It’s Boosted vs. the world

Share All sharing options for: The best electric skateboard

Electric motors are in almost everything these days — bikes, scooters, cars. But one of the most fun things to ride is an electric skateboard. And as this market has grown over the last few years, some of them have gotten so good that they’re actually practical to use every day. If you live in a city, you can use electric skateboards in place of other transportation options.

A good electric skateboard needs to have more than just a few miles of range. It should be fast — not just because that’s fun, but because you need that speed to get around obstacles in a hurry. On the flip side, electric skateboards also have to be able to stop quickly and reliably, too.

It’d also be nice if they were cheap, but the best ones are still relatively expensive. So that means you should look to get the most for your money with things like durability, connectivity (aka a good mobile app), and good customer service.

Unfortunately, it’s actually not that easy to find electric skateboards that hit all these marks, without spending a couple thousand dollars. There are a ton of options in the low to mid hundreds of dollars range, but most of those are more toy than tool. And there are some really interesting options (modular design, stunning range) from startups like Mellow or Evolve, but they’re some of the most expensive. If you want a good, reliable electric skateboard that’s both fun and will get you to where you’re going, the choice is actually pretty obvious.

This article was updated on July 20th, 2018 to add the Boosted Board Stealth.

The best electric skateboard: Boosted Plus

Big surprise, the best electric skateboards being made right now are from Boosted, and the best one Boosted makes is the newest version of the same longboard they’ve been making for the last few years. It’s called the Boosted Plus, and it ticks almost every box on the list.

The Plus has an advertised 14-mile range, which is closer to 10 to 12 miles in real-world use, depending on how and where you ride. That’s still plenty to cover most trips without charging, though. On previous Boosted boards the five to seven-mile range always caused me anxiety, but on this board I almost never worried whether I was going to run out of charge in the middle of a ride. I’ve even just been able to ride it to work and back, a 12-mile round trip.

Boosted’s boards are also super durable. The longboards can handle hundreds, even thousands of miles with lots of love and care. The Plus, like its predecessors, is ultra flexible to the point that you can jump on it and it won’t break thanks to its composite deck. You can ride it through puddles, too.

It’s also fast. It has a top speed of about 20 miles per hour, which is frankly as fast as I ever want to go on a skateboard. It also has the best, and smoothest, stopping power of any electric skateboard on the market, which is a huge deal when you’re traveling at those speeds.

I find Boosted’s longboards to be the easiest to ride. Part of that comes from the fact that they have four different ride modes, so you can start off slow if you’re still learning. But a big part of it comes from the remote, which is the best one by far. It uses a spring loaded wheel to accelerate and to brake, with just the right mix of tension and play. This makes it really easy to control your speed and stop without these movements being too sudden. The Plus’ wheels are the widest ones Boosted has ever used, and they grip the road really well, which makes for a steady ride.

The Plus’ size makes it easy and fun to ride, but it’s also one of the biggest drawbacks. At 16 pounds, this thing can be a chore to carry around once you hop off. The charger is pretty unwieldy, too, though the longer range on this board means you’ll make fewer trips where you have to carry it with you.

Our review of Boosted Board Plus 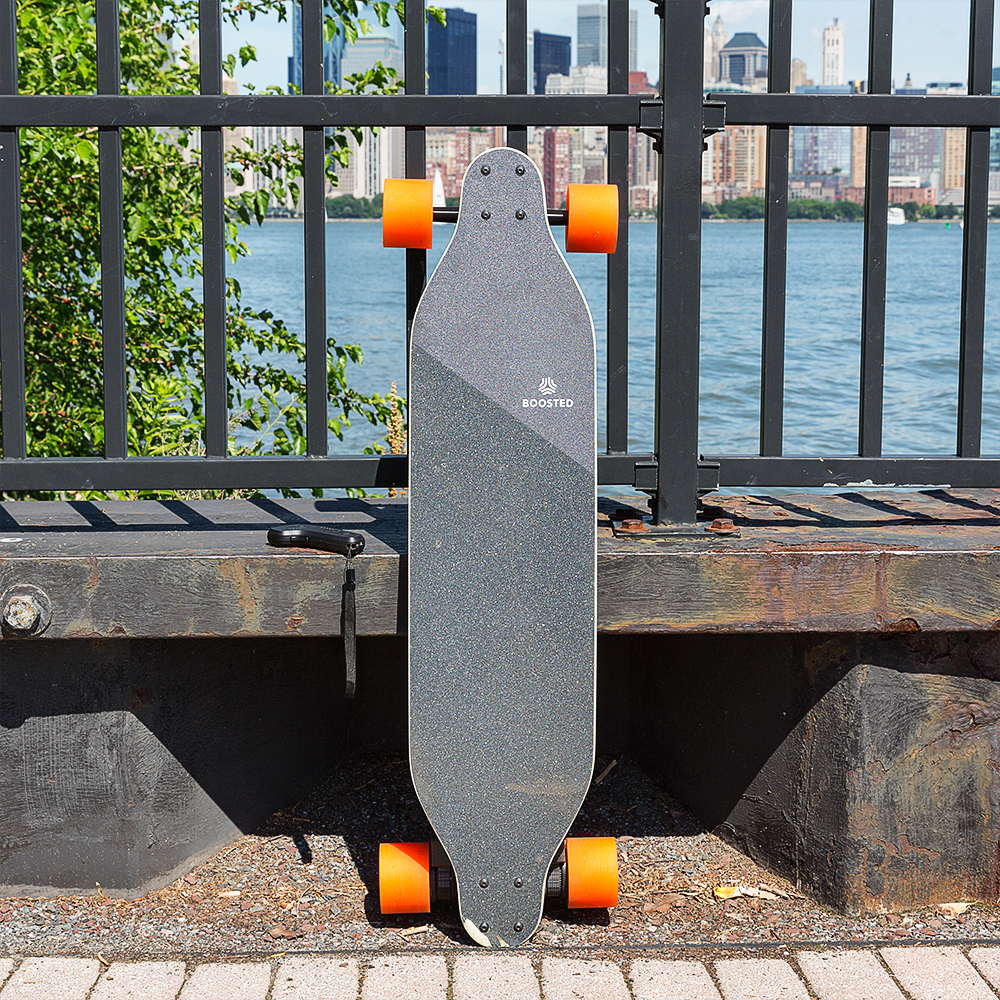 Another place where the Boosted Plus loses points is price. Boosted dropped $100 off the cost of this board compared to the last version. But when you consider how so many competitors are still in that $1,000 and up price range, I’d argue this board is where that money goes the farthest.

My next favorite option is also from Boosted, and it’s the company’s new short board: the Mini. It’s a stiffer board, so the Mini doesn’t have the same ride comfort as the Plus. It also still weighs 15 pounds, even though it’s significantly smaller.

But these tradeoffs are worth it for the price. The Mini offers seven miles of range for almost half the price of the larger boards, and Boosted sells an extended range version that, like the Plus, travels up to an advertised 14 miles for a little bit more money.

The different versions of the Mini are the cheapest boards Boosted has ever sold, and yet they offer so many of the things I love about the bigger board — the durability, the app, the sure and speedy ride — for half or two-thirds the price, all in a package that’s far easier to carry around.

One of the only drawbacks about the boosted mini is how it rides. Everything feels like it rattles a bit more thanks to that stiffer deck, slightly smaller wheels, and the shorter wheelbase. This means you have to be more careful with bumps and cracks in the road. With the extended range Mini, I could theoretically make that same commute to work that I enjoyed on the longboard. But the Mini is so much less confident on the rough NYC roads that I would probably never bother.

If you want the quality of the Boosted longboard experience for a little less money in a package that’s a little easier to lug around, the Mini is better than any other electric short board you’ll find.

Our review of Boosted Board Mini S 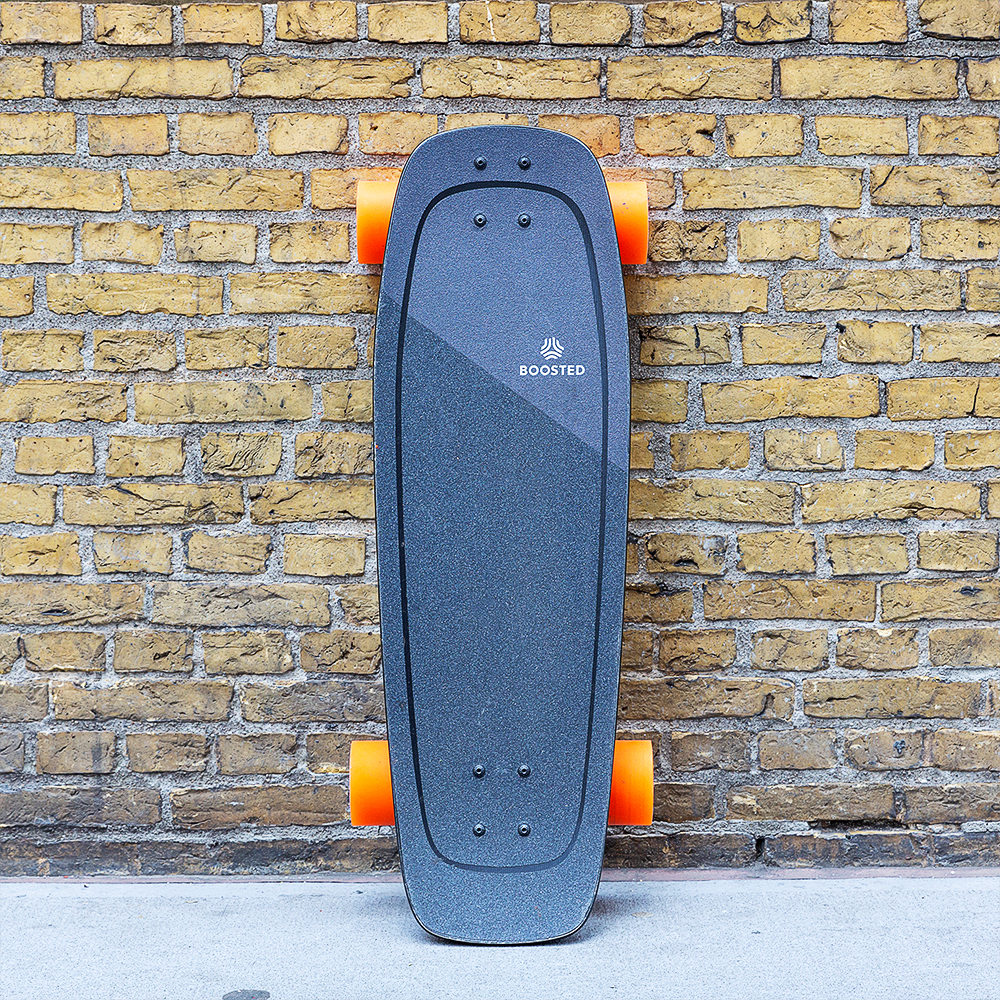 Boosted isn’t the only game in town of course, but based on our experience with the competition, it’s the farthest ahead.

There is a long list of other options beyond what Boosted makes, but the drop off in quality can be pretty severe if you’re looking for anything more than just a toy. Even some of the more well-known options, like the Acton boards, don’t hold up in comparison. There are also companies like Mellow doing clever things, like trying to sell a drivetrain that can be attached to almost any board. But by and large, if you’re looking for something under $1,500 right now, there aren’t too many sure bets.

Our review of Boosted Board Stealth 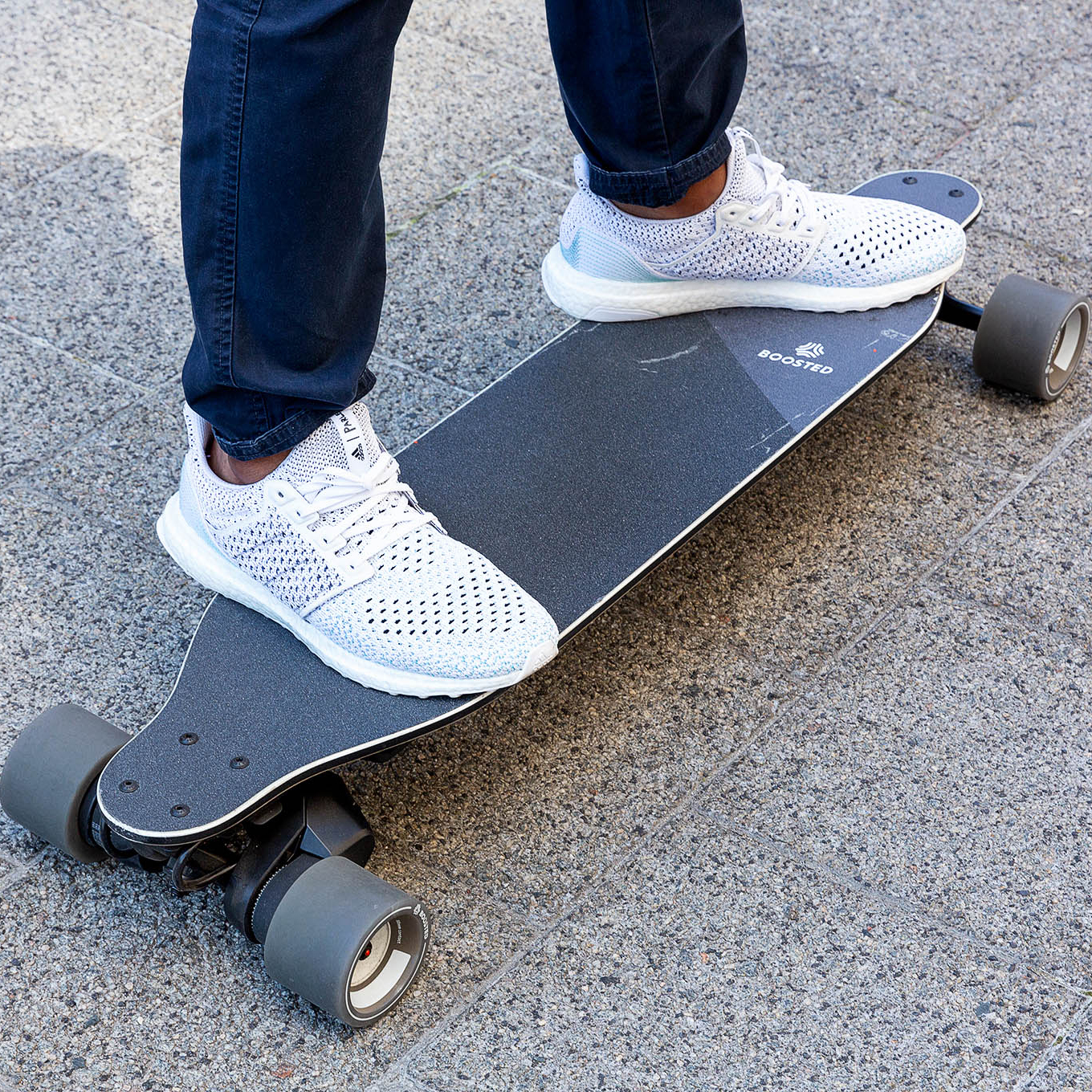 Our review of Inboard M1 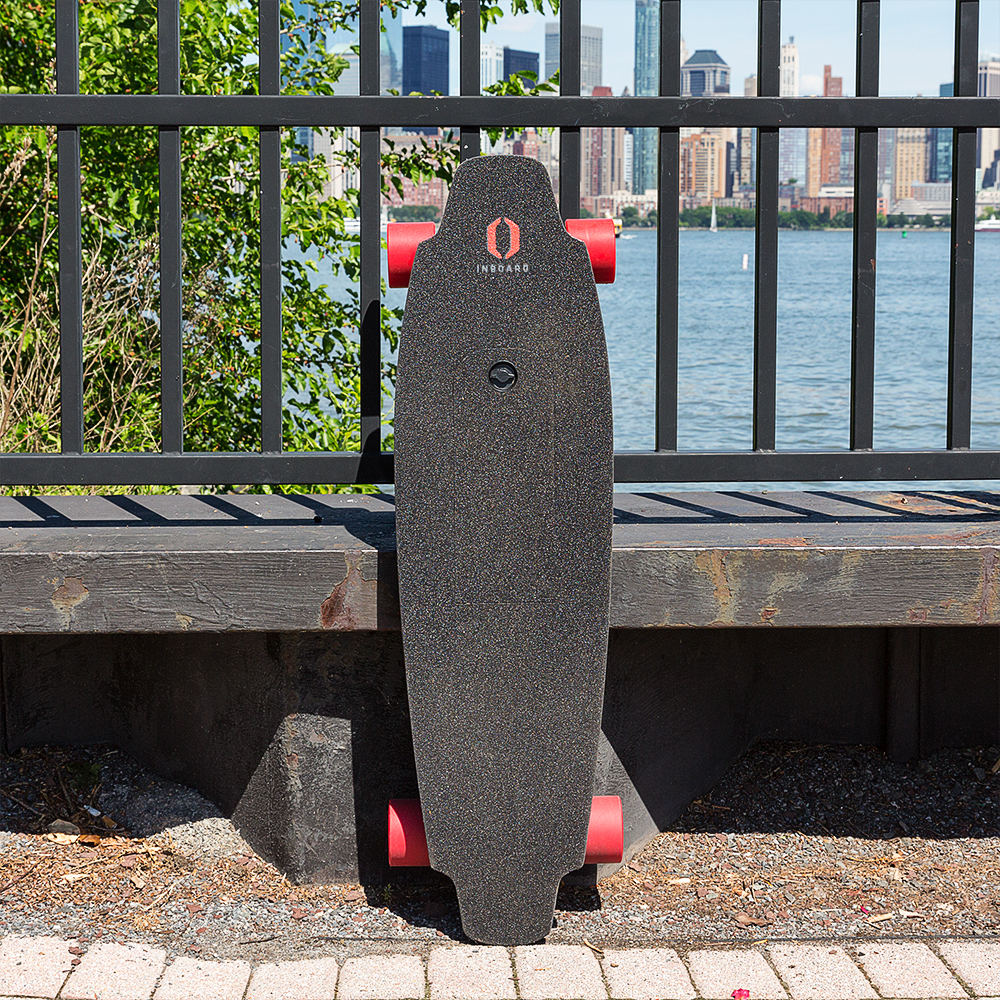 Our review of Mellow Kit 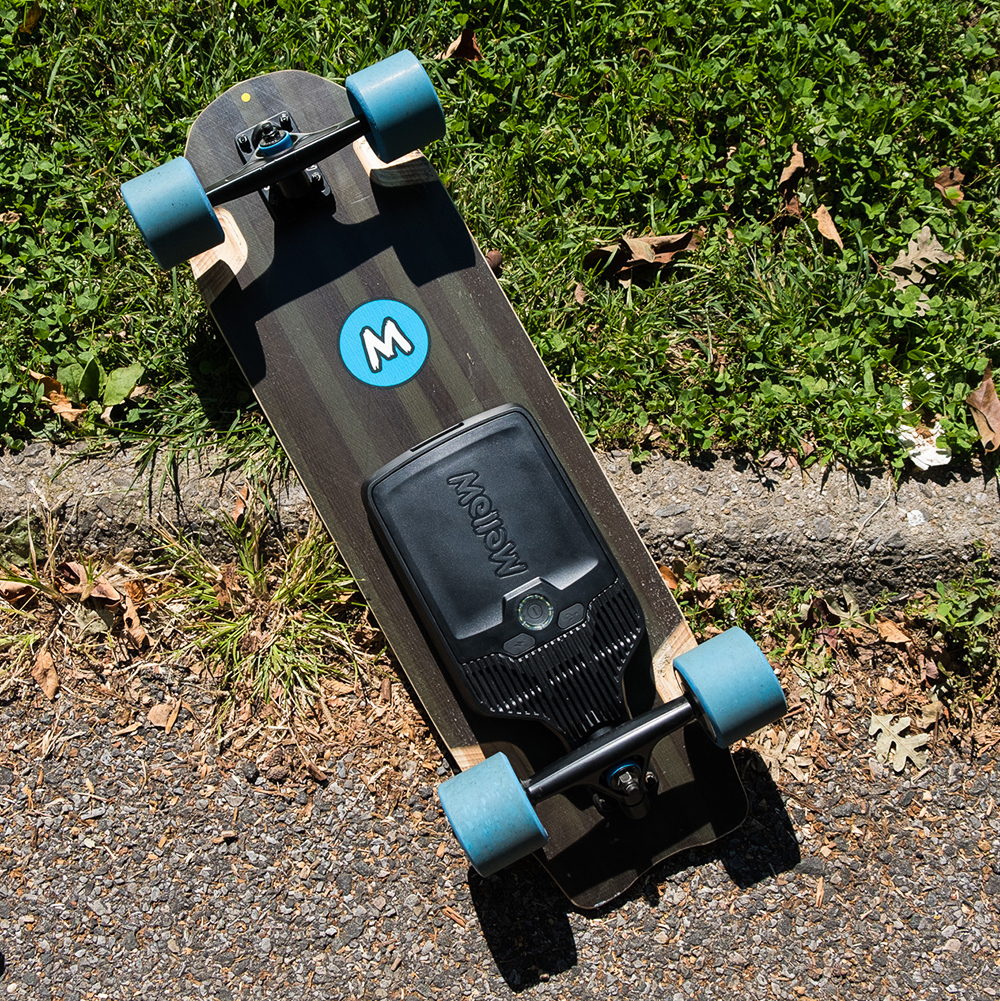 Our review of Acton Blink S Board 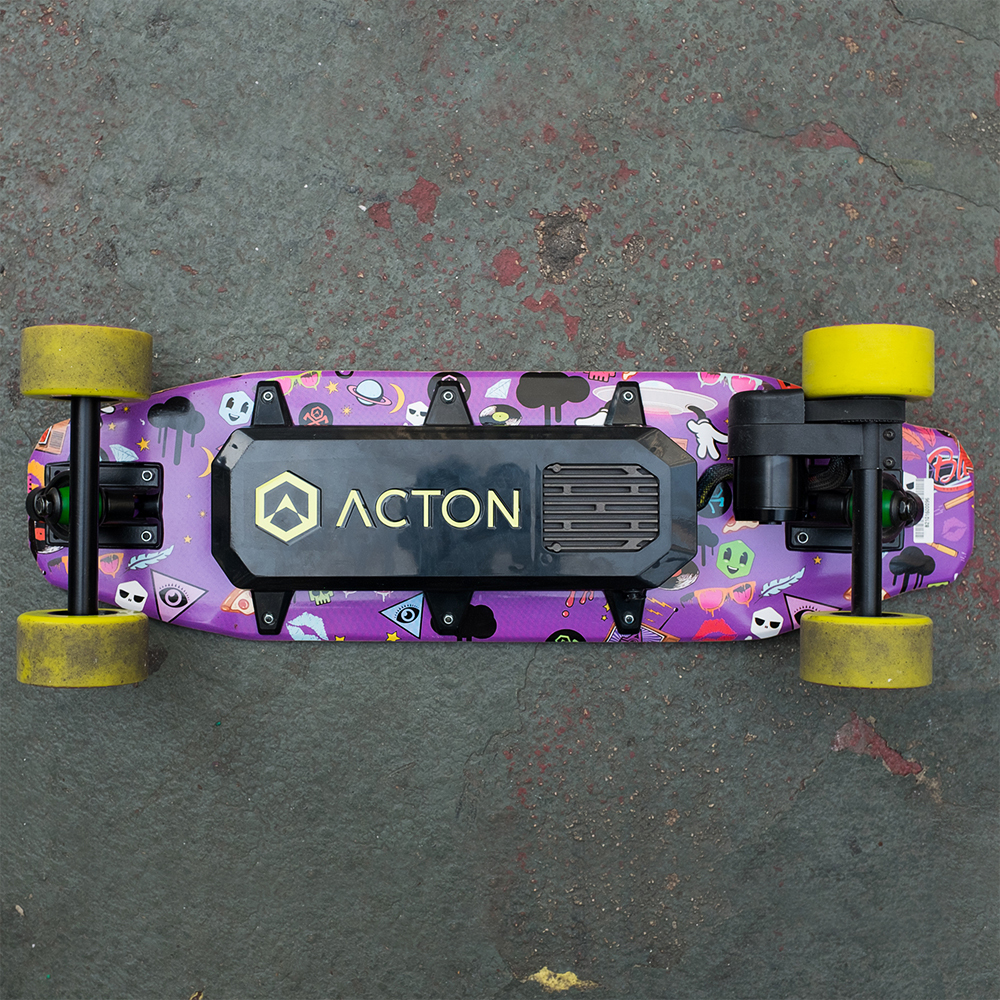 Our review of Acton Blink Quatro 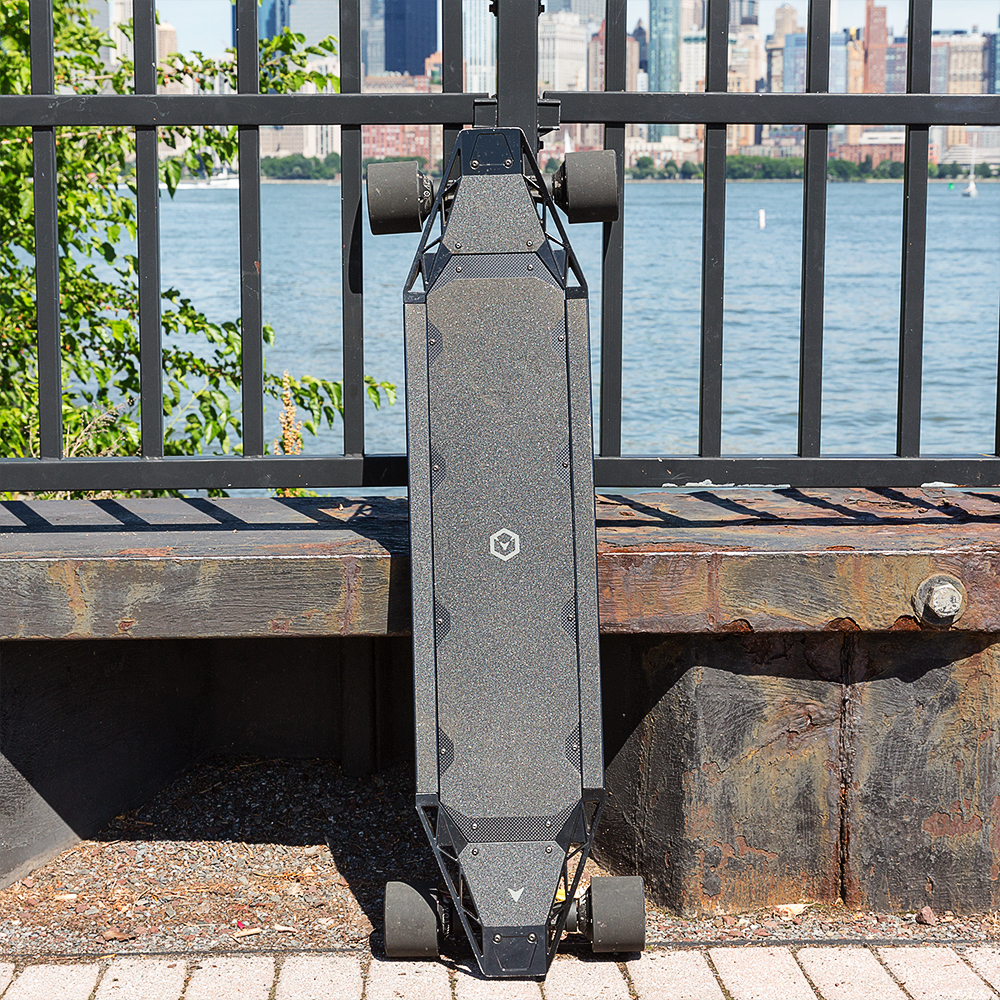