The best indoor home security camera you can buy

Share All sharing options for: The best indoor home security camera you can buy

Like so many gadgets of the past half-decade, security cameras have gotten smart. Typically, a smart home appliance just means you get a mobile app to tinker with settings, and maybe some light automation — perhaps an Alexa integration, if you’re lucky. But thanks to advances in artificial intelligence, security cameras are getting much more sophisticated. Almost all of the mainstream ones do motion detection, and some can differentiate between people and pets and even perform real-time facial recognition.

But do you really need a camera in your home that can tell the difference between a child and a dog, or that has a database of faces that let it recognize all your friends and family? That all depends on why you’re interested in a home security camera, what you think you’re going to use it for, and how many people in your household you’re trying to keep tabs on.

Given that criteria, the best indoor home security camera for most people isn’t necessarily the smartest, and it’s definitely not the most expensive. But it covers most bases, at a reasonable price, and it allows you to add more features through a cheap monthly subscription.

This article was updated on June 27th, 2018 to include the new Wyze Cam Pan. Be sure to check back here going forward for new updates if you’re not buying an indoor home security camera right now.

The Amazon Cloud Cam is cheaper than most other competing cameras, and what you get for the money is almost as good as models nearly three times the price. The camera itself is easy to set up. It has night vision, and it can record and store HD footage for up to 24 hours for free, or farther back with Amazon’s monthly subscription. There’s also two-way talk and audio recording.

There are downsides: the image quality isn’t the best, and you get a fair deal of graininess and noise, especially when you use the Cloud Cam’s zoom feature. And unlike cameras from Google-owned Nest, the Cloud Cam doesn’t continuously record, but only saves clips when it detects motion or people in the frame. That makes it less useful for people who’d rather not trust the software and are more comfortable scrolling through a comprehensive backlog of footage. One notable benefit is that the Cloud Cam mobile app is way less cluttered than those from Nest, Netgear, and other companies. It’s just three screens: an account management panel, a live feed screen, and settings list.

There are some compromises you have to make with the Cloud Cam beyond just picture quality. The camera on its own will only do motion detection. If you pay for Amazon’s $6.99 per month cloud subscription, the camera can perform “people detection,” so that it can differentiate between humans and pets. But unlike cameras from Nest, it cannot perform facial recognition. That means you’ll get constant notifications if the camera is facing a busy part of your home, like the living room or the kitchen. With Amazon’s subscription, you can use the Zones feature to section off portions of what the camera sees to tell it to ignore activity in that area.

Our review of Amazon Cloud Cam 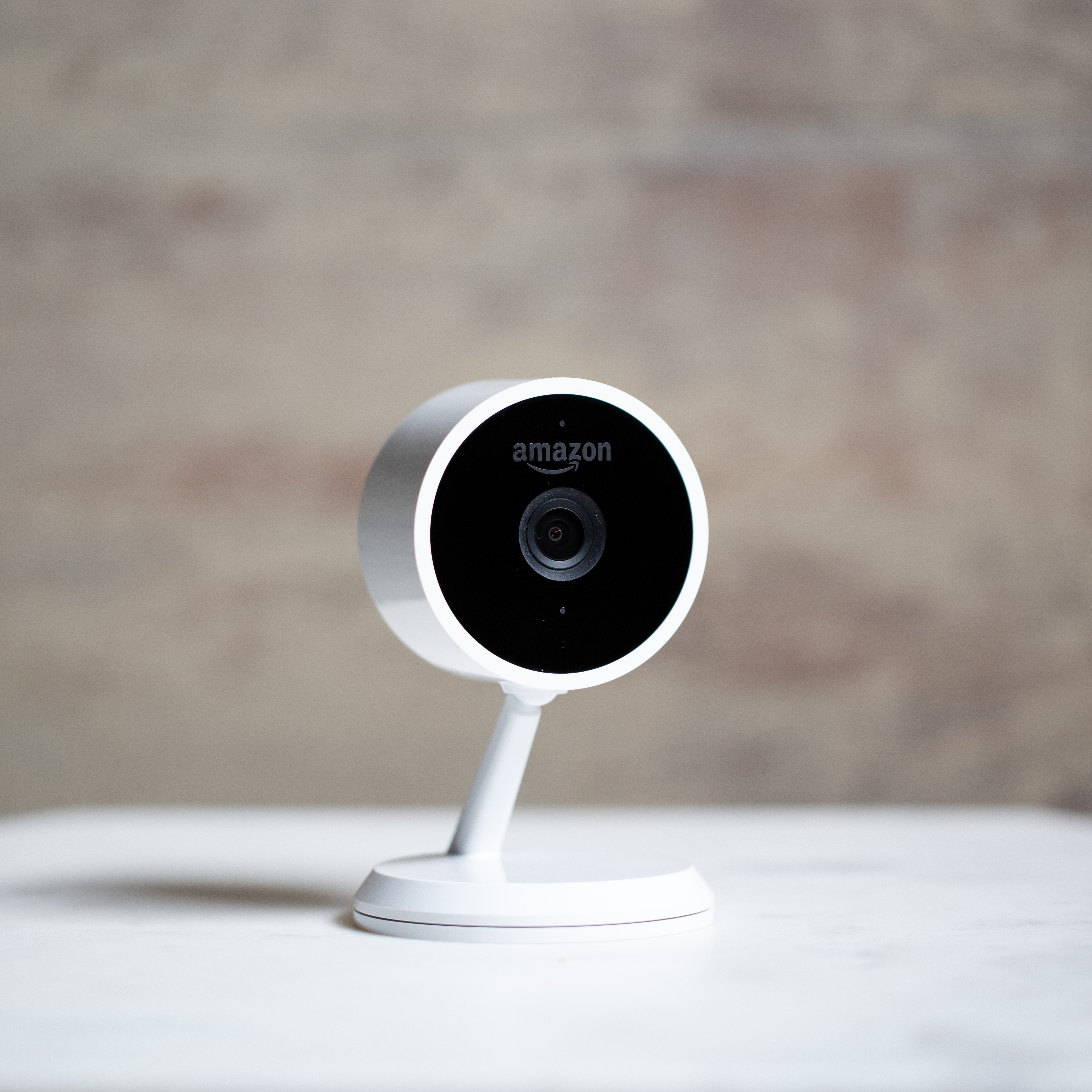 So I don’t think most people are really losing out on too much, and the AI shortcomings aren’t enough to tank our recommendation. Considering all the additional features you get with the subscription plan, the Cloud Cam is arguably the most capable camera for its price.

If you’re looking for something a little pricier but higher-quality and much smarter, the Nest Cam IQ is a solid buy. The device records in HD and comes with night vision and a lot of other bells and whistles. But its picture quality is stellar, with a 4K sensor with HDR to account for constant changes in light. The Nest Cam IQ also has a powerful microphone array and speaker. So with Google Assistant built in, it doubles as a mini Google Home. And unlike the Cloud Cam, the Nest Cam IQ can record continuously if you purchase the Nest Aware cloud subscription, so you can scroll through a whole day’s timeline with the flick of a finger.

Where the Nest Cam IQ really stands out, though, is in its AI features. Unlike the standard Nest Cam, the Nest Cam IQ knows when it sees people moving and not just a pet, no subscription required. If you subscribe to Nest Aware, which starts at $5 per month and scales depending on your video storage needs, you get what Nest calls familiar face alerts. That lets the camera recognize people. You can even go into the mobile app and train it to remember certain faces and give people permanent profiles so it remembers them later. 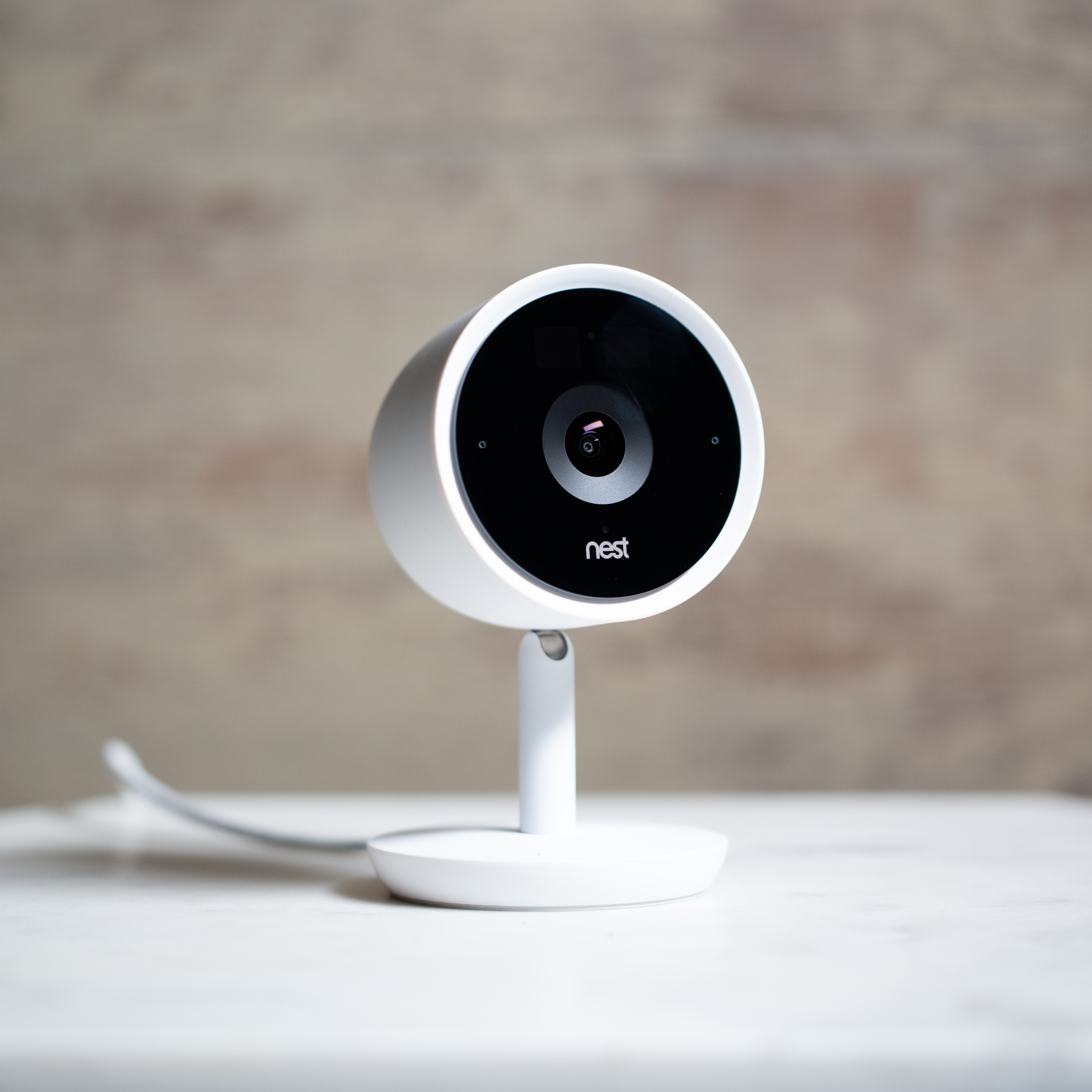 That said, the Nest Cam IQ is expensive, and you need to ask yourself if those AI features are really worth it. For someone like me, who lives in an apartment and doesn’t have kids or a ton of people coming in and out all the time, it’s a bit overkill. Also, I found the Nest Cam IQ to be a bit too sensitive on the AI front: it kept asking if I recognized the faces of actors it picked up on my TV screen. But if you have a big family, and you want to know when your kids come home from school or where the dog is or whether it’s the babysitter or a burglar entering your home, the Nest Cam IQ is smart enough to handle all that. Plus, it’s a really nicely designed gadget.

There are a lot of really solid cameras out there that will perform most of the tasks a majority of consumers are looking for — and pretty much every brand will let you link multiple cameras together. But there are a few shortcomings and compromises here and there that prevented some devices from making the cut. Here are some alternatives to consider: 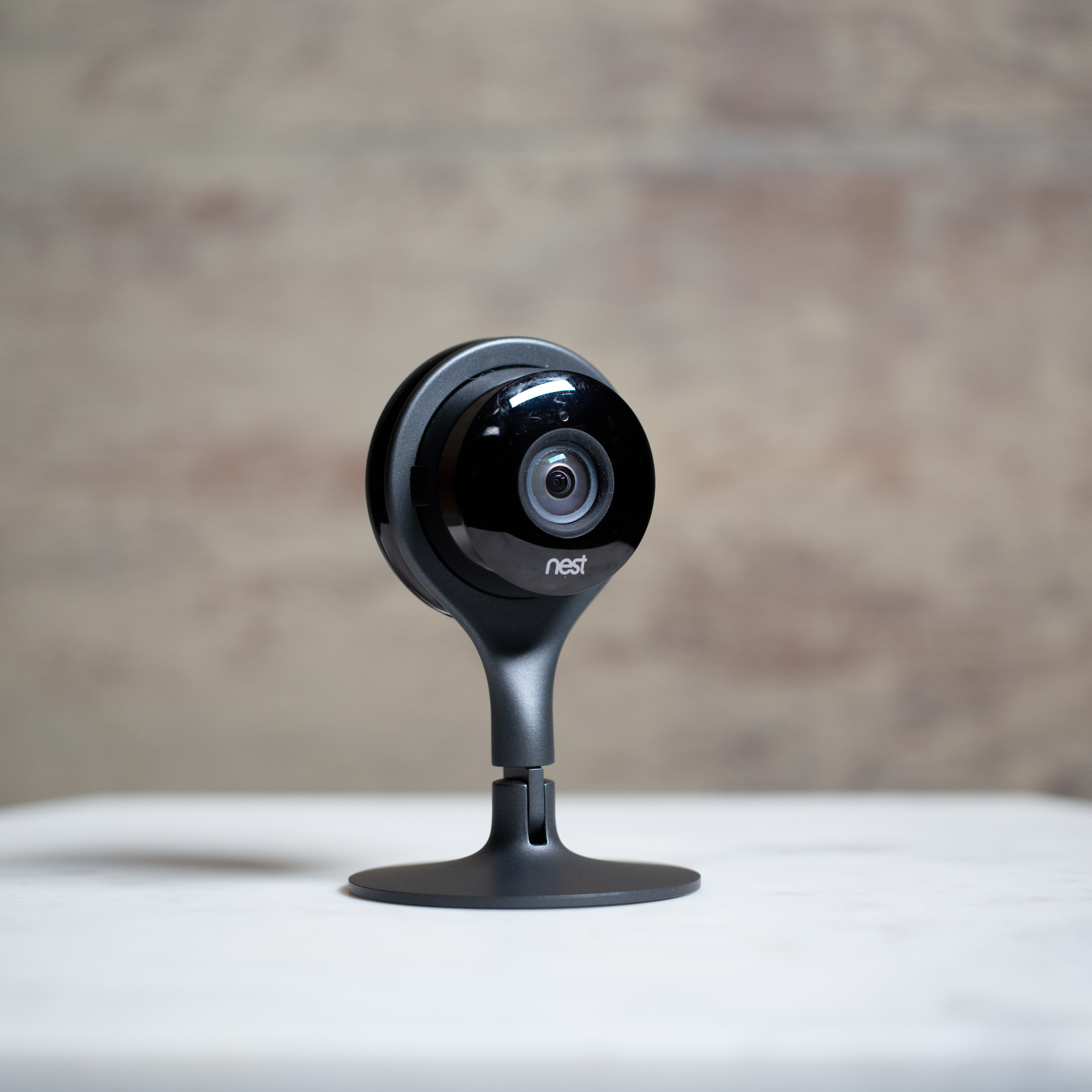 Our review of Logitech Circle 2 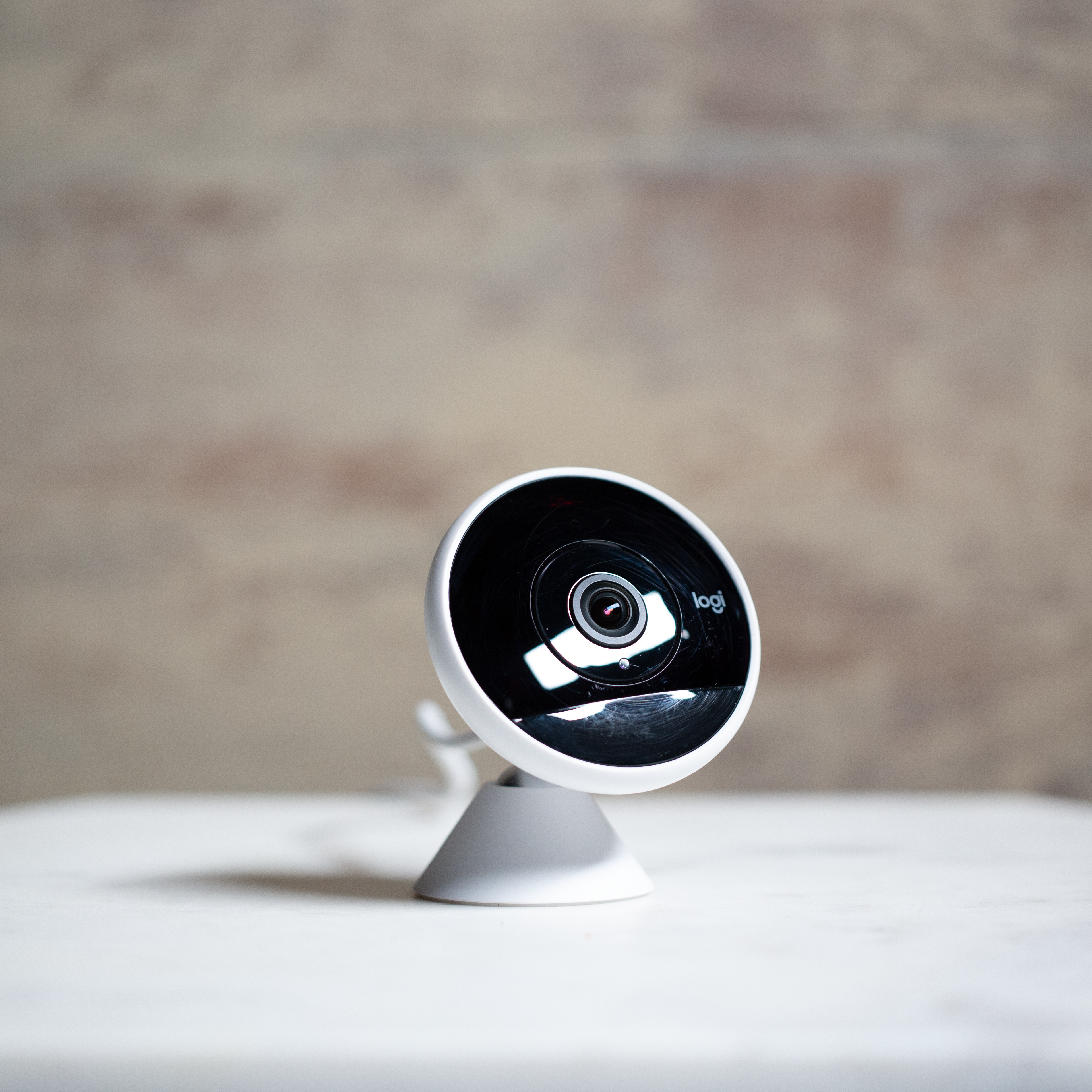 Our review of Netgear Arlo Q 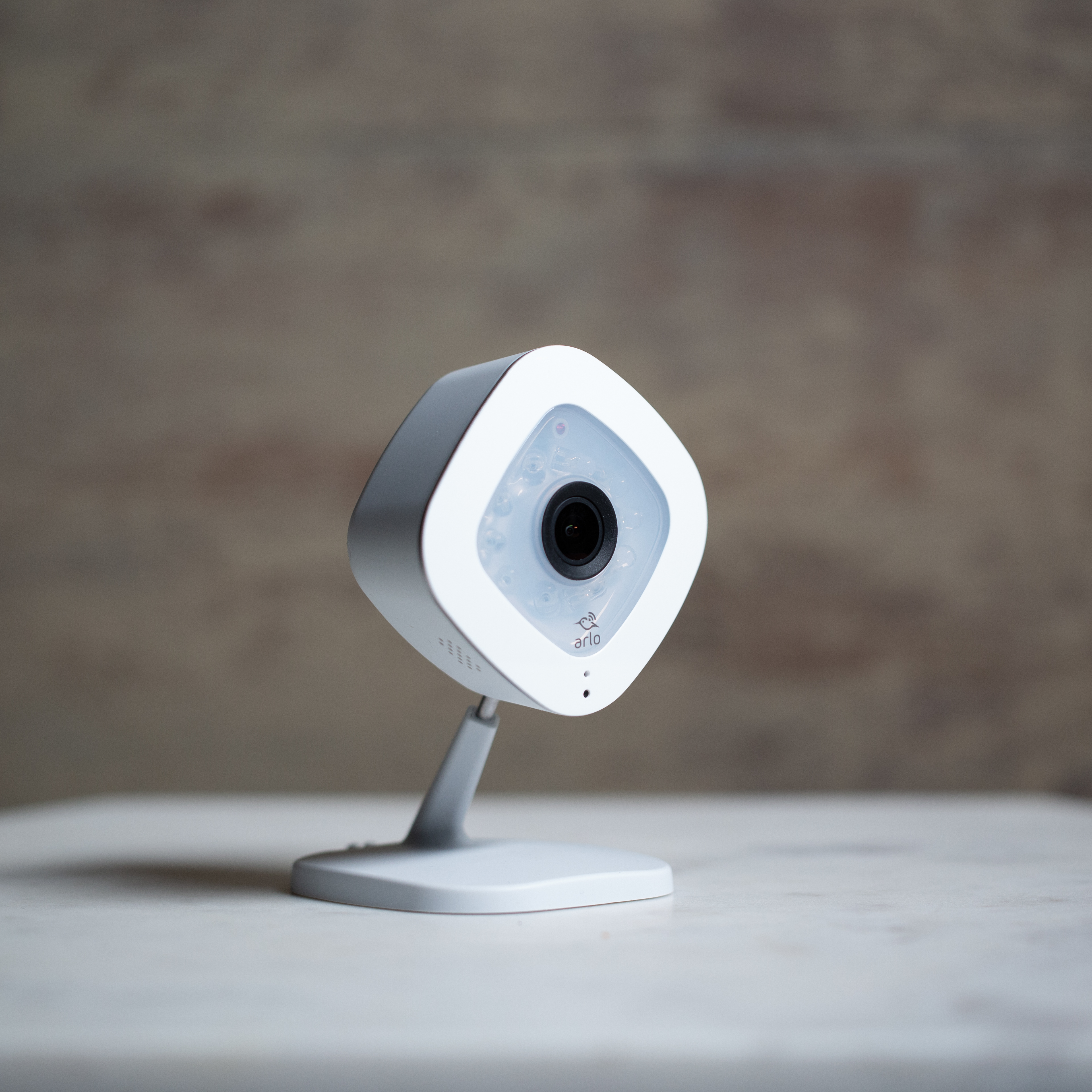 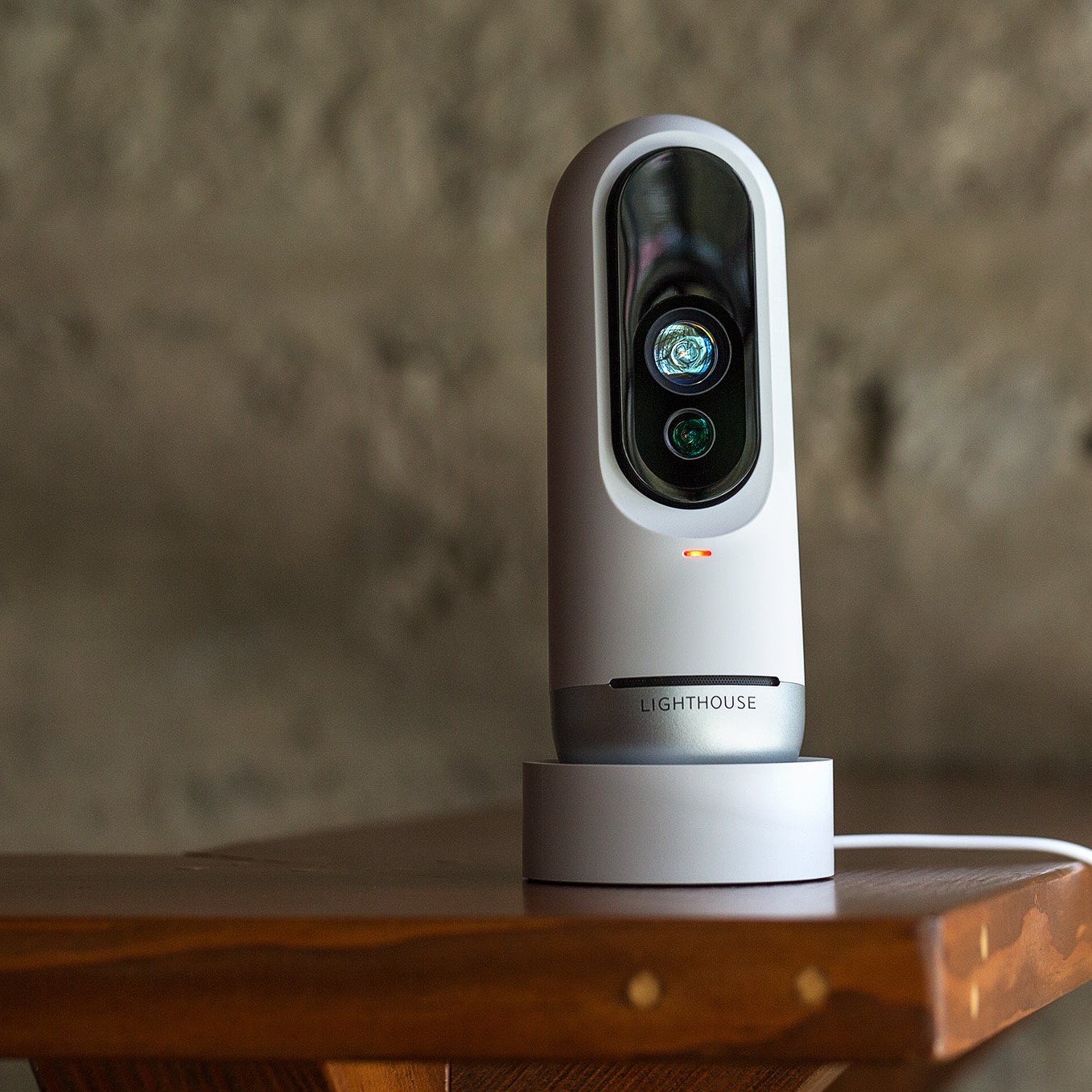 Our review of Wyze Cam Pan 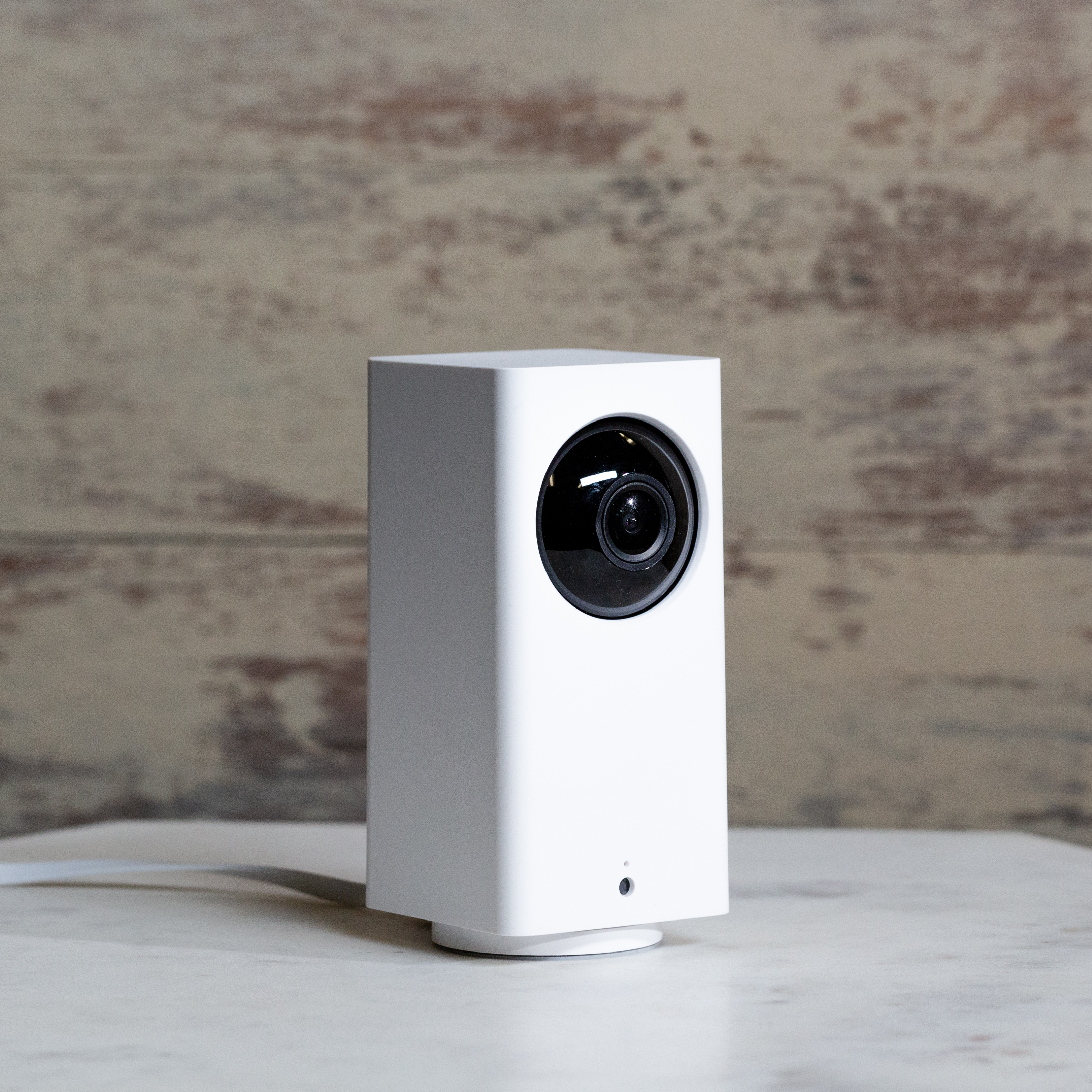