I've decided to start a new format for posts, mainly dealing with concepts and how to improve current products (or upcoming ones) with design variations and modifications. Expect some photoshops and a more visual presentation overall.

I am also playing with a multiple part format, to take away some of that daunting feeling which writing a long post can create. Hopefully this allows me to push out more posts and ideas this way. With that said, let's begin. 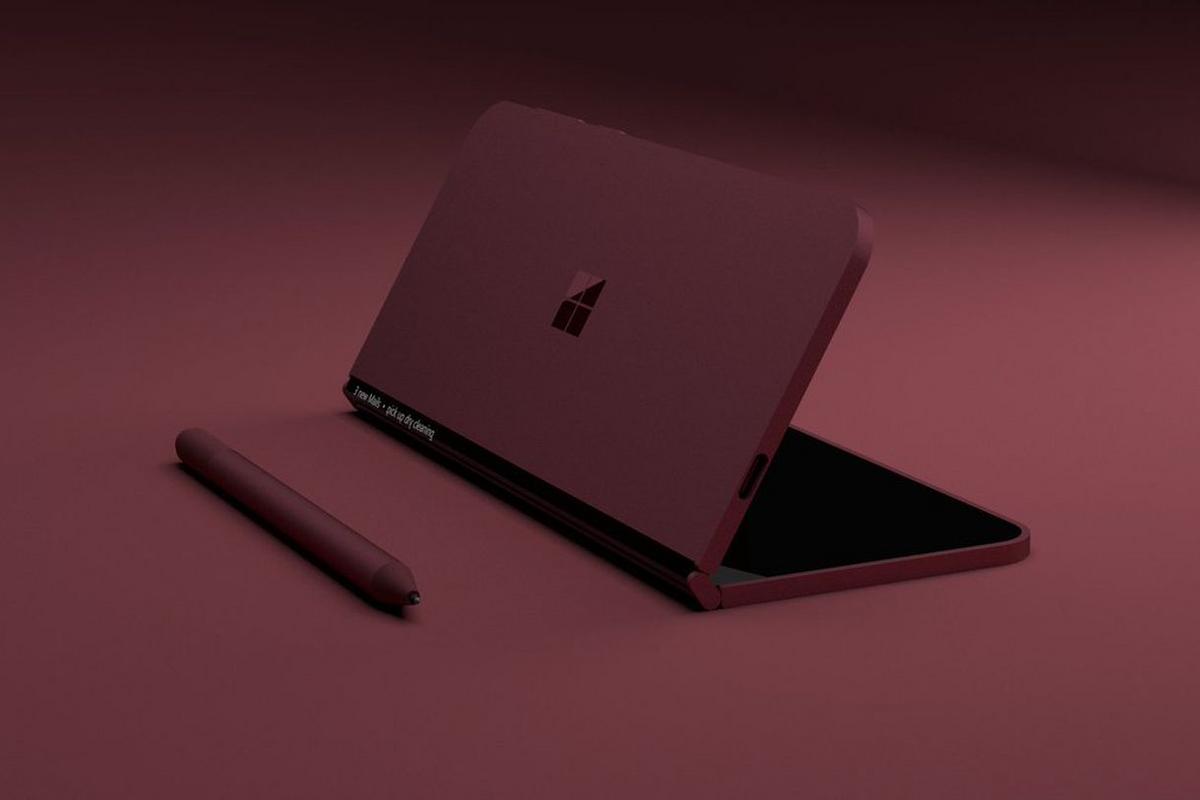 A new and disruptive device category

As many have probably read here, rumors are revving up about a new device coming from Microsoft later this year. It is rumored to be a foldable device, sitting somewhere between a phone and a laptop. I like to think of it as the Surface Mini evolved. Internal memos from Microsoft indicate 'a new pocketable Surface device form factor that brings together innovative new hardware and software experiences to create a truly personal and versatile computing experience'. It is basically the second coming of Jesus. 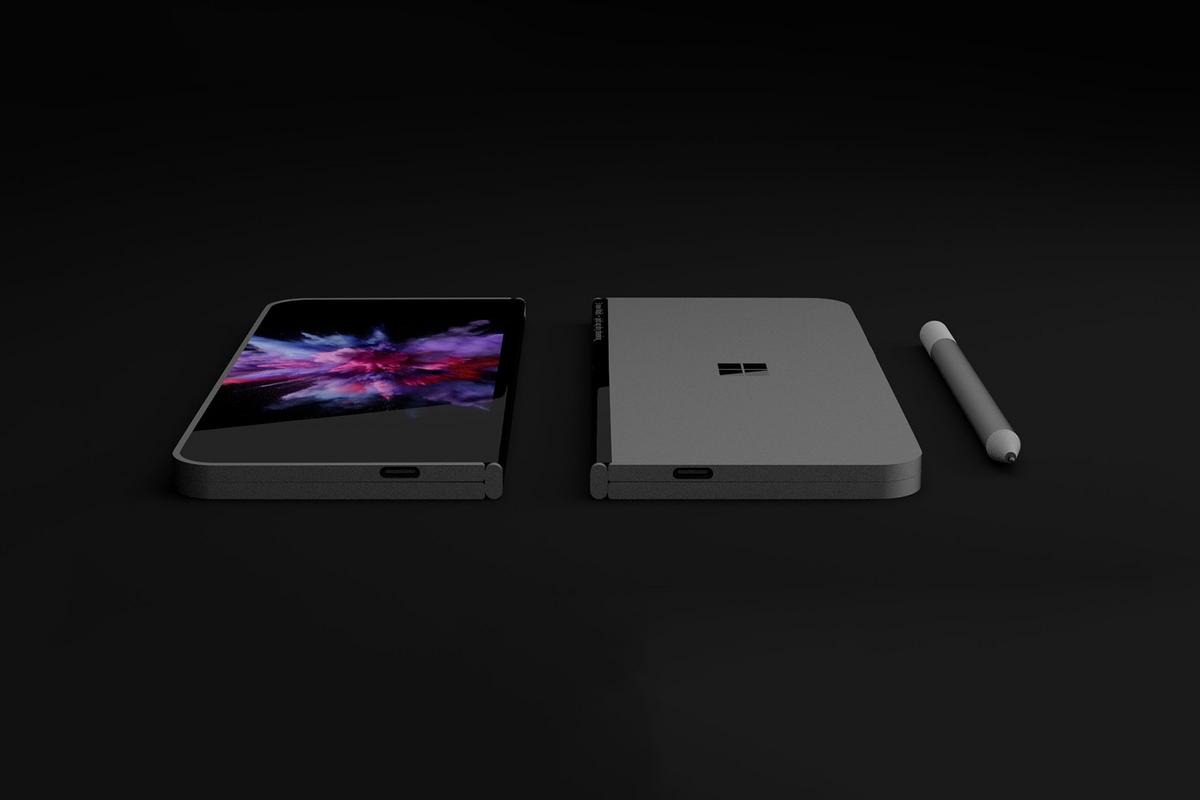 * keep in mind, these are just renders, but renders based on patents, so take them as you will

Of course, many concerns and observations have come up, all suffering from some form of deja vu. Haven't we been here before? How many times does Microsoft have to try to get back into mobile? What will be different this time, after all, it's all about the apps anyway right? Will people actually give up their iPhones and Galaxies for this? Who is this device for? Will it have call capabilities? And more importantly, will it have a notch?

To be fair, these are valid questions. I truly believe this device is a niche, maybe even a niche within a niche. Even if this device does offer more screen real estate, and Pen input, the main question is: what will make people bring this device with them, whether as a replacement for their current phone or an addition to it?

So my goal here is to present some ideas on how to bring this Andromeda out of nicheception, and into the regular level of niche that most Surface devices reside in. Who knows, maybe it will even reach the success of the Surface Pro line. And here we go... 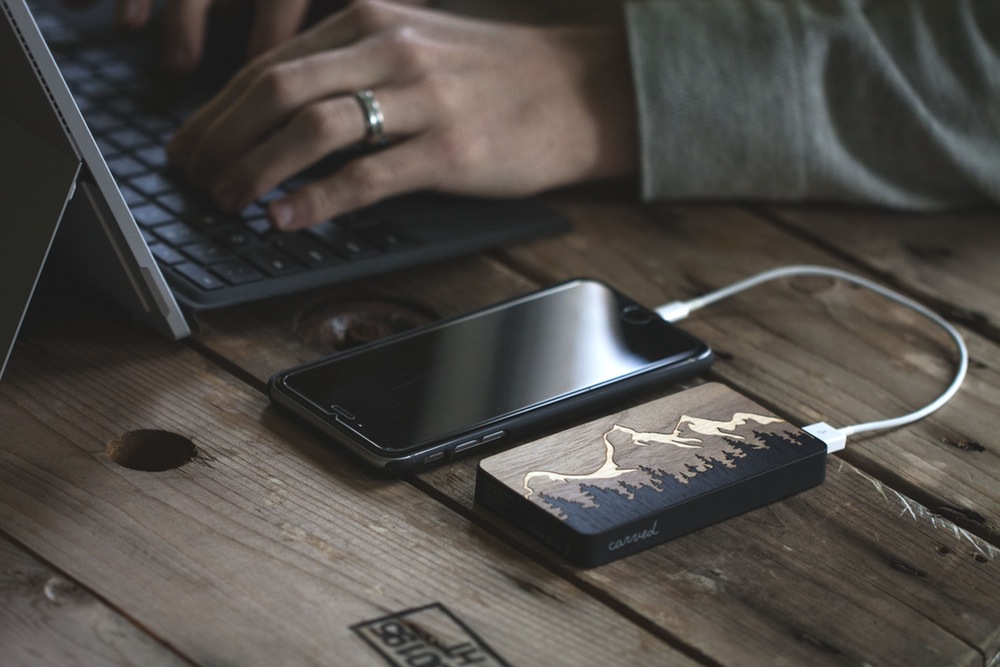 My first thought was if this is going to be taken out into the world as an accomplice to an individual's regular phone, be it an iPhone X, or an S9, what would convince someone to do such a thing? After all, over the last few years the trend has been all about convergence and minimizing our daily carry. No more cameras, phonebooks, music players or flashlights - it's all contained in one device. So why bring another? Obviously the Andromeda does offer some things unique to it that a phone does not, but none of that is useful if the device is left at home. So it got me thinking, looking at the device and trying to see ways that would encourage individuals to take it out with them alongside their current phones. 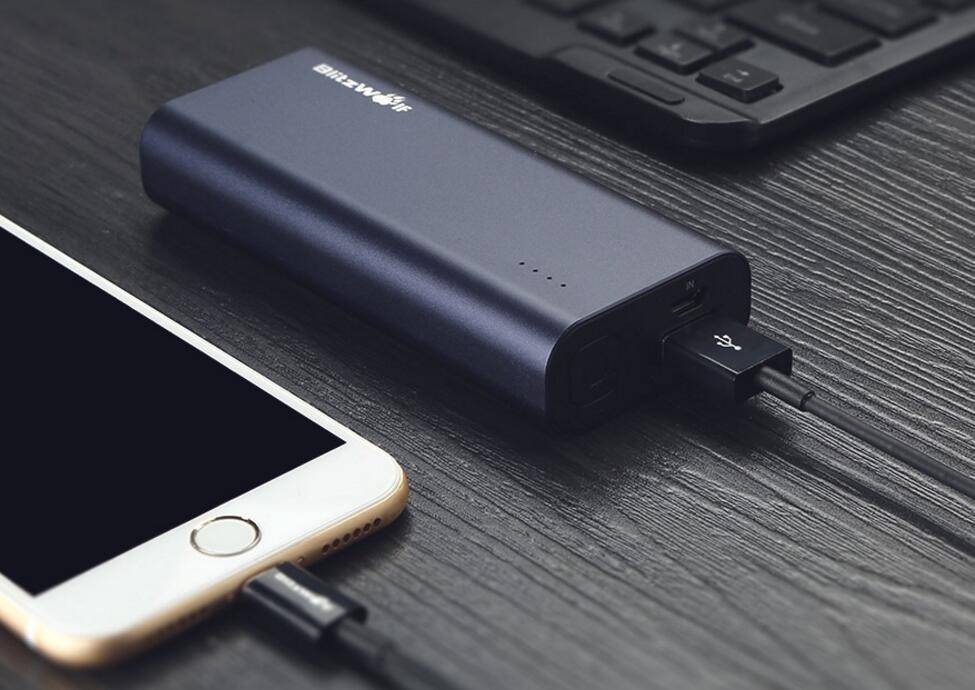 And one idea I came up with was - what if the device doubled as a mobile power bank. These seem to be fairly popular, with people using them to top up their phones periodically throughout the day, or even other devices like tablets. If one could plug their current phone of choice into the Andromeda to charge it occasionally (once a day?), yet the device kept enough of a charge to power itself, we could be looking at a win-win situation here. Do you think that enough people could be convinced to carry around/replace their power banks with this device? It obviously would be much more expensive than a normal power bank, so the benefits of the device would have to factor in. Let's have a look at what this Andromeda type device could add to the user's life.

fold into the future 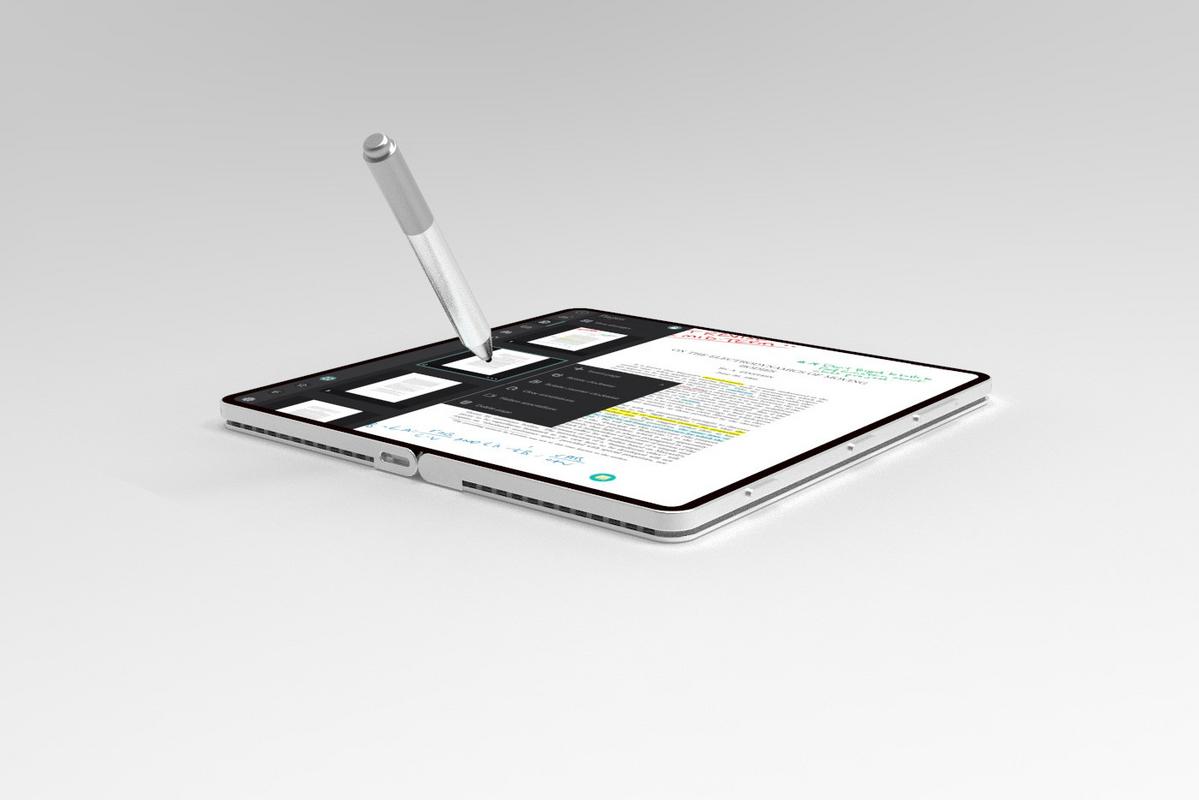 If we accept the power bank idea, it brings us to what would one actually use the Andromeda for? Once people have become accustomed to bringing it out into the wild with them, what benefits would it actually provide? I still firmly believe this device will/should be aimed towards creatives and professionals, much like the Surface Studio was. It is not a device for the masses really. In many ways, the Andromeda and the Studio share common traits. They both have a beautifully engineered hinge to transform their use. They both have high resolution touchscreens. They both run Windows 10. 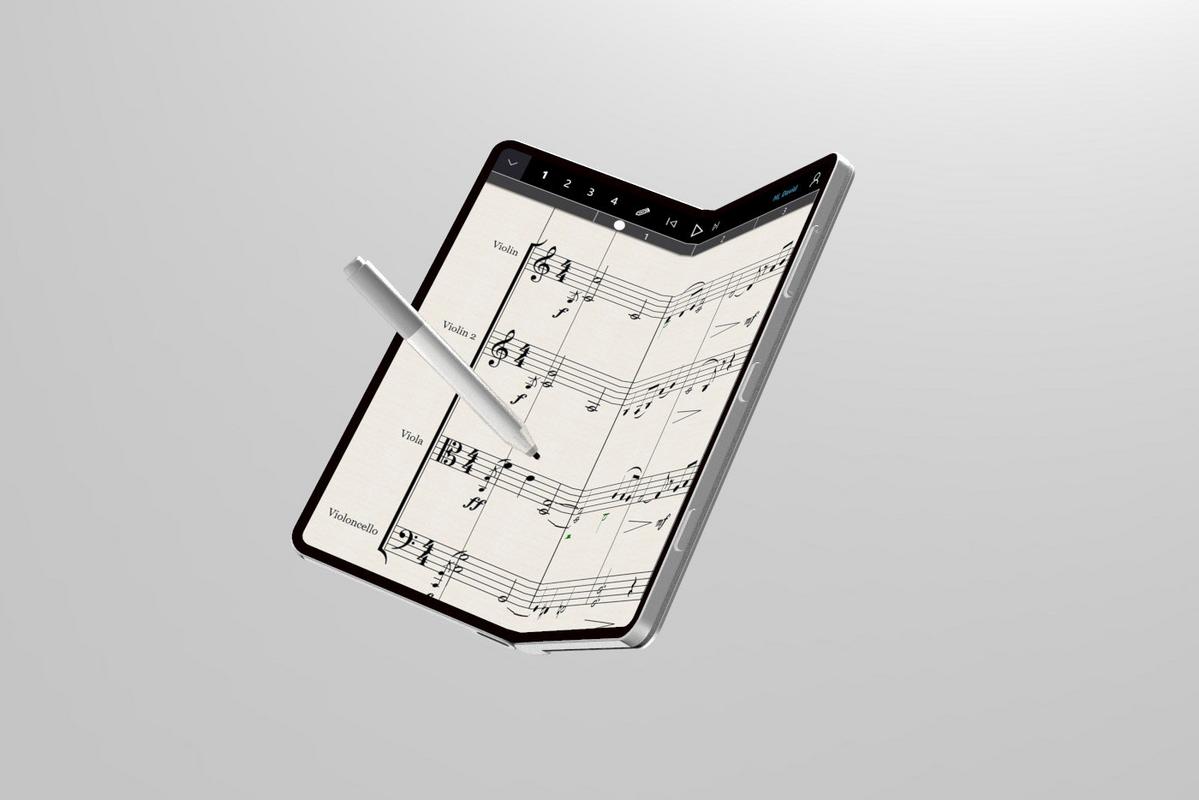 But the main connection between them is they both shine with the introduction of the Pen. Taking the device into a purely digital canvas environment is where these devices show their laser focused purpose. Forget the physical or digital keyboards, leave those for the Surface Pro and Book. These are devices that go beyond the standardized usage of laptops and AIOs, they are a bridge between the versatility of digital, and the humanity of physical pen. Let's celebrate that, in large and small sizes.

THE HUMANITY OF A PHYSICAL PEN 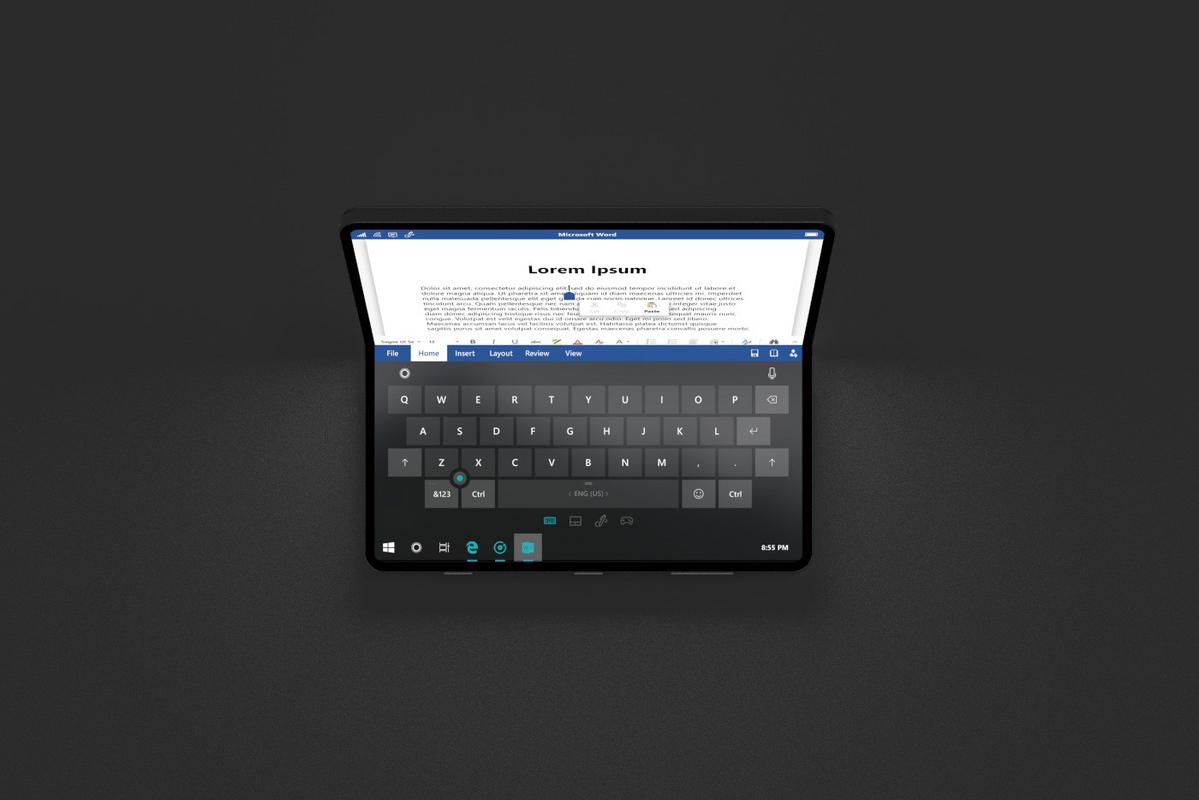 There have been some murmurs of the device being used as a mini laptop. I have my doubts about this. It would be a very small keyboard and I'm not sure it would add any real speed improvement to typing or getting work done. I'll hold off my complete judgements until it is released. I do think that holding the device like a small tablet however, perhaps with a split software keyboard, makes much more sense. This is a device one needs to hold, not sit on a counter or table. That is the very nature of it's shape and design. 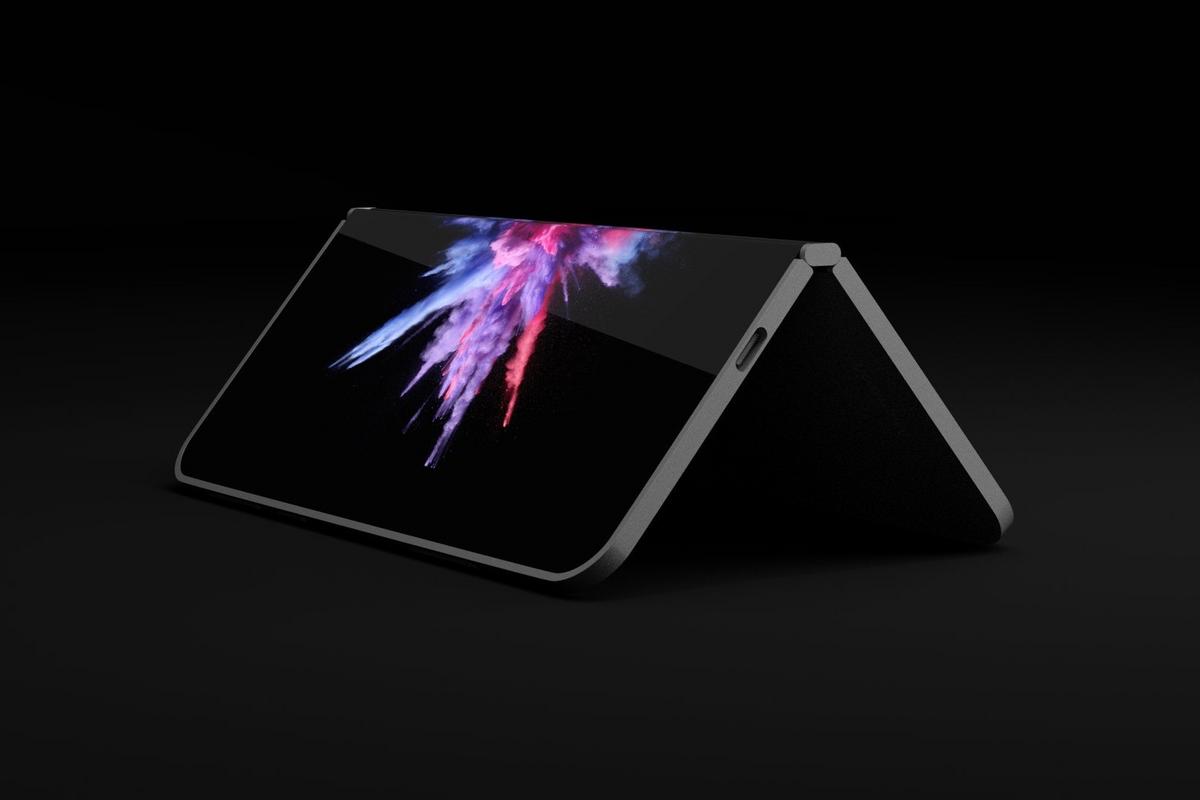 However when in a passive mode, such as in tent mode, sitting on a flat surface may yield some interesting uses, such as an alarm clock or teleconferencing. Rumor is Microsoft implementing APIs that relate to the different positions of the 2 screens. This has always been a core value of the Surface line - creating products that not only look good, but are a synergy of hardware and software. Hardware decisions that have a purpose. 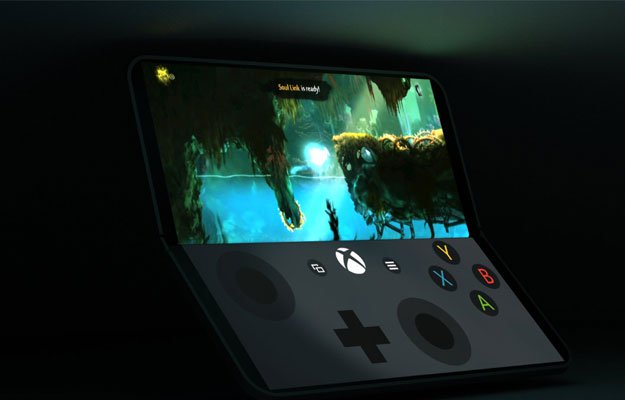 Another rumor is using the device for gaming, not dissimilar to a Nintendo DS. I think this is a good show of the what the device and its form factor can provide. However I would almost rather see what this form factor can do for mobile gaming by utilizing its full screen potential. Remember this image from the recently released ZTE Axon M? 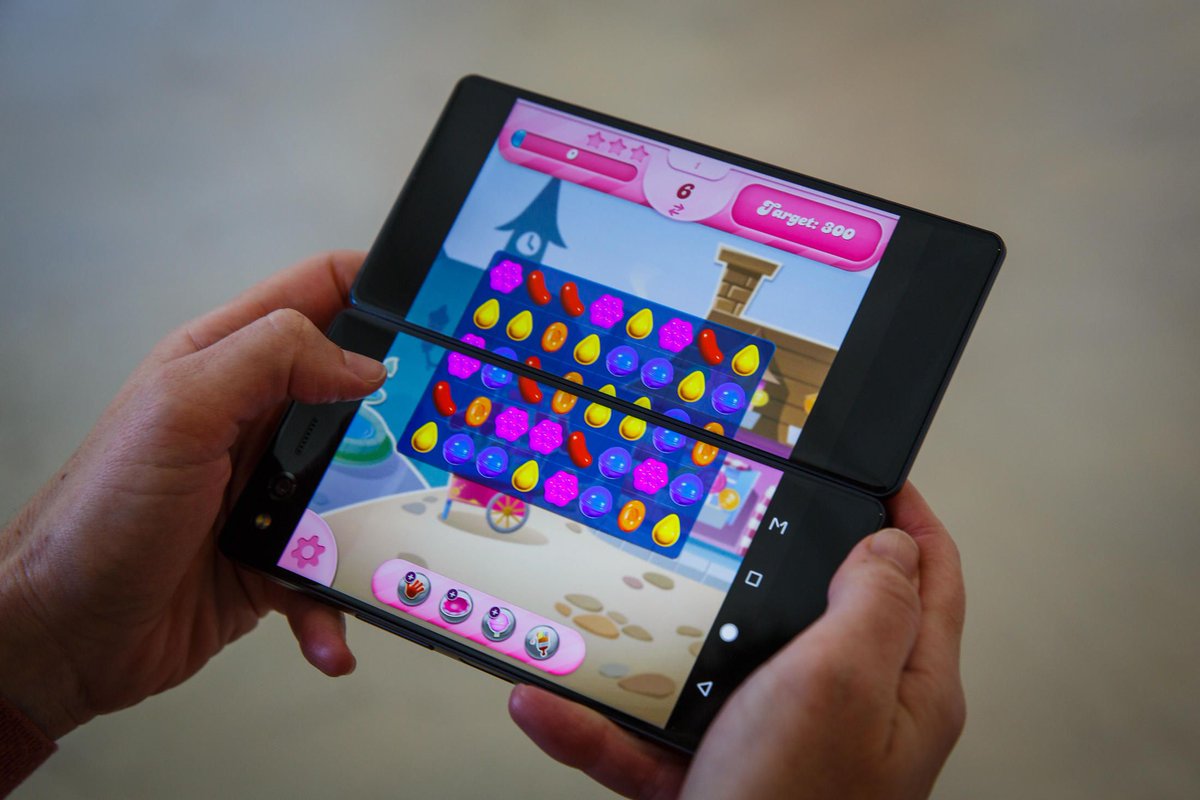 *just imagine this, without the gnarly black line across the screen

I tend to think the square format really can work for games. It feels more immersive and can also be practical, showing the player more of the environment and possibly warning of impeding dangers coming their way. 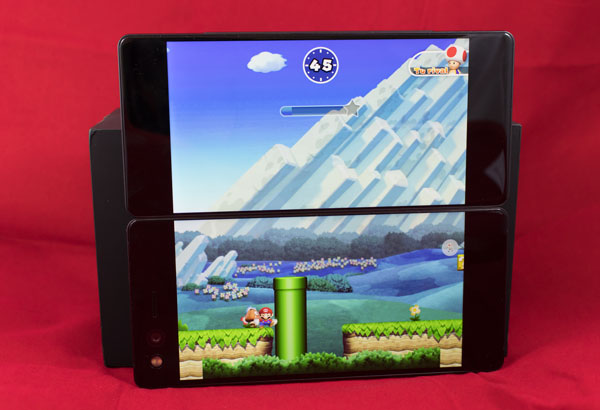 The question of bezels

Needless to say, the Andromeda needs to be bezelless. Here is a visual guide as to why: 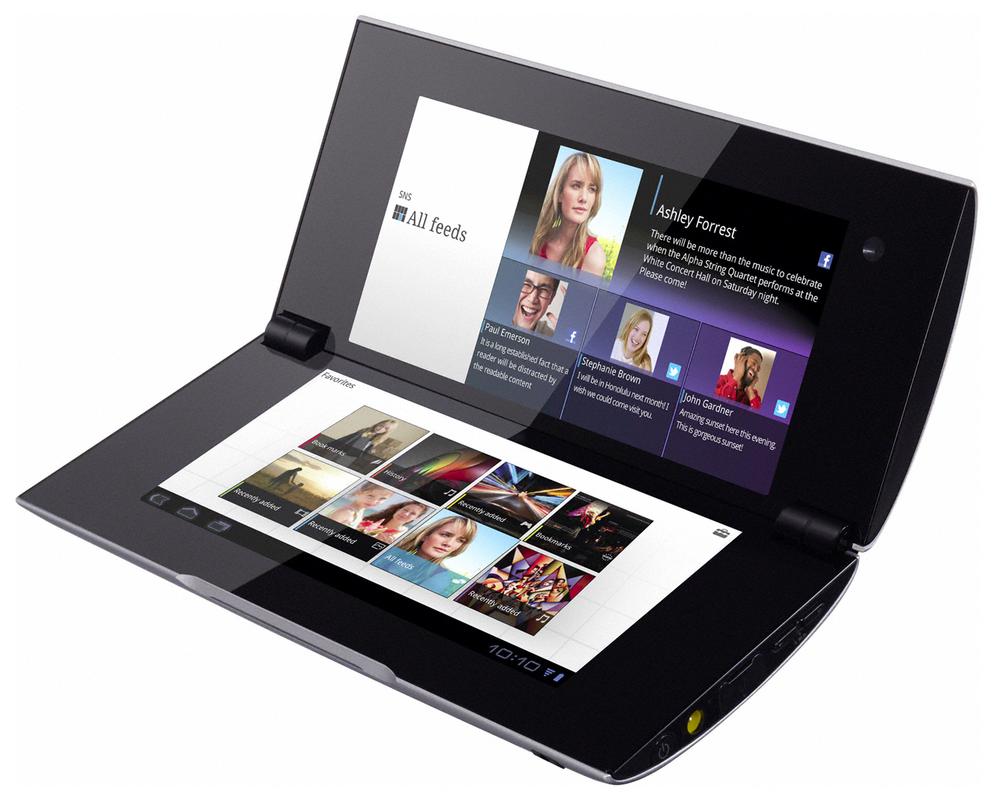 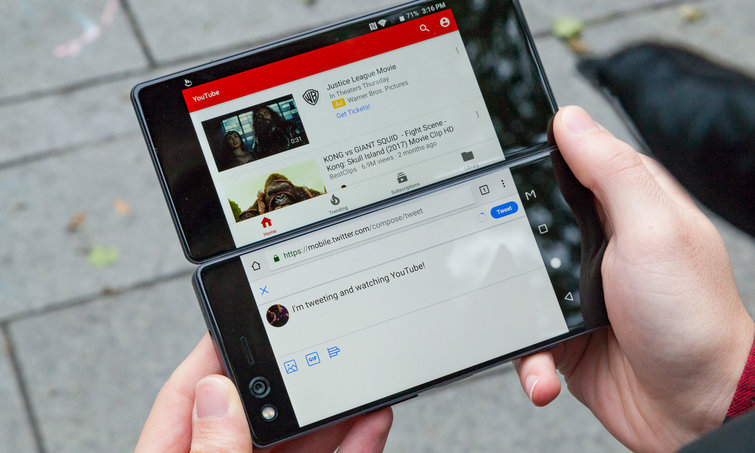 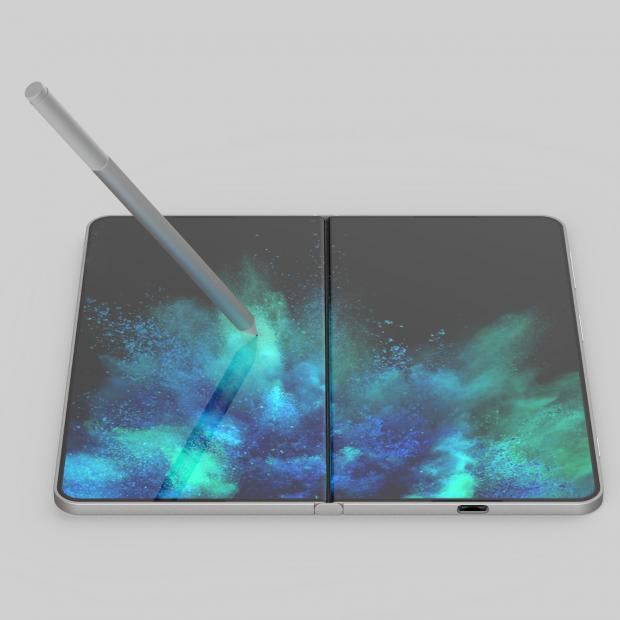 *royalties paid to Apple, due to use of exploding colors

You need that immersion, otherwise it just doesn't work. Now I'm not saying the bezels have to be as slim as the above, but as close to that as possible.

right down the middle

Another advantage the Andromeda has is proper dual app scenarios. I'm sorry but split screen on phones suuucks. Apps are not made to be tiny squares, and the experience reflects this. A proper dual app display with the apps being displays in their native size is the way to go. Power users will love this, I know I would. 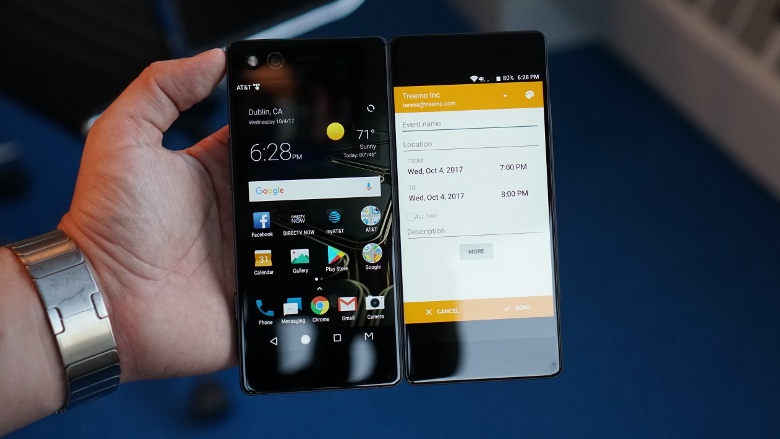 Those are my summarized thoughts on not only the Andromeda, but on how it can be incorporated into a user's current lifestyle as well. Stay tuned for part 2, and feel free to share your thoughts below.