Not all parts were made equal

By Stefan Etienne@StefanEtienne Jul 5, 2018, 9:00am EDT
Photo by Amelia Holowaty Krales / The Verge

Ever fancied on-ear headphones that you could swap for over-ear pads? Master & Dynamic has made that possible with the MW50+ headphones that retail for $399 — these are premium cans with 40mm beryllium drivers, after all. For the high price, M&D includes a predictably wide range of accessories: a USB-C charging cable, 3.5mm audio cable, carrying pouch, and a case for the ear pads.

Headphones that offer both on-ear and over-ear experiences aren’t all that common, but it has been done before, in fact more than once, in efforts to cater to both portability and audio quality. The idea is that you’ll want the smaller cans for while you’re out on the move and the bigger version for when you want higher-quality listening at home.

Our review of Master & Dynamic MW50+ 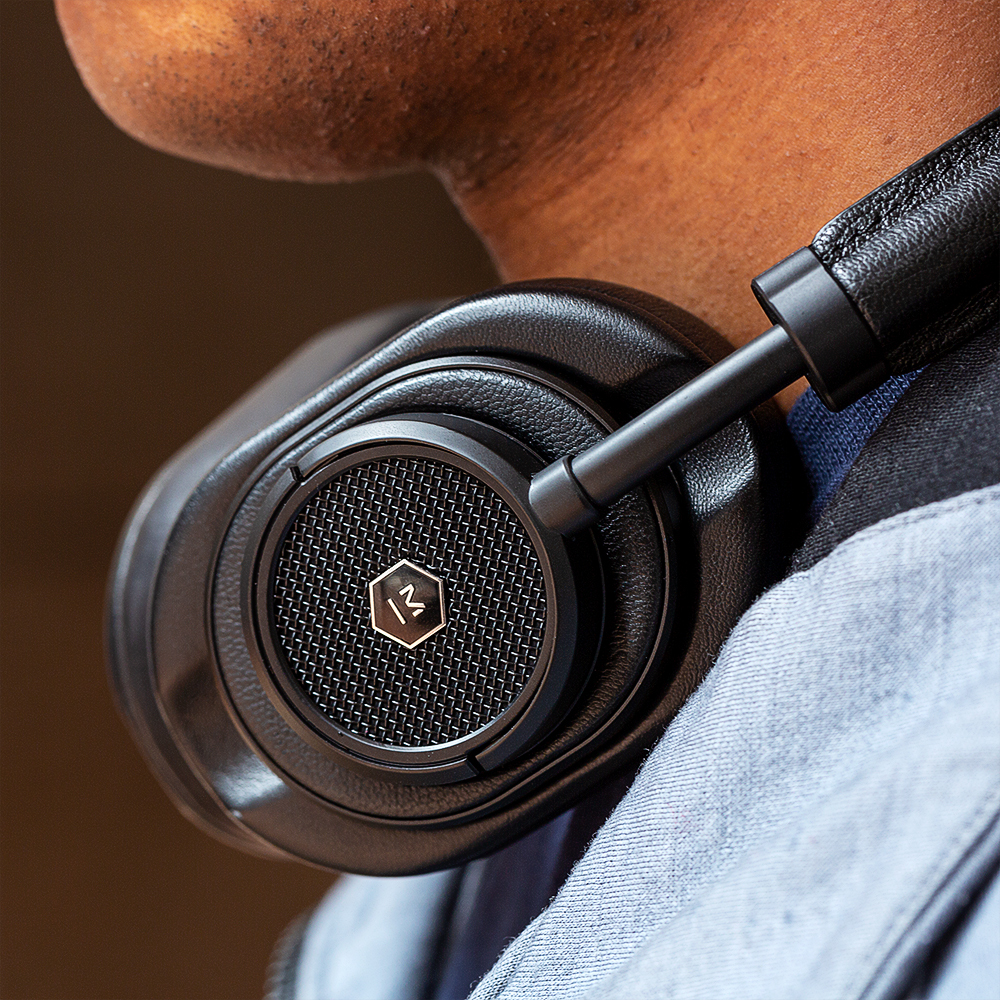 Before I get to how the MW50+ headphones sound, it’s important to talk about how they fit and look. They have a charming design with modern and retro touches, like the faux open-back mesh. Strangely, they only fold flat and can’t fold inward, making them less portable than they arguably could be.

Every pair of MW50+ headphones comes with on-ear and over-ear pads, held in place by two small pegs and magnets. When using the on-ear pads, the experience is vastly different compared to the over-ears: they sit comfortably due to how soft they are, but are prone to listening fatigue after an hour of usage. They’re plush to the touch, wrapped in lambskin, and filled with memory foam.

The over-ear pads are made from the same materials as the on-ears, but are less plush and eventually feel like they’re clamping onto your skull due to the small size of the headband. They also have small cut-outs on the outside to ensure the headband and wires are unobstructed. Whether I was using them on my commute, at work, or in my home office, the MW50+’s over-ear pads were more comfortable than the on-ears.

Basically, the on-ears are most comfortable for a short listening session while the over-ears are best for longer sessions.

The on-ears deliver decent noise isolation when I’m commuting — M&D currently doesn’t offer noise-canceling headphones — but of course the over-ear pads offer encapsulation, so they do a much better job of keeping environmental sounds out.

Unfortunately, the over-ear pads are the weakest part of the MW50+’s kit because they fall off too easily. They will separate from the headphones’ headband while they’re in your bag, or if you shake them, or even if you just hold them by the ear pads. You can even mistakenly separate them while taking the MW50+ off your head, if you’re not careful. It’s a horrible oversight to have the main feature — interchangeable ear pads — be unreliable on a new pair of otherwise great-sounding headphones, especially for an audio company that frequently markets its attention to detail.

The magnets in the over-ear pads are weak

I have a diverse listening style — K-pop, hip-hop, EDM, classical, jazz, and lo-fi, to name a few — so it was to my surprise when I found out that the larger pads made the MW50+ sound worse. It took several listens of the same tracks (switching between pads) to come to the conclusion that bass is almost completely snuffed out when using the bigger pads.

On the flip side, audio quality is much better when using the MW50+ with the on-ear pads. I’d describe the sound profile as having punchy bass when it’s needed, with clear mids, and acute highs that can catch your attention when you’re listening. Without a doubt, the MW50+ was designed to be used with on-ear cups; use anything else and it doesn’t sound nearly as good.

Master & Dynamic also sells the MW60 over-ear wireless headphones, which were designed to use over-ear pads with larger speaker drivers, whereas the MW50+ are on-ear headphones with over-ear pads, tacked on as an afterthought. In this scenario, there’s less speaker for the same size ear cup, explaining why they don’t sound similar or better than using the smaller on-ear pads.

For on-ear headphones, the MW50+ have decent battery life around 15-16 hours, making them suitable for coast-to-coast flights. You can charge them via the supplied USB-C cable and port, but unfortunately you can’t transmit audio with them over Type-C.

Find better cans for the same price or less

Overall, the MW50+ headphones are tough to recommend because of their numerous flaws, including how different (read: worse) music sounds when using the over-ear pads instead of the on-ear variants. For the $399 asking price, you can find similar or better audio quality in both on-ear or over-ear headphones, like Bowers & Wilkins’ $399 PX wireless over-ears or Beyerdynamic’s Aventho Wireless, or if you’re on a more frugal budget get the Status Audio CB1 for over-ear headphones with great sound quality.