Tracking every step you take

If you’re an avid runner, would a pair of wireless earphones with voice coaching improve your runs, and even minimize injury? Soul thinks its Run Free Pro Bio running earphones can pull it off with a built-in voice coach that tracks your gait and coaches you, correcting your running stance and posture. They cost $149, last around nine hours on a charge and since they’re IPX5 water-resistant, can withstand water sprays and human sweat.

Egregious naming aside, the Run Free earphones actually surprised me with how informative the voice coaching was during my runs. However, this coaching feature also can distract you, and is a demerit for the music listening experience. 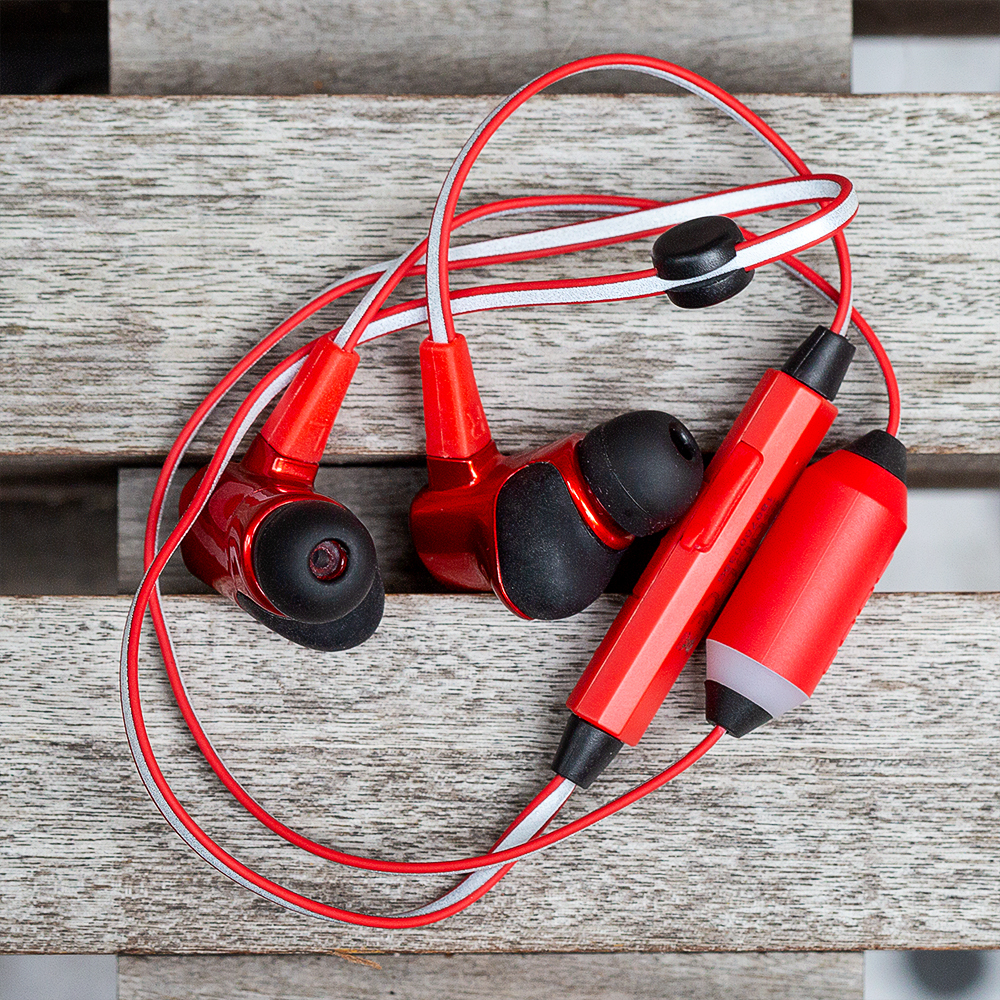 These are far from the best-looking (or best built) running earphones I’ve tested. That title would go to the Jabra Sport Coach, which had better ergonomics and styling than the Soul earphones. Besides coming in a shade of candy red — my favorite color, just not on earphones — Soul also sells the Run Free Pro Bio in a muted gray tone.

Those white stripes are actually reflective

Regardless of color, both sides of the earphones’ wire have a reflective strip for added visibility in the evening or at night. It’s a nice touch for added safety, but I was puzzled by Soul taking safety a step further and attaching a whole LED lantern (also containing the battery) to the left-hand side.

It’s bulky, weighs down the left earbud, and can’t be removed, but at least can be turned off within the app’s settings. However, I’d just rather it wasn’t there because it ruins the otherwise slim profile.

Looking at the Soul Run Free Pro Bio’s earbuds closely, you’ll find there’s a lot of padding for your earlobe. This comes in handy for myriad reasons, because it ensures the earbuds won’t ever fall of out of your ears while running on pavement, a treadmill, or up a flight of stairs.

If there’s one thing I’d give Soul credit for, it’s the fact that these earphones have a snug, comfortable fit at all times. And if their default size doesn’t fit your ears, there are six pairs of replacement buds, in varying sizes.

They have a tight seal that takes getting used to

Okay, so they’re ergonomic — which is great — but so what? For $149 running earphones, there also has to be great noise isolation, so you can actually hear what’s playing, and better than decent sound quality; it has to sound good and feel good to listen to. When you’re working out, everything you listen to should have a punchy, energetic, yet clear and easily discernible sound so you can feel motivated.

The Soul Run Free Pro Bio ticks all the boxes for audio quality on running earphones. They’ve done justice to my favorite tracks — EDM from the earlier part of the decade, as well as hip-hop and K-pop that energizes you by just hearing it — with a sound reproduction that’s clear at the mids, has tons of punchy bass that you can feel, and yet doesn’t come across as blaring noise. That’s all really important and I’m glad they got that part right.

The sound quality is even better than that of Apple’s AirPods; yes I know, they’re not meant for running, but it’s worth noting because the AirPods cost $10 more than the Run Pro Bio.

Obviously, these are headphones designed for listening to music, but their big differentiator is the voice coaching feature. Soul claims that not only can the Free Run Pro Bio track your gait (your manner of walking), but audibly coach you while running.

You have to set up an account in Soul’s mobile app to enable the voice coach, and I had some issue doing that in the Android version of the app. An update eventually fixed the problem; I had no issues using the iOS version.

The app had login issues that were fixed in an update

Soul calls the voice coaching feature the “Beflex BiomechEngine.” Basically, it tracks and coaches you on the following running variables: head angle, vertical oscillations of each leg, cadence, step width, symmetry, and shock.

I started my test by running in place, then setting off on a short jog, and was immediately reprimanded by the voice coach in my ears. “Too much shock,” it said. Apparently, my steps were too heavy and affecting my knees, so after I softened my step, the voice coach complimented my correction. But the BiomechEngine voice coach wasn’t done with me yet.

After running two blocks, the voice coach noted that my right leg was oscillating too high, my step was too wide, and that my cadence was too fast.

Almost immediately, I realized there’s a problem: the voice coach constantly speaks over music you’re playing. The wildest part about all of the various tracking abilities is... it works! But it’s also distracting.

After making corrections to my running stance, I stopped and set off again — “too much shock” — okay then. I decided to start my run a third time, with all of the corrections in mind for every step. I had no interruptions, instead getting a compliment from the voice coach that urged me to keep running with my current stance.

It tracks the angle, shock, and oscillation of every step you take

What this all tells me is that Soul has a competent coach that will track my steps with accuracy and provide corrections. It’s smart enough that it wasn’t fooled by my attempts to trick it: when I took a big step, then gently put my foot down on the ground, I was told there was a “high oscillation on the right.”

The issue, though, is listening to music and having the voice coach enabled simultaneously — your coach will always be louder than your music, interrupting it and any momentum you might’ve built if you were running to a rhythm.

Of course, an easy fix is just to not play music, have the voice coach enabled, and keep running. But these are running earphones designed for both listening and coaching — not one or the other. And yet, there’s no option to specifically control the volume or frequency of coaching. That’s a bummer. Unless your gait is consistently correct, the voice coach won’t stop bugging you, or interrupting your music.

If you’re going to spend money on running earphones, there’s gotta be a way to review stats from your runs. The Soul Run app isn’t the most attractive fitness app I’ve come across, but it has a clear and organized view of statistics from your workout.

The first page includes details like distance, speed, calories burnt, pace, etc., which is useful if you want basic stats on your run.

On the second page, you can analyze your running form, head angle, step width / length, and flight time (time spent off the ground). That’s all great. I’m able to visualize and understand with numbers how my running stance was corrected, but it’s the third results page that raised my eyebrow.

Dubbed “Injury Risk,” the last page in your after-action report relates to the force you’ve exerted on each leg, or whether or not you’re taking balanced steps. The report told me that I had an uneven distribution of weight between my legs — 51 percent left, 49 percent right — which lines up with the guidance the voice coach was giving me during the run.

This leads me to believe you could squeeze more usage out of it if coaching was disabled for the sake of the battery, or if you aren’t running.

What they lack in style, they gain in function

The Soul Run Free Pro Bio isn’t the only pair of wireless running earphones out there — there are tons of alternatives, most of them being less expensive. If you have a smartwatch, FitBit, or some other fitness tracker, then your reasons for buying into the Run Free Pro Bio are even less than before. Besides the voice coaching about your gait, most of its features are already available in another smart device that you might already have.

Though I have to say, it’s fascinating just how accurate the voice coaching is. Now, whether or not a real running coach would agree is an argument for another run.