Firefox 65 is out now, and the update brings a new interface that makes it even easier to fine-tune control over blocking trackers.

The basic options are still pretty similar to what was offered in the old version: most users will still be choosing through what Firefox now calls “standard” mode, which blocks trackers in private (i.e., incognito) windows and “strict” mode, which blocks all trackers at all times (but may cause issues with some websites). 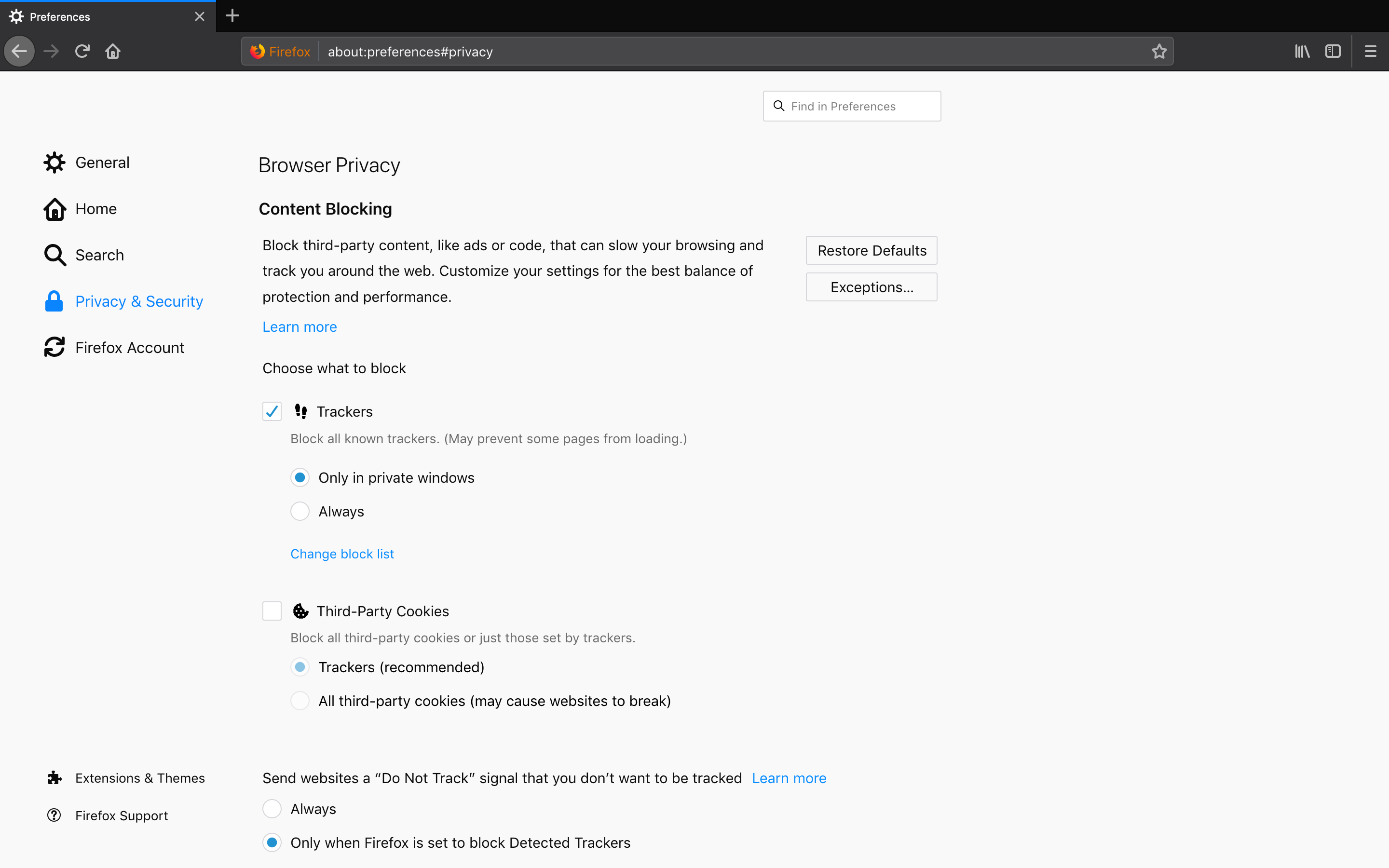 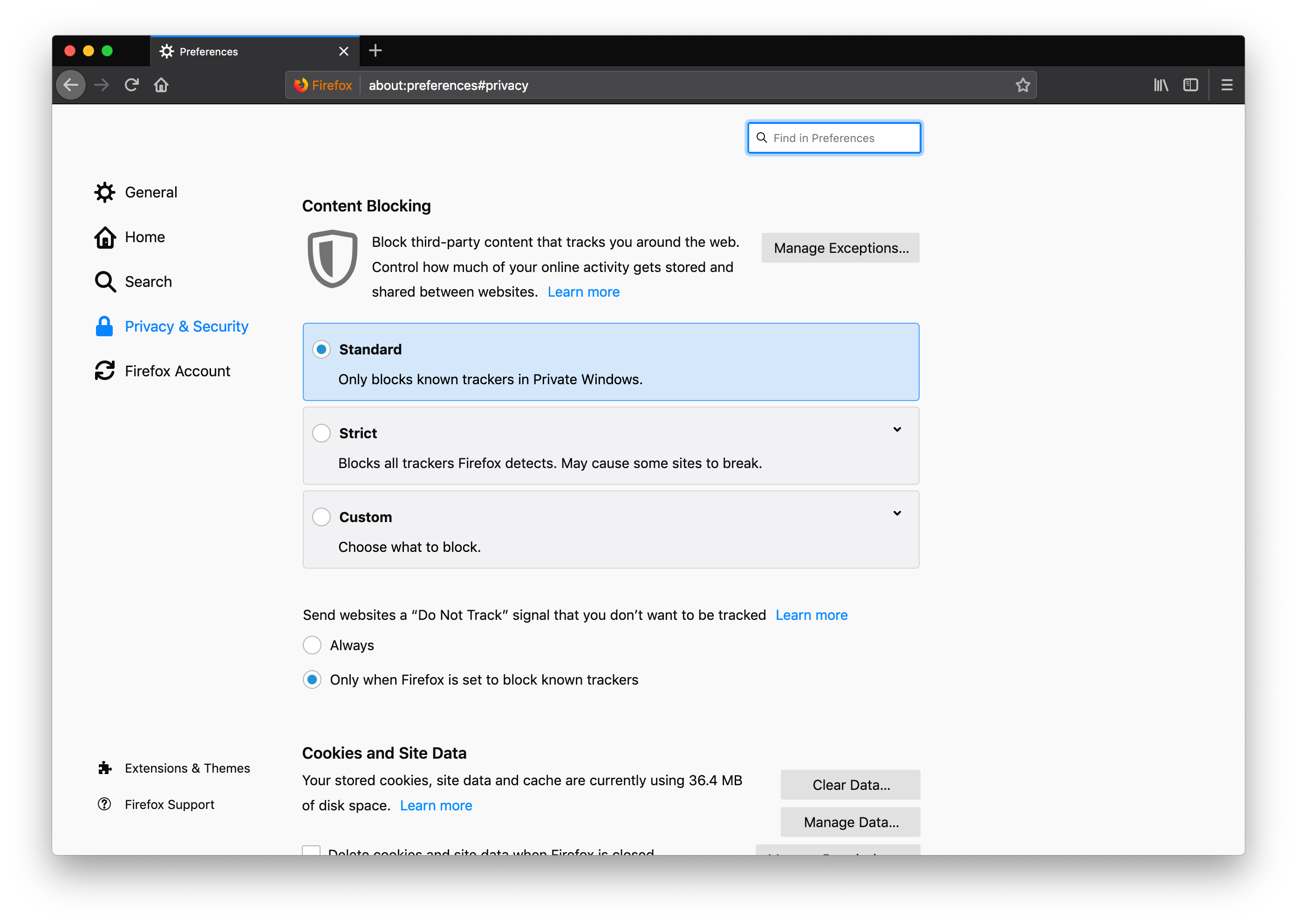 But in Firefox 65, the browser puts these choices far more prominently in front of users, in addition to offering better explanations as to what each option actually entails. There’s also a new custom mode for even more control (in addition to the previously offered “exception” option that let people whitelist specific sites for all three modes).

In addition to the more transparent settings, Firefox is also making the new options easier to find. You’ll now be able to click on the “i” button in the navigation bar to see exactly what your current content block settings are, what trackers are currently active on the site you’re on, and get a direct link to change those settings if you need to.

Along with the updated privacy menu, Firefox 65 also adds AV1 video compression support for Windows users, and an updated task manager that will help users track slow tabs or extensions and close / uninstall them as needed.