There’s a lot to like, but also a lot to excuse

Share All sharing options for: Honor 10 Lite review: a little tinkering unlocks a lot of potential

The Honor 10 Lite, the latest budget smartphone from the Huawei sub-brand, makes a bad first impression. It’s plagued by spam notifications, tied down with aggressive battery management settings, and puts its face recognition software front and center despite that feature clearly not being ready for prime time. The first time you use it, its £199 (€229, around $253) price point feels appropriate.

However, spend a little time Googling the issues you encounter, tweaking settings, and customizing the experience, and you’ll be left with a device that feels like it’s worth a lot more. It’s a great showcase for the customizability of Android, but those are steps that you shouldn’t have to take in the first place.

Our review of Honor 10 Lite 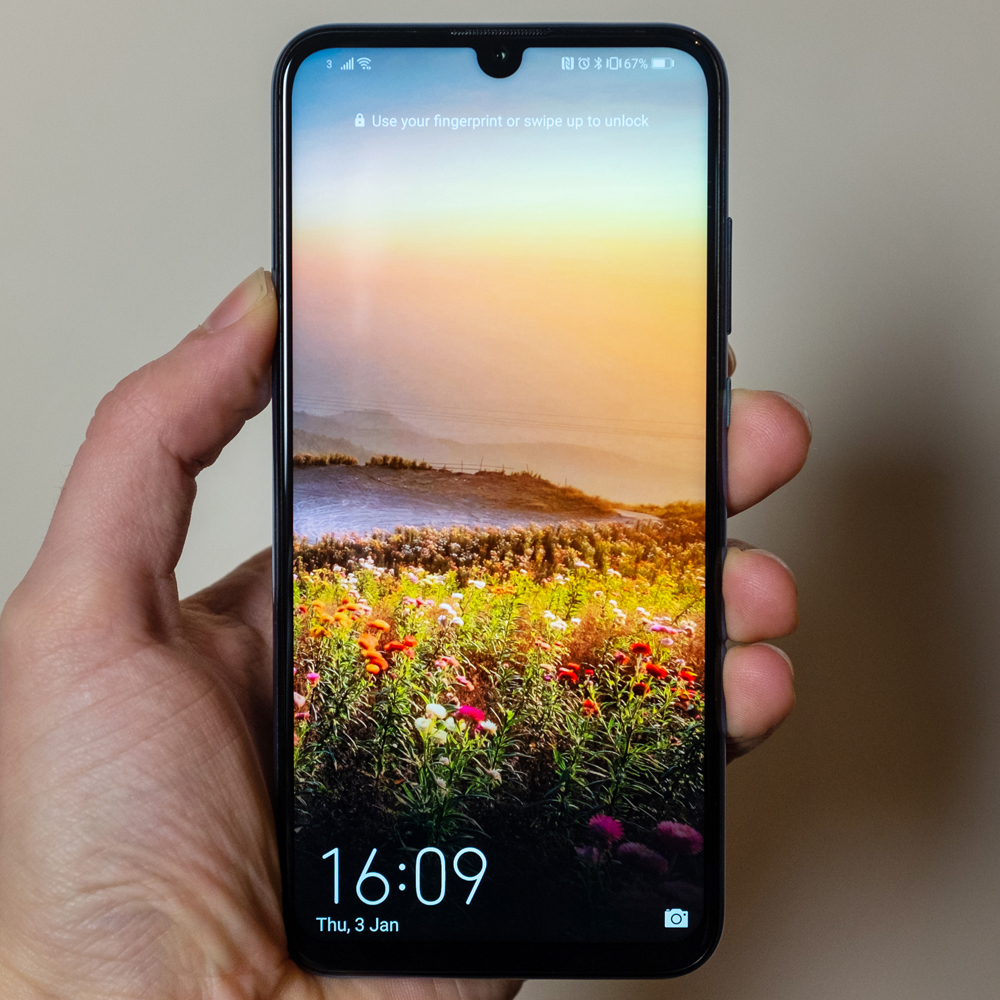 The default settings almost feel as though Huawei has underestimated what its own hardware is capable of. Either that, or it’s simply overestimated how important battery life is to people compared to having a screen that doesn’t dim after just ten seconds or being able to rely on apps running in the background.

Let’s start with the hardware, because it’s what every budget phone’s compromises stem from. Fundamentally, the internals of the Honor 10 Lite are very similar to last year’s £220 (about $280) Honor 8X, albeit with lower spec options available if you stick closer to the starting price. This means that while all the handsets have the same Kirin 710 chipset, you have the option of dropping down to 3GB of RAM or 32GB of storage. However, if you want the same specs as the 8X, then 4GB or 6GB of RAM is available along with a maximum of 64GB of storage. Compared to the 8X, the battery capacity has shrunk from 3750mAh down to 3400mAh.

Before you get to the internals of the phone, the first thing you’re likely to notice is the 6.21-inch display. The Honor 10 Lite features the same tiny notch as the 8X Max which, unlike its little brother (the 8X), never saw a Western release. The resolution is still 2340 x 1080, but the smaller notch means you can make much more use of the 19.5:9 aspect ratio. It’s a big, bright IPS LCD screen, and I never found myself wanting for the sharpness of a higher-resolution screen — although a smaller display chin would have been nice.

I was less enamored with the overall build quality of the phone. The plastic construction isn’t surprising at this price point, but the two-tone light blue color scheme of our device felt a little garish. Other color options include a darker blue model, red, and black.

But once you get beyond its screen, the Honor 10 Lite actually makes a pretty bad first impression. Notifications nagged me to clone an old Huawei device that I no longer have access to, the face unlock system worked so infrequently that eventually I disabled it, and the default screen timeout time was so short that I could barely read a screen’s worth of text without it dimming on me.

Most annoying of all was Huawei’s aggressive battery-saving options, which are intended to stop apps from consuming too much power in the background. In theory, this means less waste and better battery life, but in practice it was just a little annoying. I’d search for a route in Google Maps, only to find my route had been wiped after responding to a couple of WhatsApp messages. I’d lose tweets mid-sentence when I exited the app to grab a URL. Most annoying of all, I once had an app reset in the middle of logging in because I switched apps to grab a 2FA code from my authenticator app.

The thing that’s essential to note at this point is that you can fix all of these annoyances within the settings. You can extend the amount of time it takes for a screen to dim, and you can disable notifications from Huawei’s apps. You can turn off face unlock and rely entirely on the proficient rear-mounted fingerprint sensor, and you can stop the phone’s software from aggressively shutting down background processes. You’ll sacrifice a little battery life, but I was still happily putting the phone on its charger with around 20 percent of capacity left each evening, even after I made these changes.

While the Honor 10 Lite isn’t running anything close to stock Android thanks to Huawei’s EMUI 9.0 skin, you still have plenty of customizability options to play with to move it closer to the experience that you want. Underneath its skin is the latest version of Google’s OS, Android Pie.

Unfortunately, the Honor 10 Lite has other annoyances that are less easy to fix. Its wireless Bluetooth performance, for one, is shockingly bad. I experienced frequent dropouts when using my Bowers & Wilkins PX wireless headphones, even when walking through slightly busy areas, and it was so bad that I had to rewind a couple of podcasts to pick up on details that I missed. An included headphone jack positioned alongside the outdated Micro USB port means you aren’t forced to go wireless, but it’s pretty frustrating nonetheless.

Continuing with the audio complaints, the Honor 10 Lite’s built-in speakers are also pretty basic. Yes, they’re able to get plenty loud enough if you want to push the volume, but doing so distorts the sound so much that I occasionally found myself lowering the volume to make things easier to hear.

The modest Kirin 710 processor can also mean that the phone occasionally lags when switching between apps. Sometimes I had to wait seconds for the keyboard to appear when I wanted to compose a WhatsApp message, and Facebook Messenger’s augmented reality filters stuttered a lot while I tried to use them. It was nothing that made these services unusable, but moments like these reminded me I was using a £199 device.

The final feature that you’re unlikely to be able to fix by changing the phone’s settings is its camera. The Honor 10 Lite has a dual camera setup on its rear with a 13-megapixel, f/1.8 camera (flanked by a second 2-megapixel one) which really struggles to offer much in the way of detail or dynamic range. Photos can also occasionally suffer from excessive processing that makes their colors look overly saturated.

The Honor 10 Lite also has a couple of different photography modes that you can manually switch between depending on the situation. Unfortunately, these remain constrained by the same hardware limitations as the main camera. A night mode does an okay job at combining multiple exposures to restore detail, but the portrait modes are a single-use gimmick. 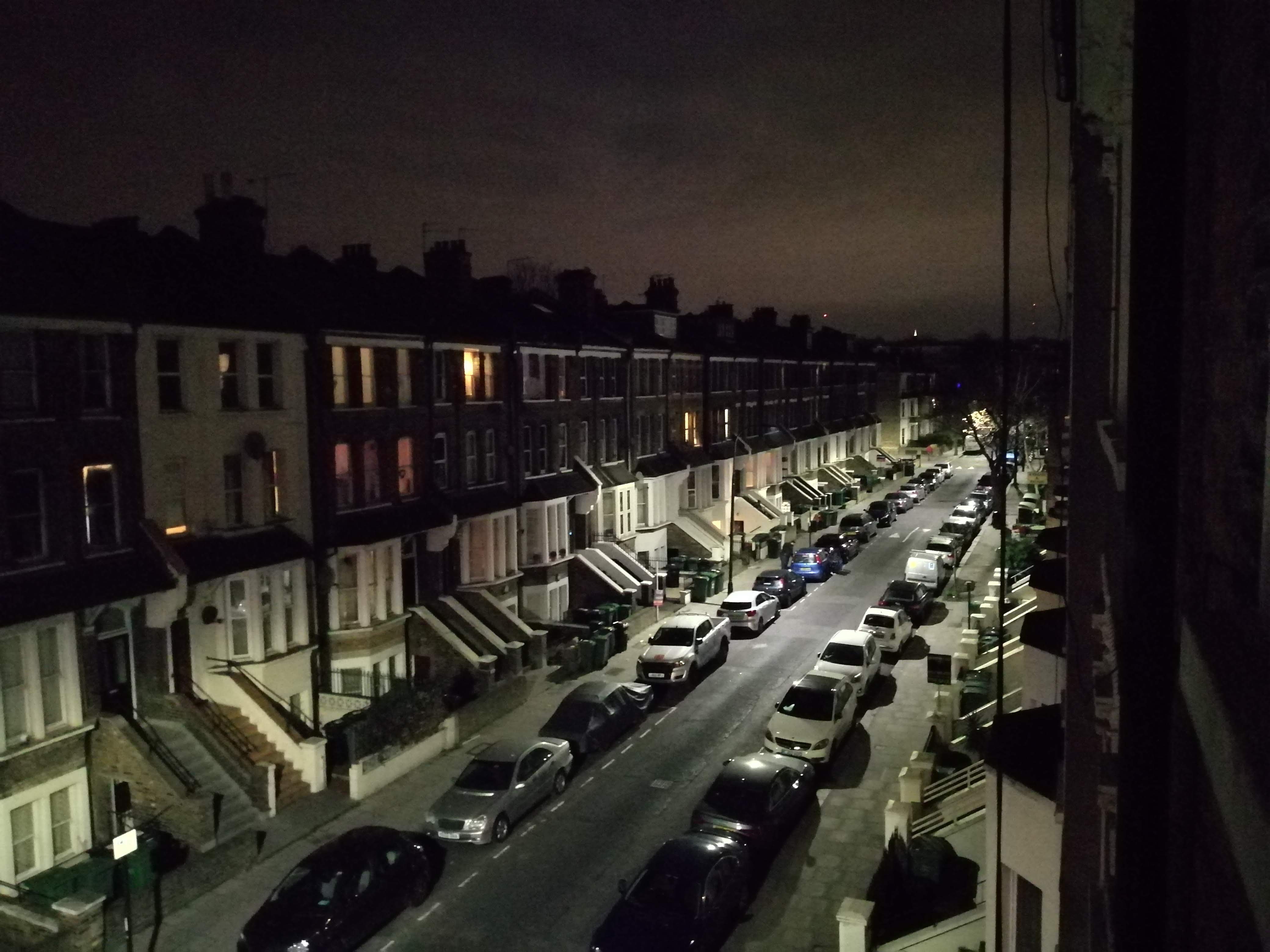 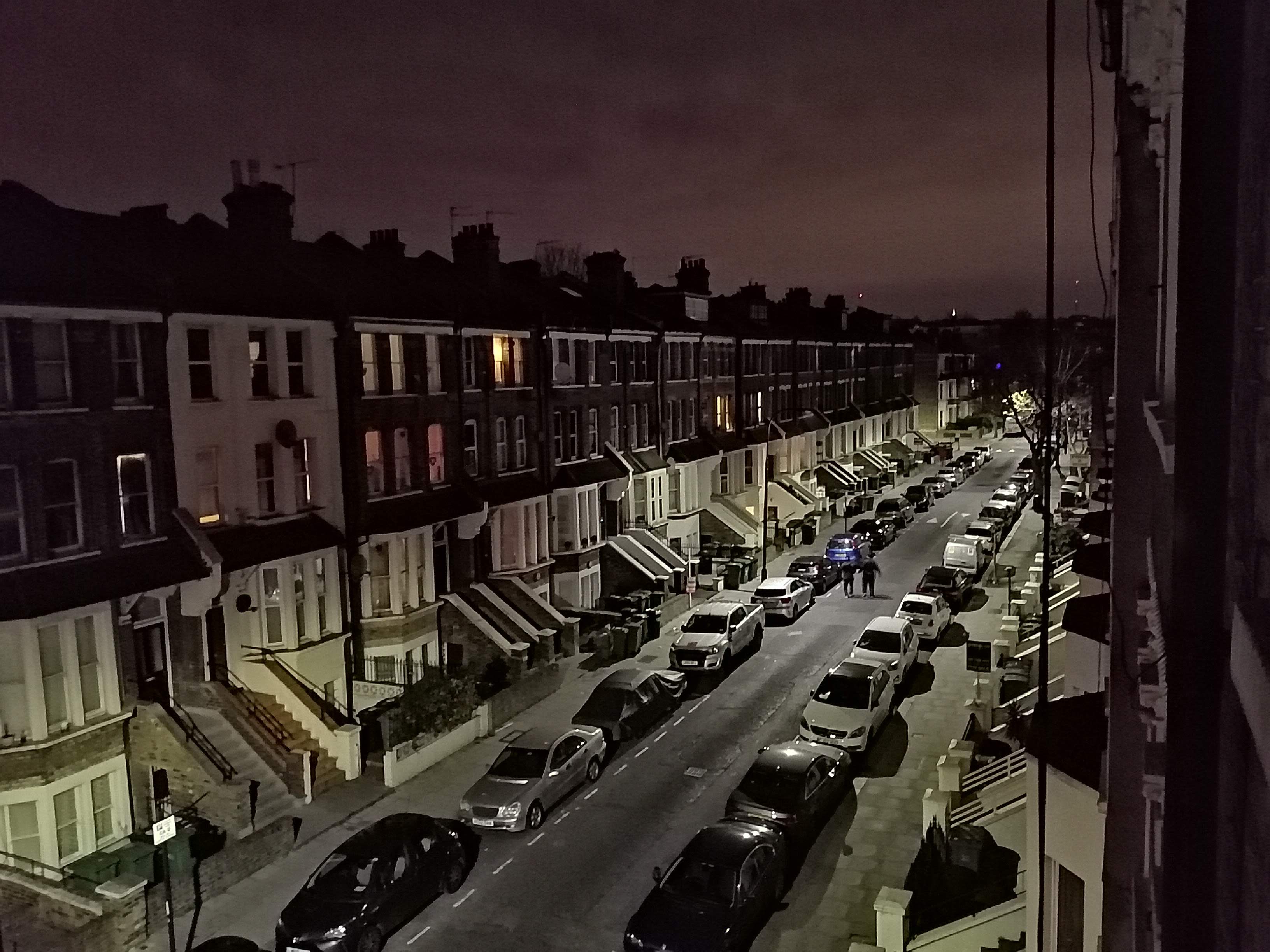 Night mode (on the right) restores some of the image’s detail, but it can’t overcome the phone’s limited hardware.

You shouldn’t buy a £199 phone and not expect there to be tradeoffs, but Honor’s software settings make the Honor 10 Lite’s issues seem far more severe at first glance. However, once you’ve spent a little time digging around in the settings and getting it set up the way you want it, then there’s really a lot to like here. The screen is big and bright, and the processor is fast enough to handle most of what you’ll throw at it on a daily basis.

Fundamental hardware limitations mean there are some aspects of the device that you’ll never truly be able to fix. There’s no setting that magically fixes the camera, no toggle to make your wireless headphones work when you’re walking through a crowd, and no third-party USB-C port you can install yourself.

But if these are tradeoffs that you’re willing to make, then the Honor 10 Lite is a decent budget buy. The phone is available now across Europe, with prices starting at €229 or £199.99 for the 3GB model with 64GB of built-in storage.