Ikea’s inexpensive Sonos remote control is worth every penny

Once you get past the buggy setup

Share All sharing options for: Ikea’s inexpensive Sonos remote control is worth every penny

Apps and voice commands are fine for controlling music in the home but sometimes you want to grab a dial and crank it, not shout a wake word (causing the music to soften) or fish out your phone only to be delayed by the lock screen. Ikea’s here to slake that need for owners of Sonos speakers.

The Symfonisk Sound remote controls play / pause, next / previous, and volume of your Sonos-compatible Symfonisk speakers (sold only by Ikea) and regular Sonos speakers as well.

It’s tiny, cheap, and wireless, but does it really work as advertised? 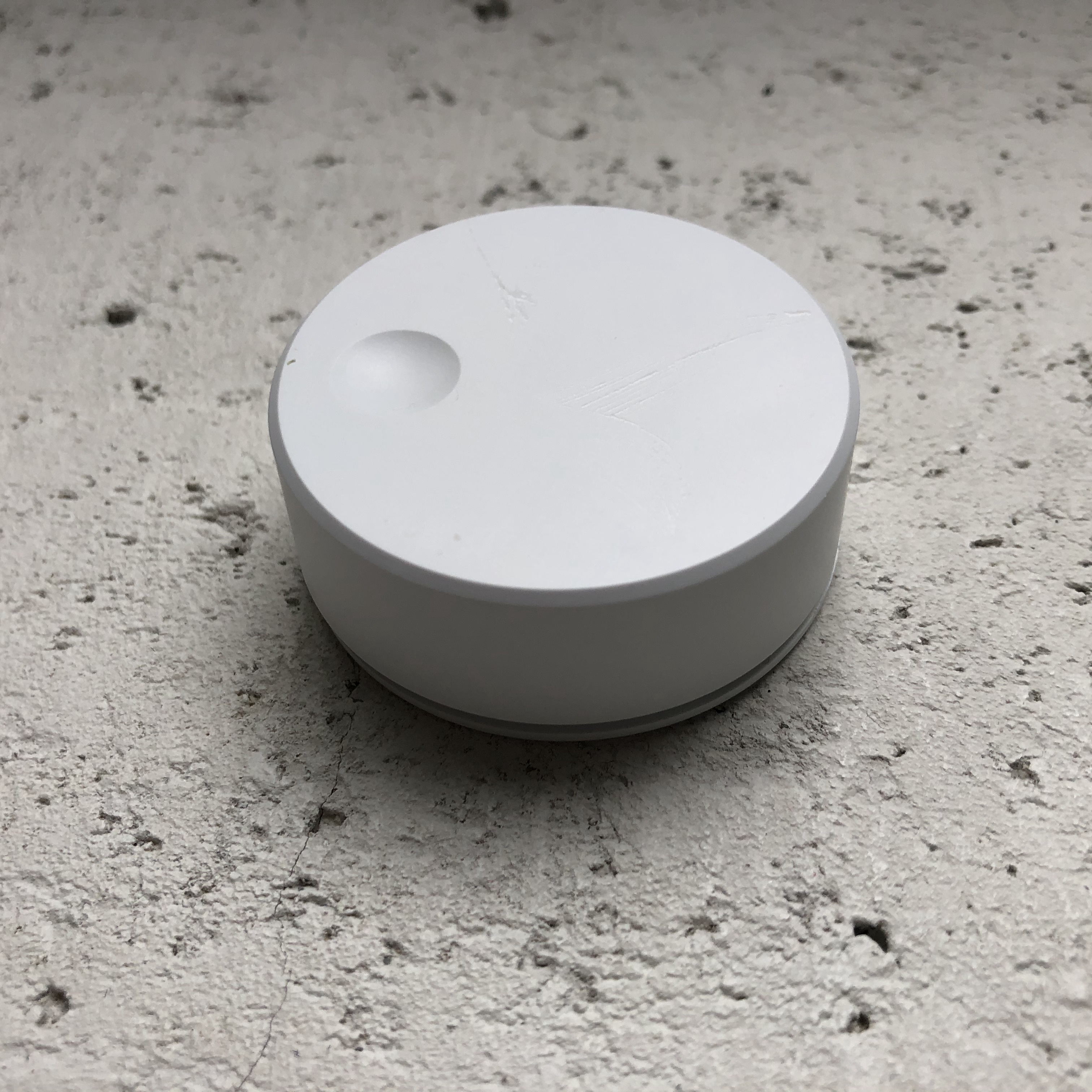 The Symfonisk Sound remote is priced at just $19.99. That’s nothing compared to the $299 you’d have to pay to add a volume knob to your Sonos system previously. I tried the Senic Nuimo in the past, and frankly, it didn’t work as well as the Ikea Sound remote, though it certainly has a more premium feel and design.

The Sound remote does require the $30 Tradfri gateway, the nondescript Ikea puck that acts as a hub for the company’s inexpensive “Home smart” gear, including blinds, switches, dimmers, outlets, sensors, and lights that all work together.

I’d like to rant about the tiny screws Ikea uses to secure the cover on many of its wireless controllers and sensors, including the Symfonisk Sound remote. The screw must be removed to pair the device, reset the device, and change the battery. It’s an annoying decision because the screw can 1) easily be lost, 2) requires one of those super tiny screwdrivers I can never find, 3) sometimes comes over-tightened from the factory, making it hard to loosen with those tiny screwdrivers I can never find. At least the screw on the new Sound remote stays attached to the small panel when open, which isn’t the case on Ikea’s other Tradfri controllers and sensors.

If setting up Ikea’s smart devices was flawless I’d be less annoyed. But right now, dealing with the Ikea Home smart app and Tradfri gateway is frustrating and these screws add insult to injury, especially when the sensor has to be reset — or worse — paired again to a gateway that had to be reset.

Fortunately, the included coin batteries combined with the power-sipping Zigbee wireless protocol should last for several months — if not a year or more — before I have to unscrew the devices again. I just hope I can find the screwdriver then.

Setting up the Symfonisk Sound remote requires the Ikea Home smart app. Let’s just say it’s not great, although I found the Android app to be more stable than the iOS app which would constantly lose connection to the gateway. In fact, my whole setup experience was mired in frustration, plagued by dropped connections (between the app and gateway) and pairing issues (between the remote and gateway). Things have gotten better since our first buggy experience with Ikea’s smart gear from two years ago, but there’s still plenty of room for improvement.

The Sound remote is tiny and made of cheap plastic. A non-slip ring on the bottom of the dial prevents it from slipping under your touch when placed on a flat surface. The dial itself is magnetic. Mine’s attached to the side of metal breadbox the sits on my kitchen counter, which means it’s out of sight but also quickly accessible while preparing a meal. The dial also ships with a small metal mounting plate that can be attached via screws or the included double-sided adhesive sticker.

Physical controls bring the expectation of hard-wired immediacy. You don’t quite get that with the Sound remote, but it’s close.

The Symfonisk Sound remote shown controlling a Sonos speaker in the Sonos app.

Clicking the Sound remote the first time can, occasionally, result in a lag of about one to two seconds before the Sonos system responds. Presumably this has to do with the dial waking from sleep in order to conserve battery. After that, the Sonos responds in a split second. Clicking once will pause or resume music, twice skips forward, and three clicks will go back a track, although the triple-clicks can occasionally fail as demonstrated in the video above. You have to get the cadence just right.

Volume control is managed by rotating the dial. A dimple on the face of the dial helps with one finger operation. Rotating the dial is a joyless experience, lacking any kind of friction or tactile feedback... but you can’t expect more at this price.

In general, performance is on par with controlling music from the Sonos app.

There’s something wonderful about a wireless dial that magically reaches out across the ether to control music playing in a room. My eleven-year-old daughter loves it, which, as anyone who’s ever tried to automate a home knows, is the highest form of familial approval.

It’s not perfect, but it’s hard to find fault in a $19.99 Sonos remote control

It’s not perfect, but it’s hard to find fault in a $19.99 Sonos remote control that does what it says it will, and does it well after you get over the frustration of setting it up. Especially if you’ve already bought into the Ikea smart home and own a Tradfri gateway.

The Symfonisk Sound remote is trickling out globally — you’ll see it listed in the French and Australian stores — so check your local Ikea where it might already be available for in-store purchase.