Last year, at the League of Legends World Championship in Incheon, the biggest moment of the event arguably wasn’t the competition itself: it was a virtual K-pop group called K/DA that performed an AR concert during the opening ceremonies. The group’s song became a hit, inspiring a deluge of memes and fan art, and players could even dress up as the members in-game. Now developer Riot is following that up with another in-game musical act: a hip-hop group called True Damage. The studio even worked with Louis Vuitton on some of the unlockable skin designs.

True Damage is a group made up of five League heroes, including Qiyana, Akali, Ekko, Yasuo, and the recently added Senna, and starting November 10th players will be able to purchase their new looks as in-game skins; that same day, the virtual group will appear onstage at the Worlds 2019 opening ceremonies. The IRL version of the band will be made up of artists Becky G, Keke Palmer, Soyeon, Duckwrth, and Thutmose.

“It took a while to figure out what we’re doing.”

According to Carlos Giffoni, lead producer for skins at Riot, the success of K/DA largely inspired the new project. “Shortly after that we started working on True Damage,” he explains. “It took a while to figure out what we’re doing, what’s the story behind it.” There’s even a narrative element tying the two events together. In the lore, Akali, a member of K/DA, sets out to find new collaborators, ultimately forming True Damage. “We wanted to have a group of people that felt really eclectic, and that felt like they had really unique roles to bring into it,” Giffoni says of the process of finding the right characters for the group.

Last month Riot revealed that it was collaborating with famed fashion house Louis Vuitton, and that partnership will connect to the True Damage project. Both Qiyana and Senna will feature “prestige” skins designed by LV artistic director Nicolas Ghesquière. (You can see Qiyana’s above, while Senna’s will be available early next year.) And you won’t have to pay Louis Vuitton prices to unlock them; Qiyana’s LV skin will only be available by playing a Worlds 2019 in-game event.

“It started off more as a question,” Riot art director Seth Haak says of the collaboration. “Could we do this? Would it make sense? We just wanted to feel it out at first, I think on both sides.” Louis Vuitton came on board after the True Damage project had already been established, and Haak traveled to Paris to pitch the concept. “It was pretty uncanny how on the same page they were with us,” he says. A week after that meeting, designers from LV came back with some ideas, and Haak says that they fit the project’s visual aesthetic almost perfectly. “We didn’t actually have to alter any of the designs, besides some color so that it would play well with gameplay,” he says. 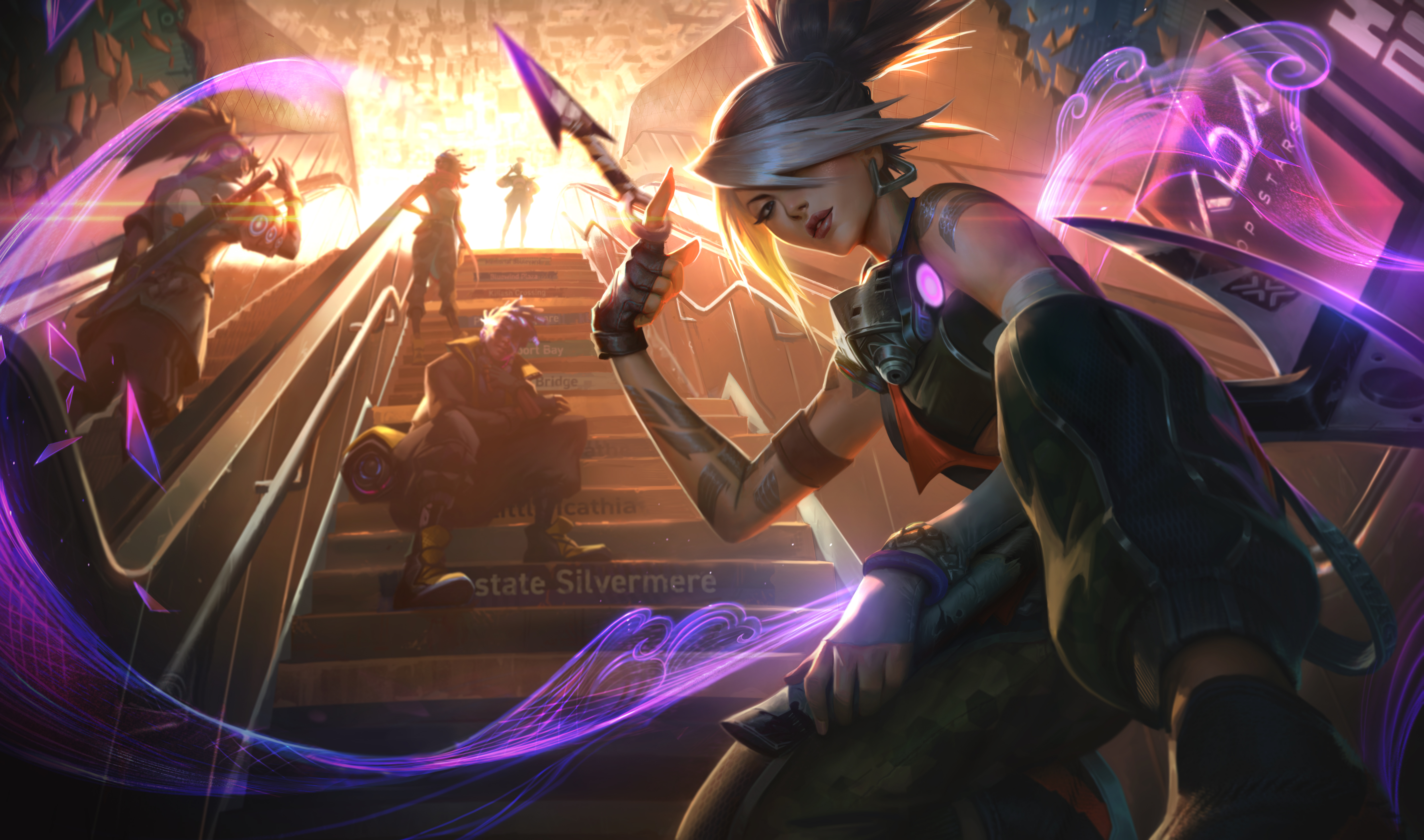 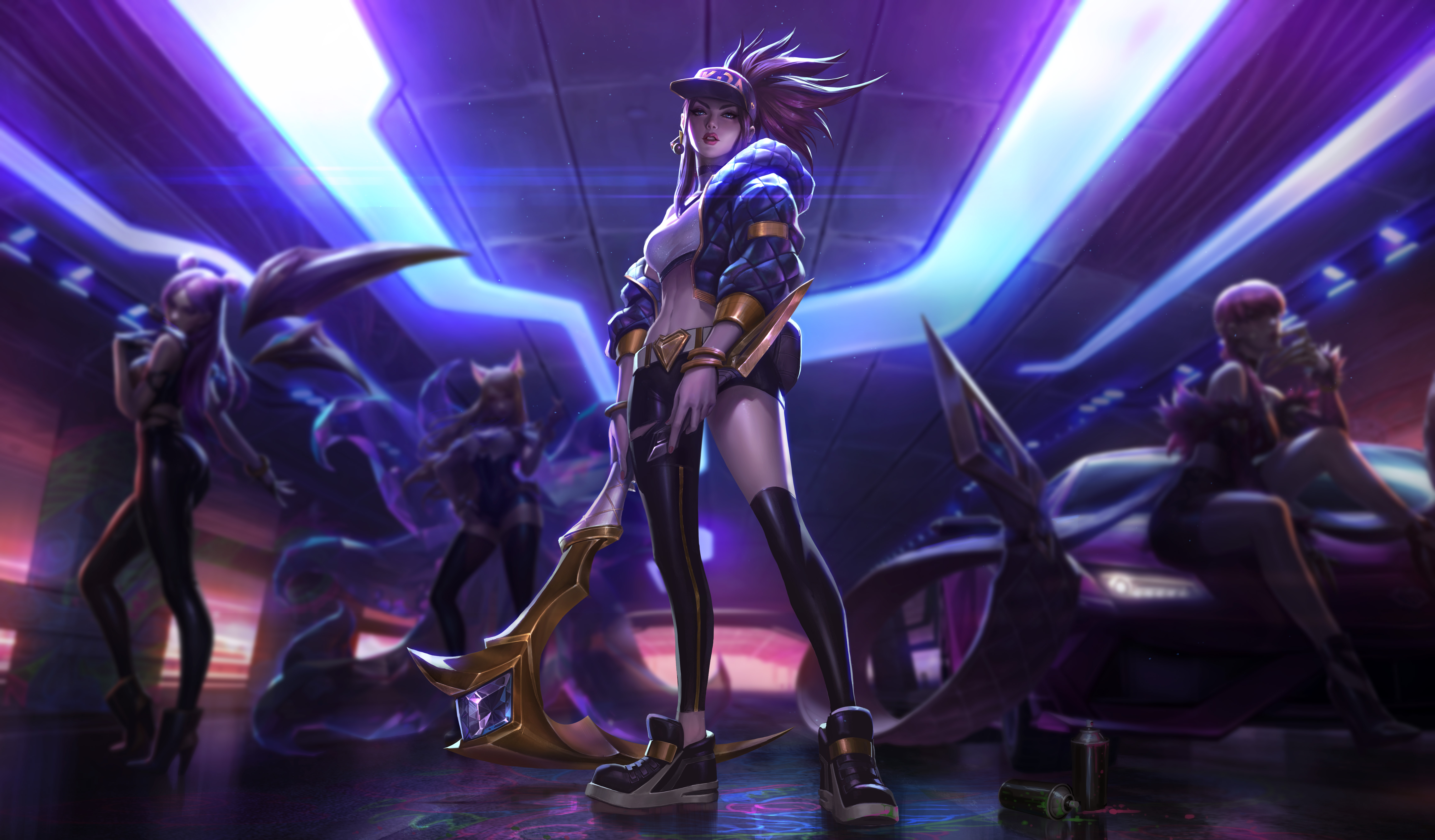 Akali in True Damage vs. K/DA

Getting hip-hop and high fashion to fit into a game like League of Legends wasn’t an easy task. It meant identifying current design trends, but also tweaking them so that they wouldn’t look out of place in a universe with talking cats and time traveling assassins. “Just putting clothes on champions in-game doesn’t always work very well,” Haak says. “A lot of it should feel lived-in. So if anyone is carrying a sword or a weapon, or a personal object, it has to feel like they own it. It’s precious to them. Just like you would see a producer in a music studio with stickers all over their stuff, because it’s theirs.”

True Damage is also emblematic of a change at Riot. In the past, the developer would come up with new skins and cosmetic updates, and then create a story to make them fit in the universe. Now, with projects like this, it’s the other way around. That’s part of the reason why the character Akali is the connecting thread between K/DA and True Damage. “We used to just do visuals, throw them out there, and create a story to go along with it as an afterthought,” says Haak. “And we’ve seen how painful that has been. So over the years we’ve realized that the story really sets the tone, and it sets a target for us as a team.”