It is, as you have no doubt guessed, an iPad

Share All sharing options for: Apple iPad (2019) review: no competition

The entry-level iPad was updated last month with a slightly larger screen and a smart connector that lets you attach Apple’s Smart Keyboard. It’s still $329 to start, and it’s still one of the best deals in technology. It can do as much or more than any other tablet anywhere near its cost. In other words, it’s still an iPad.

I joked to my co-workers that all I really needed to do for this review was just rewrite that phrase: “It’s an iPad.” It’s been a running joke since 2017’s iPad review, in which I explained that there are only three things you needed to know. Those three things are also true of the new model:

This new iPad is good. It runs all of the same apps as the iPads that cost two and three times as much (or more). And in most cases, you might not even notice a difference in how well it runs those apps. It doesn’t have any issues with iPadOS 13, at least not any that are different from the overall bugginess of the OS that afflicts all iPads as of this writing. (13.1.2, for the record, still has issues.) 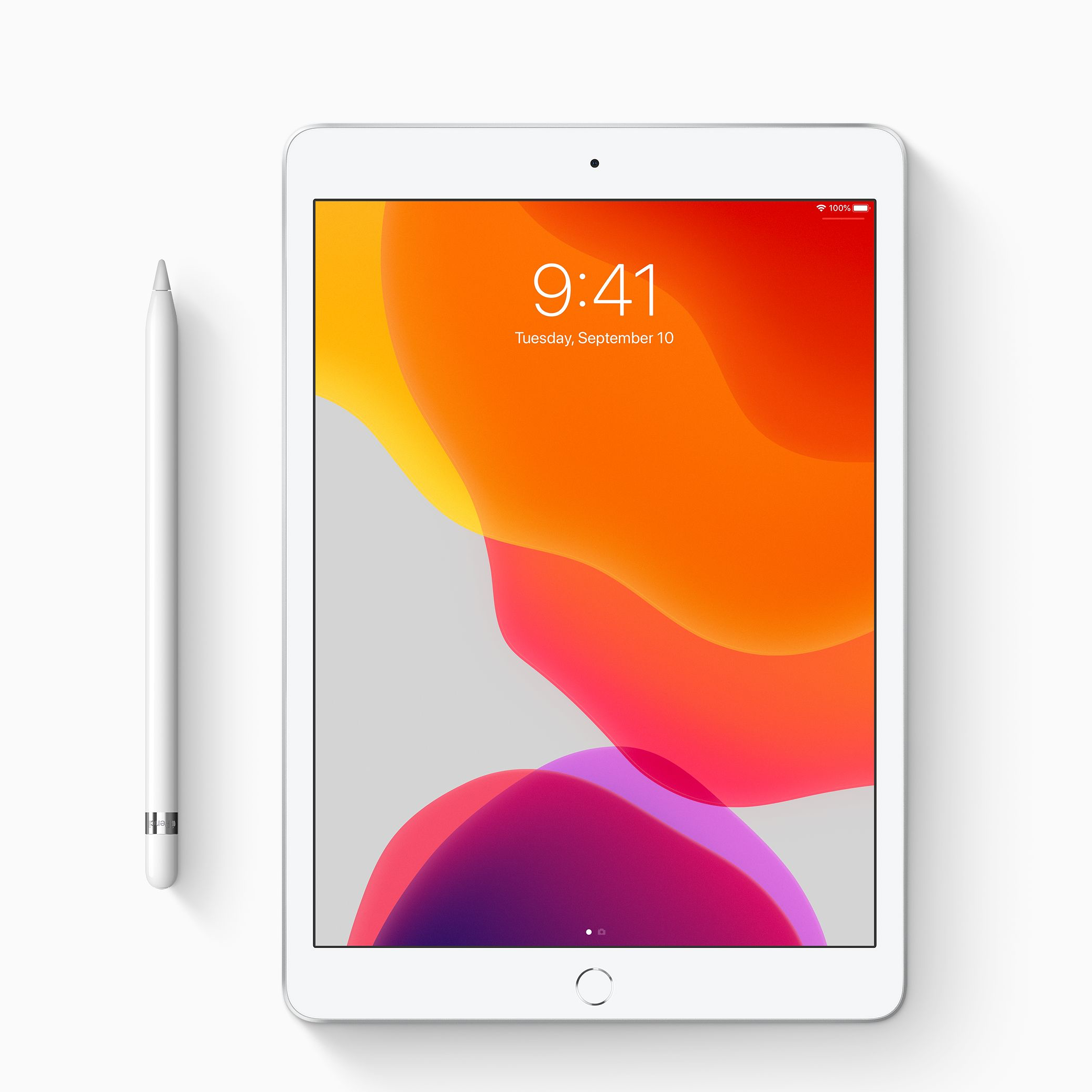 If you aren’t tempted by a slightly nicer screen (the iPad Air) or power, performance, and Face ID (the iPad Pro), then the regular iPad is the one to get. I do think that the $329 model’s 32GB of storage is almost punishingly low, but if you’re diligent about streaming movies and music, you could probably get by.

The iPad still uses Lightning to charge, and it still supports the first-gen Apple Pencil, which still costs $99. It still has just two speakers and Touch ID instead of Face ID, plus cameras that are fine by 2017 standards but not great by 2019 standards.

All of these details are things that are unlikely to bother people who buy this tablet. I have been using a top-tier iPad Pro 11 for almost a year, and switching to this new iPad didn’t significantly worsen my life. It still plays all of the games in Apple Arcade, and it still has a battery that lasts all day. Mostly, I noticed that webpages seemed to load slower.

What I’m about to tell you shouldn’t bother you in the slightest if you’re in the market for a nice, relatively inexpensive tablet, but here we go: this is a slightly weird iPad, and it makes me wonder what the heck is going on with Apple’s product strategy. I’m not really sure why Apple bothered updating this iPad, to be honest. The new screen size is 10.2 inches, which isn’t so much bigger than the old 9.7-inch size that it’ll make a material difference.

The new keyboard connector is nice, but Apple’s Smart Keyboard still costs a somewhat ridiculous $159, and there aren’t really any viable cheaper options that take advantage of it anyway. (If you’re keeping score, that price is 48 percent of the base iPad’s cost. A fully kitted-out base iPad with an Apple Pencil and Smart Keyboard tallies up to $587.) I suspect education buyers — a key market for this iPad — are not going to be swayed away from Chromebooks just because of the new connector.

Much like the iPhone, to use an iPad, you have to agree to:

These agreements are not negotiable, and you cannot use the phone at all if you don’t agree to them.

The iPad also prompts you to set up Apple Cash and Apple Pay at setup, which further means you have to agree to:

This year’s iPad apparently has 3GB of RAM now, but it has the same A10 processor as last year’s model. That processor is still fast enough for what you’ll do with this device, but it doesn’t clock impressive benchmarks or performance like more modern chips. It’s the same chip that was in 2017’s iPad, but Apple does such a good job with processors that, even now, it won’t feel slow.

Mostly, this iPad is strange to me because I don’t know how most people will decide between it and the iPad Air that came out this past March. The iPad Air has a 10.5-inch screen, but that size difference doesn’t matter — not really. The Air’s screen is nicer: it’s laminated and supports True Tone plus a wider color gamut. But if you’re in the business of spending money for a nicer screen, I have to imagine you’d save up a little more for an iPad Pro. The same applies to the processor: the iPad Air has a better one, but it’s not as good as what you can get on an iPad Pro.

This is the best tablet under $500 —but I can’t help thinking that it Apple would have made it better if there were any meaningful tablet competition in this price range.

Even though the processor is getting a little long in the tooth and Apple’s Smart Keyboard is too pricey, it remains impressive that you can get a computer this good for this price. It’s not a device that I would recommend upgrading to if you have a tablet you’re even moderately happy with, but it is a device I am sure you’ll be happy with if you buy it.