The best smartwatch to buy if you have an Android phone

Nothing is perfect, but a few are good

Share All sharing options for: The best smartwatch to buy if you have an Android phone

There’s no slam-dunk best smartwatch for Android users. From one perspective, that’s a great thing because it means that there’s real competition among a bunch of companies on an equal playing field. From another, though, it’s a bummer because no smartwatch on Android is quite as good as the Apple Watch is for iPhone users. (And no, getting an Apple Watch if you have an Android phone is not a good idea.)

Even though there’s no perfect, do-everything smartwatch for Android users, you still can get a lot of use out of one. They make it a lot simpler to track your steps and workouts, glance at your notifications, and quickly check the weather — that last one sounds silly, but it’s one of things I use the most on my smartwatch.

One more interesting trend in the past couple years is that getting LTE on your smartwatch has started to become more mainstream. You can do much more than you might expect on your wrist even if your phone is back at home. You’ll still be able to stream music, make calls, and even get notifications from your phone’s apps. Even texting is easier now, thanks to more accurate voice transcription.

That doesn’t mean we recommend most people spend the extra money on an LTE version of a watch, however. The extra price for the watch itself is usually too much — but more importantly, most carriers in the US charge a high enough monthly fee for number sharing to make the whole ordeal not worth the price.

Our honest advice is not to spend too much of your budget on a smartwatch for Android right now. Google may be developing one now that it is buying Fitbit, for example. It seems likely that something better will be around the corner, so it makes sense to wait to upgrade if you can. But if you’re looking to get a smartwatch today, there’s a clear winner that’s better than the rest, even though it’s not perfect.

The best smartwatch for Android: the Samsung Galaxy Watch Active 2

Samsung released two smartwatches this year, and the second one is the one to get. It runs on Samsung’s custom Tizen software, but it’s perfectly compatible with any Android phone. If you don’t have a Samsung phone, however, set aside extra time for setup as it requires you to install a bunch of apps on your phone.

The Active 2 is good because it checks off all the most important smartwatch boxes: it looks pretty good, is fast enough, and has a few good fitness options. The battery lasts a little over a single day (though LTE models may have a tougher time of it).

The neatest part of the watch is the touch-sensitive bezel around the circular screen. It lets you move through the watch software by spinning your finger around the watch — it’s much more intuitive than the short swipes other watches make you use.

It’s not the more stirring endorsement, but it’s hard to work up any enthusiasm for any smartwatch options for Android this year. Hopefully that will change soon, but in the meanwhile the Samsung Galaxy Watch Active 2 is your best bet if you want to buy a smartwatch right now. 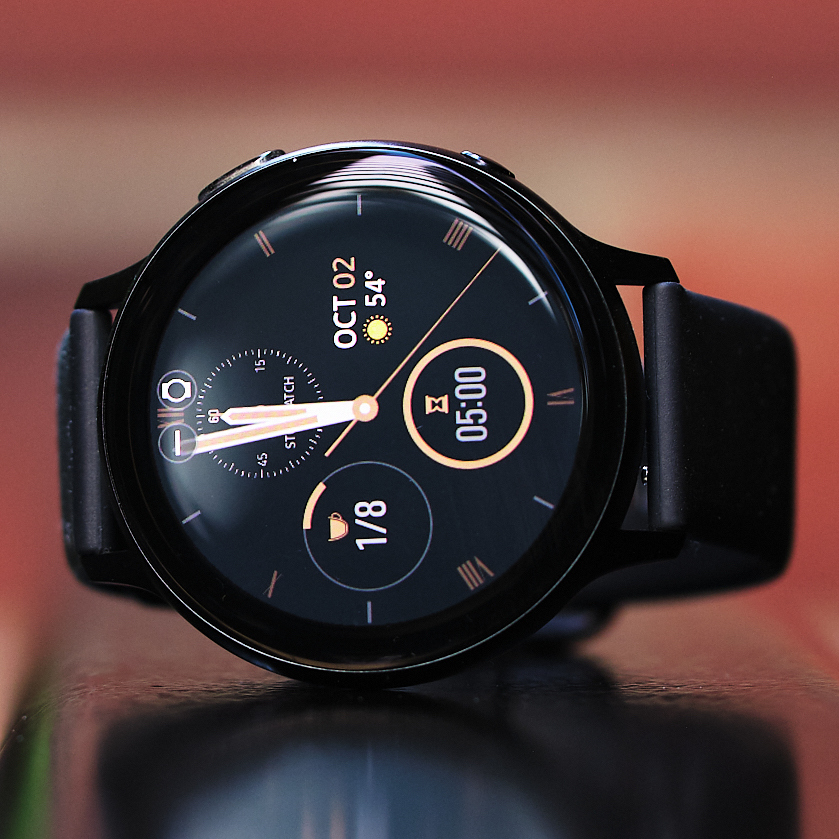 If you want longer battery and fitness: Fitbit Versa 2

Google is attempting to buy Fitbit right now, but don’t let those corporate machinations concern you: the watch Fitbit is selling today is a very good fitness tracker. It’s not our first pick because while it’s good at fitness, it’s not great at being a smartwatch.

Beauty is in the eye of the beholder, but most people would probably agree the Versa 2 looks a little like a knockoff of the Apple Watch. What isn’t a knockoff is the battery life, however: the Versa 2 lasted around five days in our testing.

It finally supports Spotify, but some of the basics you’d expect from a smartwatch are missing. For example, you can only have one watchface loaded at a time — and switching it involves a convoluted and annoying trip to the supporting app on your smartphone.

The other competition for Android users is Google’s own Wear OS and some other hybrids. There is no Wear OS watch that can reliably get more than 18 hours of battery life that we’ve tested. The various “hybrid” watches may look nice as watches, but they lack smartwatch features.

While the Versa is a good fitness tracker and a mediocre smartwatch, that’s still more than enough to make it a runner-up for Android users.

Our review of Fitbit Versa 2 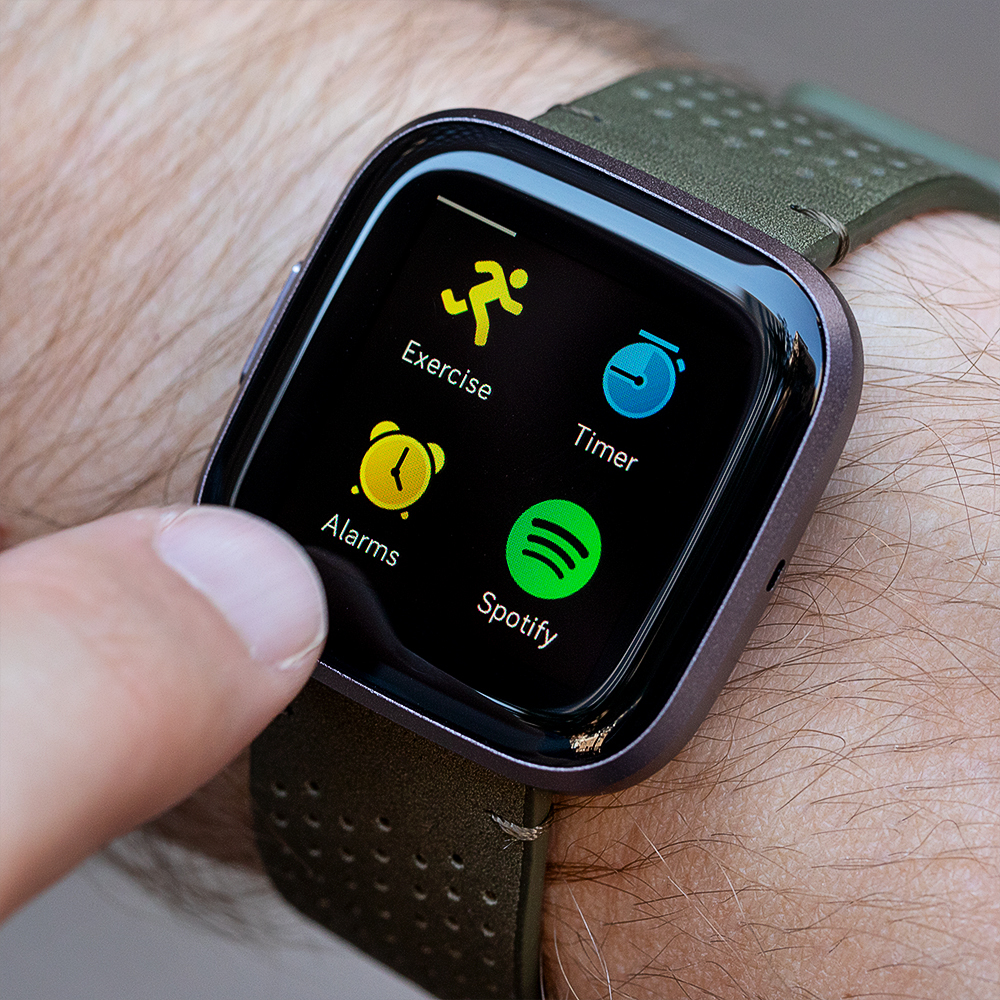 Although we don’t think most people will be happy with Wear OS watches, if you really like the way one looks and don’t mind a sort of slow experience, you could check them out. If possible, though, aim to get a version with 1GB of RAM and the Snapdragon 3100 processor — that combination is the only way to really get a decent experience. Fossil’s “Gen 5” watches fit the bill.

If you are looking for a hybrid watch, we like the Withings Steel HR or HR Sport. Fossil has a new e-paper display and slightly more features, but we haven’t fully reviewed it and don’t know if we can recommend it.

Our review of Fossil Sport smartwatch 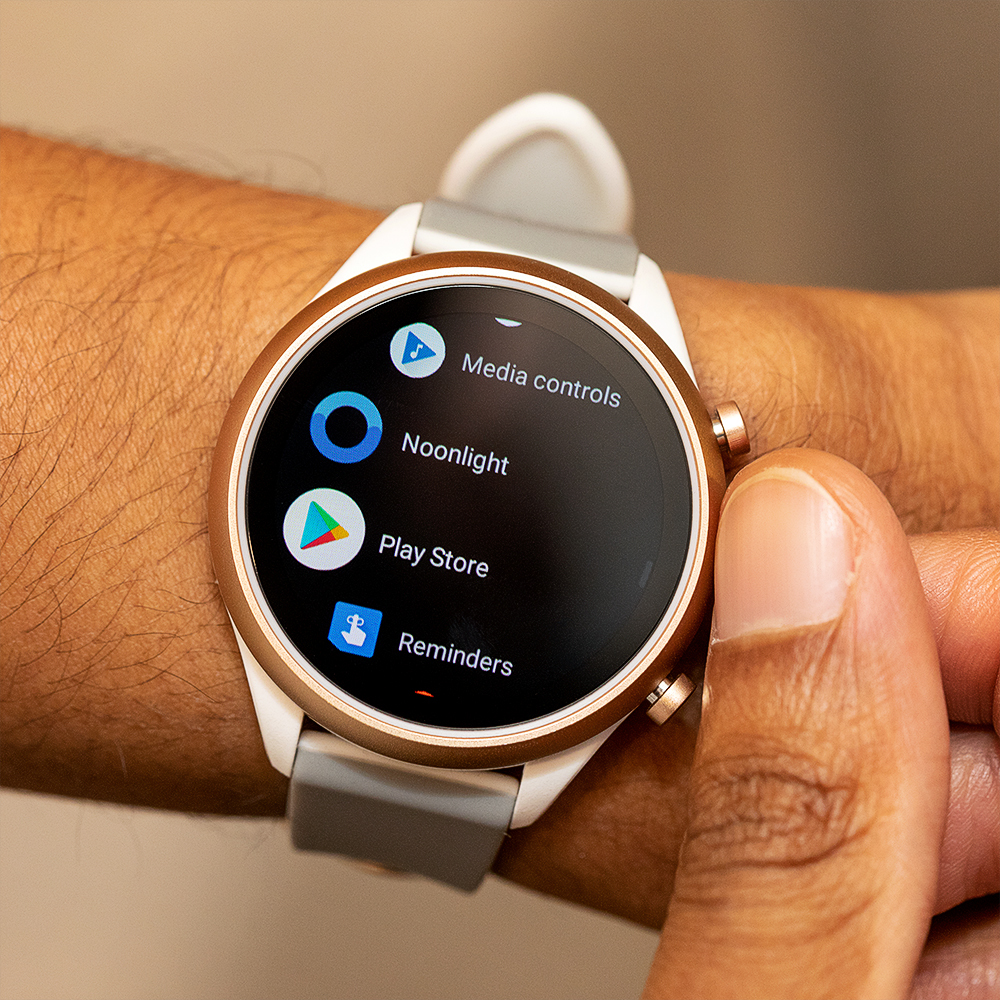 Our review of Amazfit GTR 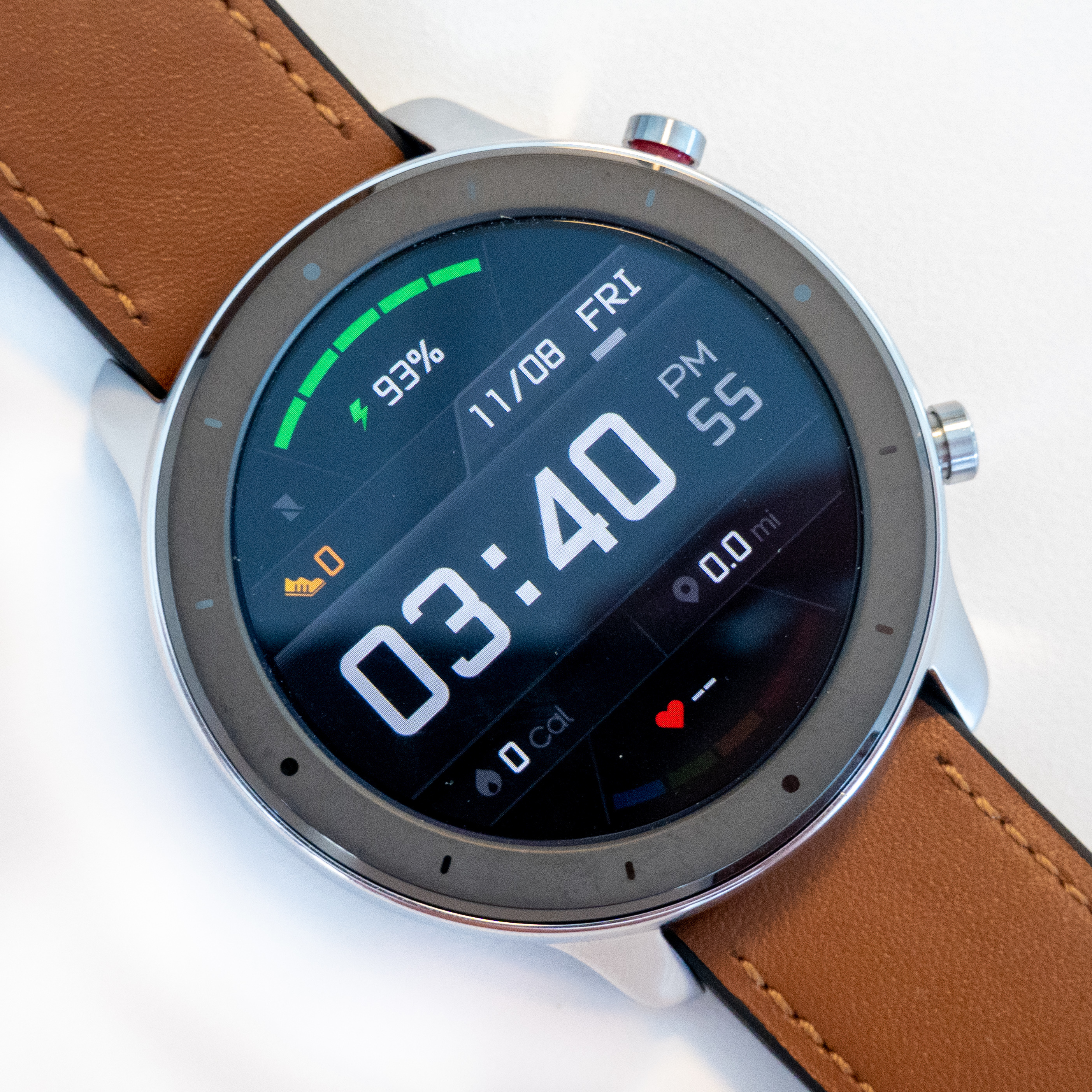