Put on your helmet and get ready

Share All sharing options for: How to watch Marshmello’s big Fortnite concert today

If you want to attend Marshmello’s next concert, you don’t need to go any further than your game console. The electronic DJ will be performing a set inside of Fortnite this weekend, in what is the latest in an ever-growing list of unexpected in-game events. It’ll be the first concert in the battle royale game, and over the past few days posters have been spotted across the island while the virtual stage has been assembled. Even the weather is looking nice; after a major snowstorm in mid-January, the island has steadily been turning a pleasant shade of green.

Here’s how to catch the show as it happens, and ensure you get the most out of the event.

When and where to watch

The concert is happening today at 2PM ET, though it’s not clear exactly how long it will last. Previous Fortnite events lasted just a few minutes, but presumably Marshmello’s show will be a bit longer. It’s taking place at Pleasant Park, a small community in the northwest section of the Fortnite map. Specifically, the stage will be on the football field in Pleasant Park, and you can actually see it in the game right now — it’s been assembled over the last few days. 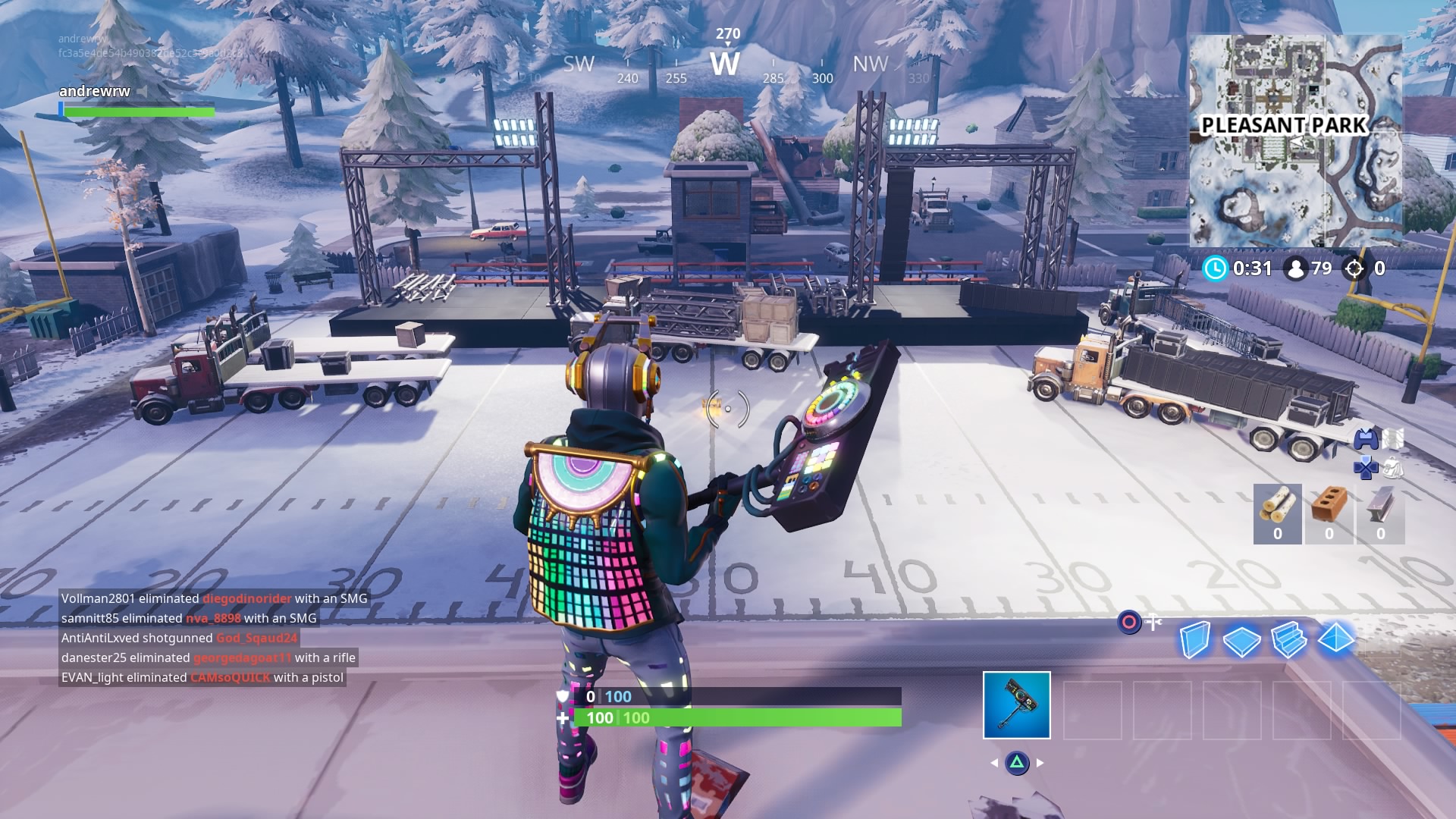 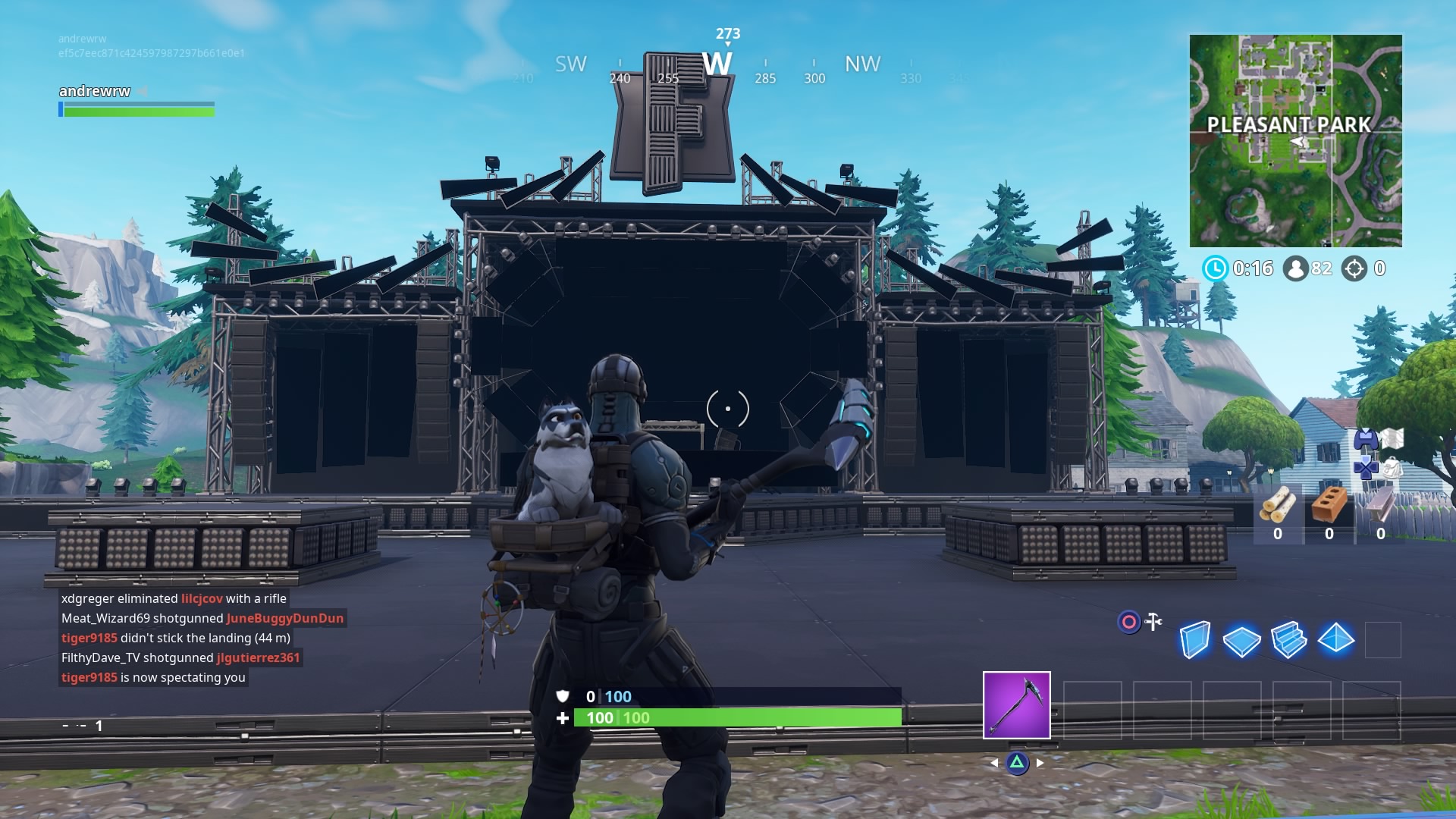 A before and after of the Marshmello stage construction.

While the concert is the main event, developer Epic has also added some in-game challenges in the lead-up. And you’ll probably want to do them ahead of time. Luckily, they’re pretty simple challenges, so it shouldn’t be too hard to knock them out before the show kicks off; mostly they involve visiting specific locations and using a new emote. The challenges are called “showtime,” and will unlock a handful of Marshmello-themed goodies including an emote, spray, and harvesting tool.

If you’re really into the DJ, though, you can also spend 1,500 vbucks on a light-up Marshmello skin, or 500 for the new “marsh walk” emote.

How to watch if you can’t play

If for some reason you can’t be in the game this afternoon, that doesn’t mean you have to miss the event. One of the best things about Fortnite is how much the community broadcasts what’s happening in the game. So you can always watch it from the perspective of your favorite streamer. (If you’re planning on streaming yourself, Epic says that it worked with Marshmello to ensure you won’t receive copyright strikes.)

Here are a few suggestions:

Fortnite: everything you need to know about the world’s biggest game