‘Fauxtography’ is now a fact of life

Share All sharing options for: ‘Fauxtography’ is now a fact of life

Over the course of the past year, especially as I was reviewing Huawei’s P20 Pro and Mate 20 Pro cameras, a portmanteau kept surfacing to the top of my mind: “fauxtography.” It’s a term that’s been used to describe images that are manipulated to factually misrepresent a situation as well as sloppy but innocuous Photoshop chop jobs. To this point, it’s been largely about post-production fakery, whereas the novelty in recent times has been about how good phones have become at doing such things on the fly. The camera system that Huawei calls Master AI is trained to go beyond merely taking the most faithful photo: it works overtime to make grass extra verdant, skies extra blue, and food extra yummy. And then, of course, there’s Google’s Night Sight, which can turn night into day.

For the longest time, we’ve had a seemingly clear dividing line between shots straight out of the camera (colloquially referred to as SOOC) and examples of fauxtography where the shooter has indulged in applying some after effects like filters, vignettes, recoloration, or masking and inserting objects in the frame. Phones are now stampeding over that line.

Why go faux, though?

You might expect me to rant in vehement opposition to phone fauxtography, but I find it more illuminating to address the less-discussed side of why people like to use and companies increasingly offer such automated facilities. Let’s start with one most basic facts: every digital photo you take goes through some degree of processing, even RAW images.

The Myth of the Unmanipulated Image

A digital camera sensor absorbs rays of light and converts them into an electrical signal. That then goes through an analog-to-digital conversion to turn the electrical charges into a series of 1s and 0s. Finally, there’s a processing app like Lightroom that translates the binary code into a visible image. In consumer cameras, these steps are all automated along with compression down into a JPEG file, which also benefits from auto-adjustments for noise reduction, color correction, lens barrel distortion, sharpening, contrast, and a bevy of other small nips and tucks. So before you’ve even opened your Instagram or VSCO filter portfolio, your phone has done a full day’s work on the image you’ve shot.

Much of that behind-the-scenes processing is done in an effort to give the user the most true-to-life re-creation of the scene at which they pointed their camera. But just like headphone makers sweetening their sound with a little extra bass, phone camera engineers juice their photos with a touch more saturation and contrast than is strictly called for. Those things are more pleasing to the casual user’s eye, yes, but they also often cover up for physical inadequacies of a camera’s sensor.

Google’s Pixel camera does a huge amount of extracurricular processing activity for every shot. I’m not even sure it’s capable of taking a single still exposure, as the great strength of its system is using multiple exposures and hardcore math to produce something that would be otherwise impossible. Just like the virtual shutter button you press to capture a Pixel shot, the act of “taking a photo” is virtualized, segmented into multiple, invisible, AI-assisted steps. More and more, the photographer is becoming akin to an orchestra conductor: that’s the scene and mood I want. Now do your thing, superphone.

How AI is changing photography

To be abundantly clear: the best and most realistic mobile camera today is that way because of its unrestrained use of image processing and manipulation.

Yes, they are. But then again, they’re not.

I do a lot of photo retouching work for my reviews and hands-on coverage of gadgets, and I’ve lost count of the number of hours that I’ve spent editing out fingerprint marks and specks of dust. One line of reasoning might be to say that leaving those in would be more authentic to the device in question — Samsung and Sony’s glass-back phones seem to gravitate fingerprint marks toward them — but it actually isn’t. A photo freezes a moment in time and instantly amplifies any flaws within the frame, whether it’s a speaker grille with some pocket lint in it or a small scratch somewhere on the display surface. The things your mind naturally filters out in the real world become searing eyesores in a still image. 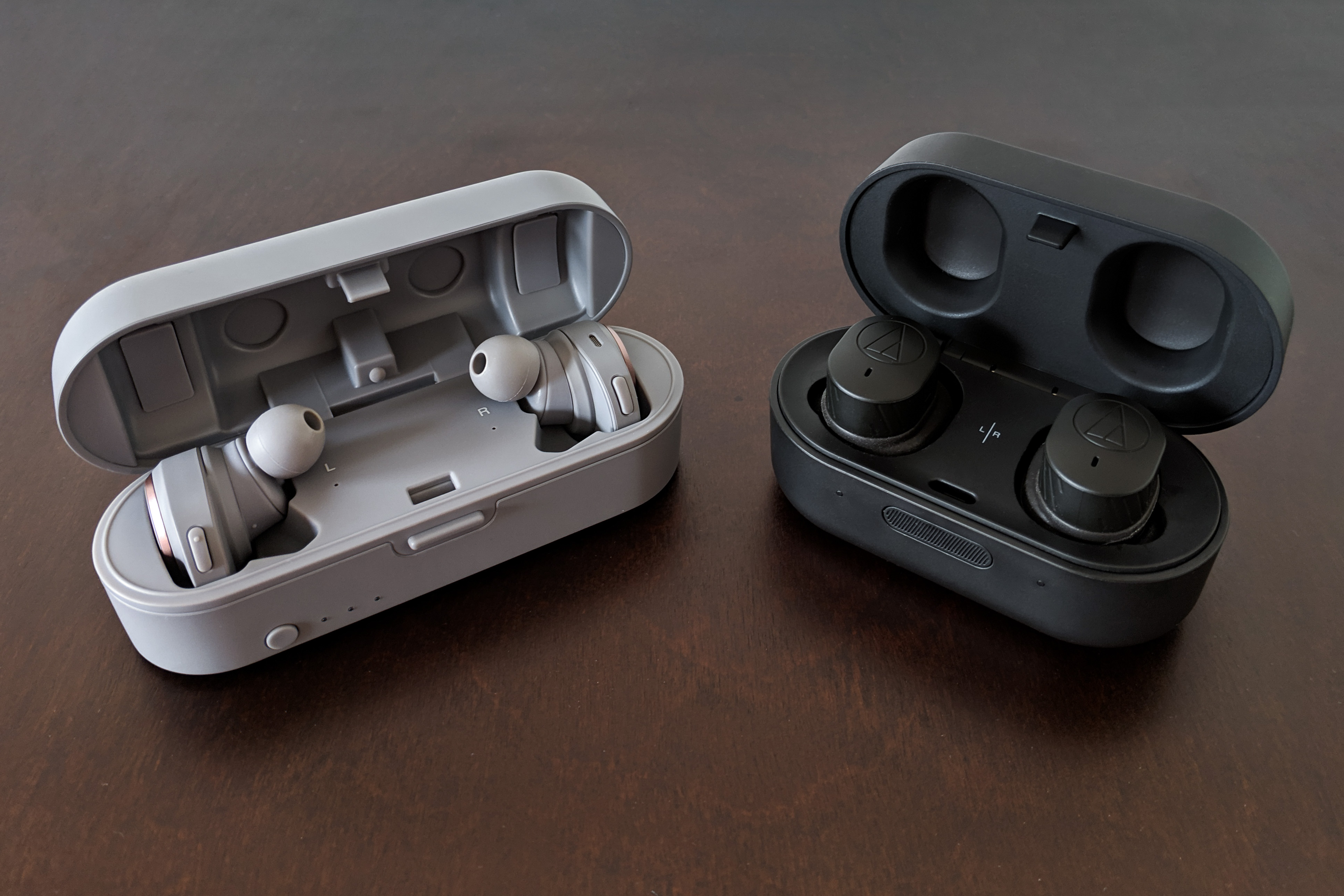 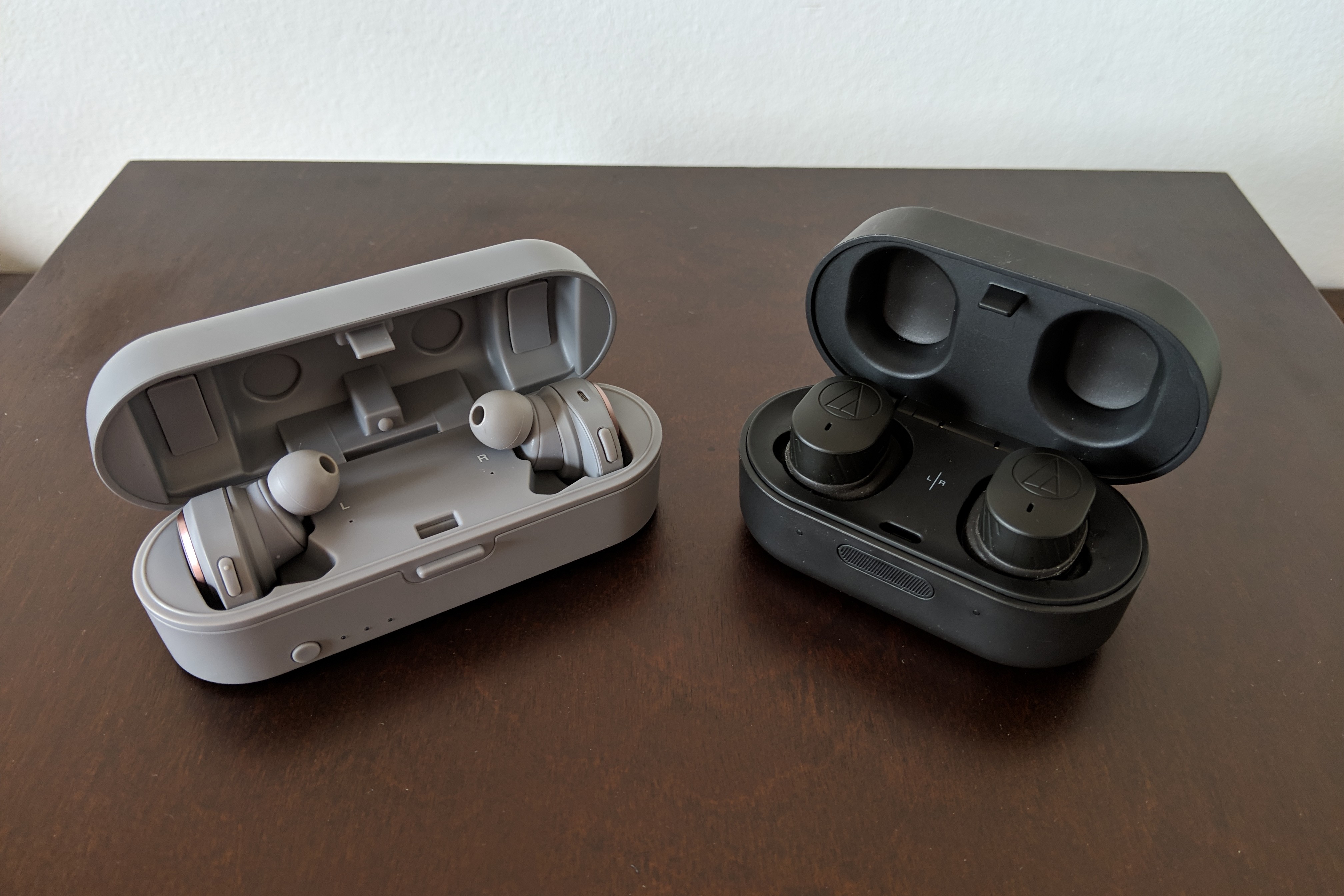 The retouched left image lies to the viewer about the background and the tidiness of the earphones, but does that matter?
Photo by Vlad Savov / The Verge

Human faces confront the same challenge. All of the pores, wrinkles, ear hair, and other imperfections that you subconsciously disregard when engaged with a person face-to-face become magnified in a photo. And the better cameras get, the sharper each of those flaws comes into focus. A really simple illustration might be Hollywood actor Tom Cruise: have a chat with him in person, and you’ll be hard-pressed to notice the asymmetry of his front teeth. But a photo? That’ll show you all sorts of unlovable things, unless it’s edited.

The two biggest problems with beautification modes so far have been their lack of subtlety and the homogenized beauty standards they promote. Whitening and flattening the skin, enlarging the eyes, shrinking or straightening the nose, and throwing a soft and saintly glow around the face are practically universal features across any phone maker you choose to name. Importantly for photographic purposes, a flattering portrait is also soft on detail (as the above OnePlus 5T image shows), and if automatic beautification is applied without a fallback photo with less processing, people wind up with a ton of pics of themselves that sacrifice quality and realism for momentary vanity.

So every photo is, to some extent, a lie?

I think beautification modes, whether for people or, as in Huawei’s case, for entire scenes and environments, are already an unavoidable part of our digital lives, and with a certain measure of restraint and understanding, they can play a constructive role. The world won’t end if you boost colors here and there, or if you opt to use your phone’s faux-bokeh portrait mode to isolate your subject from the background. As with every new technology, the pendulum will swing back and forth between over-use and undue skepticism until a balance is struck. Just like Auto-Tune with audio, though, the processing, finessing, and massaging of images is a genie without a bottle to go back into.

Fauxtography is no longer a thing that happens only in Adobe’s Photoshop or Lightroom, and the idea of unprocessed and unvarnished photography, at least via digital means, is more a romantic ideal than an attainable goal. It’s trite to say we shouldn’t use photography to tell big lies, but the reality is that we tell little ones to ourselves and the world around us all the time. So long as we keep them benign and subtle, I don’t see any problem with that.