Listened to @pkafka and @reckless discuss all things Apple services and the "behind the scenes" of what has and hasn't worked at Verge as well as the future paywall/subscription at @verge -- great episode. https://t.co/RWwEalxMfU https://t.co/zQ3IGi8r7y

Nilay and Peter Kafka discuss Apple Services and then go into the past & future of The Verge at the end.

Recently at SXSW, Vox CEO Jim Bankoff laid out the plan to add "subscriptions" to the Vox Media group of websites:

Soon, Vox will pursue an additional revenue path: Paid subscriptions. "Later on this year Vox will start to introduce membership tiers," Bankoff said. "We’re not going to take away anything you’re already getting. But it will add to the experience."

Vox will be the first site to launch memberships, followed by Verge and SB Nation. "It will give more access to content, more access to our team and more access to events," he said. "Great content has to be supported not only through advertising, but through subscription. We provide the vast majority of our content to anyone who has an internet connection. We’ll continue to do that in a way that is supported by premium advertising. We also support other models that can balance open access to information."

I didn't see any article by The Verge who was at SXSW (and I'm assuming at the event) on the discussion. Maybe I missed it?

Then late this week, multiple sites reported that Vox has agreed to be part of the upcoming Apple News subscription service. 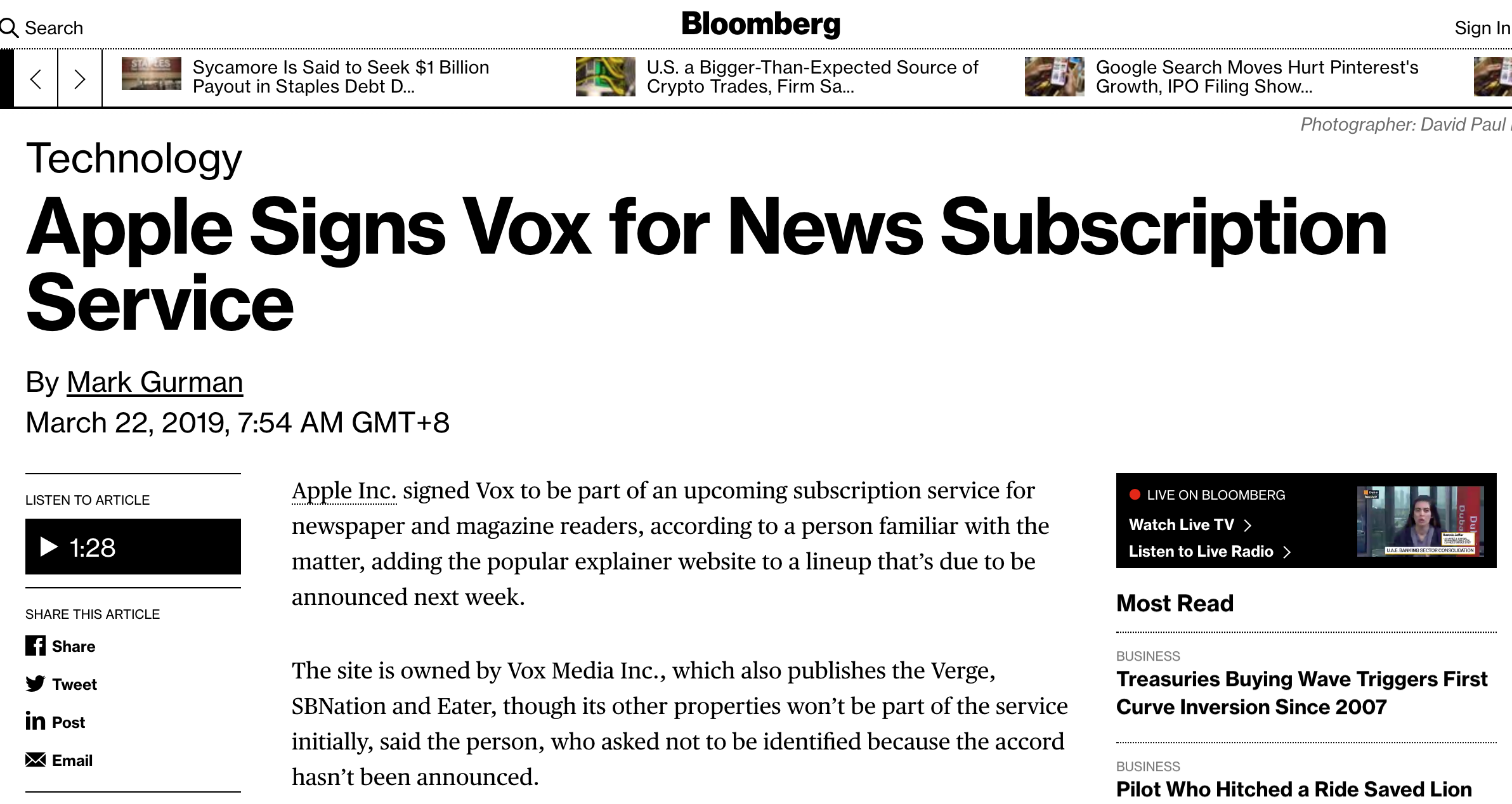 Again, I didn't see anything reported on The Verge, but maybe I missed that too?

Mark Thompson, CEO of the NY Times, weighed in on why he doesn't think it's a good idea to join the Apple News Subscription Service.

A monthly digital subscription to the New York Times costs $15, and Thompson said he has no plans to give that up to participate on other platforms such as Apple’s. Last year, the Times generated over $700 million in digital revenue, close to the company’s target of $800 million in annual digital sales by 2020. Digital ad revenue surpassed print ad revenue for the first time in the fourth quarter of 2018. The Times has plowed investment back into its newsroom, which at 1,550 journalists is now at its largest ever.

Apple is said to be keeping 50% of subscription revenues and be splitting the balance between all the publishers on a pro-rata basis according to the sources customers read. This is a deal unlikely to make sense to many of the top 10 US papers. But an arguably greater threat is what will happen over the medium-term.

Mark Thompson, chief executive of the biggest U.S. newspaper by subscribers, warned that relying on third-party distribution can be dangerous for publishers who risk losing control over their own product. "We tend to be quite leery about the idea of almost habituating people to find our journalism somewhere else," he told Reuters in an interview on Thursday. "We’re also generically worried about our journalism being scrambled in a kind of Magimix (blender) with everyone else’s journalism."

Thompson argued that accepting Apple’s terms would be handing all of the power to the Cupertino company, and that decision was likely to come back to bite publications which joined in. He said lessons could be learned from the Netflix experience, where broadcasters happily sold their content to the video streaming service, only to find that it turned into a one-sided deal further down the line.

"Even if Netflix offered you quite a lot of money. … Does it really make sense to help Netflix build a gigantic base of subscribers to the point where they could actually spend $9 billion a year making their own content and will pay me less and less for my library?" he asked.

Honestly, I figured the giant New York Times having a very vocal opinion about an Event-Worthy Apple Initiative would make it to The Verge, but I guess I missed that too?

Which I wrote about recently on Medium. 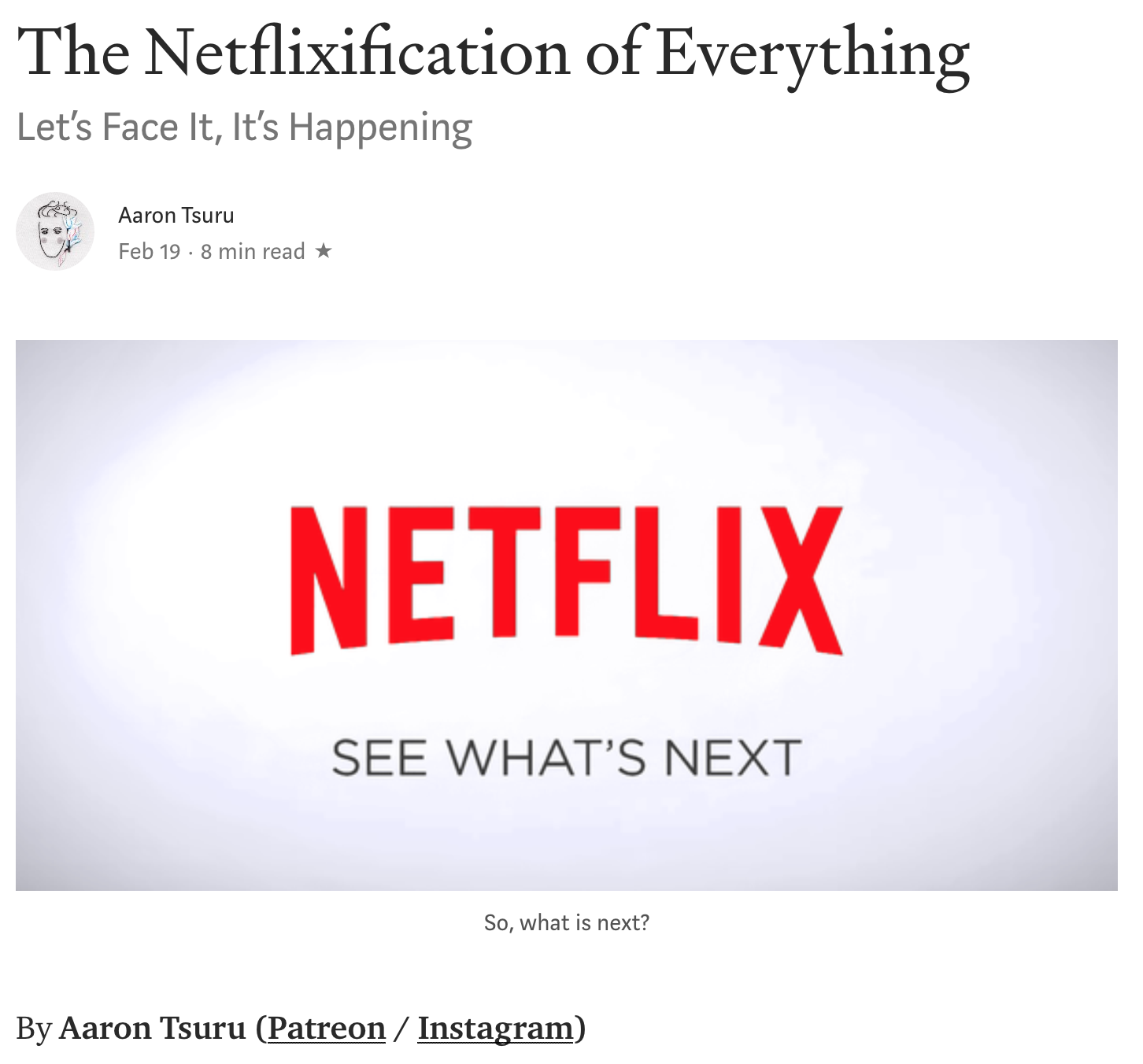 but it appears I need to update it to include News and Games (see Google Stadia announcement).

so nilay, wHAT'S GOING ON?

Silence is telling and/or ominous. So, we reached out to Nilay on twitter as he's often there asking questions and looking for suggestions from his followers.

Any comment on a pending paywall for @verge @reckless since mothership @voxdotcom is joining the @AppleNews subscription service and with Bankoff's comments at SXSW?https://t.co/hJhPn2Tda0 & https://t.co/2pjHcHue0M

Unfortunately, no response yet.

Hopefully by bringing it here in the hidden forums, someone at The Verge who still creeps over here will notice and we'll get an update.

Well, we got the Apple News Plus announcement and launch and it looks like Vox officially has content behind the Apple News paywall. We reached out again to Nilay for comment.

Now that @voxdotcom officially has "paid only content" by joining the @AppleNews Plus service - will @verge @reckless @backlon finally write about it? Or about the impending paywall? or the NYtimes comments? or the SXSW comments? https://t.co/mMmI0kOze2 pic.twitter.com/QAMNitvAzl

Through Apple News Plus 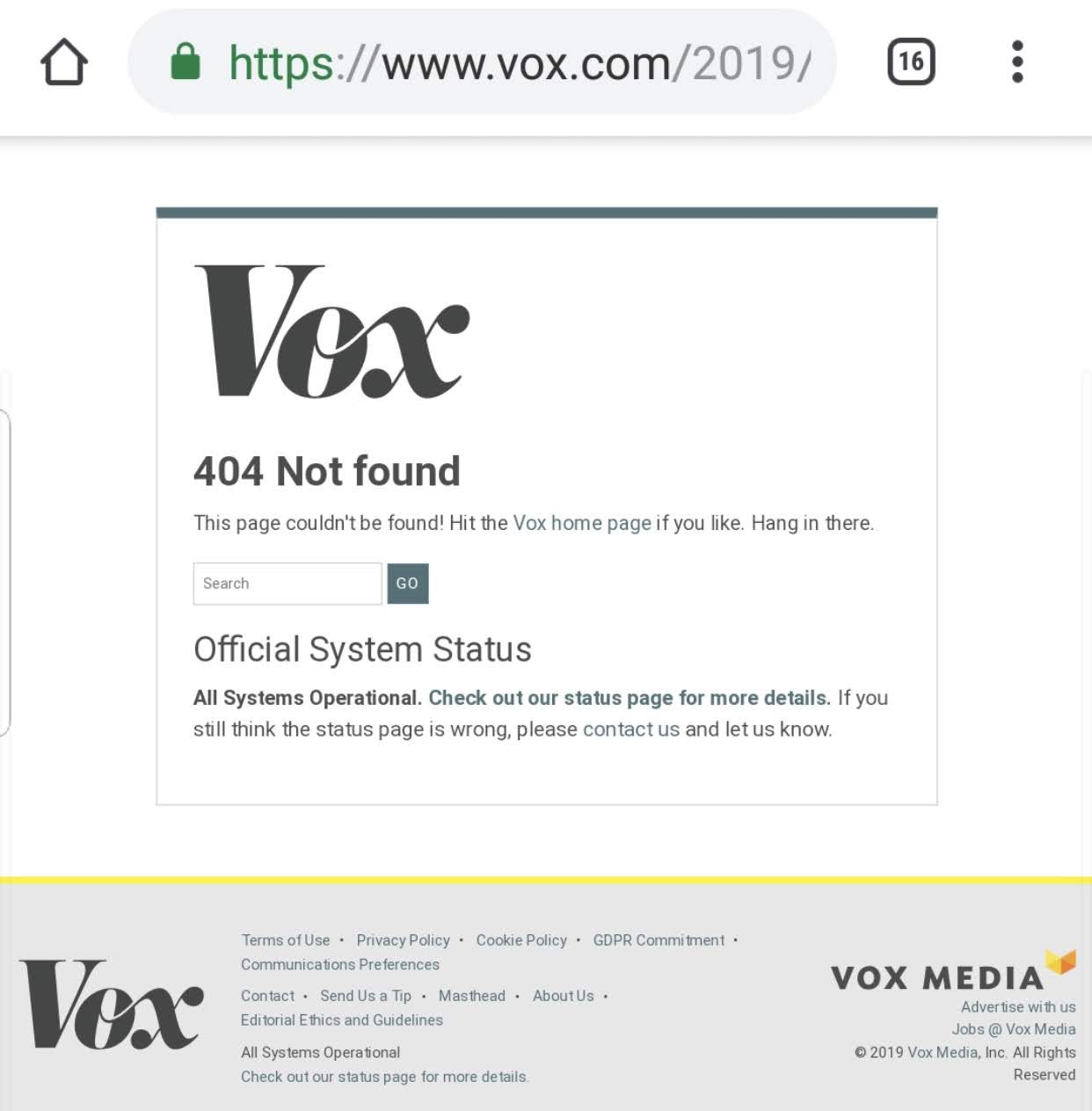