Part of The Creators Issue

Hi, I’m Vlad Savov. You may remember me from such venerable podcasts as the Verge Mobile Show and the Engadget Mobile Podcast. It’s been a few years since I’ve done the regular podcasting thing, but for a few months now, I’ve had the itch to start doing it again — though not in the same way I used to.

The highly recommended Blue Yeti was my microphone of choice for a long time, but it’s a gargantuan and heavy monolith that you can’t take anywhere. That’s a problem when many of the most interesting things I have to say come up in the course of attending big tech exhibitions in faraway lands. What I needed was a mic that could maintain that Yeti quality while shrinking down to fit inside my backpack. Apogee’s HypeMic, released this January, is all that and more. I’m shocked by how perfectly it fits my needs; almost as shocked as you might be to discover that it costs $349.

Our review of Apogee HypeMic 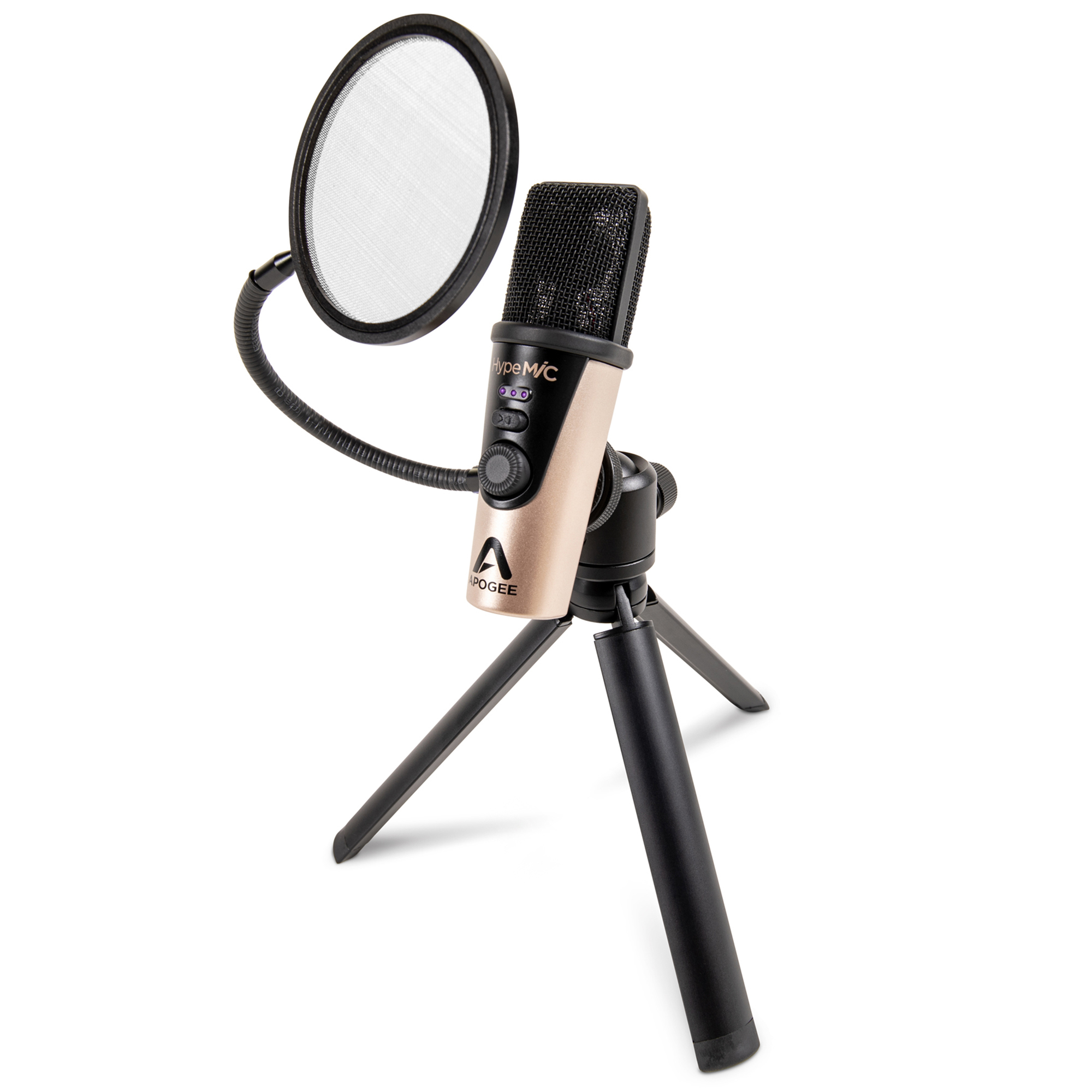 This is very much a premium piece of hardware. You can get a Blue Yeti for under $100 or the smaller Yeti Nano for $79.99. The way I think of it is like this: you can get more processing power out of a PC that costs a fraction of the price of the latest phone, but you still spend the money on the smartphone because it puts that power inside your pocket. The HypeMic is that sort of transformative product: it takes the quality of a desktop anchor like the Yeti and turns it into a portable device that I can even use handheld.

With a built-in analog compressor, which helps to normalize your voice and remove the hiss of “S” sounds, the HypeMic also goes above and beyond much of its competition. My interest in the HypeMic is for podcast use, but this thing can legitimately be used for music recordings and other more serious applications. (Listen to some samples from Apogee here.)

The HypeMic package is about the same size as the case for a pair of noise-canceling headphones like the Bose QC35s or Sony 1000Xs. Inside, you get USB-A, USB-C, and Lightning cables, along with a pop filter and a mini tripod with a pivoting head. The tripod serves as a great hand grip if you decide to use the HypeMic as part of a mobile recording setup. It hooks up to Windows, macOS, and iOS devices without any trouble, and even though Android isn’t officially supported, I found the microphone works just fine with the Huawei P30 Pro.

The few controls and indicators on the HypeMic are as much as I need. The three lights just below the product name insignia serve multiple purposes. When the mic is active, they give me an indication of the volume level, turning from green to red when the sound grows loud enough to start clipping. The button below them controls the blending mode for any headphones plugged into the microphone, which can either prioritize your voice or not play it back to you at all, depending on whether you want to be monitoring the recording or listening to someone speaking to you from elsewhere.

You’ll want to plug in to the HypeMic if you care about monitoring because it has zero-latency playback. The knob at the bottom of the control set is used to adjust the gain / volume when rotated or the compression mode by pressing it in. The lights at the top illustrate the effect of what each button press does, though I still had to refer to Apogee’s website to make sure I understand those functions. Still, this is as close to a manual-free setup and operation as you can probably hope for.

Apogee offers three settings for the HypeMic’s compressor: there’s the minimal option, which leaves your sound mostly untouched, there’s the podcasting-recommended medium, and then there’s the broadcast-like max compression, which makes everything sound loud and in your face.

The purpose of a compressor is a little counterintuitive, as it acts to compress the dynamic range of a recording. Being more of a camera geek, I instinctively think of that as a bad thing. But in the context of voice recordings, it helps eliminate the unpleasant sibilance that might be heard when you pronounce your Ses, or the sharpness of lip-smacking (we all do it), or the pop of hard consonants like Ps and Ks. With compression enabled on the HypeMic, I didn’t find much need to use the provided pop filter as well. A good way to think of this feature is that it normalizes your voice, raising the moments of quieter speech and reining in the louder ones. The cool thing about it being analog in the HypeMic is that everything still sounds natural.

The HypeMic has a cardioid (meaning heart-shaped) pickup pattern, which is to say it’s most interested in what’s directly in front of it. That’s great for my context of typically suboptimal acoustics because it whittles down small annoyances like whirring fans or noisy streets outside. It’s not so awesome if you’re keen on doing things like binaural recordings. This is not an ASMR-friendly mic, unfortunately.

More than anything, the appeal for me with this microphone is its ease of use. It’s so small and light that I can use it to walk and talk my way through a show like CES or MWC. Ambitious content creators can combine the HypeMic with their smartphone and produce some fabulously high-quality videos. We just reviewed the DJI Omi Pocket, a great little vlogging camera, which, like most pocketable cameras, was let down by the quality of its sound recordings. Though I lack the musical talent to be able to fully stretch the HypeMic in terms of its sonic performance, it’s given me reliably crisp and high-quality voice recordings that mean I feel comfortable trusting it to record everything I need.

I anticipated my search for the ideal portable microphone to take much longer than this. But Apogee, the company that co-developed Sennheiser’s curious and cool Ambeo 3D headphones with binaural mics, has pretty much solved all of the issues for me. Except for the considerable one of price. At $349, the Apogee HypeMic asks a lot, though Apogee does also offer the $259 Mic Plus, which shares the same basic construction and specs, but lacks the HypeMic’s built-in compressor. I suppose it’s really a matter of how serious you want to be about your recordings: podcasts are growing into a legitimate career choice these days, and if quality and portability are important to you, the HypeMic is hard to beat.