These $1,599 headphones are premium both in price and in fact

Three years and a few dozen reviews ago, I declared the Bang & Olufsen H6 the best portable headphones you could buy. As if to spite me, B&O ended up discontinuing the H6s in favor of some wireless mediocrities, and I’ve been stuck without a true favorite pair of high-quality, over-ear headphones to recommend. Plenty of good ones, but none as instantly engaging, satisfying, and downright soulful as my H6 benchmark. Well, today I can say Denon has surpassed my previous reference point for portable audio with its flagship D9200 headphones. Handmade and engineered in Japan, these bamboo-clad cans do almost everything right, and their only real downside is a mighty $1,599 price. 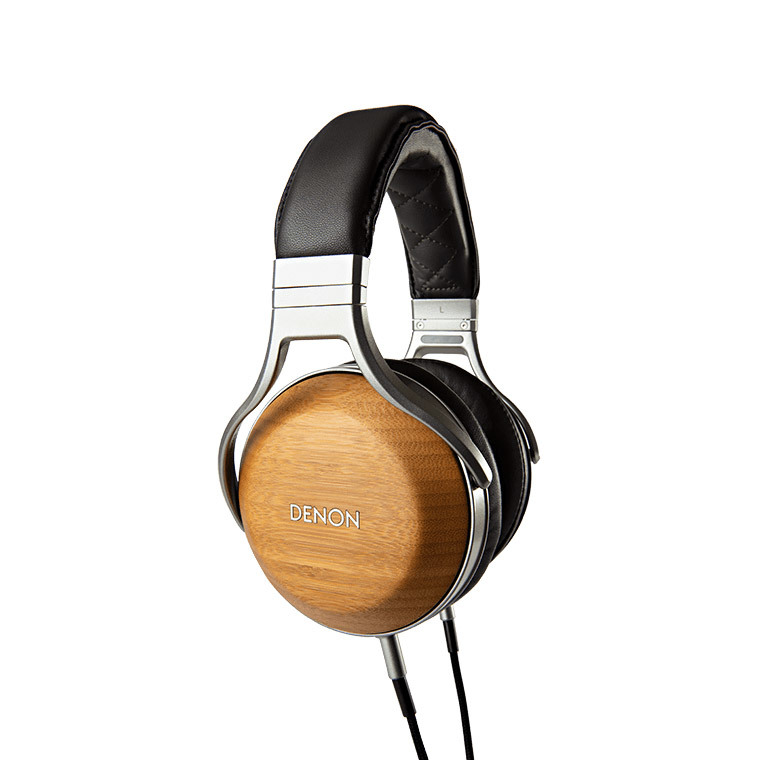 The Denon D9200s are the headphone equivalent of Fujifilm’s X-series of cameras. They have a design that’s at once retro and timeless. You could be reading this review in 2019 or 2029, and all the good things like the real bamboo cups and quilted leather headband will still be desirable and laudable. Without even putting these headphones on, I could tell you that they’re the real deal that everyone else tries to copy. I recently reviewed the $199 Brainwavz HM100s, which also have real wooden cups, but fail to match the refinement, precision, and build quality of Denon’s design. Dare I say it, the D9200s do actually exhibit craftsmanship of the sort we all too often hear about, but don’t experience.

Living up to all the clichés about Japanese craftsmanship

Once wrapped around my cranium, the D9200s have enough clamping force to stay in place without ever inducing discomfort. I can’t run with them on, which more convenience-focused headphones like the noise-canceling Bowers & Wilkins PX allow, but I wouldn’t want to do so with a four-figure pair of cans, anyway. The D9200s are light for their size, and while you’ll never quite forget you’re wearing them, they feel more pillowy than burdensome. If I have a quibble, it’s that the headband might have benefited from a little more or better-positioned padding, as it doesn’t feel quite as lovely and soft as the ear pads.

The large, asymmetric pads wrap around the back of the listener’s ear and provide an impressive degree of passive noise isolation. I’ve been on London’s tube and busy central streets with the D9200s on, and my music has come through cleanly, powerfully, and pleasurably every time. You don’t need a powerful amplifier to drive these headphones, and I’ve been using them happily with the Hidizs Sonata HD dongle and a Pixel 3. The only downside to their use in public is that they do leak some of their sound out, so you might be a bit of a nuisance in a quieter environment. In any case, for the vast majority of everyday circumstances, these headphones will maintain their high sonic quality.

It’s also nice that the pads are easily replaceable. Spending big money on headphones of this sort demands high-quality components from the start, plus some degree of user serviceability, and Denon ticks both boxes.

The sound of these headphones renders their few shortcomings irrelevant

Alas, unlike the latest wave of smartphones, the Denon D9200s aren’t foldable, and they don’t come with a carrying case — so you’ll have to either buy a separate case yourself or, as I’ve tended to do, just wear these around your neck when not listening to them. They’re comfortable enough not to get in your way, though you’ll also need to be relaxed about the peacock quality that they’ll add to your daily outfit.

I find myself intensely relaxed about the D9200s’ small shortcomings, and that’s because of how damn good they sound. Closed-back headphones can often sound claustrophobic, with a narrow and shallow soundstage, but not these. Closed-back cans also typically struggle to find the right tonal balance, with either the bass submerging everything into a swamp of thump, such as with the Campfire Cascade, or the treble shooting a thousand sharp daggers at your eardrums. Denon’s own D7200s share a lot of the physical qualities of the D9200s, but fail on this basic performance test with a muddling, unassertive sound signature. The D9200s are a return to form for the storied audio company.

The first album that made me sit up and take notice that these D9200s are something pretty special was Stromae’s Racine Carrée. The track “Humain à l’eau” is a rapid succession of variegated bass notes mixed in with various highs such as... an elephant’s trumpet. These headphones do an expert job of laying out all the low-end texture and delivering that “slam” that we all look for, but when Stromae’s lyrics come in, the D9200s put him front and center, where he belongs. Rosalía’s El Mal Querer exhibits the same qualities. When she sings, I tear up a little. Vocals feel like the first-class citizen on these headphones, but the bass is so taut, punchy, and present that my bass head urges are fully sated as well.

Focal’s $3,000 Stellia might be an unfair comparison for Denon’s flagship cans, but I had them around at the time of this review, so I listened to both. The Stellia are more resolving and insightful, letting me peel away all the layers of a complex production like Billie Eilish’s “when the party’s over.” There’s more realism and truth to be obtained from Focal’s headphones, but the D9200s are the ones that make me nod my head more often. They’re the ones I dance in my bedroom with, in part because they’re smaller and lighter, and in part because their tuning is simply more euphonic.

The bass is awesome, the midrange is great, and the treble is engaging without ever fatiguing

I tried my best to trip up the D9200s by jumping around genres: Gaël Faye’s Rythmes et botanique, Le Trio Joubran’s Majâz, Run the Jewels’ trifecta of albums, Kelela’s Hallucinogen, Aukai’s Branches of Sun, Bo Hansson’s Lord of the Rings, Infected Mushroom’s Legend of the Black Shawarma, System of a Down’s Toxicity, and Drake’s “Tuscan Leather” each sounded as good or better than I’ve heard them. I even tried country music with Lil Nas X’s “Old Town Road” collab with Billy Ray Cyrus, and yep, that’s awesome, too.

Denon’s D9200s leave me wanting for very little. There are no other headphones that can provide this level of sound quality with this degree of portability and flexibility. I can plug these Denons into my dedicated amplifier at home or just jack them into my phone via a dongle. They’ll sound and feel great, no matter what.

With a build quality and an aesthetic that promise to stand the test of time, the Denon D9200s are an easy pair of headphones to recommend. Take good care of them, and they’ll last you long enough to make their high initial price feel entirely justified.