By Cameron Faulkner@camfaulkner May 30, 2019, 2:30pm EDT
Photo by Amelia Holowaty Krales / The Verge

Share All sharing options for: You can get a good quality phone for less than $200 now

It’s a given that an expensive meal is going to taste good. So, it’s not surprising when it does, only when it doesn’t. On the other hand, it’s easier to be impressed with an affordable restaurant. You’re probably not expecting much or spending a lot, and while there are usually compromises, the right meal could make it your favorite spot.

This same experience can happen with smartphones, though you shouldn’t eat your phone. Spending over $500 will get you a feature-rich flagship smartphone, precisely crafted to delight both in terms of hardware design and software. Some cheaper devices are akin to quick fast food: they can get the job done, and usually not much else. But, being on a budget doesn’t mean that you’re out of luck.

Increasingly, flagship features, design, and software are coming to low-cost phones. Look no further than the $399 Google Pixel 3A for proof. It has the same excellent camera from the $799 Pixel 3, and much of the same design, too. This more reasonable price results in a phone that’s made out of plastic, and has hardware that’s a little more sluggish to use than you’d expect from a flagship phone. It’s tough to beat the value if you just want a somewhat affordable phone with a good camera, but $400 is still a lot of money.

So what can you get for half that? Surprisingly, for less than $200 you can find phones that look and feel like a more costly device, built with glass and featuring the latest Android 9 Pie software, or with a big, bright screen that’s suited for watching movies and TV shows. I was surprised by the breadth of options available for under $200, so I checked out three phones to get a sense of what your money gets you: the $189 Nokia 4.2, the $179 Coolpad Legacy, and the $199 Rokit IO 3D.

These three phones run the spectrum of what you can get in this price range, whether that’s a big, bright screen, sleek design and software, or forward-looking features that may turn out to be more gimmick than utility. They also have a deep bench of modern features, like a fingerprint sensor, dual rear-facing cameras, and in some cases, dual SIM card support. Simply put, being on a budget doesn’t box you in as much as you might have thought. 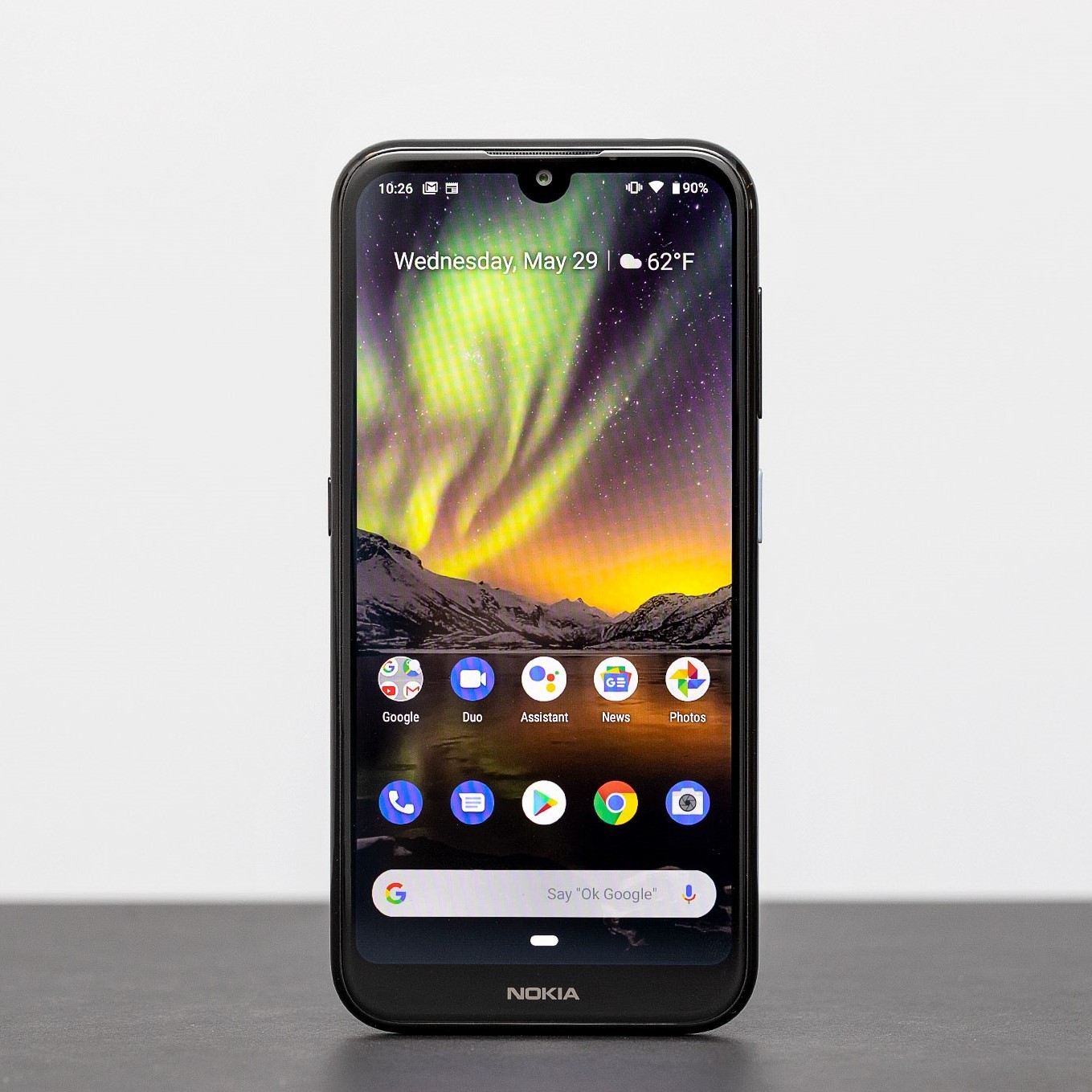 Our review of Coolpad Legacy 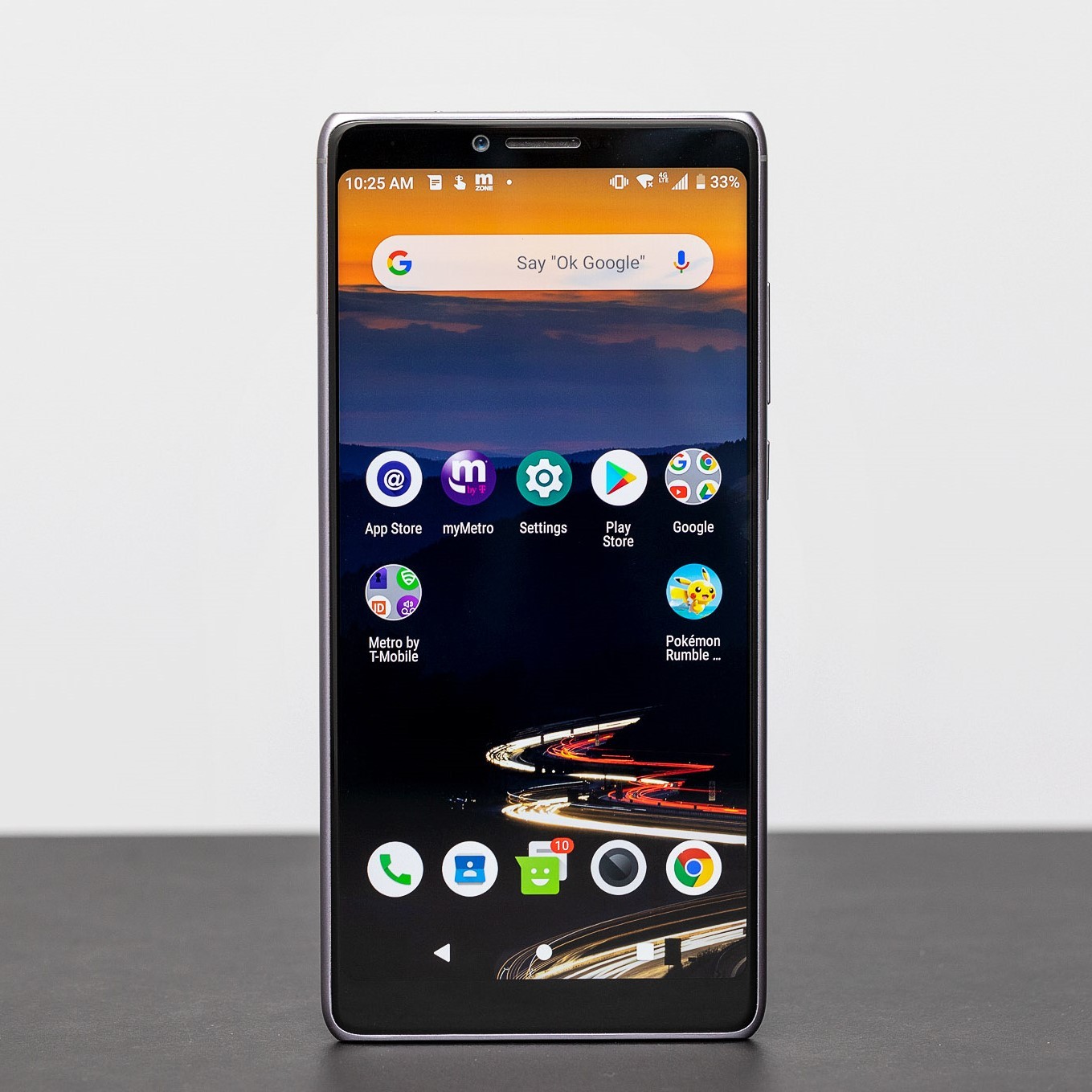 Our review of RoKit IO 3D 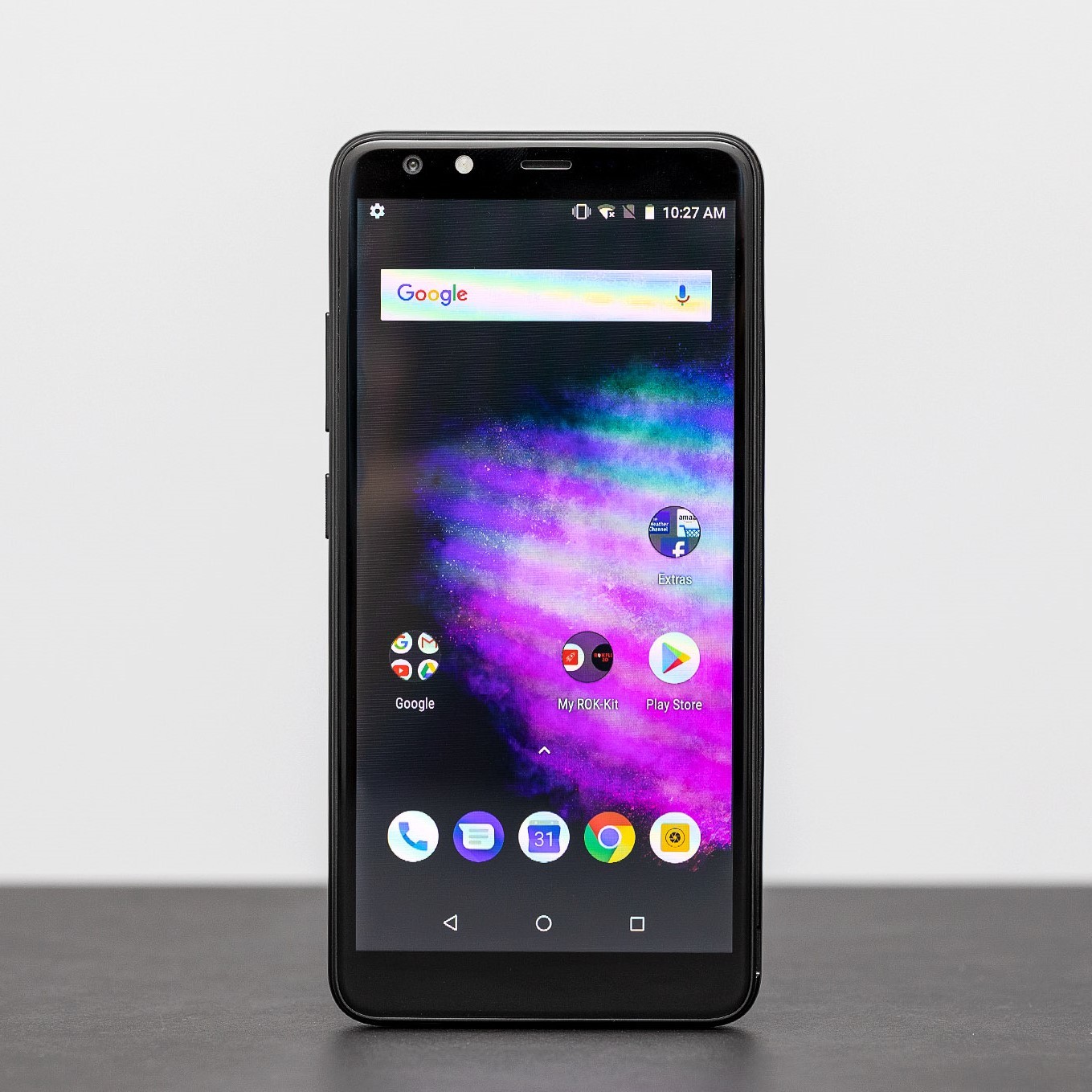 It’s reasonable to expect that a sub-$200 phone won’t give you everything that you’d find in a more expensive model, but the Nokia 4.2 comes the closest to doing it. A big part of its success leans on its software, which is nearly stock Android 9 Pie. This phone is part of Google’s Android One program, which succeeds in bringing a less demanding version of the Google Pixel’s software to affordable phones, with the latest security and feature updates in tow. It will receive Android Q, as well as future platform updates for two years and security patches for three years from launch. Reliable updates are something that less-expensive phones have always lacked, so it’s impressive to see Nokia’s commitment here. I installed my Pixel 3 software backup onto the Nokia 4.2 and I felt mostly at home here, though the performance is certainly less responsive on the Nokia.

This phone uses Qualcomm’s Snapdragon 439 processor and has 3GB of RAM. This is more than enough power for basic tasks like messaging, using the phone, and browsing on Chrome, but even so, a noticeable lag is usually present when browsing through the menus and opening or switching apps. Games like Pokémon Rumble Rush and PUBG run at choppy, but respectable frame rates on low settings.

Software plays a big role in the success of the Nokia 4.2

This ho-hum performance also rears its head in the camera. The phone is slow to capture photos, and its screen doesn’t provide a reliable viewfinder; it looks much brighter than the captured photos turn out. However, Nokia’s phone takes the best photos between the three devices that I tested. The photo results from the Coolpad Legacy and Rokit IO 3D are blurry, even when I’m standing still. Is the Nokia 4.2 as good at taking photos as the Google Pixel 3A? No, but what it can do for $200 less is impressive.

The Nokia 4.2 has a few extra tricks that you don’t see every day, even in many of the most expensive phones. Its power button illuminates when you receive a notification. It’s easier to notice from across the room than most notification LEDs, which are usually implemented near the selfie camera on phones, a place where you can’t see it blinking unless you’re right next to it. Another interesting feature is its Google Assistant button on its left side that can give you immediate access to the voice assistant without yelling “Hey Google.” It can’t be remapped to another function, which is disappointing, but this is a cool feature to have found its way into a budget-friendly phone.

Of the three devices that I tested, the Nokia 4.2 comes the closest to feeling like a more premium — and expensive — device. The software definitely aids in this, and its glass-covered body looks and feels good to carry. If you need an inexpensive device, this could be a good fit — that is, if you can deal with its Micro USB charging port. USB-C is so much easier to plug into, and the Coolpad Legacy’s USB-C charging port offers faster charging speeds.

A Metro by T-Mobile exclusive, the Coolpad Legacy is the better choice if you want a bigger, brighter, and slightly more colorful display. The Legacy is, in a few other ways, a better phone than the Nokia 4.2, even if I do prefer the latter’s design and feel. Coolpad’s phone looks like a premium phablet, covered on its front and back with glass. Its 6.4-inch, 1080p display dwarfs the Nokia’s 5.7-inch, 720p screen. Some Verge staffers preferred the feel of this device over the Nokia 4.2, and if you like big phones, you may prefer it, too.

The Legacy has a slightly more capable processor than the Nokia 4.2 (Snapdragon 450 vs. Snapdragon 439), and it’s just a little bit more zippy during general use. This phone’s larger, higher-resolution display makes it the better choice if you watch a lot of TV shows or movies, and play the occasional game. Like Nokia’s phone, it can handle intensive games, like PUBG, at around 30 frames per second.

These perks aside, it doesn’t have it all figured out. Its cameras take noticeably worse pictures than the Nokia 4.2, and some of the Coolpad Legacy’s speed advantage is put to waste on Metro by T-Mobile’s bloatware. This phone costs just $29 if you switch to the carrier and sign up with a $50 per month plan, though it’s $179 otherwise. But, no matter how you buy it, it comes with eight of the carrier’s apps preinstalled and you cannot uninstall them. Most of them aren’t too intrusive on the experience, with the exception being the MetroZone news app, which at times launches automatically when I unlock the phone. This example and Coolpad’s software in general, which lacks the slick animations and polish of the stock Android OS that arrives in the Nokia 4.2, make the Legacy feel like a budget phone.

I haven’t brought the Rokit IO 3D into the equation yet because, at $199, it’s by far the worst value of the bunch. As its name indicates, it dabbles with 3D in a manner that’s somewhat similar (ambitious as an idea, bad in execution) to the RED Hydrogen One. This one can display photos that you take in 3D, but the results aren’t great, and worse, the screen quality is atrocious. It has a 720p display, like the Nokia 4.2, but it looks significantly worse with poor viewing angles and noticeable pixelation in text.

The Rokit IO 3D comes with Facebook, Amazon, and The Weather Channel apps preinstalled out of the box, and Rokit has a few apps of its own installed, too. One is a collection of 3D content that takes advantage of its 3D-capable display, and the other is an account management app that people can use to access its ROK Health service, which claims to offer medical advice over the phone and savings on pharmacy bills to people who buy the device. These could be useful features, but I can’t vouch for how long Rokit will work to grow its library of 3D content, or how exactly it plans to help you save money on medicine.

You should steer clear of this phone. Its MediaTek processor is slow, the screen is horrible, the build quality is worse than the others, and the Android 8 Oreo software somehow is really rough around the edges. If the Rokit IO 3D were $100 less, it’d be a more acceptable value, but I wouldn’t be any more likely to recommend it.

We’re not at the point where $200 phones are going to win awards or be the clear choice compared to more expensive devices. That time may eventually come, but for now, it’s easy enough to find a device that’s capable — and enjoyable — to use. The Nokia 4.2 and Coolpad Legacy are a few solid examples, though if you’re looking for more options, check out our roundup of the best cheap phones.