Sink into the warm, bassy embrace of these delightful earphones

This is going to be one of those awful reviews that reads like an advertisement because of how few negative things I have to say. The thing is, humans have gotten really good at making headphones. Over the past few years, the quality of sound that you can expect for your money has been invisibly inching up. As wireless and true wireless models have entered the mainstream, incumbent headphone companies have responded by making their wired models better, prettier, and more euphonic.

Today’s example of the wired headphone resurgence is the Final E5000. This $279 pair launched last year and elevated the affordable E series, highlighted by 2017’s cheap and lovely E2000, into a more premium segment. Both the E5000 and E2000 earned awards from Japan’s VGP, which previously recognized such audio gems as the Zero Audio Carbo Tenore and the Denon D9200. I must say, I regret not getting ahold of an E5000 pair sooner, because they really are worth the inflation in model number and price. 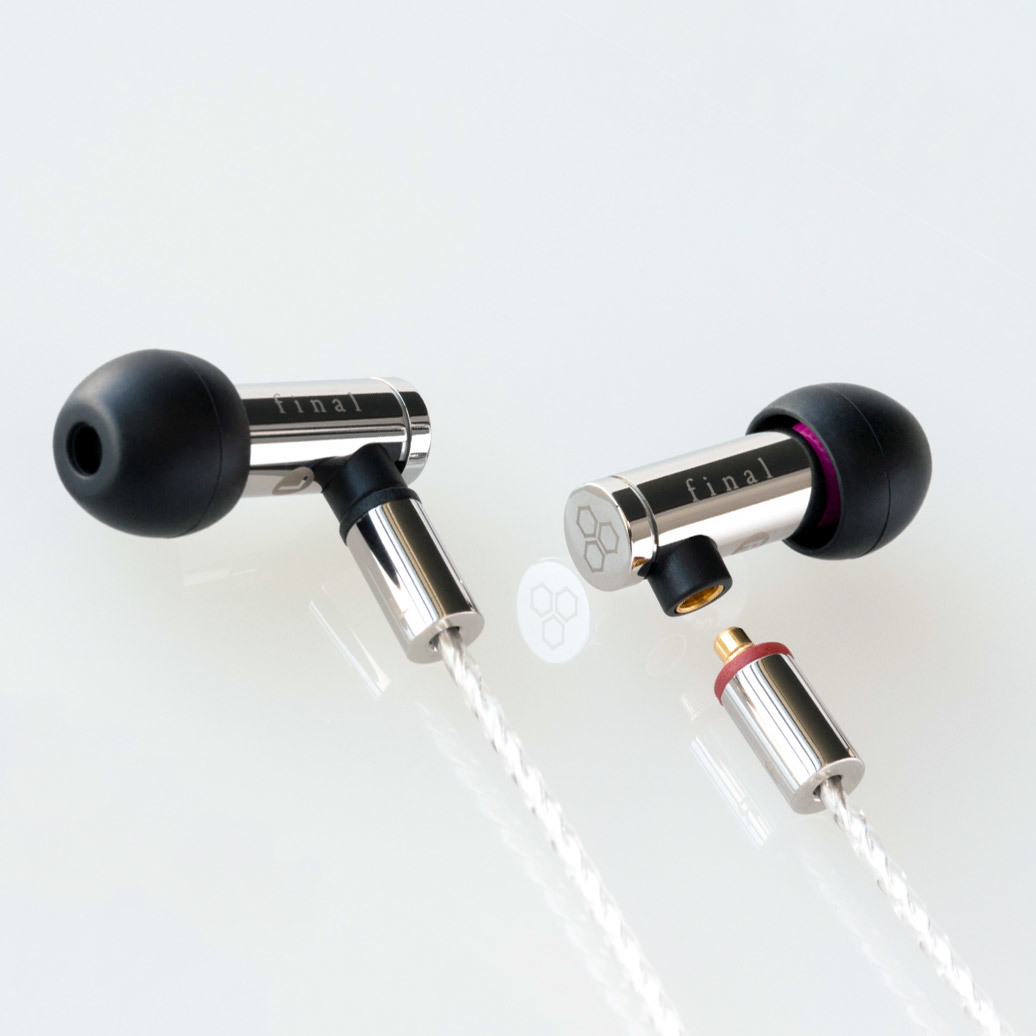 These earphones do a few cool things with their acoustics that make their sound signature unique and rather addictive. Starting with a comparatively small 6.4mm dynamic driver in each bud, the E5000s pump sound into a tiny cavity, through an acoustic filter, into a second chamber, and into the listener’s ear. Final claims that the tuning of the E5000s is without any pronounced frequency emphasis, which allows every element of a recording to come through clearly. I very much agree with that, though I have to add that it doesn’t mean the tuning is flat or neutral. Not even close. There’s a pronounced, delightful tilt in favor of warm and bassy notes, and Final’s greatest achievement with the E5000s is in delivering that without overwhelming the mids and treble.

Put on something bassy like Kaytranada’s 99.9%, and you’ll experience these earphones at their best. Their low end drives the music forward with authority, being both plentiful and detailed, and it reminds me of the sort of heft I get from Audeze headphones that are an order of magnitude larger, heavier, and more expensive. When the vocals of Kaytranada collaborators Vic Mensa and Anderson .Paak come in, they sound realistic and refined.

Final does an amazing job of drawing out an enveloping, 360-degree soundstage from these tiny buds, and the imaging of sounds within that space is precise. Listening to Jonathan Sumption’s BBC Reith Lectures about “Law’s expanding empire,” I hear the echo of his voice in the large hall where the lecture was recorded. The occasional cough from the gallery is so organic and natural that I raise my head to look around me in my otherwise empty room.

Halsey’s Hopeless Fountain Kingdom exposes some treble weakness in the E5000s, which can sound a bit thin and undernourished up top. As I say, these treat bass as their first-class citizen, but my trick when I want to hear more treble has been to simply turn them up. That fleshes out the recording, even if it retains a low-end imbalance, but then I happen to favor that. It’s just a smoother and more pleasant listen when a pair of earphones isn’t perfectly faithful to every high note, scream, and screech. The E5000s’ sound is silky smooth without losing precision, serving up no hard edges or sharpness.

Refined in sound, refined in design

Physically, Final’s E5000s are the very embodiment of their sound. Wrapped in polished steel cylinders, they’re compact little capsules of sound, terminating on very comfy and once again thoughtfully engineered silicone tips. The latter are designed to incline inside your ear canal, so as to better follow its natural curve. They also have a smart left-right labeling system, with the inner tube of the right bud being either pink or red, depending on the size of the tip used, while the left is always gray.

The simplicity, rigidity, and precision of Final’s E5000 design gives me confidence that these earphones will last a long time. Their fancy oxygen-free copper wire, braided for bragging purposes, is removable and terminates on an L-shaped 3.5mm plug with plenty of strain relief. When I call the wire fancy, I mean it. The technology inside was developed by Japan’s Junkosha and originally used in supercomputers for its high purity, and now it’s being adapted for the task of channeling tunes into human ears. Final also goes well above the minimum spec with the MMCX connectors it uses between the earbuds and the cable, testing them to endure 10 times the number of bends and flexes than usual. I’m usually wary about loose-fitting MMCX jacks, but in the case of the E5000s, the only way that connection will be broken is if you choose to do so.

Taking Final’s earphones out on a busy London street, I find they muffle the growl of surrounding cars and buses without ever muting it completely. They’re not noise-canceling headphones, but they have sufficient noise isolation to let me enjoy my music in noisy places. While I’d prefer they would completely neuter outside noise, I know many other people prefer to retain a measure of ambient awareness, and the E5000s strike the right balance for that demographic. I wouldn’t recommend them for listening on an underground train since they lose a lot of their refinement and quality when mixed in with really loud noise, but they’re good for almost all other circumstances.

I have a weird but reliable measure for assessing the comfort, both physical and acoustic, of a pair of headphones, and that is whether or not I can fall asleep with them. The best ones provide a natural sound that doesn’t freak out my subconscious with alien sonics, and their fit is light and comfy enough to let me doze off. Final’s E5000s pass those tests with flying colors, and their tininess makes them awesome for wearing in bed and forgetting that you have them on.

A final note about these Final earbuds: their carrying case is unlike anything I’ve ever seen before. It’s made up of one silicone hemisphere that fits inside another, with three attachment points to keep it closed when the earphones are inside. This case does three things brilliantly well: it keeps the buds well-protected when they’re in it, is entirely unobtrusive when they’re not (I tuck my AirPods case into its void at those times), and is easily washable / potentially indestructible.

With a minimalist, monochromatic design and a range of five ear tip sizes, the Final E5000s are the definition of unisex hardware. They’re certainly a considered purchase at $279, but I can see people buying a pair and then not feeling the need for new earphones for many years. There might be more accurate and faithful sound from pricier models, but few would deliver anything more relaxing or enjoyable than the E5000s’ sonics.

The biggest distinction between these Final buds and something like my beloved $40 Zero Audio Carbo Tenores is that the latter are frail and delicate, whereas these earphones have been built to endure. Like a fine mechanical watch, they’ll keep their value and endurance even in an age where more modern tech like true wireless buds is rapidly taking over. Good sound and design are, after all, timeless.