A $50 tablet can handle the basics, but not much more

Share All sharing options for: A $50 tablet can handle the basics, but not much more

The best thing about buying a cheap tablet is that it won’t cost a lot: $50 can get you a Wi-Fi-enabled tablet that can access the internet, video chat, and run popular apps, including social media and streaming services. That’s a fantastically low barrier to entry, and those capabilities match the scope of what a large percentage of people demand from a device, be it a tablet or a phone.

But, let’s get one thing straight from the start: you’re getting exactly what you pay for.

I checked out two new tablets to see just how far your money can take you at this point. One is Amazon’s latest $49 Fire 7 tablet, and the other is a $64 Walmart-exclusive device called the Onn tablet. They’re very different tablets, though they have a few things in common: they’re both sluggish, plastic-clad Android tablets with poor battery life, and their screens will turn counting pixels into a side hobby. Flaws aside, they might fit your needs perfectly. 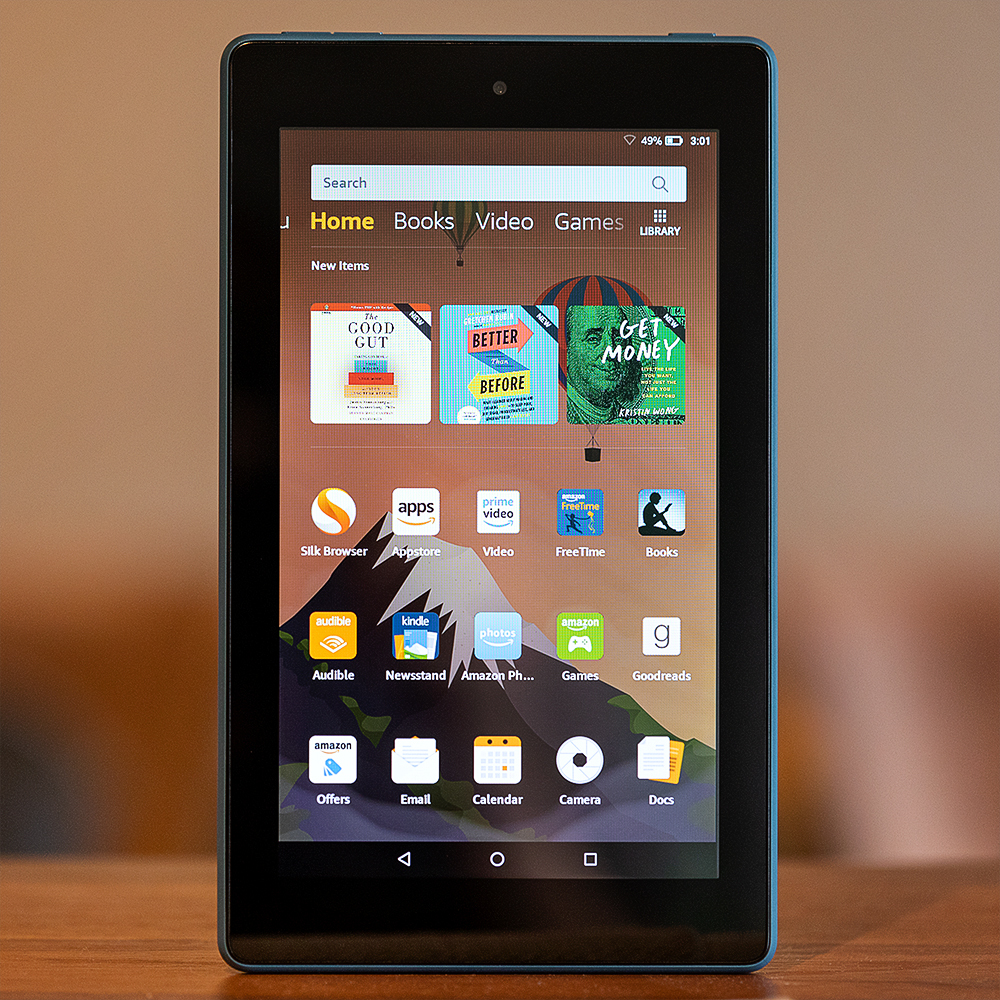 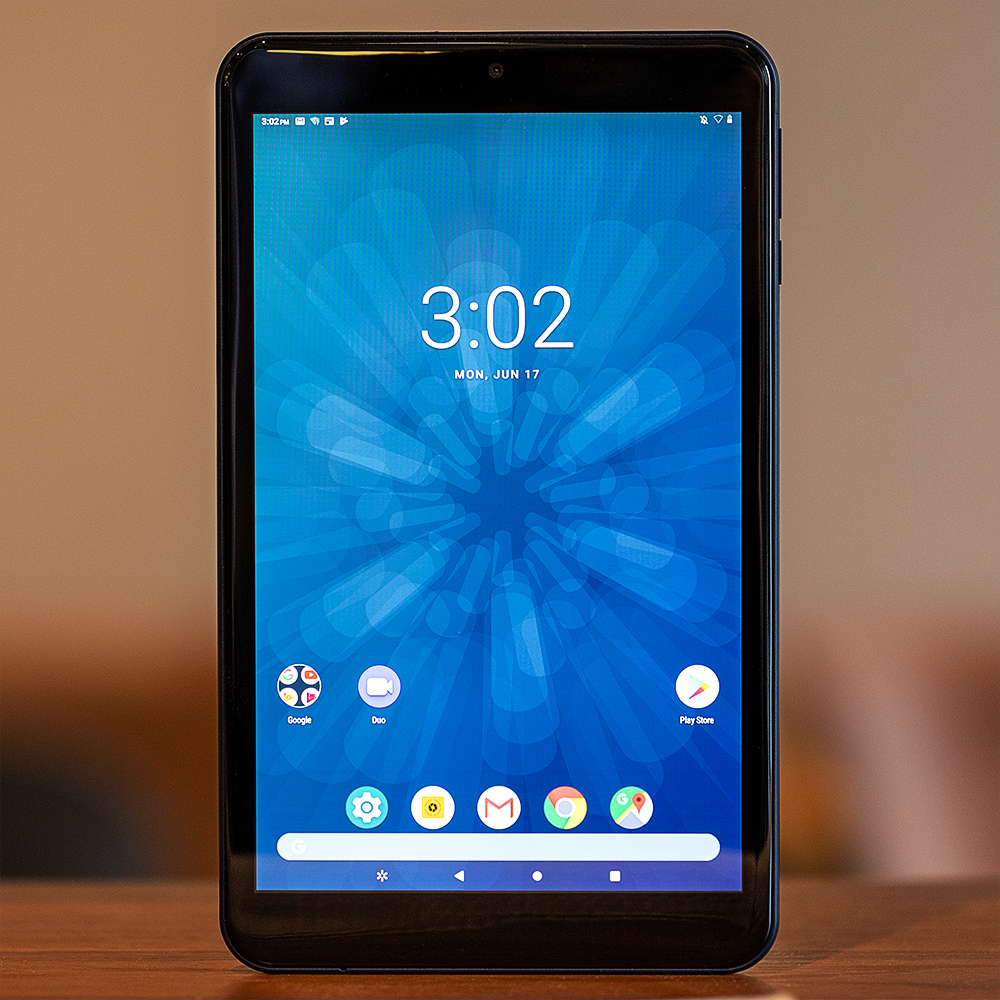 If you’re considering these two tablets, the first split in the road is software. Both come with a handful of preinstalled apps, but only one of these tablets has access to the Google Play Store, and with it, access to any app that you want to download. It’s Walmart’s Onn tablet. The Fire 7 uses Fire OS, Amazon’s heavily modified version of Android, which drastically cuts back on the apps available for you to download.

Amazon’s “Appstore” offers several popular apps and games, like Netflix, Hulu, Spotify, Minecraft, and more. These official apps look and feel exactly how you expect them to. What you won’t find here, in addition to the sheer breadth of apps and games available in Google’s Play Store, are any of Google’s apps. Google Chrome, Google Drive, and Google Photos are pillars for most Android users, as well as people who use iPhones, but you won’t find them on Fire OS. Some convincing unofficial apps exist for Fire OS, like the “YouTube” app, which is merely a bookmark that opens a mobile version of YouTube.com on Amazon’s Silk browser. It works in a pinch, but it’s not ideal.

The Google app situation may improve in the future, since Google and Amazon patched up a dispute that will bring YouTube to Fire TV devices in exchange for Amazon’s Prime Video getting Chromecast support. It’s too early to tell if the bridge will extend to Amazon’s cheap tablets. No Google support out of the box will be a deal-breaker for a lot of people, even if you’re entrenched in Amazon’s services. It is possible to side-load Google’s apps to the Fire 7, if you’re willing to do the legwork and accept the security implications, but most people won’t want to do that and I’m evaluating this tablet on what it can do with the services included.

App scarcity aside, the user interface on the Fire 7 will take some getting used to if you’re accustomed to stock Android (software that closely matches Google’s original Android design), or iOS. At the very least, it’s effective at putting all of your Amazon content front and center, whether it be ebooks, Audible audiobooks, or Prime Video. If you have an Amazon Prime membership, using one of these tablets is a good way to take better advantage of it.

Additionally, this tablet is good for kids, thanks to parental control options, as well as the option to subscribe to Amazon’s FreeTime Unlimited service, which provides access to “20,000 premium, age-appropriate books, videos, Audible books, educational apps and games”. Depending on their age, springing for the $99 Fire 7 Kids Edition tablet may be a smarter move, since it comes with a durable case; a complimentary year-long subscription to FreeTime Unlimited, and a two-year damage protection plan. The Onn tablet, on the other hand, cuts you loose to find parental controls and entertainment for a younger crowd on your own.

Walmart’s Onn has Android 9 Pie software, though not all is peachy. This budget tablet is slow to launch and run apps. The navigation at the screen’s bottom squeezes in a discrete Walmart button, which reveals the retailer’s preinstalled apps: Walmart, Walmart Grocery, Sam’s Club, Vudu, and Books. Is this page worth its very own button in the system navigation? I’ll never go to bat for preinstalled software, but this is especially egregious since it makes it even tougher to hit the back, home, and multitasking buttons without looking.

Onn has Android 9 Pie, with an unforgivable Walmart nav button

Onn’s tablet rises above Amazon’s Fire 7 by offering access to any app you can get in the Google Play Store (including Google’s own apps), and the $15 premium is well worth the cost if accessing those apps is vital. However, the Fire 7 feels a little faster, likely due to its pared-down version of Android. Not just that, it’s more responsive to touch, as well. It’s not surprising that the Fire 7 is a more polished experience than Onn’s. Amazon’s tablet venture has spanned several generations at this point, and following Apple’s practices, Fire OS software is made exclusively for Amazon’s tablets and streaming sticks.

Both the Onn and Fire 7 are clumsy in the hardware department. This isn’t surprising, given their low prices, but it’s still disappointing to encounter them. The screens on these tablets are pixelated and grainy. Onn’s 8-inch, 1200 x 800 LCD display looks slightly better than Amazon’s smaller 1024 x 600 LCD display, though both look washed out in terms of color accuracy. Neither of these tablet screens utilize an oleophobic coating, meaning that you’ll smudge them up with even the most brief and careful swipes and touches. Get used to polishing them with a microfiber cloth every time you use them. You can easily find glass screen protectors for the Fire 7 that have this coating, though the Onn tablet isn’t popular enough to have its own bespoke accessories.

If you plan to video chat on a tablet, the Amazon Fire 7 is the clear winner. Its cameras aren’t great, though it’s a night and day difference compared to the Onn tablet. Onn’s camera quality looks worse than my first flip phone. And whether you’re chatting or watching a movie, make sure that you use headphones with either tablet. Both feature awkwardly placed speakers (along the plastic edge of the Fire 7, and on the rear of the Onn tablet) that are weak and sound muffled.

Dependable battery life is lacking in both tablets. Watching a 23-minute episode of Neon Genesis Evangelion on the Fire 7 dropped the battery percentage by about 20 percent. I could see the battery life dropping even while I browsed around the Fire 7’s home screen. I experienced similar results with the Onn tablet.

What’s worse than bad battery life when you’re using the tablet is bad battery life when you aren’t. The Fire 7 and Onn tablets have incredibly short standby lifespans. Most modern Android devices, including phones and tablets, have stellar standby runtimes when you just leave them to sit around. Those battery-saving tricks haven’t been brought down to cheap tablets, or at least these ones. Throughout my week-long testing, each of these lasted a maximum of two days before needing to be recharged. And to rub some salt into the wound, they charge incredibly slowly via Micro USB. With 3 percent of battery capacity remaining, the Onn tablet tells me it will take four hours to recharge fully.

I’ve thrown a lot of shots at these tablets, though I still think they’re low-risk purchases if you’re short on cash and in need of some portable entertainment. At $49 and $64, respectively, you probably won’t want to kick yourself if they get scratched up. Plus, they’re useful for plane or train rides when you need to catch up on a book or watch a show.

I rely heavily on Google’s services, like Gmail and Google Photos, so I was ready to get behind Onn. Though, I think the Amazon Fire 7 is the more complete package. It runs faster than Walmart’s Onn tablet, and the $24 protective case that Amazon sells is stylish and makes the Fire 7 look more premium.

I love that $50 can buy a tablet that has cameras for video chatting, and supports apps like Twitter and Netflix. But, the kind of tablet that $50 can get you hasn’t changed for the past few years. Affordable phone makers quickly figured out how to faithfully mimic more expensive devices, and I wish I could say the same about the cheap tablet scene. There’s far less competition in tablets, which has all but halted progress in pushing design and value forward, and that may not change any time soon.