NASA’s inspector general is pressing Congress to make a change

Share All sharing options for: A mandate to fly NASA’s mission to Europa on a delayed rocket could cost an extra $1 billion

NASA’s inspector general is urging Congress to reconsider a mandate specifying which rocket the space agency’s upcoming mission to Jupiter’s moon Europa must fly on. Right now, NASA is legally obligated to fly the mission on the next big rocket that the space agency is developing, known as the Space Launch System or SLS. But that vehicle is years away from being ready, and the inspector general argues that changing the rocket to another one that’s already in operation could save taxpayers up to $1 billion.

NASA’s mission to Europa is currently slated for launch in 2023, and it’ll aim to get the closest view yet of the Jovian moon. The project will send a robotic spacecraft to fly close by the icy moon multiple times to get a better understanding of what might be underneath the world’s surface. A saltwater ocean is thought to lurk under Europa’s crust, and scientists have long been wondering if any type of life might be living in there.

Congress mandated that Europa Clipper launch on top of the SLS

This mission — known as Europa Clipper — has gotten a lot of attention from Congress, especially from former Rep. John Culberson (R-TX), a big Europa buff who ensured funding for the program over the last decade. One way Culberson did this was by linking the mission’s launch to the SLS, according to a report in Scientific American. The SLS has very powerful supporters in Congress, notably those from Alabama where much of the rocket is being built. Sen. Richard Shelby (R-AL) is the chairman of the committee on appropriations, which puts him in a good position to help secure funding for NASA projects.

By making it law that Europa Clipper must fly on SLS, Culberson helped gain powerful allies for the project to get the necessary funding, according to Scientific American. In the budget for 2016, Congress mandated that Europa Clipper launch on top of the SLS in 2022, followed by a Europa lander in 2024, which would also be launched on the SLS. The 2019 budget bill delayed the launch of each mission by a year, but it still stipulated that they must fly on the SLS.

When complete, the SLS will be the world’s most powerful rocket, which makes it an ideal option to launch Europa Clipper, a fairly heavy spacecraft that needs a lot of power to reach Jupiter. However, the rocket is not great about meeting deadlines. The vehicle had once been slated for launch in 2017, but its debut flight has been pushed back again and again. Now, it likely won’t fly for the first time until 2021. That inaugural flight will send an uncrewed capsule around the Moon. Its next flight will occur about two years later when the vehicle will fly people for the first time.

This delayed timeline poses a headache for the Europa Clipper and its mandated rocket. After its first two test flights, the SLS’s third launch is supposed to be a big one: a trip to send humans back to the Moon under NASA’s Artemis program. That mission is supposed to happen by 2024 at the latest, thanks to a major challenge from Vice President Mike Pence.

This delayed timeline poses a headache for the Europa Clipper

All of this means that an SLS for Europa Clipper probably won’t be ready until 2025, according to Paul Martin, NASA’s inspector general, who wrote a letter to Shelby and other lawmakers responsible for funding the space agency. If NASA must use the SLS for the mission, then the Europa Clipper spacecraft will likely have to be placed in storage for up to two years, which will cost about $3 to $5 million a month. Storage would also probably be required even if an SLS were to somehow be ready by 2023. Because of the alignment of Earth and Jupiter in 2023, the mission has a very small window in July that it must meet if it flies on the SLS. It’s possible that the Clipper won’t be ready to launch until later in the year in 2023, guaranteeing it will miss the window and require storage until the next opportunity.

Adding to the cost is the fact that the SLS is the most expensive option for launch, too. Currently, there are two other commercial vehicles that are powerful and capable enough to loft the Europa Clipper spacecraft: the Falcon Heavy, which is operated by SpaceX, and the Delta IV Heavy, which is operated by the United Launch Alliance. The Delta IV Heavy has been flying for 15 years, while the Falcon Heavy has flown three times, which is enough to meet “NASA’s minimum requirements to be considered for the Europa mission,” says Martin. An analysis of the Europa Clipper mission found that the SLS would cost $700 million more than either of these options. 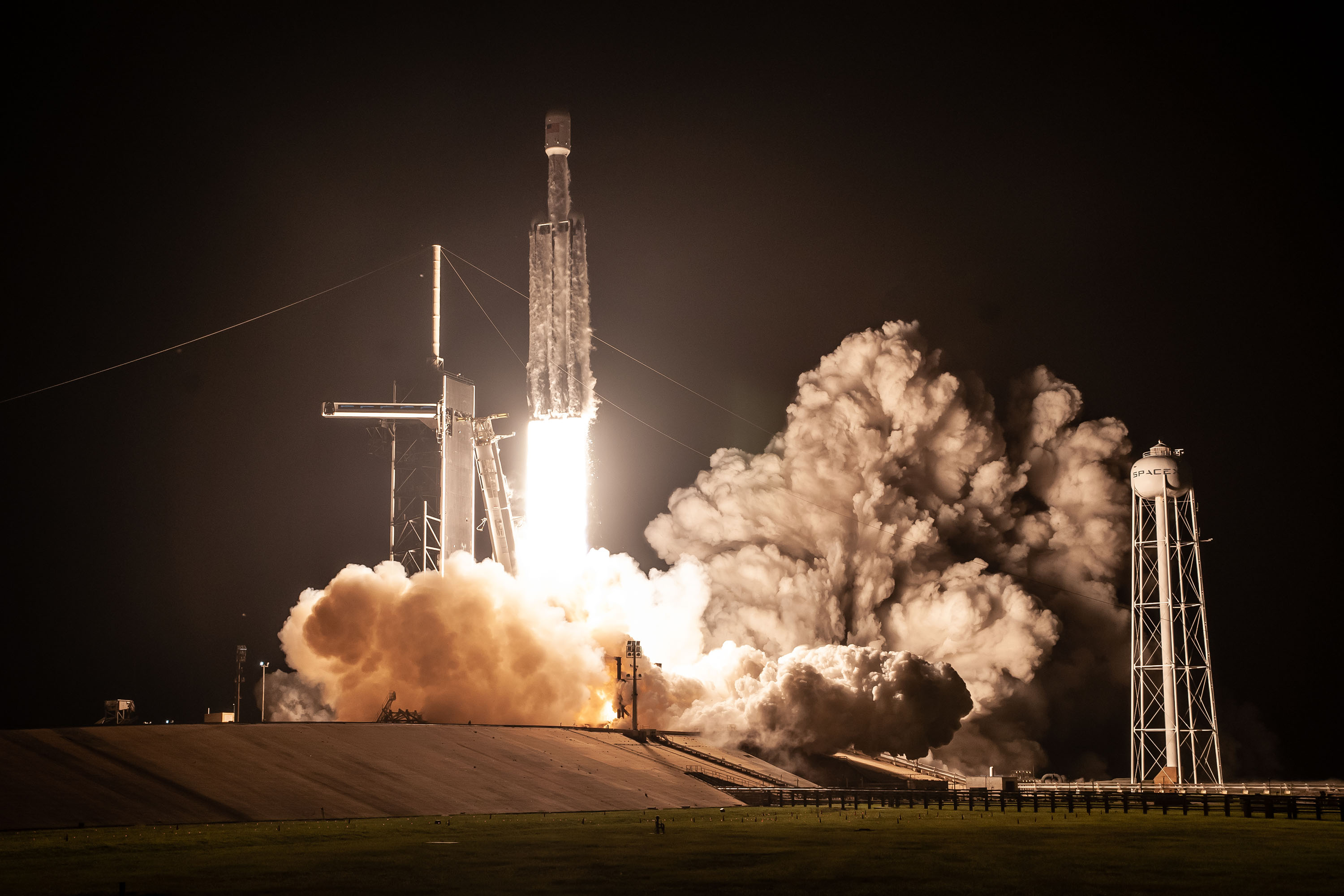 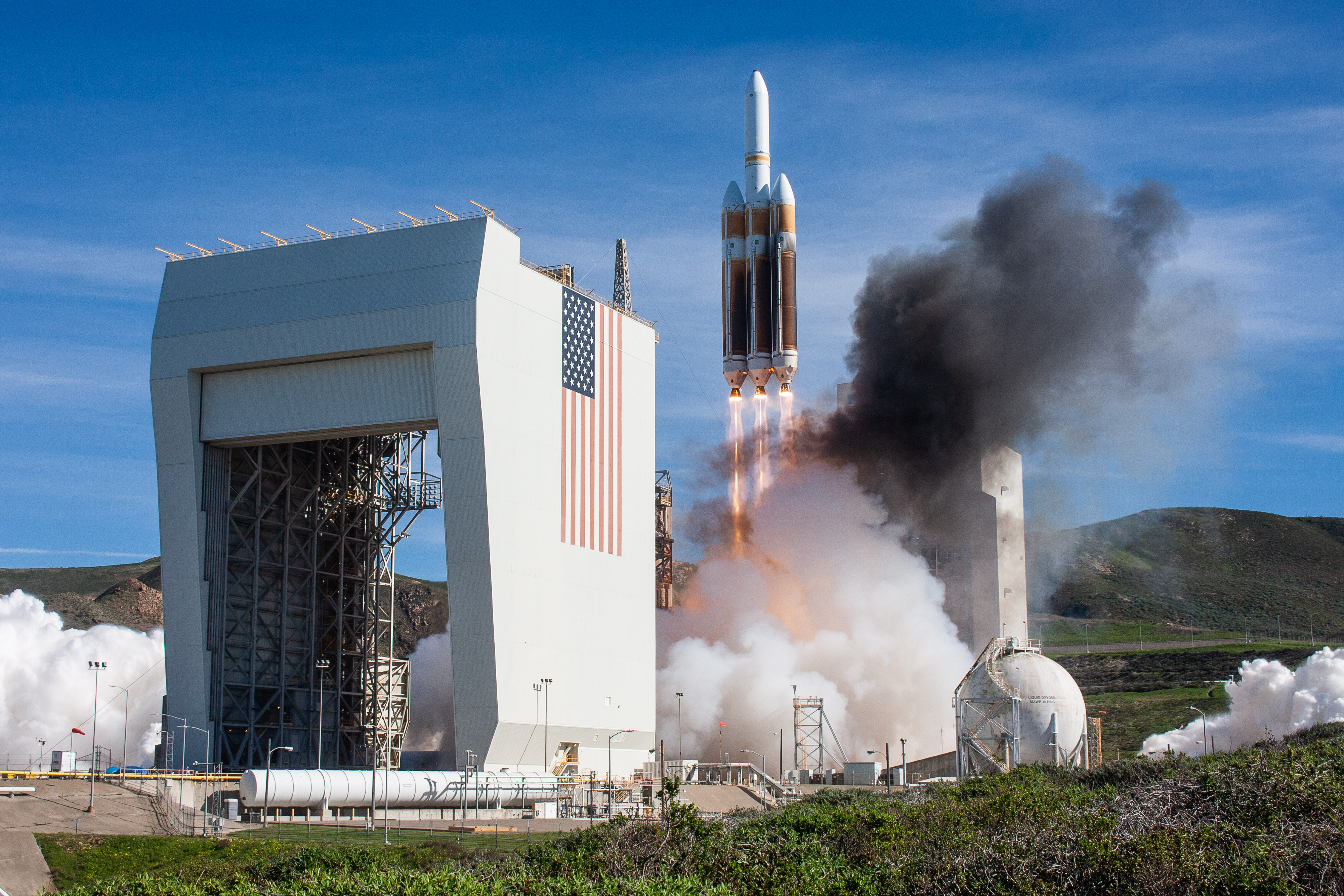 The one thing that the SLS does have going for it is power. A launch on top of the SLS would get the spacecraft directly to Europa in 2.4 years. The less powerful commercial options would increase the transit time to nearly six years, as the spacecraft would need to do a swing by other planets to gather more speed for the journey. However, NASA has looked into adding upgrades to the Falcon Heavy, which could help shorten the journey. But above all, the commercial vehicles are ready to fly now, and they can launch whenever Europa Clipper is ready. A review board found that the mission will probably be ready by November 2023, the month it would need to launch if it flies on either commercial vehicle. Flying on the SLS also means that Europa Clipper doesn’t fly until the mid-2020s, canceling out any lead time that the rocket can boast.

Martin says Congress needs to make a change, and that needs to happen now

Given all of these caveats, Martin says Congress needs to make a change, and that needs to happen now. It sometimes takes years to procure one of these rockets, especially for a big mission like this. And the Europa Clipper team needs to know which vehicle it is using in order to tailor the mission to the rocket. If NASA is going to use a commercial rocket, Martin claims the agency will have to get the process started in the next few months to meet the 2023 deadline.

He says Congress should let NASA make the call. “We urge Congress to consider removing the requirement that NASA launch the Europa Clipper on an SLS and allow the agency to decide whether to use an SLS or a commercial vehicle based on cost, schedule, vehicle availability, and impact on science requirements.” Now it’s up to the appropriators to decide.