The fan noise changed, but the fan didn’t

Share All sharing options for: iFixit teardown shows just how similar the new M1 MacBooks are

iFixit has gotten its hands on Apple’s new M1-powered MacBook Air and MacBook Pro, which of course is to say that its team has torn the laptops apart to find out what’s inside. And, while the Air and the Pro have set groundbreaking new standards for performance and efficiency, it turns out that this can be attributed almost entirely to the M1 chip rather than any particular design changes.

Take the new MacBook Pro, for instance. Here’s this year’s Intel-based model on the left, with the new M1 version on the right: 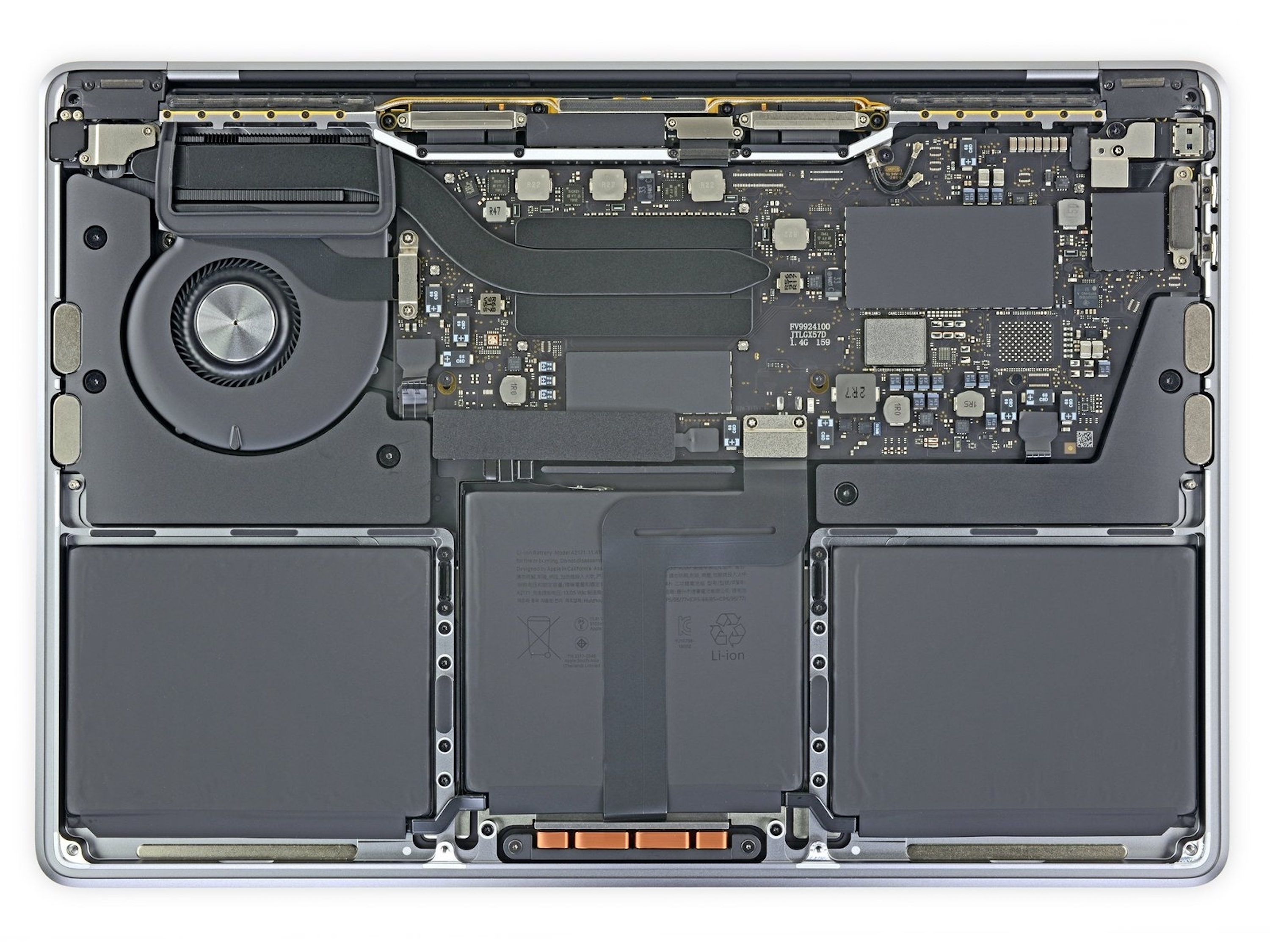 The internal layouts of the two computers are almost identical. iFixit notes that the M1 model uses exactly the same fan component as its Intel predecessor, for example, which really does drive home the M1 chip’s efficiency considering the difference in noise levels between the two computers.

The MacBook Air, meanwhile, also looks very similar to the Intel version, but with the omission of the fan altogether. iFixit expressed a little surprise that the design of the Air and Pro didn’t converge more, considering the computers now use identical processors, but Apple’s design focus here was clearly on using the M1 as a drop-in replacement for its existing products.

Check out the full teardown at iFixit for more, including a closer look at the M1 processor itself, a complete list of other chips the team found inside, and thoughts on the laptops’ repairability.