HyperX’s Cloud Flight S has Qi charging, but at the expense of some useful features

The ‘S’ stands for sacrifices, apparently

By Cameron Faulkner@camfaulkner Feb 24, 2020, 6:15am EST
Photography by Avery White

Share All sharing options for: HyperX’s Cloud Flight S has Qi charging, but at the expense of some useful features

HyperX is banking on your desire to have Qi wireless charging support in everything you own, including in your next gaming headset. It’s the main selling point of the new $159 Cloud Flight S that ships today, and it’s what sets the 2020 model apart from previous versions.

When you’re done gaming, just place the headset’s left ear cup down onto a wireless charger to top it up. It’s simple, and it essentially nixes the likelihood of encountering a dead battery mid-match. Unfortunately, the company is also banking on you already owning a wireless charging pad because it doesn’t include one in the box.

Of course, if you don’t have one, HyperX will upsell you its $59 dual wireless charging pad. Considering how affordable these are (as proved by our recommended picks for wireless charging pads), it’s unfortunate that the company chose to omit such a relatively low-cost toss-in. And without one in the box, many people will resort to using its Micro USB port to charge, which is the polar opposite in terms of ease of use. 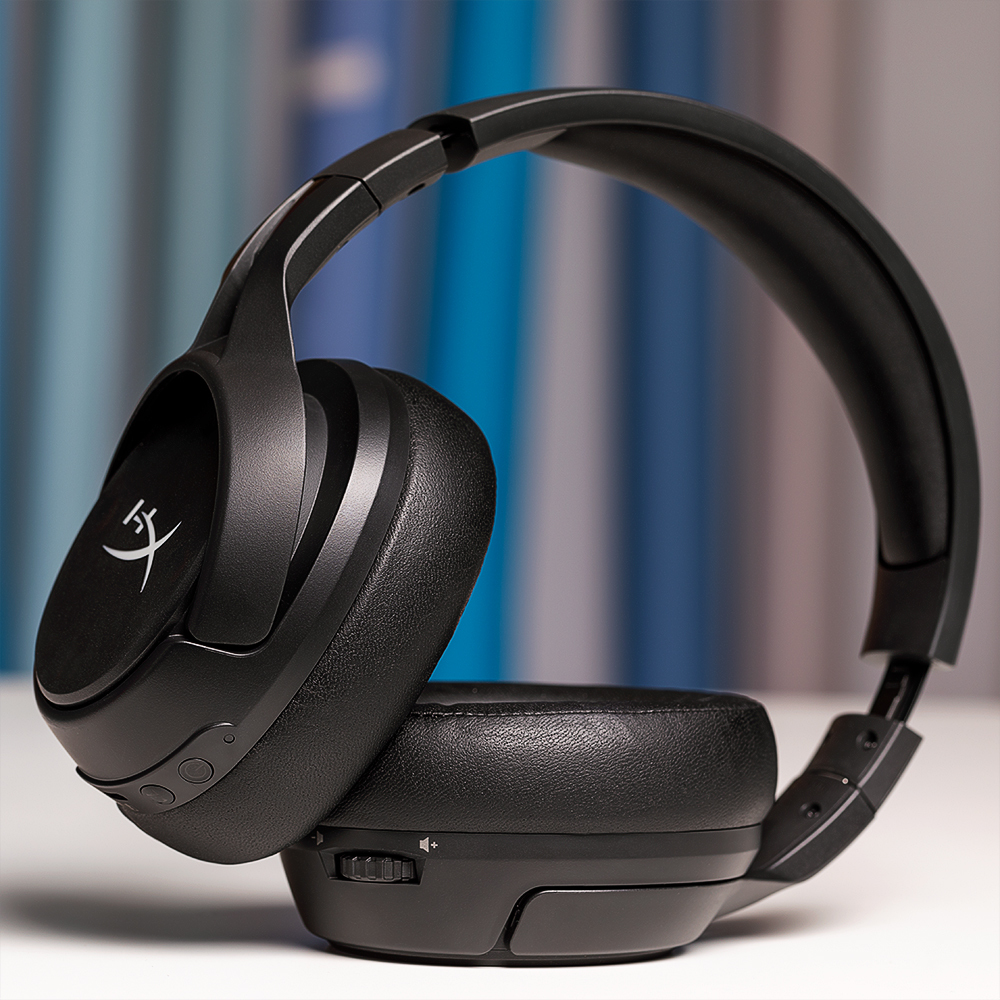 This feels like a good place to mention this headset’s second big omission: wired playback. The ear cup lacks a 3.5mm headphone jack. As a result, it doesn’t support wired playback of any kind. HyperX is marketing this headset toward PC and PS4 gamers; with last year’s model (and most other headsets on the market), you could get around the incompatibility with the Xbox One by plugging it into your controller with a 3.5mm-to-3.5mm cable. Not this model — it’s exclusively a wireless affair. However, it may be a consolation to some that the Cloud Flight S and its included USB receiver work perfectly when plugged into a Nintendo Switch dock.

A change I’m in favor of is that this headset doesn’t have any LEDs (aside from the one that indicates when it’s powered on). The customizable LED on the previous model was a serious drag on battery life if you left it on, so you were almost better off not using it.

In fact, HyperX claims a solid 30 hours of battery life per charge here. I’ve been using the headset during work and off-peak hours for nearly a week, and it’s meeting both the claim and my expectations. According to the company’s NGenuity software, I have 15 percent of battery juice left after approximately 30 hours of use. (Of course, if you use Qi charging, there’s no reason to worry about battery life, though I’m still impressed with the performance.)

Also appealing are the four new remappable, concave buttons built onto the surface of the left ear cup. The 2018 model had only a single button that muted the microphone. This model quadruples the amount of buttons, so it’s now possible to customize this headset to your taste through HyperX’s NGenuity software. Each button can be set to activate a range of actions, such as adjusting the mix of game and chat audio, muting the mic, skipping songs on your preferred music streaming service, and more.

The other controls are scattered around each ear cup, though the layout is easy to learn. The only control you’ll find on the right cup is the volume knob, which remains an effortless, responsive mechanism for making quick adjustments. Over on the left cup, there’s the usual Micro USB charging port and a jack for plugging in the included removable noise-canceling boom microphone. There’s also a power button and a dedicated button for turning the digital 7.1 surround sound effect on and off.

In most other ways, HyperX’s latest headset is similar to the 2018 Cloud Flight. And that’s not a bad thing. It’s just as comfortable to wear for an extended period of time, and the wireless connection didn’t drop during my testing, even when the USB receiver was obstructed.

I used Remedy’s Control as my new audio benchmark for gaming. Summoning Jesse Faden’s superpowers initiates a cacophony of strange noises of varying frequencies that really puts a sound system, or a headset, to the test. The deeper sounds that make zipping around and throwing objects so satisfying weren’t as present here as I would have liked, though the Cloud Flight S handled the mids and highs in a satisfactory way. If you really like to feel like you’re in the game, these will get you part of the way there.

Whether you plan to use the Cloud Flight S to game, listen to music, or watch movies, leaving the 7.1 digital surround sound effect switched on is essentially a must. The headset’s sound performance is incredibly dull without it on, and it brings some much-needed oomph to the soundstage. But if you’re not gaming, the EQ is pitched way too far toward bringing out the mids and highs above all else, making for an exhausting listening experience. This sound quality seems on the mark with what you should expect from a model in this price range, though am I wrong to expect better?

The Qi charging and the remappable buttons are welcomed next steps for HyperX’s popular headset lineup. But I’d appreciate them a lot more if they didn’t come at the expense of other features, and if one of them didn’t require a separate purchase for proper use. If these new features don’t seem crucial to you, you might just be better off getting the original Cloud Flight, or waiting to see what else 2020 has in store.