If you’re not sold on true wireless earbuds, the Powerbeats make a compelling case

Before Beats introduced its first true wireless earbuds last year, the Powerbeats Pro, the Apple-owned company’s regular Powerbeats had been a popular go-to for runners and gym-goers. But they got left behind as Beats put its focus on the long-awaited Pros, which trounced the AirPods in audio quality and battery life and were better cut out for fitness activities.

Now, Beats has taken a lot of the ingredients from the Pros and put them in the new Powerbeats. (Turns out these aren’t actually called the Powerbeats 4.) They retain the neckband design from prior models, which some people prefer over having no wire at all. They also have improved battery life, better water and sweat resistance, and deliver the same sound as the Powerbeats Pro.

Our review of Beats Powerbeats 4 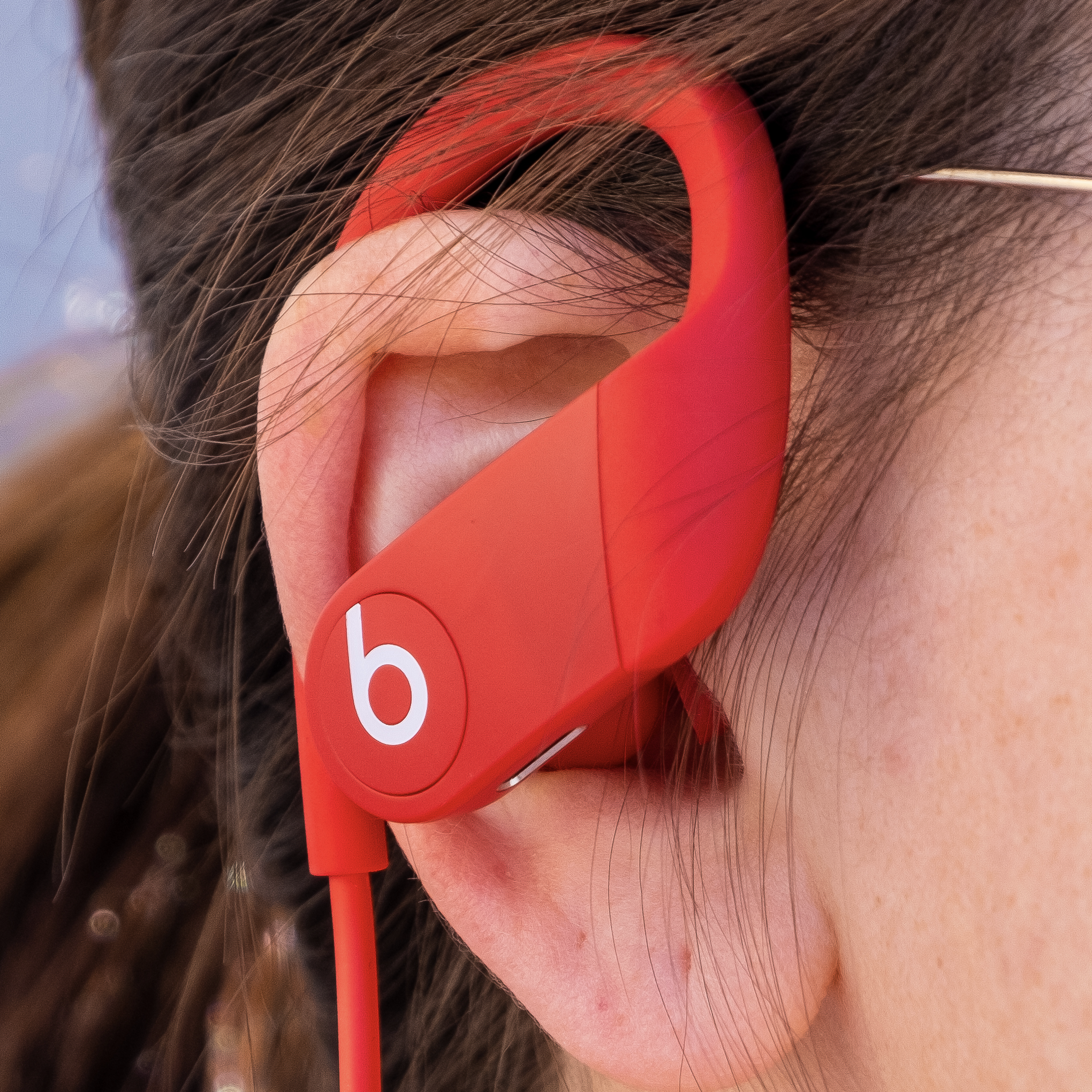 The Powerbeats take after the Pros in terms of design, with the two sharing extremely similar earpiece housings and adjustable ear loops. Beats includes four sets of ear tips in the box, and while I found a good seal with the largest pair, remember that the Powerbeats are meant to let in a bit of external noise so you can maintain situational awareness when using them outdoors. There’s no need for an ambient sound mode like some earbuds have; you can hear the outside world — not nearly to the same annoying degree as AirPods, mind you — even when these are fully snug and secure. As a result, they lack any active noise cancellation feature, which is more forgivable in fitness earbuds (and at this price point).

Unlike the Powerbeats 3, Beats has chosen to route the cable connecting both earbuds down from the ear loop and behind the ear, which makes for a more balanced feel and helps prevent the Powerbeats from getting in your way during strenuous activity. The neckband is also now rounded instead of flat, so it shouldn’t uncomfortably stick to / rub against your neck during sweaty runs.

A friend of mine who modeled the Powerbeats in these photos is an elite runner (compared to me, at least) who has completed multiple ultra marathons including a 100K. She takes into consideration anything that might rub against her skin or cause raw marks over a multi-hour run. The Powerbeats Pro eliminate this drawback entirely, but Beats has also tried to address it here with a smarter design.

Since you can use them individually, the Powerbeats Pro wisely have identical physical controls on each earbud (the “b” button and a volume rocker). But the regular Powerbeats do things differently on each side. Only the right-side “b” button works for pausing music, changing tracks, or activating Siri; the left one isn’t a button on these. The volume controls are on the right as well, with a power button — something that doesn’t exist on the Pros (since they power on automatically) — on the left-side bridge.

The Powerbeats feature the exact same 12mm pistonic drivers as the Powerbeats Pro, and Beats says the audio profile should be identical. That’s a very good thing, as the Powerbeats Pro have been roundly praised for sound quality. There’s a kick to the bass; not many people want flat, neutral sound for their workout playlist. Personally, I want aggressive, impactful sound that can motivate me. The Powerbeats achieve that, but they’re tuned in such a way to keep the mids and highs in step with the low end.

The Powerbeats don’t come with any mandatory agreements for basic Bluetooth usage. But using Siri (including for hands-free “Hey Siri” voice commands) subjects you to Apple’s Siri privacy policy.

If you install the optional Android app, you’ll be asked if you want to provide daily analytics data, which Apple says “may include location information.” It also includes device software versions, device rename occurrences, and device update success and fail rates. Apple says none of this data could be used to personally identify you.

The Android app will also request location permission to “connect to your Beats instantly, check battery status on the fly, and access deeper functionality.”

Total tally: no mandatory agreements, but three or more optional ones.

Mac Miller’s “Good News” is a great demonstration for their rousing bass and wide, expressive soundstage. But these are equally at home with Jason Isbell’s “Be Afraid” — a song with a mix that isn’t so well-realized on all earbuds — or Billie Eilish’s “No Time to Die” theme for the upcoming Bond flick, with her dream-like vocals further showcased by the Powerbeats’ sound signature.

This doesn’t need to be a terribly long review, so with sound quality and fit addressed, I’m going to focus on why you might pick the Powerbeats over the Powerbeats Pro or vice versa.

What makes them worse?

What about them is the same?

Any way you look at them, the Powerbeats are a substantial improvement over the Powerbeats 3. Battery life is longer, they’re better protected against your sweatiest workouts, and the sound quality is on par with the excellent Powerbeats Pro.

These products don’t live in a vacuum, and it’s worth considering options like the Jaybird Vista or Jabra Elite Active 75t if you’re looking for fitness earbuds. For more casual use, the OnePlus Bullets Wireless 2 remain a good neckband choice. But the Beats have the popularity factor in their favor — and they work well on Android, even without the layer of Apple ecosystem integration you get when using them with an iPhone.

Picking between the Powerbeats and Powerbeats Pro comes down to whether you want the freedom of true wireless earbuds — and the occasional, annoying bugs that can come with them — or the longer straight running time of the corded option. There are people (like my runner friend) for whom that extra time could make a difference on an 11- or 12-hour run. But it still comes down to personal preference. Even with the odd charging problem now and again, I think I’m still on team Powerbeats Pro for their lighter design and no neckband to worry about. But at least now Beats has something equally good for people who don’t want to go truly wireless.