Now that OnePlus has established itself as one of the major players in the smartphone world, there are certain things you can take for granted about its devices. They’ll likely have great screens, performance, and battery life. At the same time, they’ll falter a little with their cameras, and they’ll exclude increasingly common features like IP water-resistance ratings and wireless charging.

By and large, these points are all valid when it comes to the OnePlus 8. It’s the less expensive of the two devices that OnePlus has announced today, and it’s the phone I’ve been using over the past week. It starts at $699 (£599) for the model with 8GB of RAM and 128GB of internal storage, making it $100 more than last fall’s similarly specced 7T. I’ve been using the step-up model with 12GB of RAM and 256GB of storage, which costs $799 (£699). The OnePlus 8 will be available from April 29th in the US, and April 21st in the UK.

The OnePlus 8 is the phone that Verizon (yes, Verizon) and T-Mobile are going to be stocking in their stores, while the 8 Pro is online only. For all intents and purposes, the 8 is the default OnePlus device this year.

So far, so OnePlus. The difference this year is that, for $200 more than the OnePlus 8, you can get the OnePlus 8 Pro, which finally addresses some of those long-standing issues that OnePlus fans have been asking about for years (for example, wireless charging). It’s a serious attempt to break the OnePlus mold, and you can read more about it in Dieter’s full OnePlus 8 Pro review.

The OnePlus 8 hasn’t quite made that same attempt, but it’s still a good phone at a good price. It’s the OnePlus device to get if you don’t care about the features that OnePlus devices have traditionally been missing.

Our review of OnePlus 8 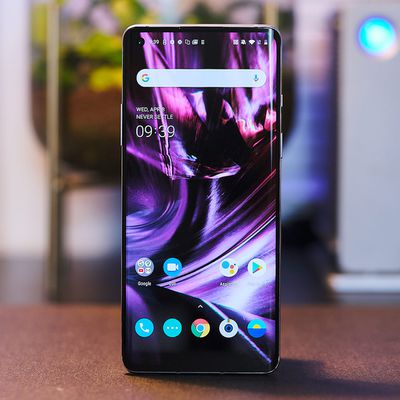 Before we get into the differences between the OnePlus 8 and the OnePlus 8 Pro, it’s worth going through their many similarities. For example, the phones are almost identically specced: both come with either 8 or 12GB of RAM and 128 or 256GB of storage; both are powered by a Snapdragon 865; both have 5G; and both have Wi-Fi 6. The 8 technically uses LPDDR4X RAM rather than the 8 Pro’s LPDDR5, but it’s unlikely you’ll notice that difference in day-to-day usage.

In functional terms, you’re getting the same performance with the 8 as the 8 Pro. That’s a lot of spec for a device that starts at $699, and the result is a phone that absolutely delivers flagship Android performance. Apps open quickly, games run well, and it generally feels like a fast device to use.

You’re also getting a very similar-looking device — from the front at least — as the Pro, with a hole-punch selfie camera and an in-display fingerprint sensor. Most importantly, you’re also getting a very large device since both the OnePlus 8 and the 8 Pro are two very large phones. I’d love to see OnePlus try out releasing a smaller flagship-level device one of these years, but for now, it’s a case of “go large or go home.” You get a physical three-way switch to set it to silent and vibrate, and there’s no 3.5mm headphone jack — but you probably knew that already.

While we’re talking about looks, we should probably recap the color options for the OnePlus 8. If you’re buying unlocked in the US, you can get the phone in green or a multicolored finish OnePlus is calling “interstellar glow.” You get green if you go for the model with 8GB of RAM, and you get interstellar glow if you opt for 12GB. Meanwhile, in the UK, you can get the handset in a matte green or glossy black. You get green if you go for 12GB of RAM and black with 8GB. I’ve only had a chance to see the green model in person, and while I appreciate a matte finish for its resistance to fingerprints and other smudges, I don’t love the exact shade of green.

The OnePlus 8 has a 6.55-inch 20:9 1080p display with a maximum refresh rate of 90Hz and a maximum brightness of 1100 nits. If you’re doing a numbers-to-numbers comparison, that’s technically a step down from the 6.78-inch, 1440p, 120Hz, 1300-nit display in the 8 Pro. But I found any tangible differences to be minor. By any measure, the OnePlus 8 has a great display. It’s bright, vibrant, and buttery smooth. It also doesn’t curve around the edges of the phone quite as much as the screen on the 8 Pro, which could explain why I didn’t have the same problems with accidental touches that Dieter experienced.

It’s a great display by any measure

Maybe there’ll come a point when we’re all so used to 90Hz displays that the difference between 90 and 120Hz will feel as significant as the difference between 60 and 90Hz, but I’m not there yet. I had to sit both phones side by side to see the difference. Even then, I don’t think it’s night and day. The takeaway is that you’re not getting a compromised display on the OnePlus 8.

Battery life is also good. The OnePlus 8 has a 4,300mAh battery, and I didn’t come close to draining it with a standard day of usage. It supports OnePlus’ Warp Charge 30T standard, and in testing, I was able to charge up the phone in around an hour. Although it also supports USB-PD, as usual with OnePlus’ fast-charging systems, you’ll have to use the included cable and charging brick to get the phone to charge at its fastest.

OnePlus’ OxygenOS software tends to keep out of the way, which is exactly what I want out of a manufacturer’s operating system. It’s not pushing you toward an ecosystem of OnePlus services; instead, it’s giving you minor tweaks. One of the newer examples is Optimized Charging, which adjusts the way your phone charges to stop it from idling at 100 percent charge for hours overnight. Gesture support is also a nice touch, allowing you to draw a simple symbol on the phone’s display while it’s off to activate shortcuts. For example, I set the phone to turn on its flashlight whenever I drew a circle. It’s a neat time-saver, but it’s entirely optional.

To use the OnePlus 8, you need to agree to:

In total, there are six mandatory agreements and four optional agreements for the OnePlus 8.

I’ve talked a lot about the similarities between the OnePlus 8 and its more expensive sibling, but there are obviously some more consequential differences to justify that $200 price difference. I think there are three that are likely to matter to you: cameras, wireless charging, and an IP rating.

OnePlus has always been a bit weird about IP ratings, but it’s especially odd this year. The OnePlus 8 Pro has an IP68 rating no matter how you buy it. Meanwhile, if you buy an unlocked OnePlus 8 then it doesn’t, but it does if you buy a carrier version from Verizon or T-Mobile. Even with the non IP-rated versions the company claims you’ll still be able to use them out in the rain, but it would still be nice to have the certainty of an official rating so you know exactly what it can handle.

Finally, the cameras are significantly different between the 8 and the 8 Pro. The OnePlus 8 has a triple-camera setup on the rear consisting of a main 48-megapixel f/1.75 camera, an ultrawide f/2.2 16-megapixel camera, and a 2-megapixel f/2.4 camera. That means you’re not getting the zoom lens of the 8 Pro; in its place, you get a dedicated macro camera. You also don’t get the 8 Pro’s gimmicky color filter camera, not that you’re likely to care.

The OnePlus 8’s main camera does a good job in well-lit conditions, and it held up well against both the OnePlus 8 Pro and a Pixel 3 I had on hand for comparison’s sake. Check out this shot of a car I took while out on my government-sanctioned walk around the block, and the level of detail is more or less identical between the 8 and the 8 Pro.

The only real difference is that the hedge behind the car has a slightly yellow hue in the photo taken on the 8, possibly due to its different main sensor — it’s the same resolution as the 8 Pro’s, but it’s a slightly older Sony model. In comparison, the Pixel 3’s images just can’t match the level of detail in the OnePlus photos, and also looks a little washed out in comparison.

Low-light performance is more of a step down with the OnePlus 8. This picture of a train line, taken in dark conditions, came out a lot brighter and more detailed when taken with the 8 Pro. However, both were miles ahead of the Pixel 3, which couldn’t compete unless I used its Night Sight mode. (I stuck to the default camera option on all three phones.)

Photos of faces are generally okay in daylight, though they can sometimes appear a little smoothed and brightened. 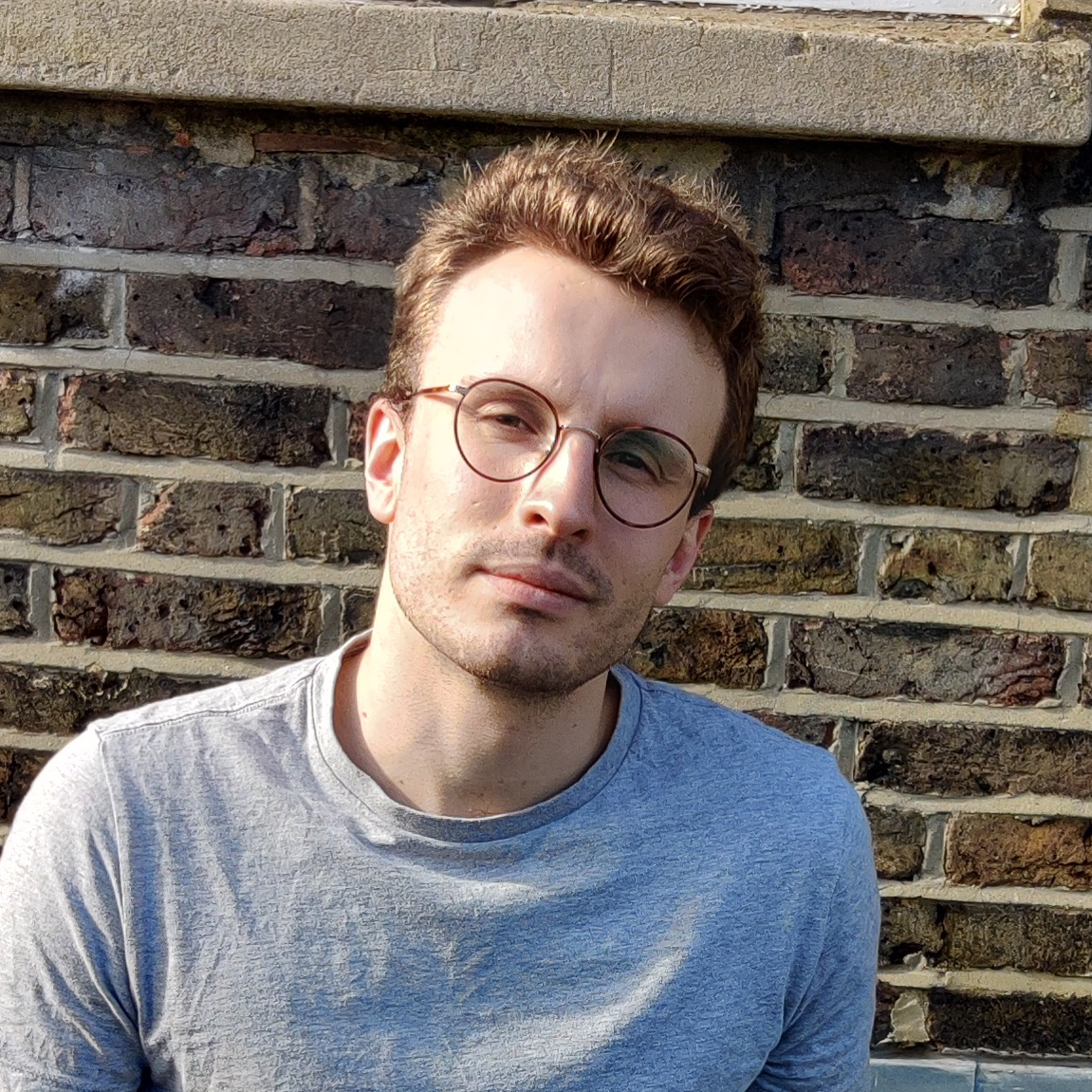 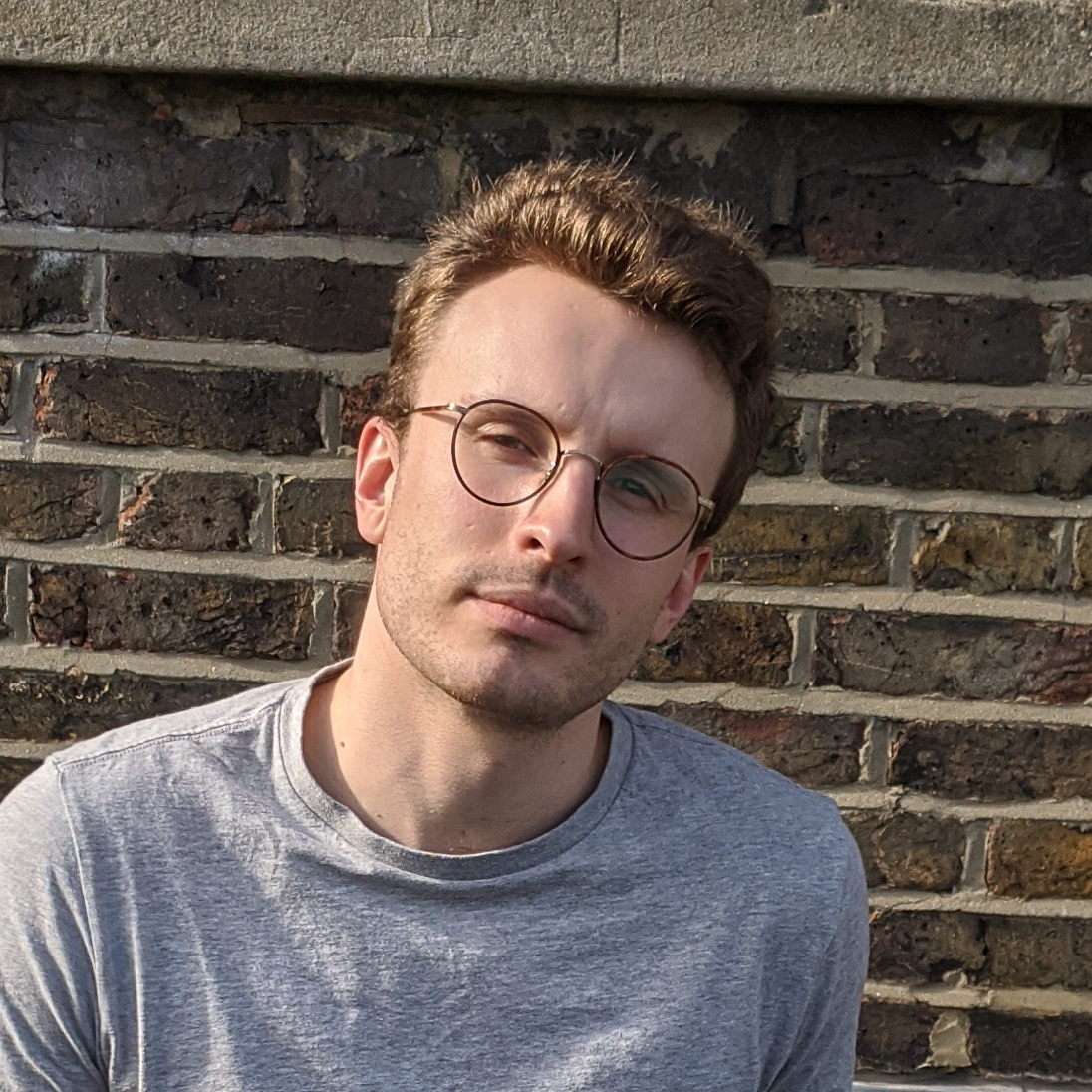 However, at night, this smoothing is much worse on the OnePlus 8, and it also had trouble with white balance, with this low-light shot coming out particularly yellow compared to both the 8 Pro and the Pixel 3.

Finally, you’re getting a 16-megapixel selfie camera on the OnePlus 8, same as the 8 Pro. Aside from a touch of skin smoothing and brightening, both do a good job. (I promise we’re done with pictures of my face now. Trust me, reviewing a smartphone camera while social distancing is a bit of a challenge.)

As mentioned, there’s a low-resolution macro camera in the rear camera array on the OnePlus 8, but I found it to be of limited use. Some shots in good light turn out better, but other times, I actually got a better shot out of the 8 Pro because of its superior main sensor.

Suffice it to say, if you want a zoom lens and a better-quality camera overall, particularly when it comes to low-light performance, then you have to go for the 8 Pro. The more difficult question is whether the OnePlus 8’s camera holds up against its similarly priced competitors like the entry-level iPhone 11, and I don’t think it quite nails it.

$200 more gets you wireless charging and an IP rating

So that’s the OnePlus 8. It has all of the things you can expect from a OnePlus device, and I mean that in both good and bad ways. It’s got a great screen, great performance, great battery life, its camera could stand to be a little better, and for reasons that seem to apply only to OnePlus, the unlocked versions aren’t IP-rated and none of them do wireless charging. There’s a OnePlus mold, and the OnePlus 8 has chosen not to break it.

So the big question if you want to buy a OnePlus device is whether a $200 price premium is worth it for a slightly better camera, an IP rating, and wireless charging. If it’s not, then the OnePlus 8 is a great option.

Update March 14th, 1:03PM ET: Updated with OnePlus’s confirmation that the carrier versions of the OnePlus 8 will have an IP68 water resistance rating.