If you want a quick way to illustrate just how good Chinese phones have gotten in the past couple of years, try comparing the Oppo Find X2 Pro to its predecessor. 2018’s Find X was a technically ambitious device that paired a still-unique motorized sliding design with a still-uncommon 3D face unlock system and wonky software.

The Find X2 Pro does none of that stuff. Instead, it’s just an incredibly good phone.

Make no mistake, Oppo is aiming straight for Samsung’s heart here. The €1,099 ($1,180) Find X2 Pro competes with the high-end Galaxy S20 phones on design, speed, features, cameras, and price, and in many regards I think it comes out on top. If you live in a country with a competitive market for Android phones — i.e., not the US — it should be taken very seriously, even though for me it has a single deal-breaking flaw. 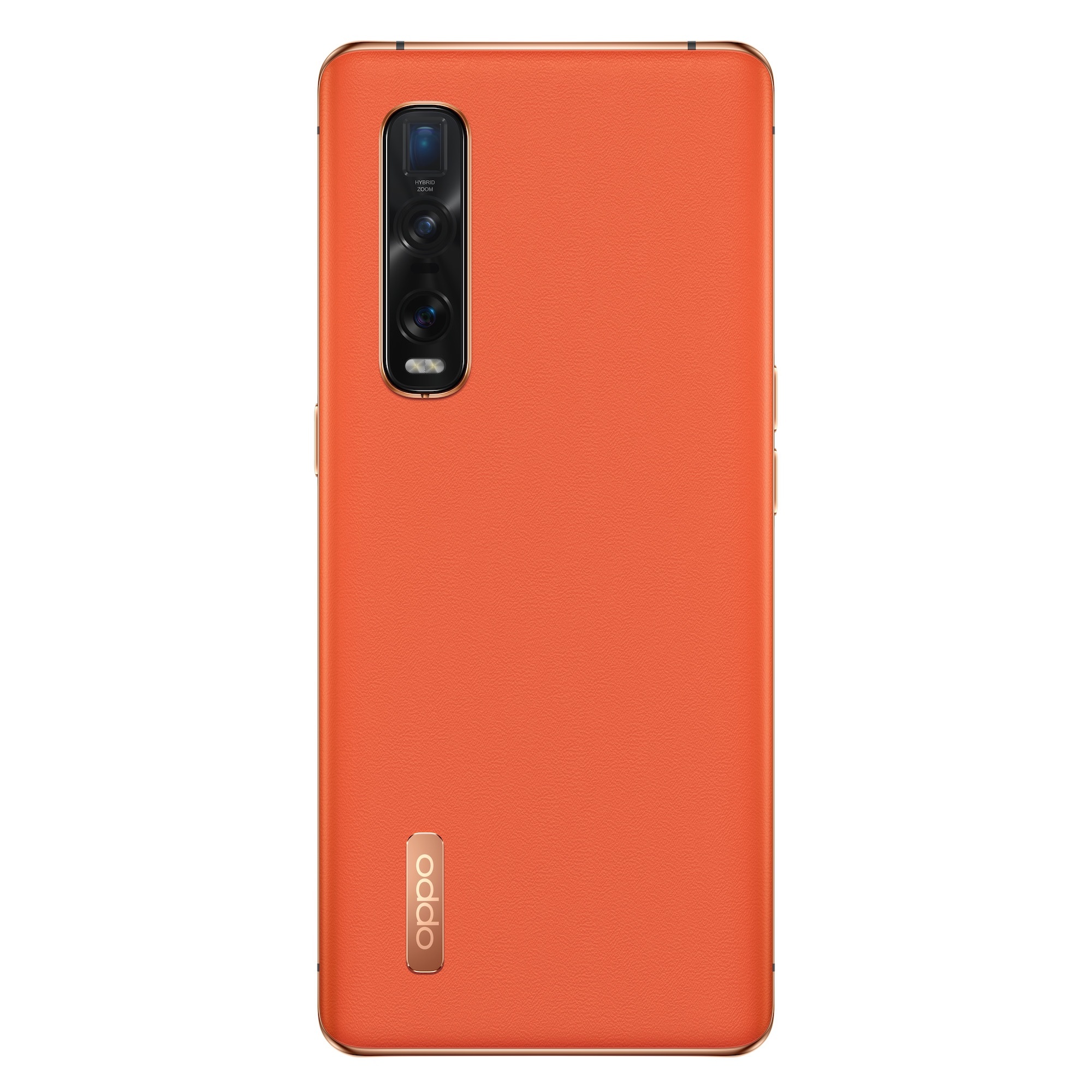 As is often the case with Oppo flagship phones, the Find X2 Pro shares much in common with the latest high-end OnePlus model, due to the two brands sharing a supply chain and common ownership under a larger Chinese conglomerate. This time, though, that doesn’t at all extend to the phones’ design — the OnePlus 8 Pro is pedestrian, while the Find X2 Pro looks like nothing else.

My review unit, which is the model that appears most in Oppo’s marketing, has a unique gold-and-orange vegan leather finish that’s immediately striking. (There are also ceramic models, but this is clearly the one to go for.) The gold Oppo logo on the back evokes a luxury handbag more than it does a smartphone. “Vegan leather” is a marketing term for polyurethane, sure — it won’t get a patina over time and it doesn’t smell like anything — but the textured finish really does feel great and helps make the Find X2 Pro the sleekest phone I’ve seen all year.

The same goes for the screen, which is very similar to the OnePlus 8 Pro’s — if not the same part. It’s a 6.7-inch 3168 x 1440 curved OLED panel with a 120Hz refresh rate, and it’s as good as any display I’ve ever seen in a phone. It’s punchy, accurate, and all-around gorgeous, with subtle curves, an excellent in-screen fingerprint scanner, and a small hole-punch cutout for a 32-megapixel selfie camera that proves to be minimally distracting.

Curved screens aren’t for everyone, but I didn’t have any problems with unwanted touches, and there’s less of a vignette effect on light backgrounds than you get with more dramatic “waterfall” displays. Like the OnePlus 8 Pro, the Find X2 Pro uses hardware-based image processing for HDR and motion smoothing, and while I’d leave it off most of the time, I found the scaling to be useful sometimes for things like watching sports. (Remember watching sports?)

The Find X2 Pro also matches the OnePlus 8 Pro in one key selling point — you can run it at both its full 1440p resolution and 120Hz refresh rate, whereas Samsung’s S20 phones make you choose one or the other. Both of these features are the kind of thing where you don’t know what you’re missing until they’re in front of you. I think 1080p phone screens look fine, but I can certainly tell the difference in sharpness with 1440p, particularly when you’re comparing it to 1080p scaled up to a 1440p panel. Meanwhile, there’s just no going back from 120Hz.

I’ve been leaving both switched on, then, and while you’d think this might torch the battery life, that hasn’t been the case for me. Unlike the Galaxy S20, the Find X2 Pro dynamically adjusts refresh rate based on the content on the screen, which helps with power consumption. And while our current circumstances do not lend themselves so well to extended heavy phone use away from a charger, I’ve been getting reasonable performance of around five hours of screen time.

That’s fine as long as I remember to plug it in every night, but that brings me to my biggest criticism of the Find X2 Pro: its lack of wireless charging. This might sound nitpick-y to anyone who uses a phone without it right now, but it’s a huge pain to exclusively go back to wired charging when you’ve dotted wireless chargers around the house. Particularly now when I’m barely going outside, battery life is just a total non-issue for any of the other phones I use because if they’re not in my hand, they’re charging on my desk. That’s not the case with the Find X2 Pro, which just idles away and slowly drains power whenever I put it down.

To use the Oppo Find X2 Pro, you need to agree to:

There are also several optional agreements that you can allow or refuse during setup:

Oppo’s answer is that the Find X2 Pro has super-fast wired charging, which is true. The proprietary 65W SuperVOOC 2.0 system fills the 4,260mAh battery from zero to 100 percent in 38 minutes, meaning you at least don’t have to keep the phone tethered to the charger for long.

Why not both, though? Oppo announced its first phone with wireless charging this month, which is encouraging, but a device as expensive as the Find X2 Pro really shouldn’t have been allowed to ship without it. Most flagship phones, even including the OnePlus 8 Pro, now offer fast wireless and wired charging. This might not be a deal-breaker for you, but it is for me.

Back to the good stuff: the Find X2 Pro’s cameras are great. Building on last year’s excellent Reno 10x Zoom, there’s a second-generation 13-megapixel 5x periscope camera here along with Sony’s new, bigger 48-megapixel sensor for the main camera and an ultrawide that uses Sony’s pretty big 48-megapixel IMX586 from last year. It’s a versatile setup that turns in consistently good results, though without necessarily pulling the kind of machine-learning magic tricks that Google and Huawei trade on. To my eyes, the photos have a kind of “neutral plus one” look, as if some solid but flat default JPEGs have been given just an extra notch of vibrance. The night mode is good, the hybrid zoom is usable to 20x or so, and the ultrawide camera is much better than most others.

Everything else about the Find X2 Pro ranges from great to par for the course. The haptics are very good. The stereo speakers are fine. Oppo’s ColorOS 7.1 is much improved on earlier versions, with a stripped-down design and snappy animations. The phone’s performance is as good as you’d expect from a Snapdragon 865 and 12GB of RAM. There is no headphone jack. The bundled USB-C in-ear buds are decent. Really, there is nothing about this phone that doesn’t scream “expensive high-end flagship” in every aspect — apart from the lack of wireless charging.

The comparison with the OnePlus 8 Pro in Europe is slightly less flattering. That phone starts at €919 ($995), although the base model has 8GB of RAM and 128GB of storage, while the Find X2 Pro is only available in a 12GB / 512GB configuration. The OnePlus 8 Pro doesn’t have a periscope telephoto camera, either. But it does have wireless charging.

I don’t mean to harp on about wireless charging too much because I know a lot of people don’t care. It’s just that it really is my only significant criticism of the Find X2 Pro. This is a phone that’s as premium and performant as anything else out there in the world, and I think it’s only a matter of time before Oppo gets more widespread brand recognition.