In the image above, a field of pulsating blue spheres rearranges itself into geometric patterns. If that looks familiar, that means you probably watched Sony’s PlayStation 5 reveal last week. The ultra-modern vibe of the graphics and their white, black, and blue color scheme set the stage perfectly for the reveal of the actual PS5 console.

But the image above actually isn’t Sony’s. It’s the work of Maxim Zhestkov, a Russian media artist — and the similarities between his work and the graphics in Sony’s PS5 video make us think his studio was commissioned to make those graphics. Let’s take a look at some of what was shown in the PS5 video and compare it to his work.

Check out the below GIF from the PS5 video, for example. Here, a column of thousands of tiny spheres lit by a stark overhead light forms the shape of the classic PlayStation circle with cool blue illumination shifting through the column:

Now, check out this GIF from a work of Zhestkov’s called “Computations.” A column of thousands of tiny spheres lit by a stark overhead light fades into different shapes with cool blue illumination shifting through the column — look familiar?

Check out these side-by-side of spheres creating canyons against a black wall taken from the PS5 video and “Computations.” Can you tell which is originally from Sony’s video? (I’ll say which is which in the caption.) 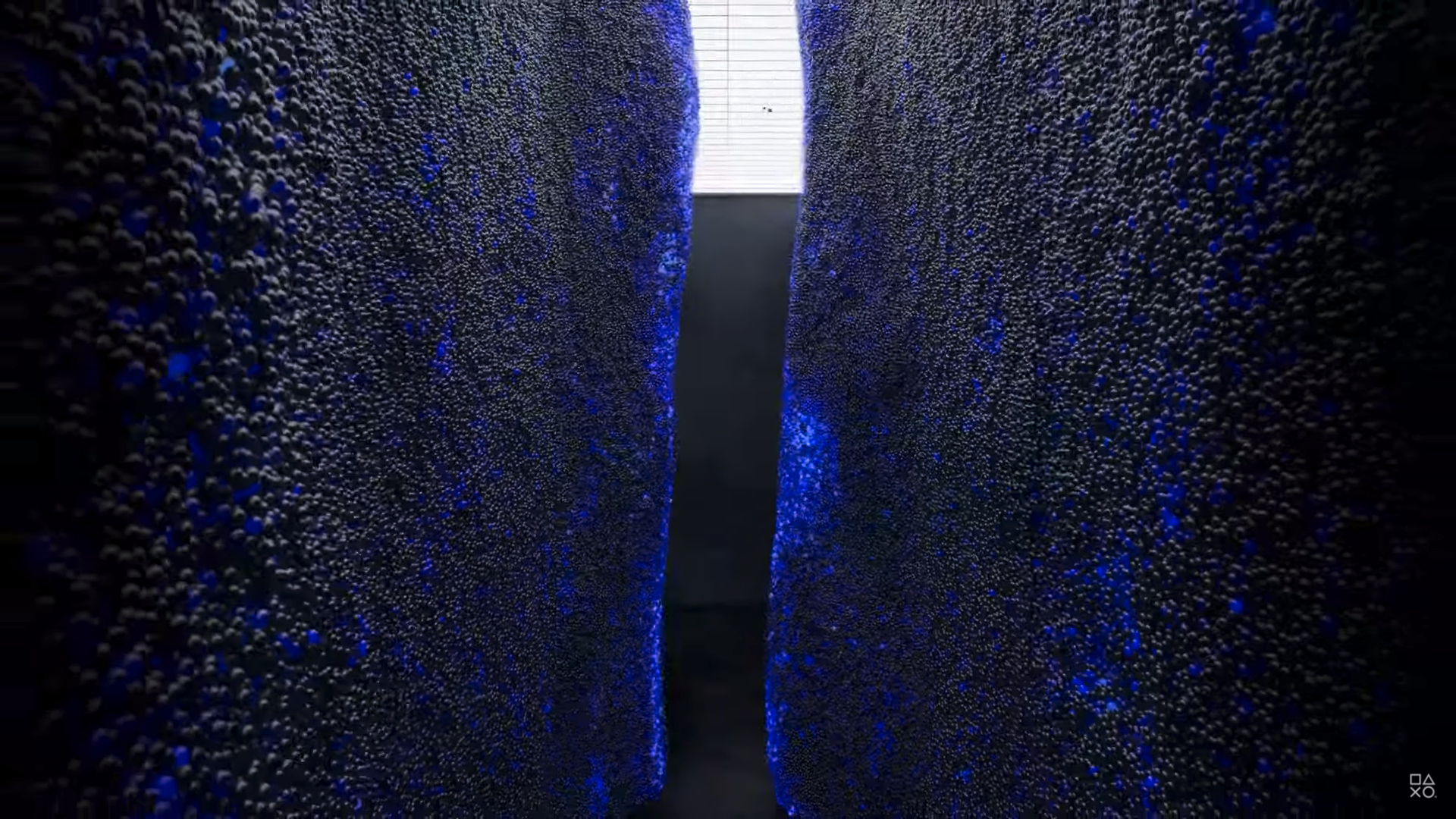 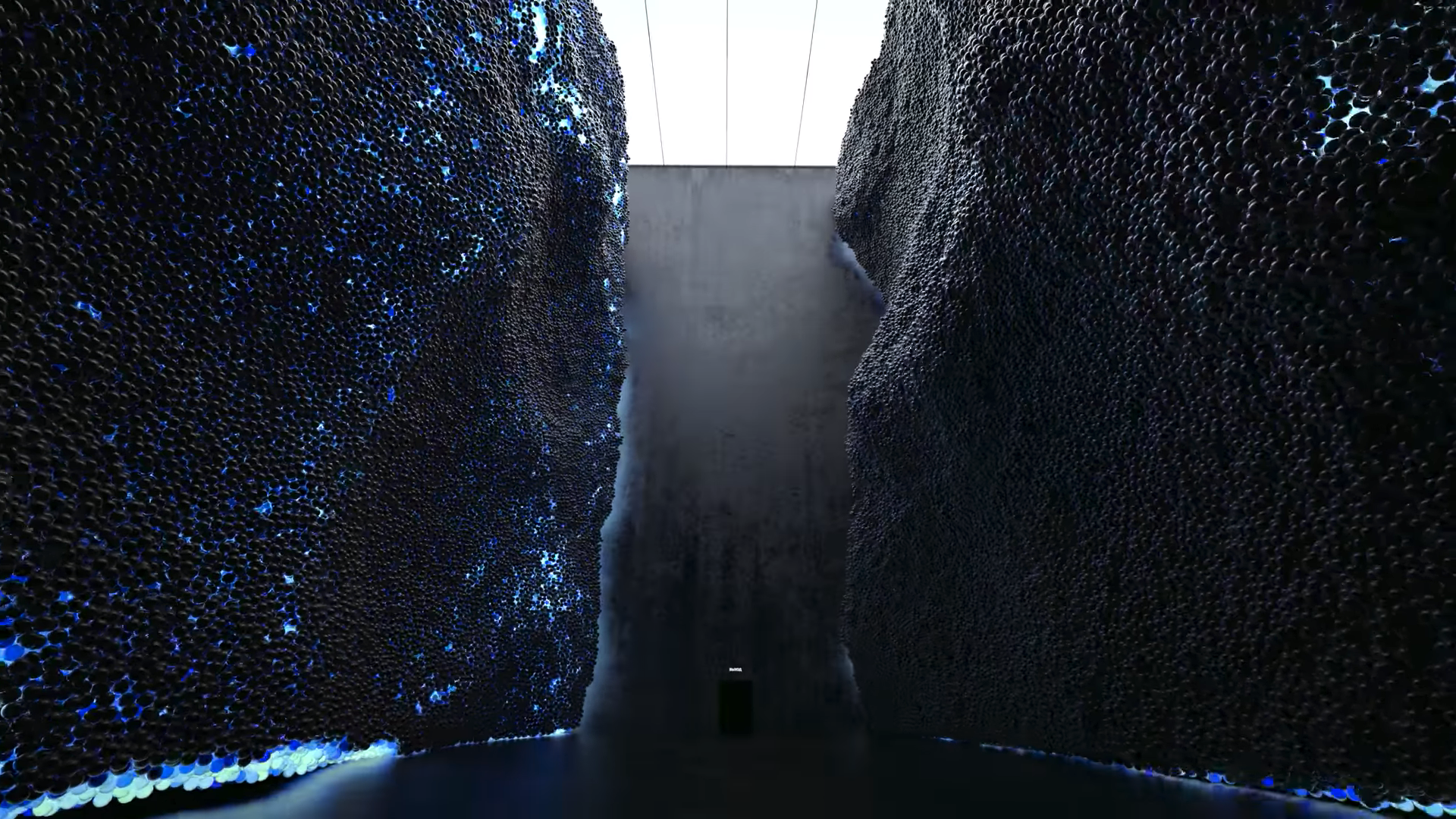 Let’s look at something slightly different. Here’s a GIF from the PS5 reveal of a cubical monolith in an empty, ceiling-lit room that opens up to reveal a colorful, layered inside:

That looks awfully similar to a scene from a work of Zhestkov’s called “Layers” featuring a rectangular monolith in an empty, ceiling-lit room that opens up to reveal a colorful, layered inside:

Sony hasn’t replied to a request for comment about Zhestkov’s participation — but Zhestkov does list Sony as a client on his studio’s About page. And when we reached out to the studio to see if they could confirm their participation, a producer said “we can’t yet confirm or deny our participation in Sony’s reveal.”

So we can’t be completely certain that Zhestkov made the motion graphics. But I’d have to say it seems pretty likely.

This is the PlayStation 5

The PlayStation 5’s design is being relentlessly mocked on Twitter