See how climate change could drown landmarks around the world

Some places could virtually disappear

Share All sharing options for: See how climate change could drown landmarks around the world

Just 3 degrees Celsius (5.4 degrees Fahrenheit) of global warming stands between Cuba’s Plaza de La Catedral looking typically dry or looking like something straight out of the myth of Atlantis. The iconic plaza in Old Havana is just one of many landmarks that could face a watery grave in the future if greenhouse gas emissions from burning fossil fuels continue unabated. 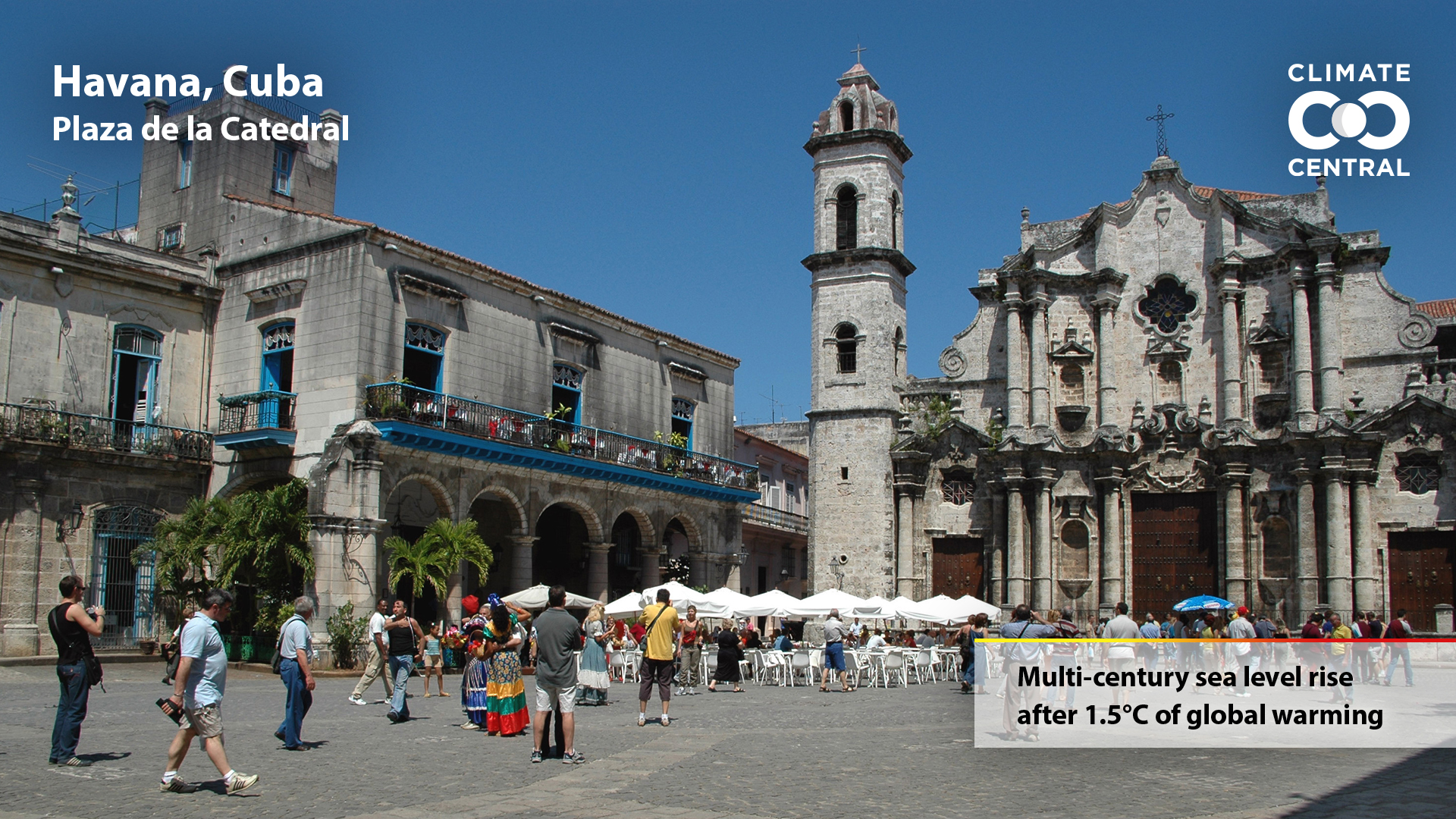 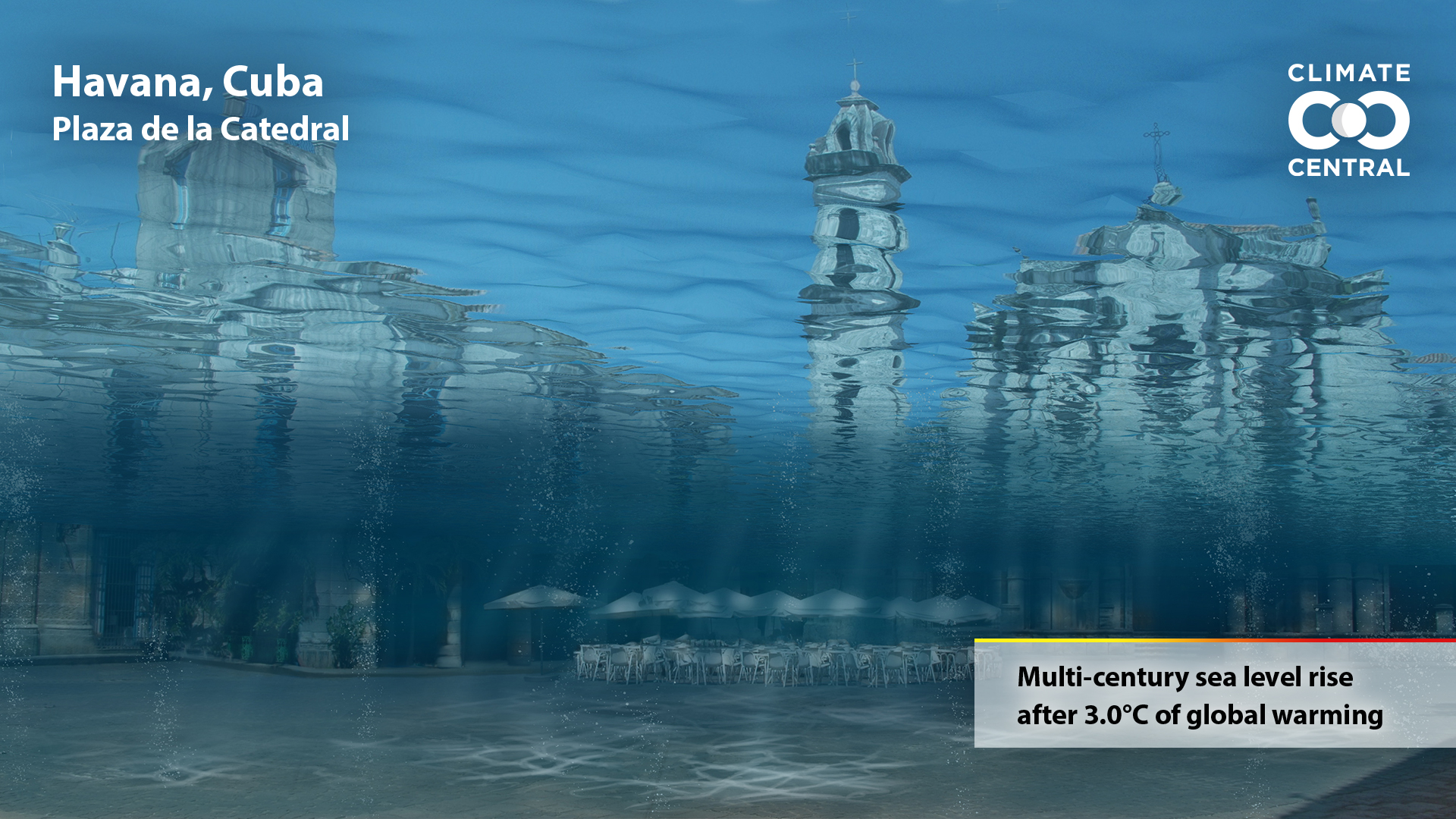 You can see the potential future for more than 100 coastal cities across 39 countries thanks to a new image gallery and map published today by the nonprofit advocacy group Climate Central. The visualizations compare two scenarios: future sea level rise with 1.5 degrees Celsius of global warming above preindustrial levels or sea level rise with 3 degrees of warming. As the planet heats up, warm ocean water expands and glaciers and ice sheets melt, causing sea levels to rise.

Even 1.5 degrees Celsius of warming will expose more people around the world to disastrous flooding, but it’s considered a sort of best-case scenario for limiting the effects of climate change. The world, unfortunately, is still on track to reach close to 3 degrees of warming in just 79 years. The renderings don’t take into consideration how levees might be able to hold water back; the authors of the research write that city planners will need to “defend” against the encroaching waters.

Check out some of the visualizations of what places around the world could look like in coming centuries if the world doesn’t act fast enough to combat climate change. It builds on research published today in the journal Environmental Research Letters. Climate Central collaborated with researchers from Princeton University, the Potsdam Institute for Climate Impact Research, and Columbia University. 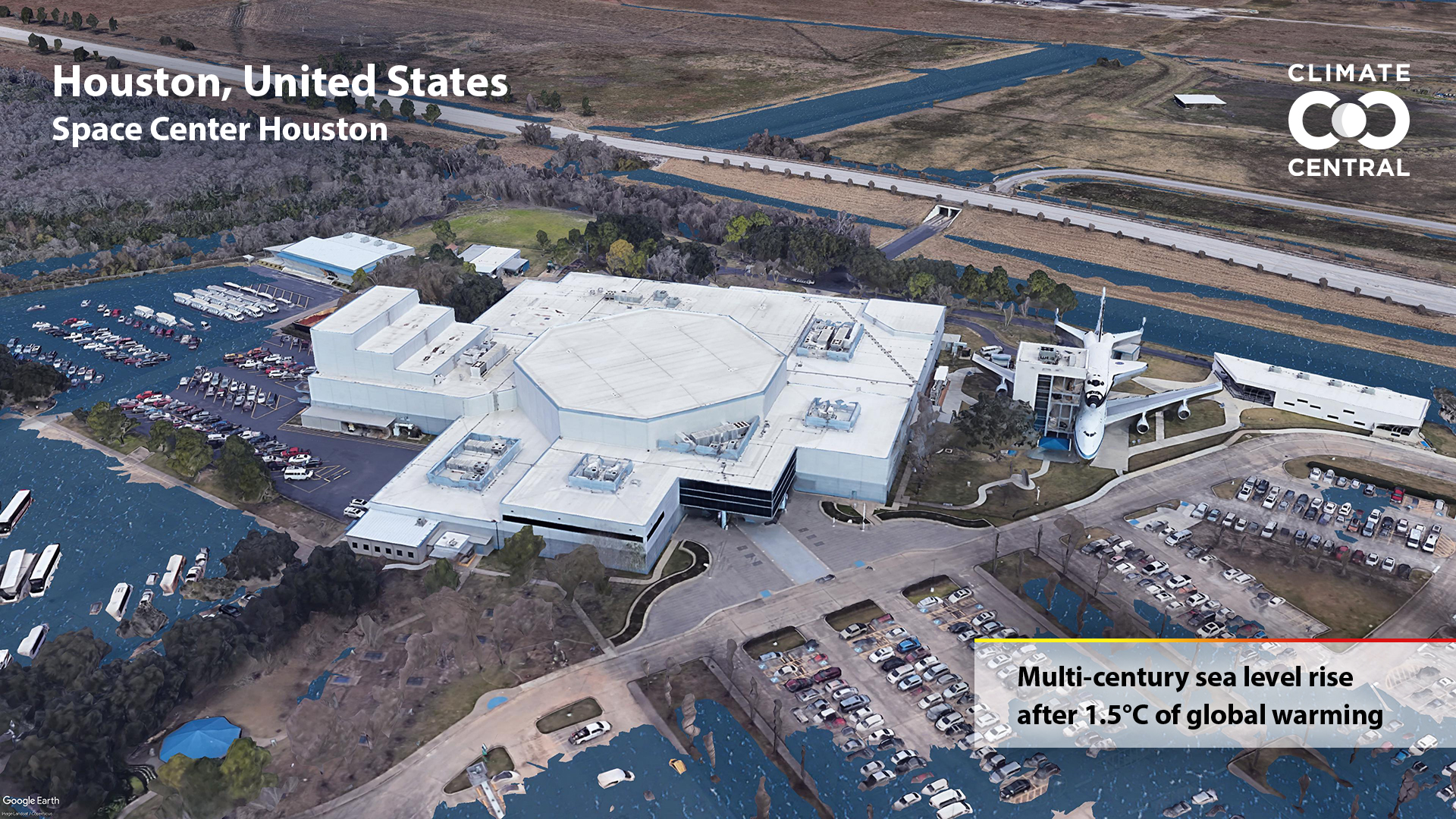 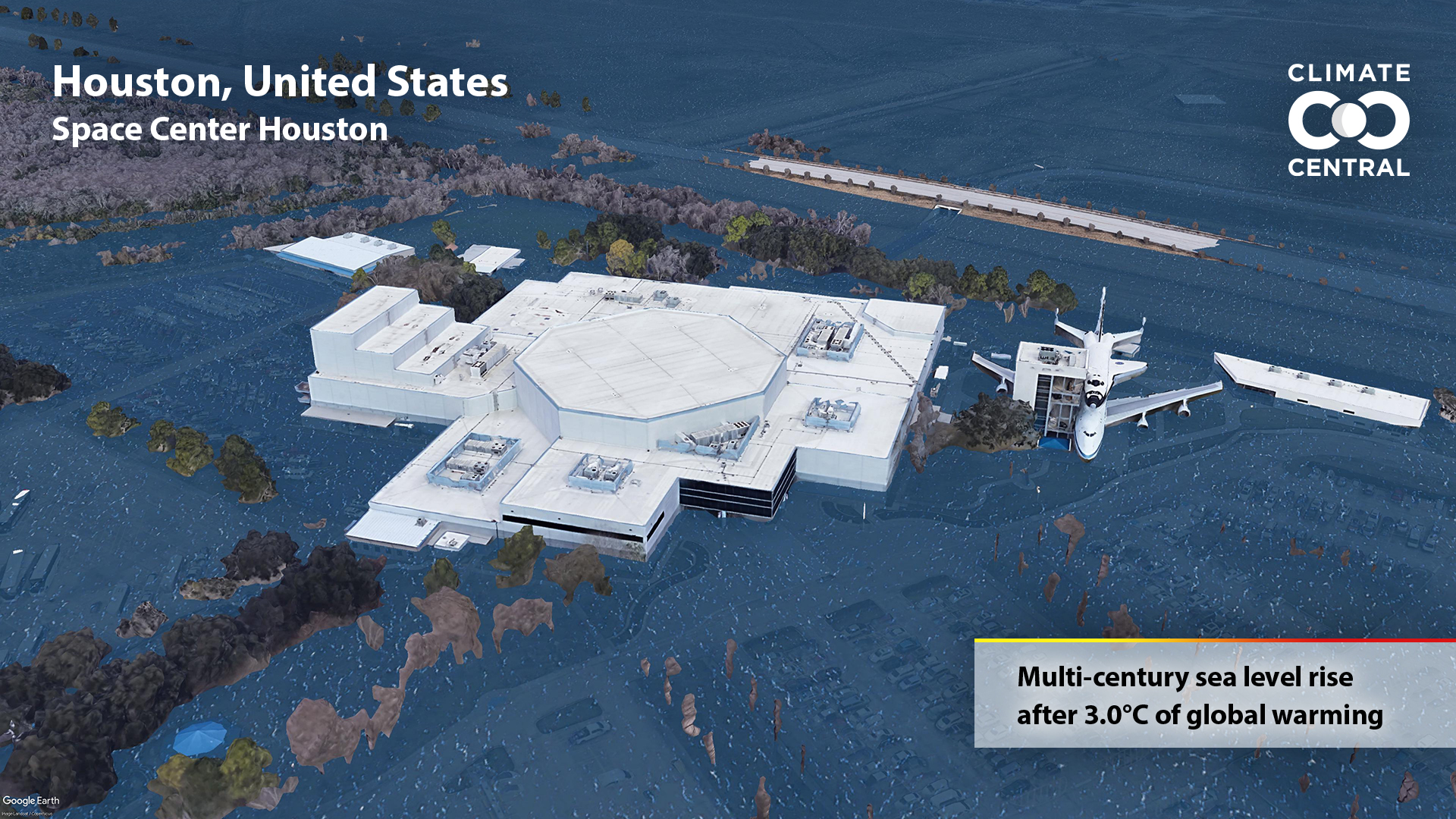 At least 10 percent of the global population lives on land that could be inundated at high tide with 3 degrees Celsius of warming, the researchers found. The risk isn’t spread evenly: many low-lying, small island nations could be completely swallowed up. Many Asian countries could be particularly hard hit. China, India, Indonesia, Vietnam, and Bangladesh have the biggest populations living in places that could one day be below the high-tide line. 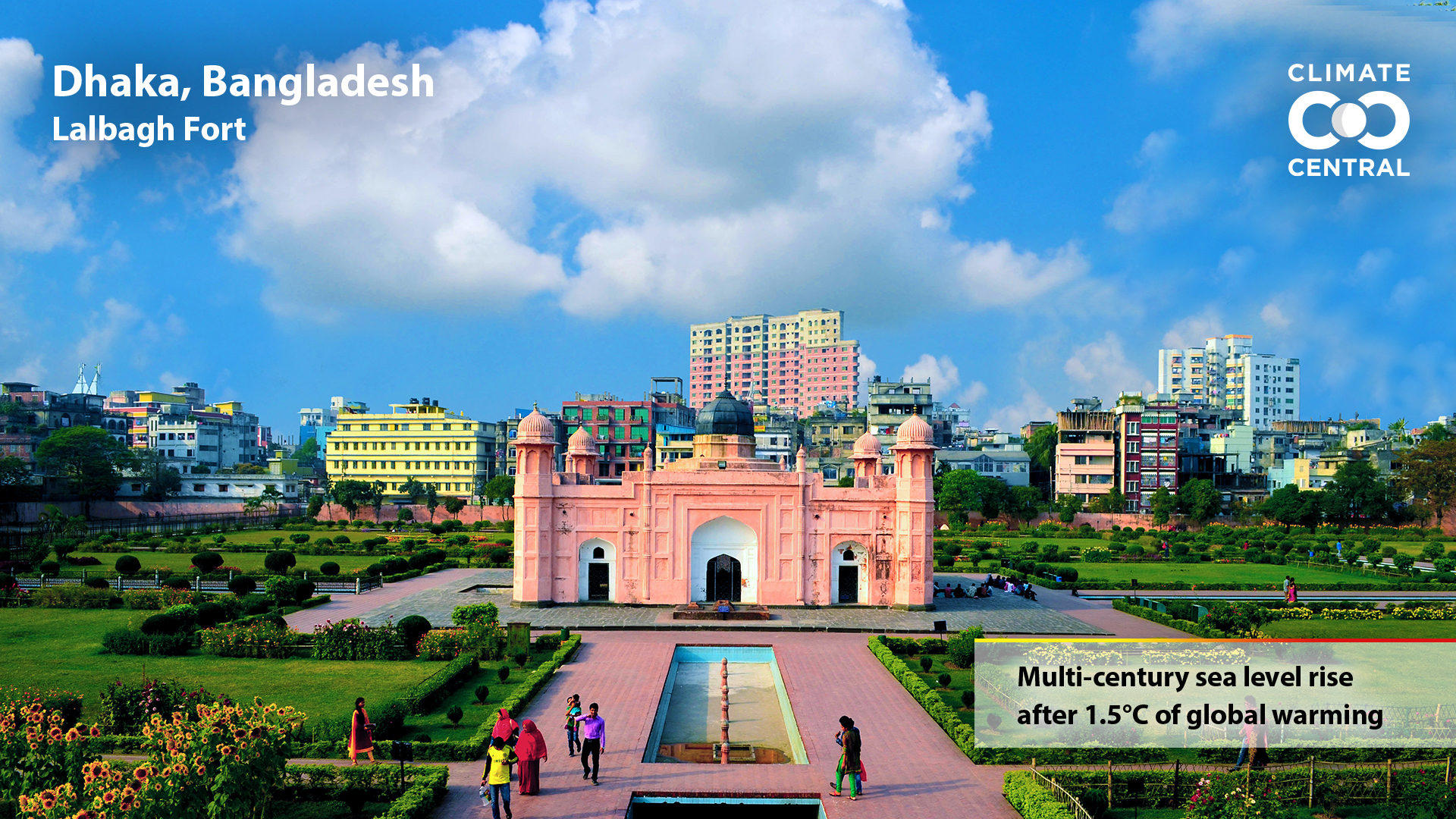 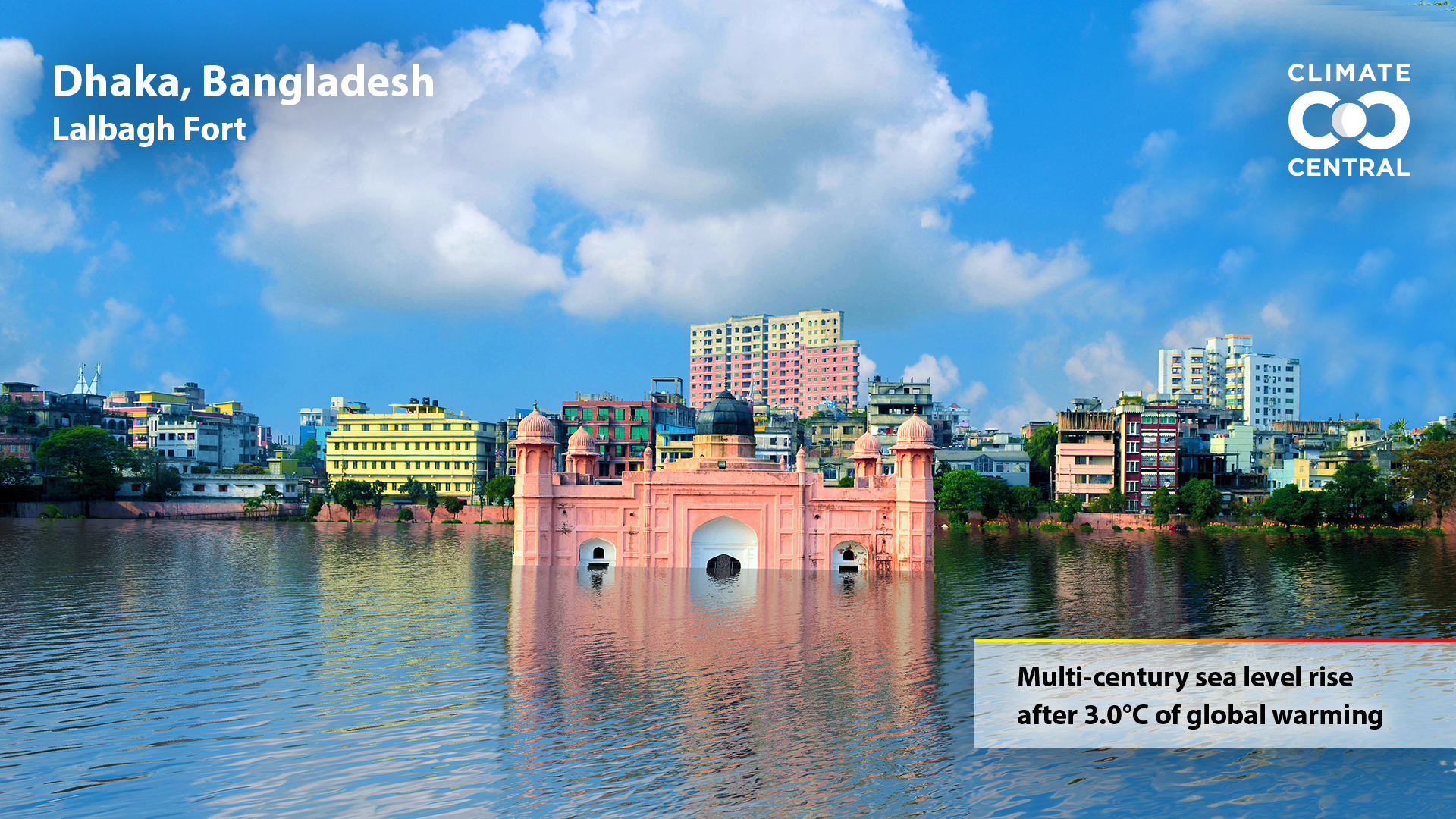 “Sea level rise is threatening not just our heritage, but also our future,” Anders Levermann, one of the authors of the new research and a professor at Potsdam Institute for Climate Impact Research, said in an email to The Verge. “The pollution choices that nations make in the years to come will determine how much of the cities in which we live today can be preserved, and where their next generations can safely live.” World leaders will gather for a United Nations climate summit in Glasgow next month to ramp up their commitments on climate action. 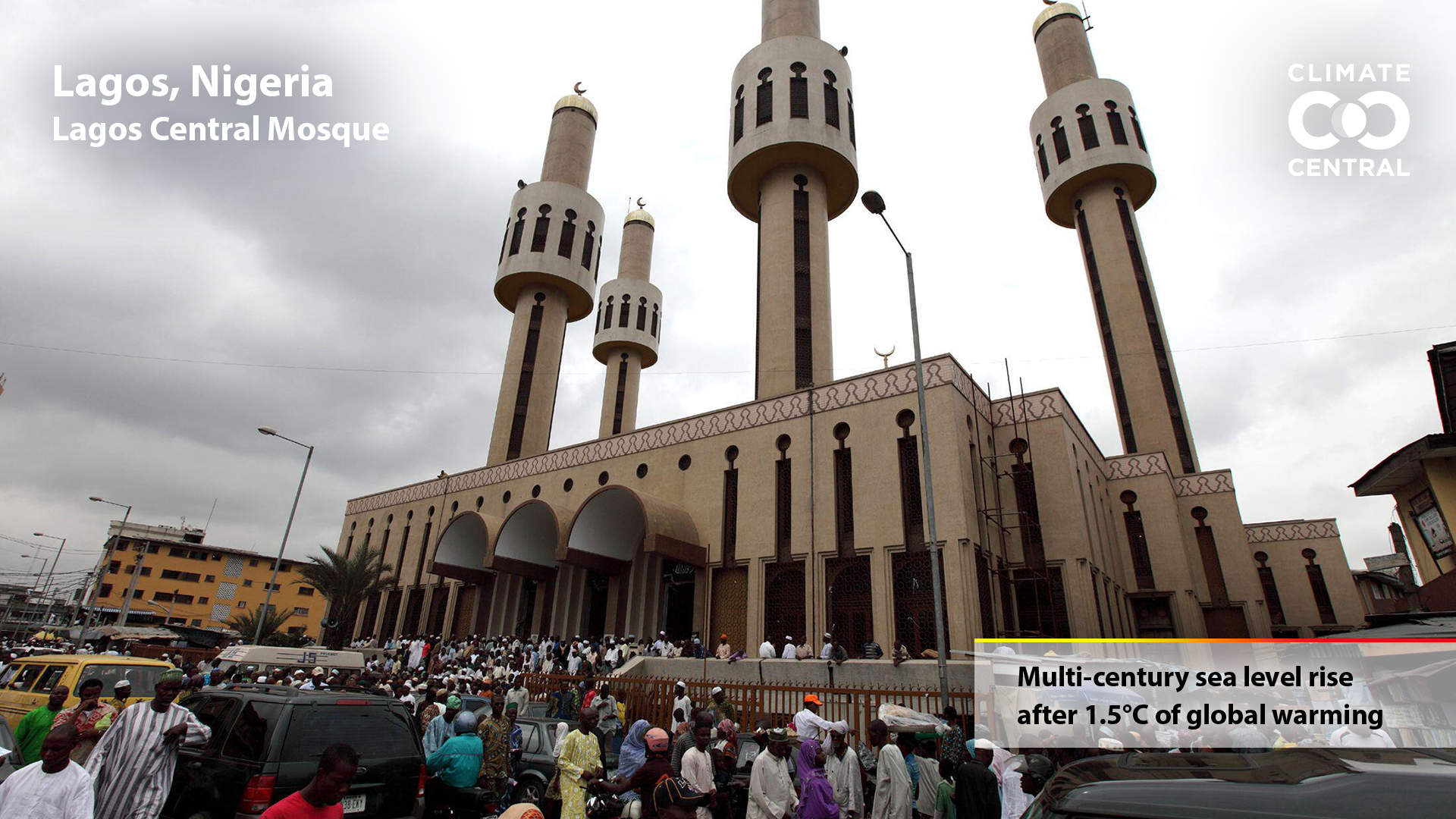 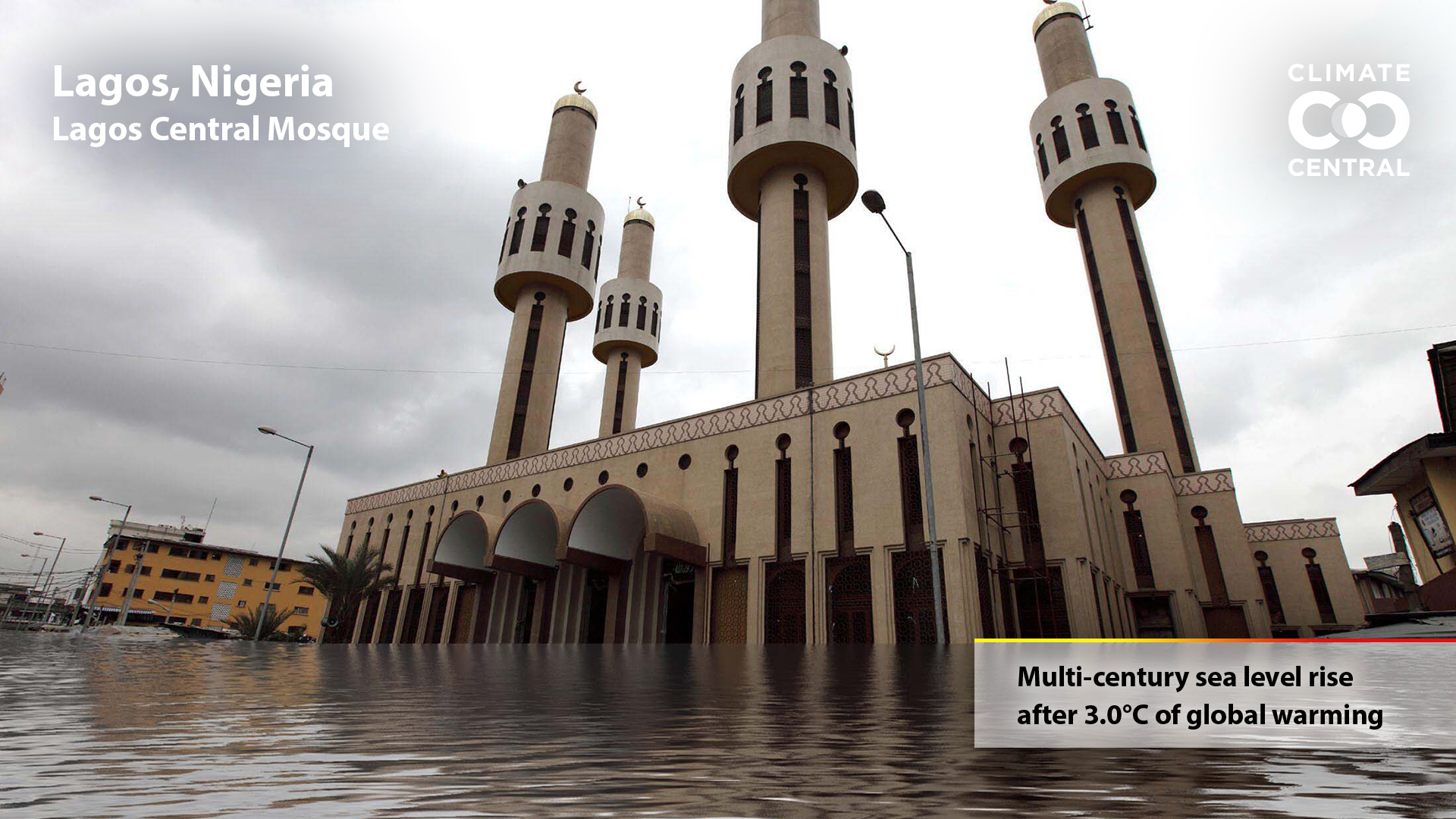 While it could take centuries for sea levels to completely drown many places, the climate crisis is already causing big problems now. About a quarter of all critical infrastructure in the US faces flood risk that could render them inoperable, according to a recent study by nonprofit research group First Street Foundation.

Another major study on the effects of climate change around the world was published in the journal Nature Climate Change yesterday. It found that 85 percent of the world’s population has already experienced weather made worse by human-caused climate change. But because of a dearth of climate research in developing nations, there are likely even more detrimental effects from climate change that weren’t captured in the study.