Amazon’s latest 1080p streamer is faster and runs improved software, but it feels out of place in a 4K world

Amazon’s new Fire TV Stick is a $39.99 streaming dongle that’s aimed at people who haven’t yet made the upgrade to a 4K TV — and don’t intend to anytime soon. It maxes out at 1080p video resolution, but offers support for modern tricks like HDR and Dolby Atmos surround sound. That’s a weird zone to be in when rival products like the Chromecast with Google TV go all-in on 4K for not much more money.

Even Amazon’s Fire TV Stick 4K, which works just fine with older TVs, is only 10 bucks more at $49.99. So the Fire TV Stick (and cheaper Fire TV Stick Lite) are really only recommended if you’re positive your HDTV isn’t going anywhere for a few years to come. 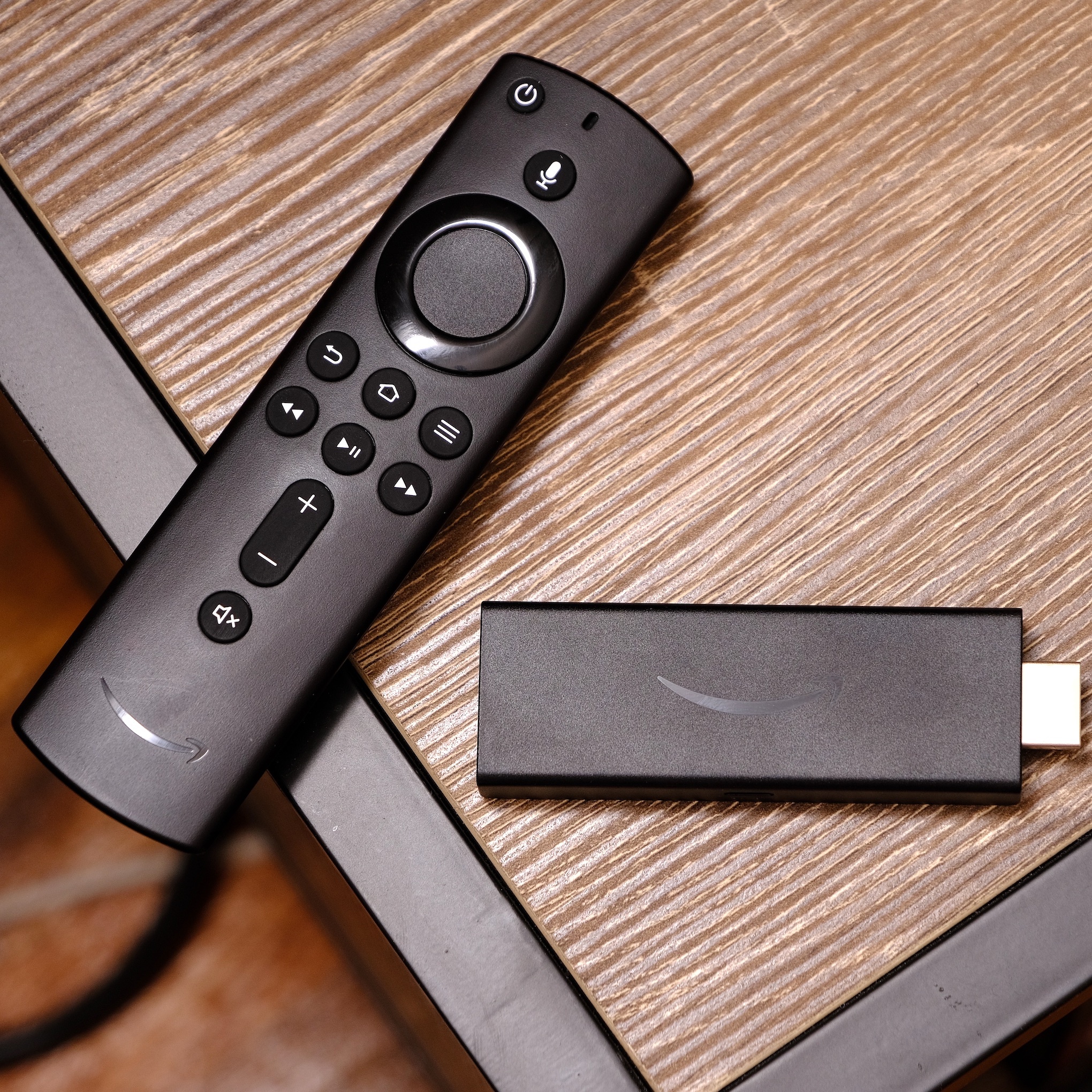 If that’s your situation, you’re definitely getting a more powerful streamer than before. Amazon says the new Fire TV Stick is 50 percent faster than the previous version — but it looks identical on the outside. It’s still a matte black stick that plugs into one of your TV’s HDMI ports. You attach a Micro USB cable to it for power, toss some batteries in the Alexa voice remote, and you’re off and running. This is the same full-fledged remote that comes with Amazon’s pricier streaming devices, so in addition to playback and navigation controls, you get some extra buttons (power and volume) for controlling your TV with it. The Fire TV Stick Lite’s remote doesn’t include those.

The improved performance is noticeable. Amazon’s older Fire TV Stick could sometimes get hung up or slow down when scrolling around or opening apps, but I rarely encountered anything of the sort with this new model. It feels on par with the more premium 4K-capable Fire TV products in terms of speed. Voice searches with the Alexa remote were similarly quick, whether I was searching for a certain show or asking about the weather.

Expect mixed results when it comes to HDR and Dolby Atmos support. In my tests, Prime Video and Disney Plus did a good job getting the most out of the Fire TV Stick’s video and audio specs and regularly delivered both HDR and Atmos, but you’ll find that not all services will serve those with a 1080p stream. Both HDR10 and HDR10+ are supported by the Fire TV Stick and Fire TV Stick Lite, but Dolby Vision is not. Video frame rates of up to 60fps are supported now, compared to the 30fps ceiling on the prior hardware. That’s a nice upgrade for sports and watching video game streams on Twitch.

Amazon’s app selection is excellent, though there is one notable omission: NBCUniversal’s Peacock service still hasn’t been made available on the platform. Everything else, including Apple TV Plus, HBO Max, and other apps, can easily be downloaded. When you set up the Fire TV Stick, Amazon suggests a number of streaming apps to install right off the bat, though the list doesn’t include all the popular favorites. (Everything is easily downloadable after the fact.) Getting the remote configured with your TV’s volume and power controls is also a snap.

Perhaps more interesting than the new hardware is the overhauled software experience that’s first debuting on the Fire TV stick before arriving on the company’s other devices. Aside from cleaning up and simplifying the main menu navigation — there are now just four tabs to choose between, in addition to your favorite apps — it also introduces multiuser profiles. You can create up to six profiles, and it’s possible to designate them as kid profiles that are limited to age-appropriate streaming content. Each user gets their own personalized viewing history, recommendations, watch list, and live TV preferences. As for apps, you can choose which six apps appear on the main menu and easily get to your others with a click.

The Library tab is where you’ll find your purchases, rentals, and watch list. Home is essentially the same as before, giving heavy preference to all things Prime Video (and IMDb TV, which Amazon also owns). The order of rows will dynamically adjust based on your viewing habit, but not to the point where it makes things confusing: your “up next” and recent apps stay up near the top. With the new Find tab, you can dig deeper into dedicated areas for movies, TV, genres, or other categories like “free,” which highlights ad-sponsored streaming channels. (This section is also now where the app store is found.) The last tab is for live TV, which integrates with services like Hulu, Sling TV, and YouTube TV to show a traditional channel guide on-screen where you can quickly access live programming.

But the main frustration of the new Fire TV software remains the same as it was before: there’s an over-abundance of sponsored content. Within a few clicks down on the home tab, I saw a full-width ad banner for Honda trucks and SUVs. And as you progress down the carousels of content, it becomes clear that many of them are sponsored. These are a few I saw as I moved down the Home tab:

This spon-con is interwoven with genuinely useful rows like “movies we think you’ll like” and “top-rated TV shows,” so it’s not egregious or enough to ruin the overall experience. You could also argue that Amazon is just being more transparent and obvious with its sponsored sections, versus competitors who might mix them in alongside general algorithm recommendations. But it still leaves you with the feeling that there’s a lot of advertising real estate for sale throughout the Fire TV experience.

The new Find tab does a better job than the Home tab at aggregating TV shows and films from your various subscriptions — not unlike what Google tries to accomplish with its Google TV software. Amazon was one of the first to push the idea of prioritizing content over a more app-centric layout (like what’s on a Roku or Apple TV), but in some ways Google has already pulled ahead. On Fire TV, it’s never clear which service you’ll be watching content through until you click into a title. Google does a better job making clear what’s coming from where right on the main menu. But to Amazon’s credit, there are helpful filters for things like “free to me” and “rent or buy” to help you whittle down the selection.

When you’re browsing around, this new Fire TV experience all feels very familiar. Amazon might have switched up the home screen, but on the whole, this isn’t a drastic makeover. I like how on the title page for any show or movie, it’s very quick and convenient to scroll through other things that the cast has appeared in. And you still get the handy “more ways to watch” to see where else you can stream something, with existing subscriptions and ad-sponsored services given preference above paid options.

But some areas of the interface still need refinement. For example, I got a notification that said “some content is provided by Verizon” with a disclaimer that the company might collect viewing data — with no indication of which app the notification was actually for. I assume it was for one of the live news services, but there was no confirmation that it was.

Using a Fire TV Stick requires an Amazon account, which means you’ll have to agree to the company’s conditions of use and privacy notice to get started. It’s also important to be aware of privacy settings for Amazon’s Alexa since the voice assistant plays such a large role on this device.

The new Fire TV experience will come to other products in March. It’s definitely an improvement over what was there before, and the profile options will prove useful for parents and people with shared living spaces. It’s available first on the Fire TV Stick, but I don’t think that’s reason enough to get Amazon’s $40 player.

I’m sure Amazon has all the data in the world to show that this product makes sense, but buying a 1080p streaming device in 2021 seems ill-advised. This feels like something the company should just be giving away to Prime subscribers as a freebie. You’d be much better off in terms of future-proofing by spending extra — not much extra, really — for the Fire TV Stick 4K if you constantly stream from Prime Video and will put the remote’s Alexa capabilities to use. If you’re not big on Amazon’s ecosystem, then something like the new Chromecast or a Roku streamer would be a more sensible buy. The latest Fire TV Stick is faster than before and comes with sleeker software, but it’s still not cut out for a 4K streaming world.