WandaVision was an important moment for Disney. It was the company’s first attempt to expand its Marvel Cinematic Universe to its streaming service, Disney Plus, after over a decade focused on theatrical releases. And a big part of keeping that continuity was the visuals. WandaVision was a relatively strange show, with a storyline that spanned a few decades of sitcom history, and it had the aesthetics to match. But it managed to combine black-and-white Bewitched-style visuals with classic, city-spanning MCU battles in a way that somehow felt natural.

According to Tara DeMarco, a visual effects supervisor on the show, the approach to WandaVision’s special effects wasn’t any different because it was destined for living rooms. “The visual effects for Marvel features and streaming [shows] are treated very similarly in terms of the expectation for the quality. And really, we’re all in service of a story,” she tells The Verge. “It’s just that some of our stories are longer than others.”

Now that the show has wrapped, I had the chance to talk to DeMarco about creating those classic sitcom effects, designing the ever-present Hex that surrounds the town of Westview, filming those big superhero battles, and, of course, Vision’s CG face. Here are some highlights from our chat.

On the classic sitcom visual effects

The early episodes were a collaboration between all the departments — but particularly, production design and special effects and visual effects — to determine what could be achieved with puppeteers in each set. And then special effects would go away and rig the different props that we might be given by props, and then we might do different wire works as elements and combine them later. We determined ahead of time that we would get as many practical puppeteered effects as we could, and visual effects would either combine them or enhance them.

Puppeteered effects are used in television sometimes — you just don’t know. And it’s really a way of getting an object for someone to act against and to have something real in the scene that you can take and maybe then duplicate or create in CG in another way. But we often use wires to put objects in scenes. The difference is that we were paying homage to shows that had very specifically put wire gags in that the audience would know. So the plate that heals itself is a great tip of the hat to how they would’ve done it in the era.

DeMarco also notes that, while the team did plenty of research on how effects were originally done on those shows, they had some help: Dan Sudick, head of the special visual effects department, grew up with a neighbor who worked as a puppeteer on Bewitched. “We had an inside source,” DeMarco says. 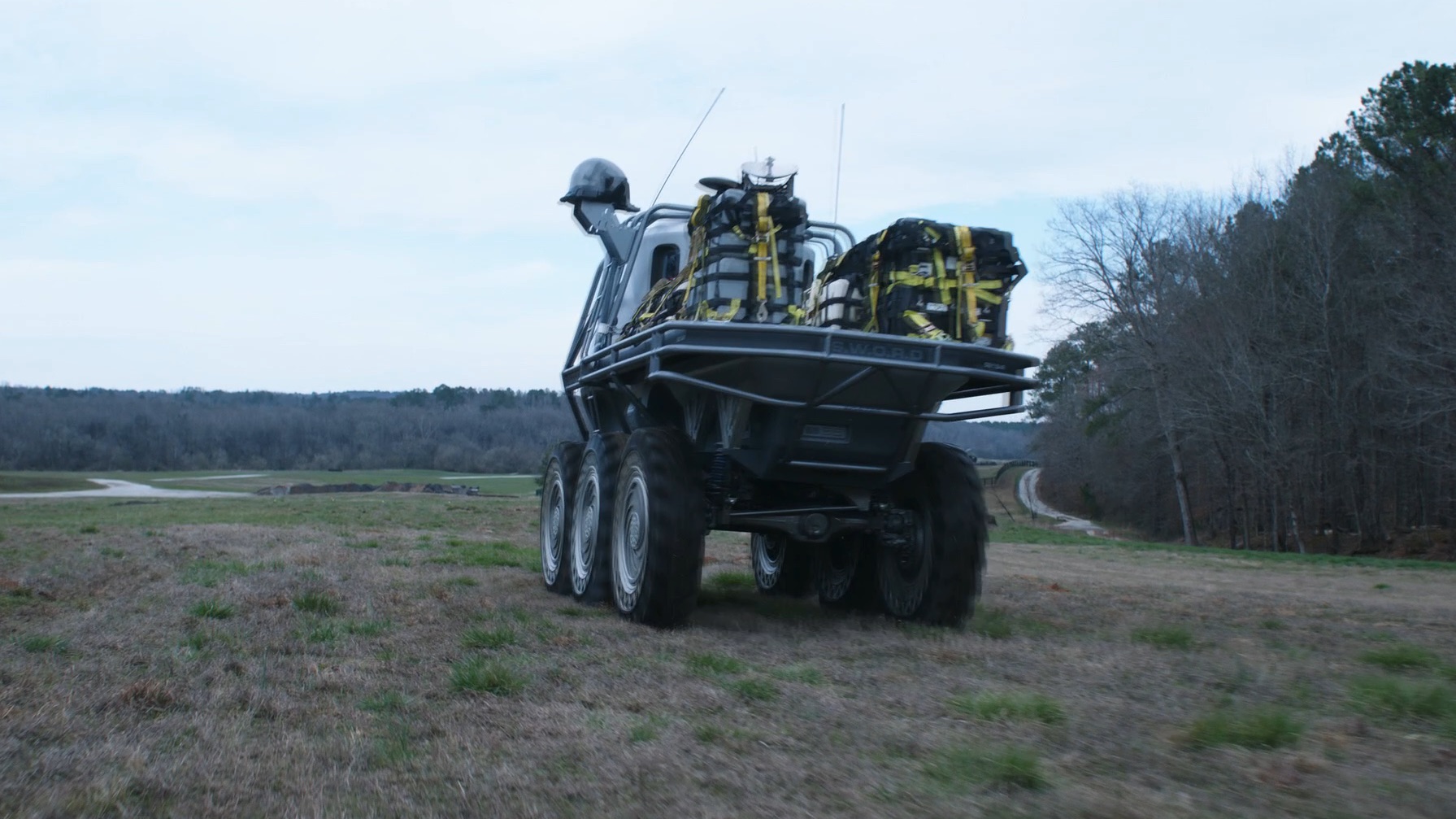 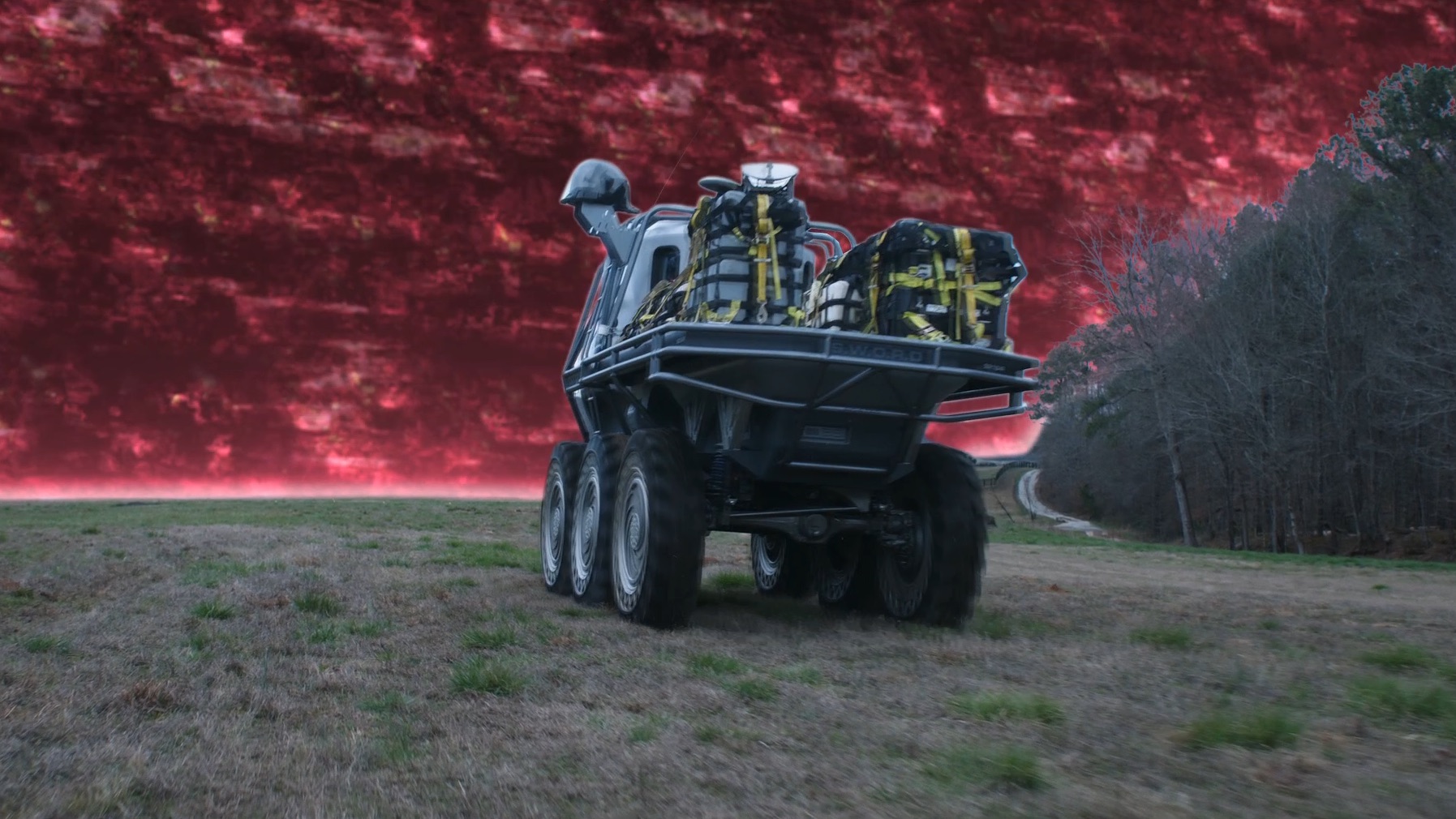 On the Hex that covers Westview

The Hex was really driven by the story point of each scene. So that first view of it, when Monica gets pulled in, where we see the sort of invisible wall and it’s a mystery, was meant to really unsettle the audience. And so we wanted it to be slightly invisible, slightly visible, unknown, and for it to affect her in an unknown way, but using the language of television. That was driven by [director] Matt Shakman and what he wanted the tone of the scene to be, in terms of what the audience should take away.

Each progression of the Hex was similar in that, in the next episode, we wanted to showcase that Wanda was angry that Hayward had flown a drone into her home. So at the end of the episode, we made it red, violently red, to showcase both her power and that it was meant to be a hard boundary. She wasn’t messing around. And then in the subsequent Hexes, it was really what is important to show about Wanda either keeping people out or letting them in, and rewriting objects to fit within her Westview.

And each time we worked on the Hex, we just made sure that it was clear that it was made of the cathodic lines of old tube TVs and pixelization and a lot of cool RGB chromatic aberration effects so that you could see the colors split into three like the old Trinitron logo.

DeMarco adds that keeping the Hex largely a mystery, particularly for the first few episodes, was important. “The idea was to not show it off too much,” she says.

On that huge battle in the last episode

All of the big scenes we start with first script, and then boards if we have them, and then [pre-visualization]. So there’s an evolution to all of those scenes so that we have an idea of what the work will be. Once we’ve gotten through a pre-viz scene, and [director Matt Shakman] likes the pre-viz, then we would break down each scene and try to figure out which pieces we could capture with a human or with a set, to keep as much real as possible, and then the next phase is what could we augment in CG, or what could we start with a human and then maybe do a digital double take.

Our last resort is an all-CG scene. Because we wanted as much real and in-camera as we could keep, knowing that it had to be big MCU beats. So we did fly a lot of actors on wires. We flew Visions on wires in a library set, we flew witches on wires on a green screen set. But we tried to get the basic elements with practical pieces as much as possible. 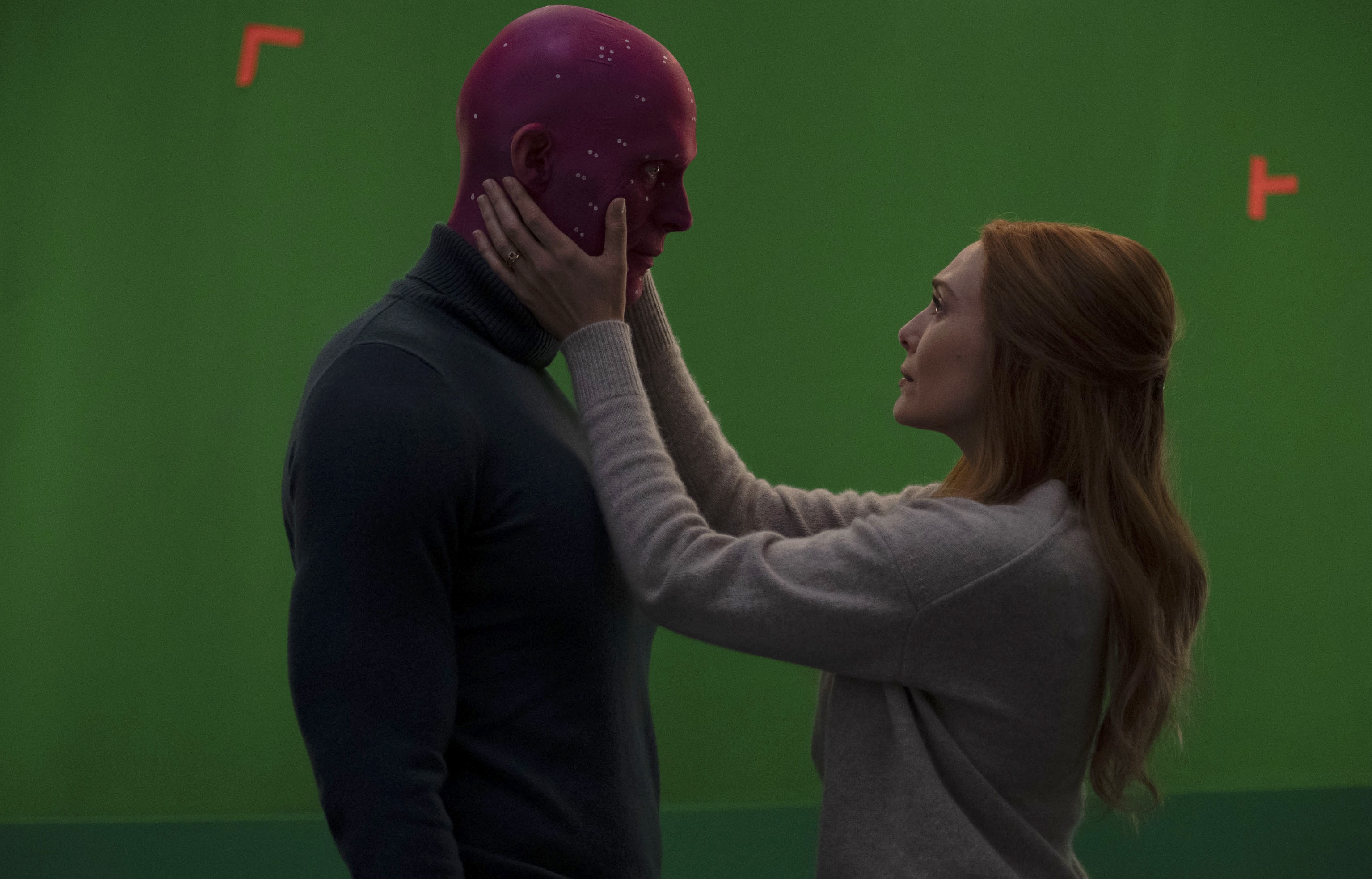 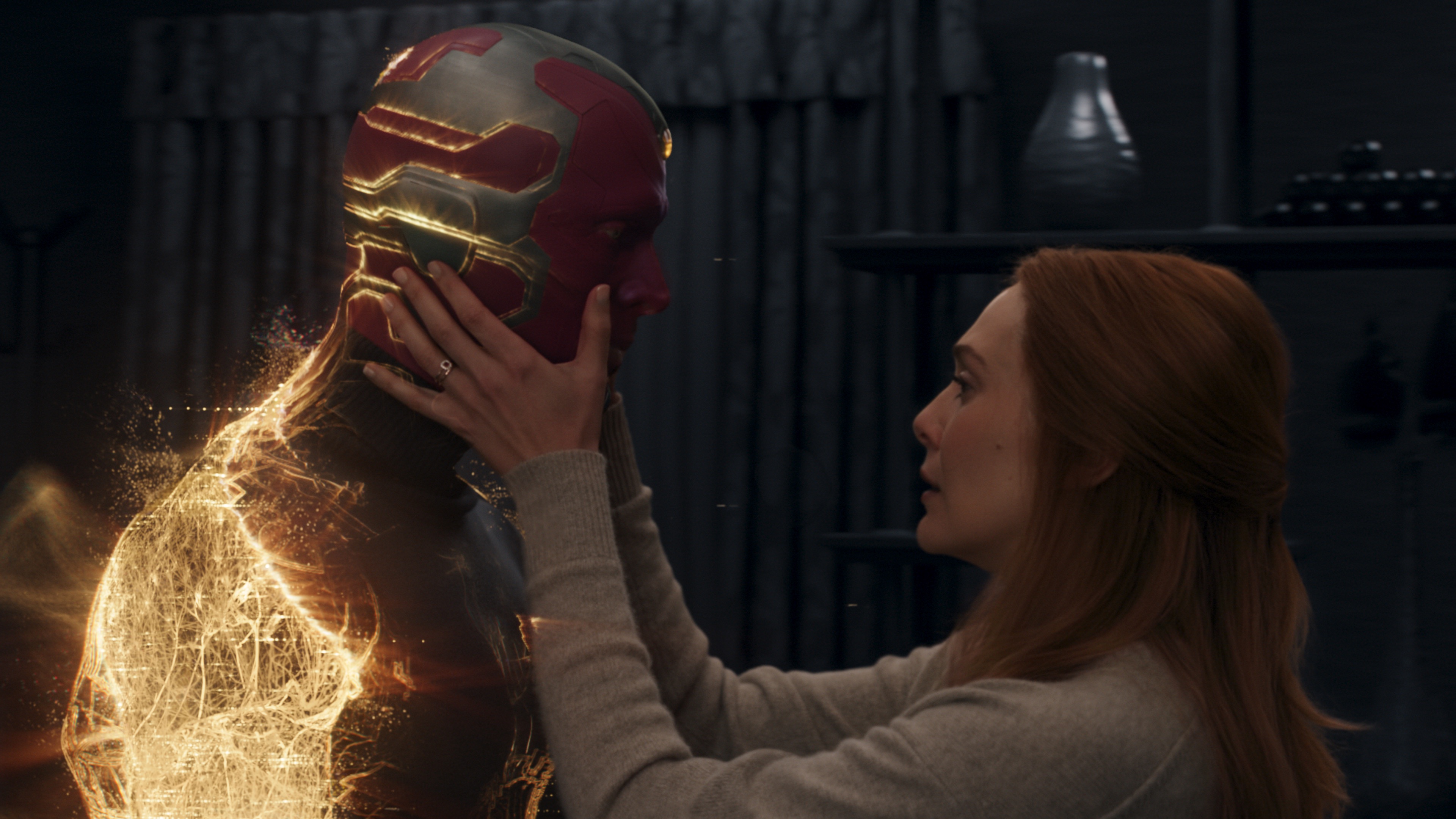 I am most proud of all of our Visions. I am actually loving the fact that, after [Disney Plus behind-the-scenes documentary Assembled aired], people didn’t seem to realize he had a CG face. So the fact that we were able to execute Vision through so many eras and so many looks — dead, white, on the operating table in pieces, through all of his sitcom emotion — and no one questioned that, they were focusing on Vision and the performance of the character and not on the fact that he had a CG face. That gives me the warm fuzzies.