Share All sharing options for: The most powerful Wear OS watches are held back by Wear OS

For the past month, I’ve been testing the two most powerful Wear OS watches you can buy: the TicWatch Pro 3 from Mobvoi and the Fossil Gen 5 LTE. They’re not spec-for-spec identical, but they do share a basic shape: big, chunky, round, and black. If you’re using Android and want a smartwatch, they’re at the top of a persistently tiny list of top-flight smartwatches.

Despite Wear OS’s reputation, both watches are perfectly competent and can do the basics of what many people want out of a smartwatch. Both also offer what I’d characterize as acceptable battery life: a full day most of the time, two at a stretch. The TicWatch can actually go much longer, thanks to a clever second screen layered on top of the first one.

But Wear OS does have that reputation: for years, watches that ran it have been slow, ran out of battery life quickly, and suffered from a tiny ecosystem of apps. Some of those problems have been solved, but that doesn’t mean that these watches (or, honestly, any smartwatch available to Android owners) lives up to the polish and features iPhone users can get with the Apple Watch.

The Apple Watch comparison isn’t really useful for Android users — it’s not and probably never will be an option. Instead, let’s just look at these two watches on their own terms.

At $299.99, the TicWatch Pro 3 is not an impulse buy. But the price is about right for what Mobvoi has created. It has pushed the limits of what Wear OS can do in two ways.

First, it has crammed the best technology it could get for a Wear OS device in here. One big differentiator for the TicWatch Pro 3 is that it is the only watch using Qualcomm’s latest smartwatch processor, the Snapdragon 4100. (More from Motorola and possibly OnePlus have been rumored to be coming this year.)

The TicWatch requires you to agree to the usual things you need to agree to with a Wear OS device, namely Google’s terms and privacy policy. But it also presents a series of options on the watch to share data with Mobvoi regarding your fitness.

There’s a specific “Mobvoi Privacy” app on the watch that presents you with all the toggles for sharing fitness data, including a note that you can email Mobvoi to request your data be deleted. It is great that Mobvoi is being so upfront about it, but the watch’s functionality is seriously hampered if you don’t agree to them all.

By using it, you’re agreeing to:

That processor makes the watch faster than other Wear OS devices — though it still can sometimes feel a step behind both Samsung’s Tizen-based watches and even Fitbits. It also accounts for some of the TicWatch’s battery life, which I’ve found can last two and even three days with all the bells and whistles turned on.

The second thing Mobvoi has done to push Wear OS is add a bunch of bells and whistles to make up for the platform’s missing features. The main thing it’s done is put an LCD panel on top of the regular OLED screen. This allows the TicWatch to go into a low power mode when it’s on standby and a super-low power mode when you need it to last for more than a few days on a charge.

Wear OS powers its fitness offerings with Google Fit, which has seen a few updates but is very far behind Apple’s fitness offerings. Mobvoi can’t fix that, but it has tried to fill in the gaps with its own suite of fitness apps on the watch. It even includes a blood oxygen sensor — though it’s no more accurate than the norm for smartwatches, which isn’t very good.

However, using them requires you to place a large amount of trust in Mobvoi the company — as the watch makes perfectly clear when you try to launch these apps, there’s no way to do that without sharing a bunch of information with Mobvoi. I applaud the transparency, but that still wasn’t enough to make me comfortable with it.

One thing to keep in mind with the TicWatch Pro 3: its aesthetics. It’s unapologetically a big, chunky watch. I don’t have huge wrists and it absolutely feels dominated by this thing. It is “honest” in its design, at least, in that it isn’t trying to look like a fancier watch than it is — right on down to the matte plastic lugs that hold the replaceable straps in place. I also wish it had a rotating crown for scrolling.

I ended up using the TicWatch Pro 3 like a bog standard Wear OS watch in the end, turning off its extra screen and sticking to Google Fit for fitness data. It absolutely did the job, but at $299 I think most people would be better off considering other options.

In the US, there is not a TicWatch Pro 3 with LTE – though a version with it is currently available in the UK, Spain, and Germany. If you want a Wear OS watch with LTE outside those markets, you’ll need to buy the Fossil. 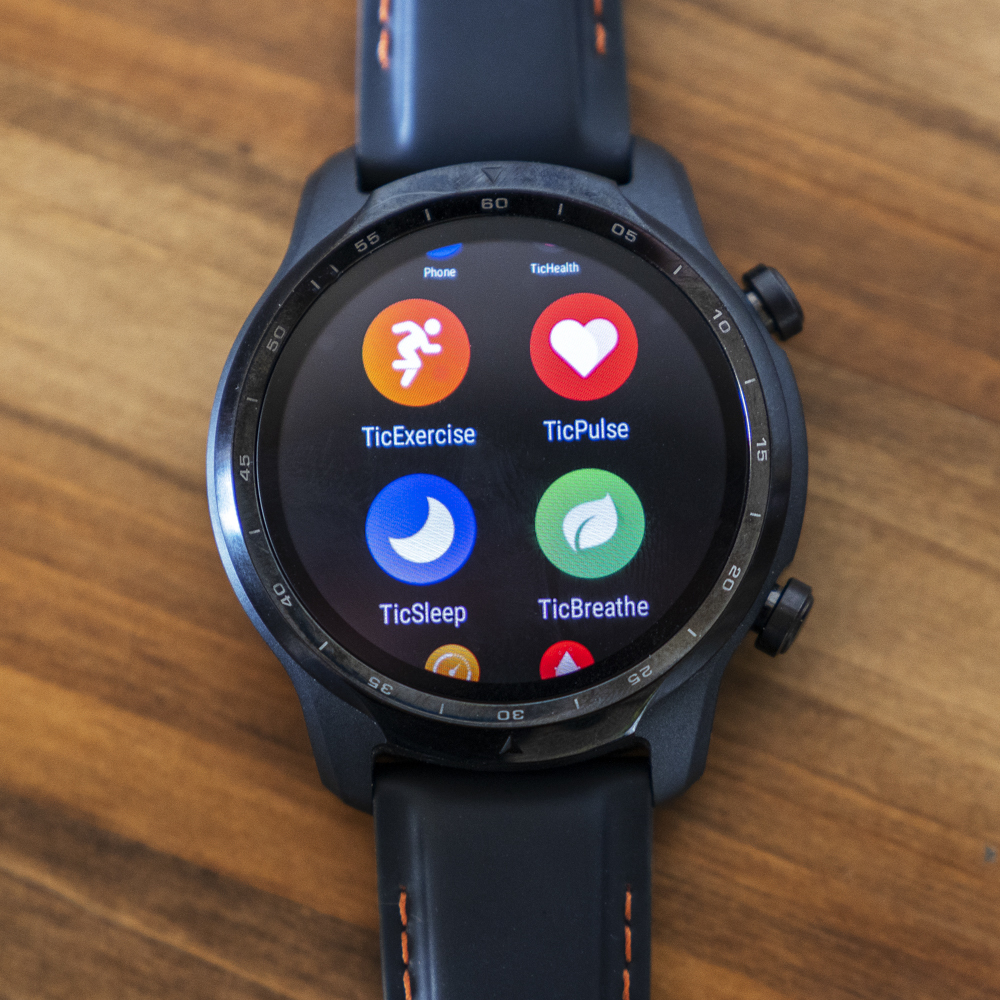 I reviewed the original Fossil Gen 5 smartwatch in 2019, and I called it the “best of a Wear OS situation.” I think that (dubious) honor now goes to the TicWatch Pro 3, but if you need LTE, the $349 Fossil Gen 5 is one of two options you’ve got on Android (the other is Samsung’s Galaxy Watch 3 LTE).

Fortunately, the Fossil Gen 5 is essentially unchanged by the addition of LTE. If you’re willing to pay your carrier the extra monthly charges to turn it on, using the Gen 5 with LTE felt virtually the same as using it with Wi-Fi or Bluetooth.

Even battery life didn’t seem to be a problem. I did notice the watch was more likely to hit two full days with LTE turned off, but I usually didn’t manage to drain it in a single day even when using mostly LTE. Sadly, Fossil also feels as though it needs to make up for Wear OS’s shortcomings by keeping its entirely too complicated battery saver features. A watch should never require users to dig into granular radio toggles.

It does still use the older Snapdragon 3100 processor, though it didn’t feel particularly slow as a result. Aesthetically, it’s very slightly different from the regular Fossil Gen 5 Carlyle that I own and it’s not that much smaller than the TicWatch, but subtle differences make it look just a little more premium.

All in all, if you must have an LTE smartwatch and you use Android, this is your best option if you really prefer Wear OS to Tizen. If you’re agnostic, I think the Galaxy Watch 3 with LTE is probably a better choice.

By using the Fossil Gen 5 LTE, you’re agreeing to:

The final tally comes to three mandatory agreements and a few optional settings.

Our review of Fossil Gen 5 LTE 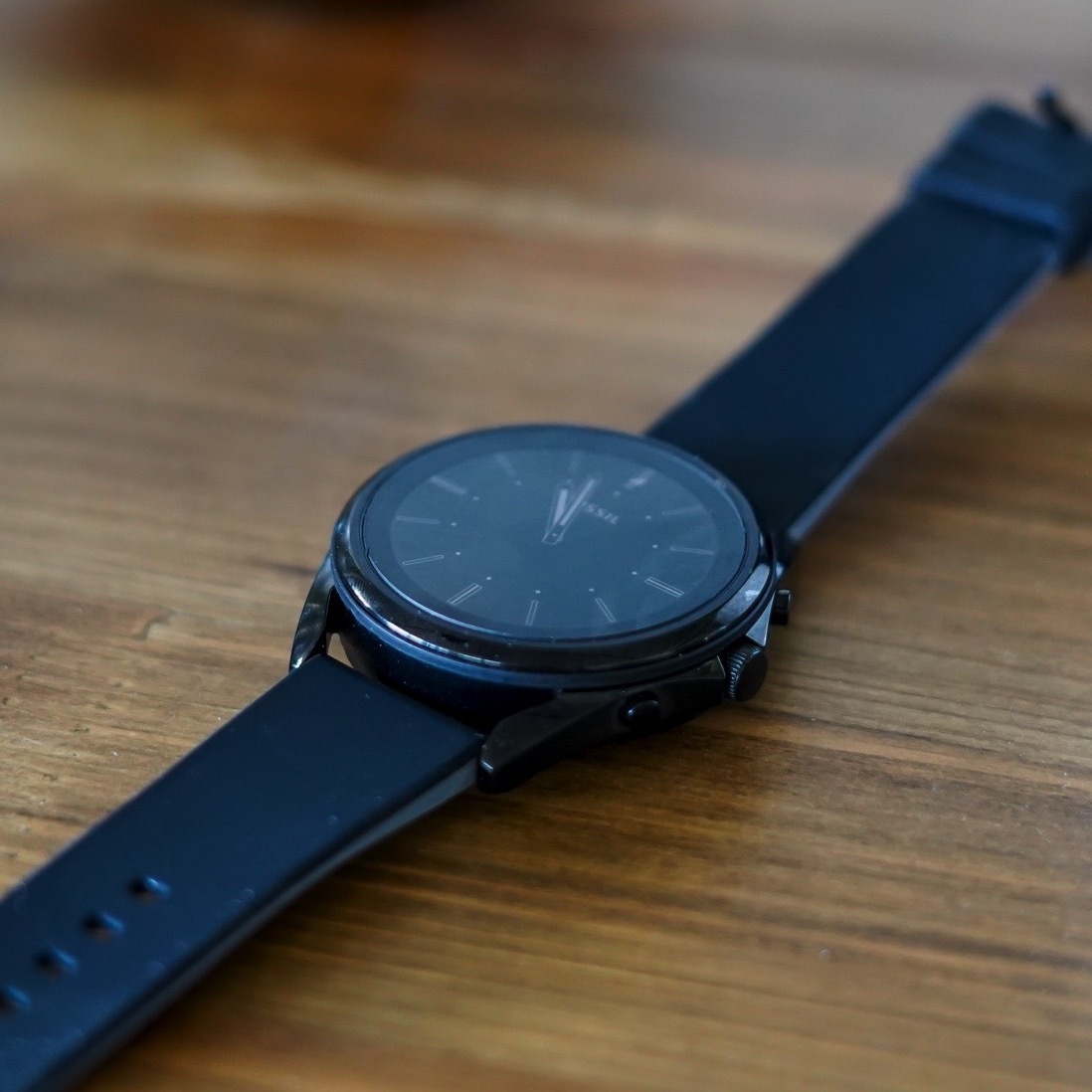 As I’ve been harping on for three years now, every smartwatch for Android involves some kind of compromise.

Samsung watches need a lot more apps and require you to install a lot of extra stuff on your phone to get them working.

Fitbits are great for fitness but not so great at integrating into Android. There’s also the not-so-little matter about the company now being owned by Google’s hardware division. The future of the entire Fitbit ecosystem is sort of up in the air right now.

And honestly, the future of Wear OS is also up in the air. There’s little movement lately in app support and though Google has done a decent enough job keeping the OS from falling into utter decay, it hasn’t done much more than that. It’s overdue for an overhaul.

There are likely more Wear OS watches coming that might be worth waiting for, but the Samsung Galaxy Watch 3 remains the best option for traditional smartwatch stuff. At the end of the day, it’s difficult to recommend anybody spend three or four hundred dollars to get on board the rudderless Wear OS boat.

Both the TicWatch Pro 3 and the Fossil Gen 5 LTE are good enough smartwatches for what they are. It’s just that what they are is the best of an old platform with a questionable future.

Correction, March 10th, 2021: this review has been updated to note that there is a version of the TicWatch Pro 3 with LTE, but it’s only available for purchase in the UK, Spain, and Germany. We regret the error.