Releasing for Android first, with an iPhone version coming later in 2022

Share All sharing options for: The Razer Kishi V2 controller adds some of the Backbone controller’s best features

Razer has announced the $99.99 Kishi V2, its new mobile controller that can cradle your Android phone to deliver a more handheld console-like experience. In terms of what’s new over the previous iteration, the Kishi V2 features some hardware traits in common with Razer’s Wolverine V2 controller. Namely, that its buttons utilize microswitches instead of membranes, so they’ll have a clicky feel. Also, there are two macro buttons near the triggers, one on each side, that can be custom programmed with a mobile app.

Let’s be honest, there’s a lot about the Kishi V2 that looks aped from the Backbone One controller for iPhone. To start, the Kishi V2 uses a similar extendable rear bridge design in place of the not terrible, but less intuitive folding mechanism from the original version. This lets you easily insert or remove your phone from the controller. And it ensures that more phones are compatible. To give you a sense for compatibility, the new controller can fit Google’s large Pixel 6 and Pixel 6 Pro as well as the Samsung Galaxy Note 10 series phones. Anything smaller than that should work fine. And if your phone has a case, removing one of the preinstalled rubber inserts might help it fit. I had to take my Pixel 6 out of its Google-branded plastic case and swap the Kishi V2’s plastic pieces to make it fit.

The Kishi V2 supports USB-C passthrough charging, but it frustratingly lacks a headphone jack, as is found in the Backbone One. Has Razer tried to play games on Android with wireless headphones? The latency is typically atrocious. Companies took the jack from our phones, but it’d be great to have it on a controller.

The similarities to the Backbone go deeper than controller design. Razer built the Nexus app, its own gaming hub, for Kishi and Kishi V2 owners to be able to jump into to launch mobile games and streaming services, capture or stream gameplay to Facebook and YouTube, and more. Unlike Backbone, though, Razer’s solution is free to use and doesn’t require a subscription to access all of its features. It remains to be seen if Nexus can compete with the extremely elegant interface that Backbone has built. The Kishi V2 has a dedicated Nexus button underneath the right analog stick, so Razer seems to be taking its new software seriously. 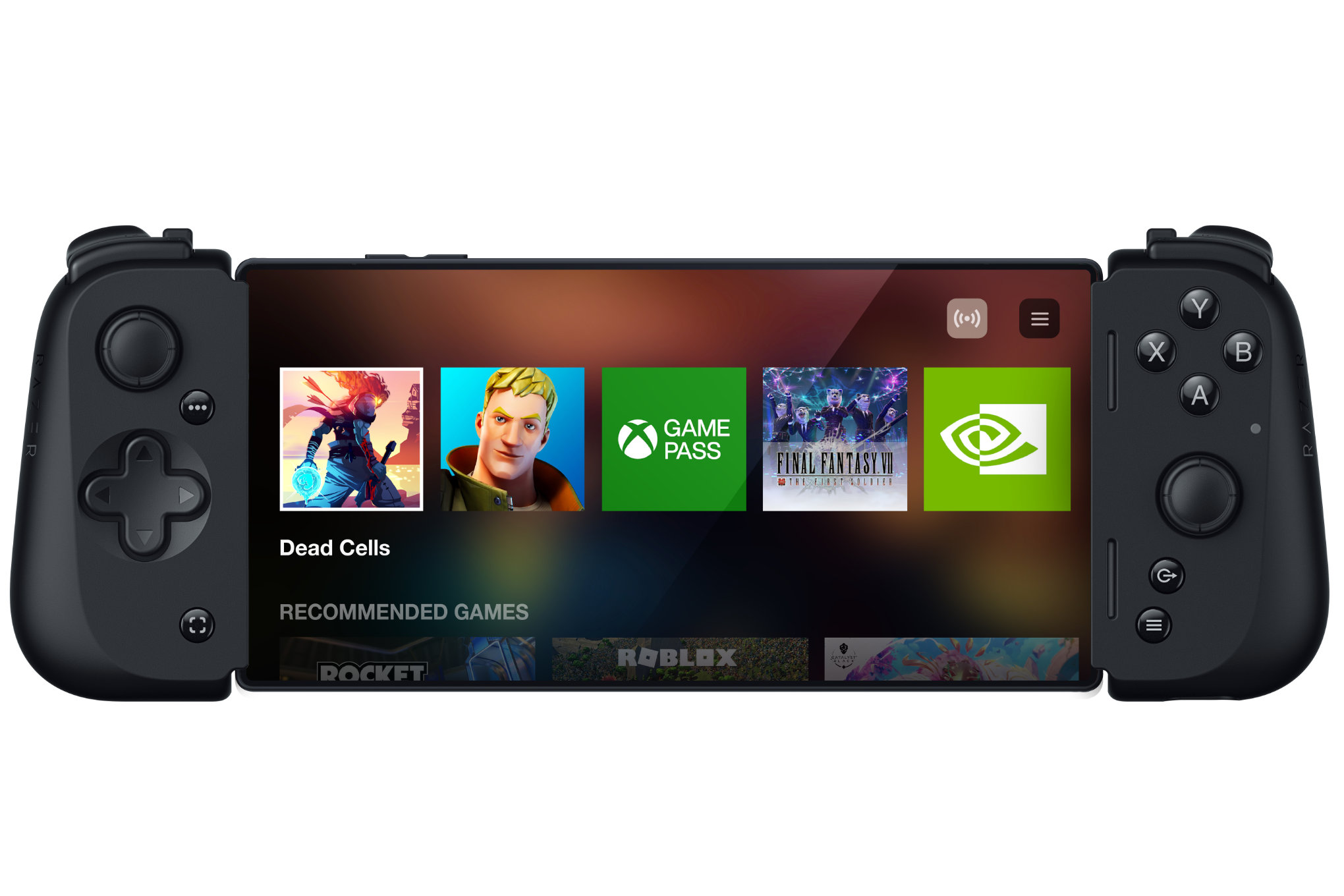 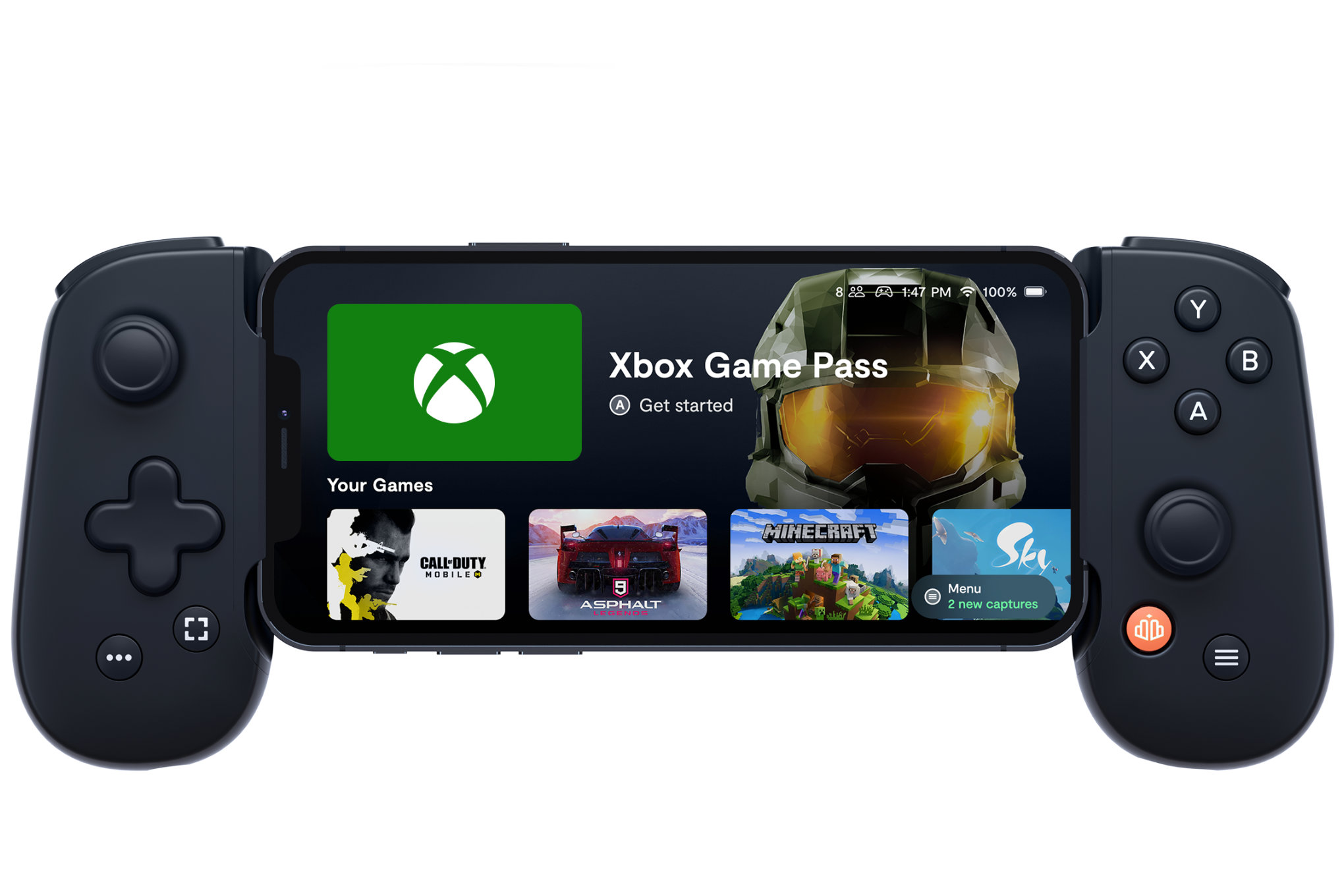 There are other things that we’ll have to wait and see on with the Kishi V2. Razer is launching the Android version today, but it confirmed that an iPhone version will be coming soon. While Android is fertile ground for deep OS implementation and for making it easy for gamers to stream games, it’s another story on iOS. Apple doesn’t allow for native app streaming, requiring the likes of Microsoft to build a clumsier, web-based solution than what’s available on Android. That’s part of what makes Backbone’s One so impressive. It nailed the trickier iOS integration, which goes deeper than expected. (Read our full review for more details.)

I think Razer can nail it on iOS, but the launch of the Kishi V2 on Android is just the start of the uphill climb that Backbone has already made great progress in.