Motorola’s least expensive phones give you what you pay for

Despite a recent run of high-end phones, Motorola’s ambition for the past few years has been to own the budget and midrange phone space. And the newly announced Moto G Fast and Moto E (no numbers anymore) are the final pieces of that puzzle for this year’s lineup, joining the previously released Moto G Power and G Stylus at even lower price points. 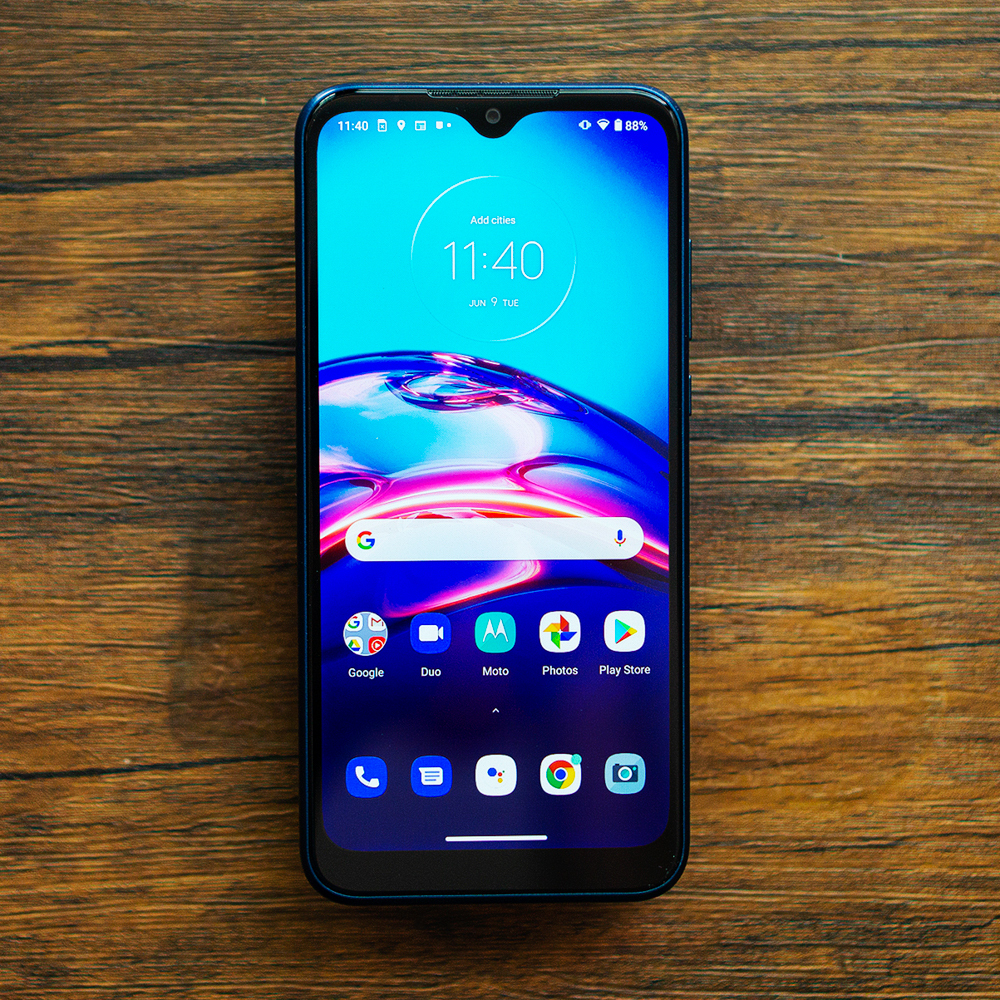 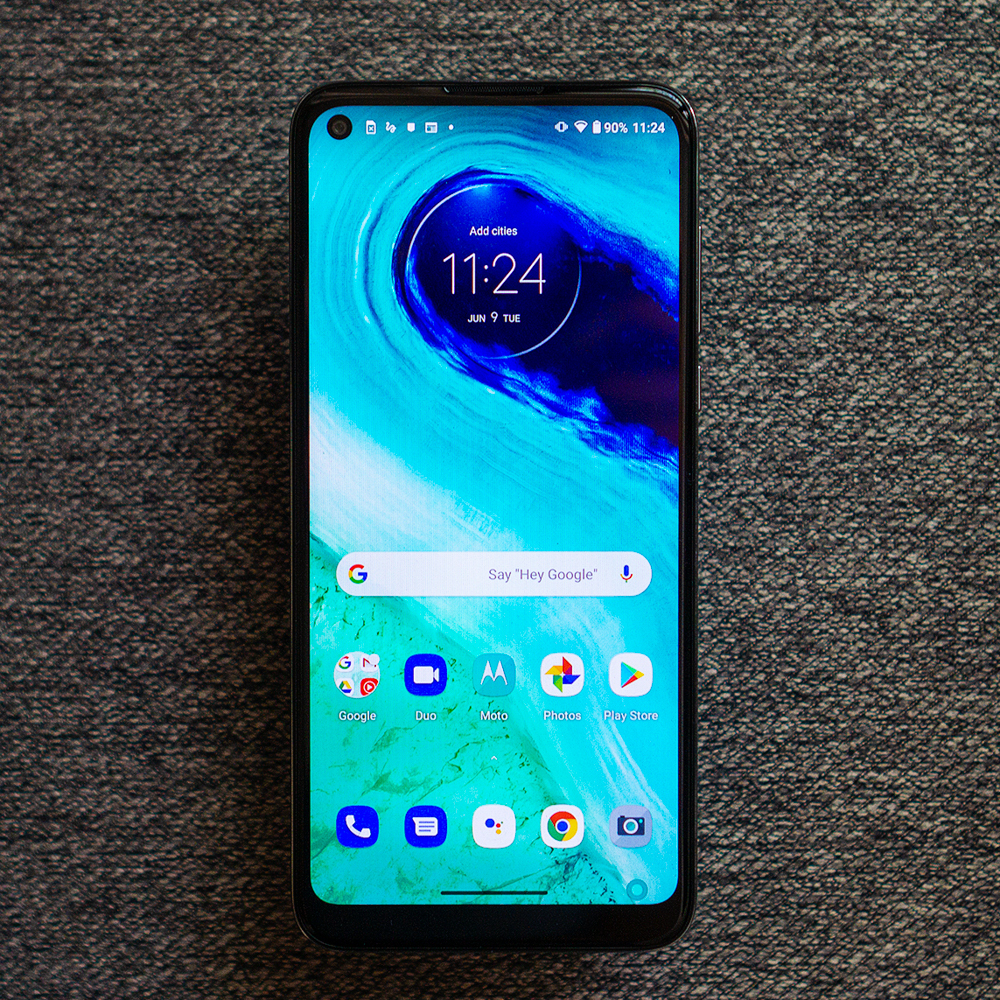 The 2020 Moto E is an interesting entry to Motorola’s lowest-cost phone line, and there’s a lot to like here, especially compared to last year’s Moto E6, which was a more incremental update.

There’s a faster Snapdragon 632 processor, a new secondary depth camera, a more premium design with a notched screen, and a fingerprint sensor on the back (a first for the E-series). But there are still lingering issues, like the fact that Motorola is sticking with just 2GB of RAM and a Micro USB port for charging, specs that were already outdated in last year’s Moto E6 and are particularly disappointing to see here. And there’s still no NFC or wireless charging.

The Moto E looks good — from a distance

Some of these improvements are long overdue, like the Snapdragon 632 processor. While it’s over a year old — for reference, Motorola used it in last year’s Moto G7 and G7 Power models — and it certainly won’t win any awards for speed, it’s still capable enough in 2020 for most tasks, and there’s no noticeable lag in most of the everyday apps I used, like Instagram, Chrome, and Tiktok.

Gaming is trickier. Simpler games (like Alto’s Adventure) run fine. But more graphically demanding titles like Asphalt 9 struggle, and the most intensive game I tried to test — Fortnite — didn’t run at all.

But while the processor performance is a big improvement, the paltry RAM holds the Moto E back; 2GB just doesn’t feel like enough RAM to run Android comfortably. The Moto E runs fast enough at first — the new processor certainly helps with that — but once you’ve got a few tabs open in Chrome, or a couple apps running in the background, things start to slow down, especially if you’re switching between apps regularly.

And while the new Moto G phones and Edge Plus have started to reverse Motorola’s camera woes, the new Moto E is still firmly in the past, with a 13-megapixel main sensor that appears to be unchanged from the old model — which is to say, bad.

The new processor is speedy, but the lack of RAM holds it back

The new addition here is a depth sensor for portrait mode, which works, although it’s not particularly great at cutting out fine details like hair. It’s also held back by the lackluster main camera (which still has to take the actual photo).

Lastly, there’s the display: a 720p panel running at 1520 x 720, which looks fine from a distance, but jagged edges and blurry text start to appear when you look up close. It’s especially noticeable since Motorola jumped up to a 6.2-inch screen here, compared to the 5.5-inch panel on the Moto E6.

That “good from a distance” approach applies to a lot of the 2020 Moto E — it’s a phone that looks a lot like a premium smartphone, but up close, the illusion doesn’t quite hold up. The all-plastic design feels lighter in your hand than it should, the camera is outclassed, and the performance is average. For better or for worse, it’s a $149.99 smartphone.

But while the Moto E is a substantial upgrade over last year’s model, the Moto G Fast is effectively a less interesting downgrade of its pricier siblings. If you’ve seen the Moto G lineup from this year — particularly the Moto G Power, from which the Moto G Fast is visually indistinguishable — you should have a good idea of what to expect.

Additionally, for Google Assistant, there’s an option to agree to use Voice Match: “Allows your Assistant to identify you and tell you apart from others. The Assistant takes clips of your voice, which is only stored on your device(s).”

Final tally: three mandatory agreements to use the phone at all, another two for Google account services, and four additional optional agreements.

Stretching a 1560 x 720 resolution across a 6.4-inch display is rough. If you look closely, you can actually see the pixels of some icons and text. (The smaller 6.2-inch Moto E actually looks better than its pricier sibling, thanks to a slightly higher pixel-per-inch ratio.)

The fact that the G Fast has fewer pixels to push should help battery life, although it’s hard to tell whether the smaller battery will make a huge impact without more extended testing. Motorola promises that the G Fast will last at least two days, at which it handily succeeded. (For another comparison, the G Fast also has the same processor and battery as the pricier G Stylus, but with a less demanding, lower-resolution screen.)

Lastly, the RAM. While 3GB is on the lower side for a modern Android phone, it seems to be enough to keep everything running smoothly, although it’s something you’ll want to keep in mind if you’re planning on heavy gaming or multitasking. (For example, Fortnite — which asks for a minimum of 4GB of RAM — technically works, but looks and runs terribly.)

Everything else about the G Fast — the hardware design, the processor, the cameras, the lack of NFC, wireless charging, or substantial waterproofing — is identical to the G Power. To learn more about that phone, I’ll refer you to my colleague Cameron Faulkner’s excellent review, as it goes into far more detail about the pros and cons of the 2020 Moto G lineup. For my money, the extra $50 is worth the larger battery, crisper display, and extra RAM, but if you’re on a budget, the trade-offs aren’t so terrible that they ruin the experience entirely.

With so many midrange and budget phones with similar specs all so closely grouped together on its lineup, the new Moto E and Moto G Fast are a little hard to parse. It’s a strategy that feels less about building phones on their own merits, and more about building devices to hit specific price points.

And as the cheapest members of Motorola’s family, the new Moto E and Moto G Fast succeed in that regard. Just remember: you get what you pay for.

Photography by Chaim Gartenberg / The Verge.