LG steps away from the specs arms race — but is it one step too far?

I’ve used most of LG’s flagship phones over the past few years. Enjoyed using them, even. But heck if I could pick them out of a lineup. LG has pursued an aggressively bland design language adopted in near-identical fashion by virtually all of its recent phones. The G7, the V40, the G8, the V50, and so on are all fine devices on paper, but they’re only distinguishable if you can remember their specific screen sizes and camera layouts — and even then it’s a challenge.

Whatever the reason for this, it’s not working. LG is hanging onto its distant third place in the US, and it’s a non-entity in many other major markets.

And so now we have the Velvet, a phone that sees LG take completely the opposite approach to its typical idea of a flagship phone, abandoning the long-running G-series altogether. It’s an attempt for the company to be taken seriously as a design leader, as it was in the days of the iconic Chocolate slider in the mid aughts. (LG even managed to restrain itself from including “ThinQ” in the name.) The Velvet is a mid-range phone with mid-range pricing but unmistakably high-end fit and finish.

After using it for a week, I can say that the Velvet truly does not look or feel like any LG phone to date, or any other 5G phone out there. The question is what was sacrificed to achieve this.

Our review of LG Velvet 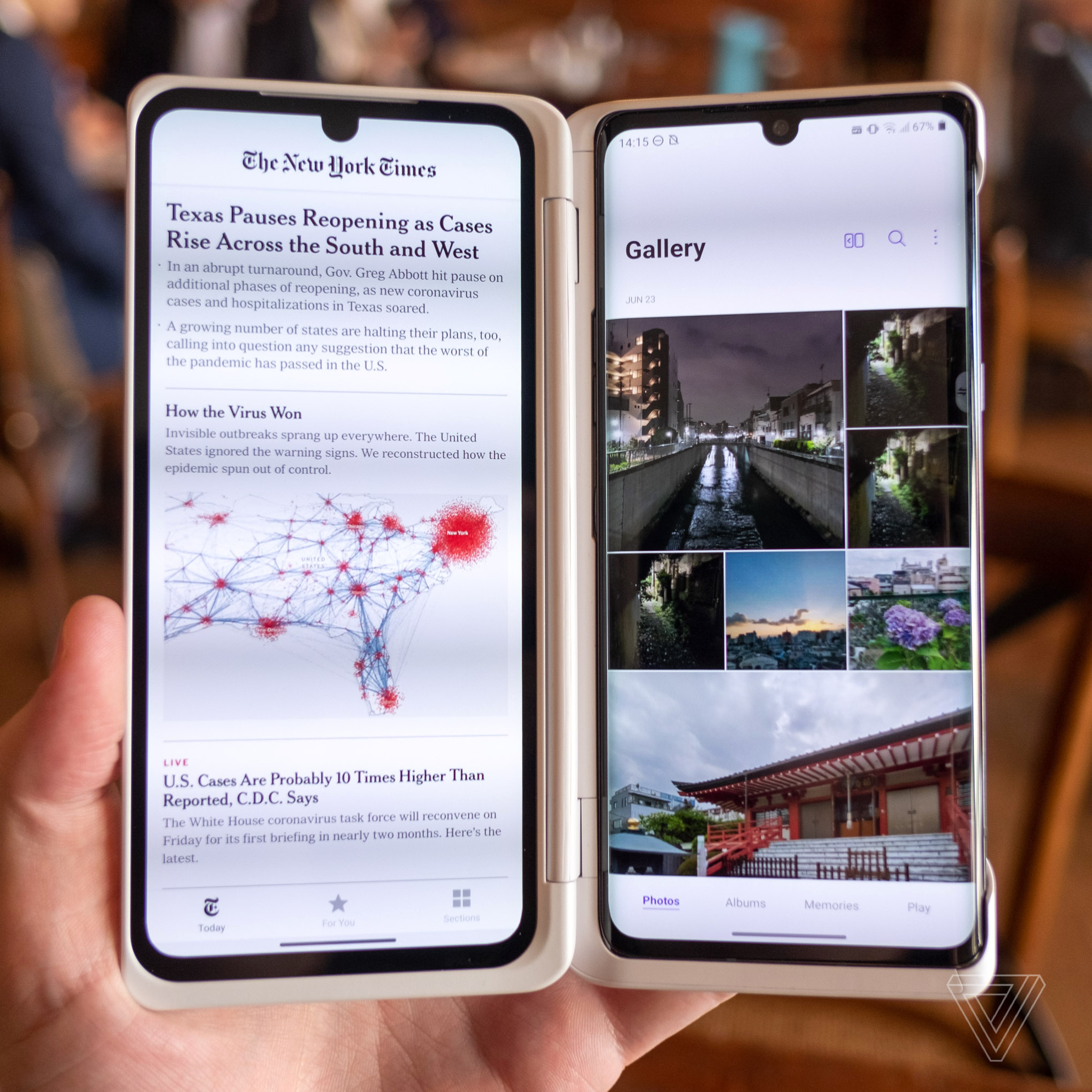 I would normally start a phone review by talking about its industrial design. It’s not all that often that I use phones where the choice of processor has a material impact on its user experience. In this case, though, LG’s decision to go with the Qualcomm Snapdragon 765 (and the slightly faster 765G in the US) informs almost everything about the device.

Just about every flagship Android phone you’ll read about this year will use a Snapdragon 865 system-on-chip at its core. It’s the fastest chip available to Android device manufacturers. But the problem with the 865 is that not only does it not have an integrated 5G modem, Qualcomm mandates that it be paired with a separate 5G modem, which takes up physical space and consumes more power. The upshot is that 4G flagship Android phones effectively no longer exist, and 2020 5G phones tend to be pretty thick and heavy.

The 765 isn’t as powerful a chip as the 865, but it does come with an integrated 5G modem, allowing for a more efficient design. LG’s bet is that by sacrificing a little bit of top-end performance, you’ll get a sleeker phone that’ll still work well with new 5G networks.

The first time you pick up the Velvet, you’ll understand that LG really did go all-in on that bet. This is by far the most attractive phone that LG has made in many years — maybe ever. It’s beautifully crafted from top to bottom, with a strong sense of balance in its curves and lines. Next to most other 2020 Android flagships, its 7.9mm-thick frame feels like something from the future. (Or from the recent past of just a few years ago, when many Android phones were pushing the limits of thin designs.)

I appreciate, though, that this may not show up all that well in photos, particularly since LG sent us this boring “Aurora Gray” fingerprint-magnet version. This is the kind of phone you have to hold in your hand to understand the appeal of. The symmetrically curved glass on the front and back isn’t strictly new, for example, but it adds to the sensation of thinness. While I would not necessarily say LG is breaking new ground here, it’s refreshing in the context of today’s high-end phones.

This is still very much a big phone, however, so don’t go expecting the modest specs to allow for a breakthrough in portability. The Velvet has a 6.8-inch 1080p curved OLED screen with a selfie camera notch and slim bezels on the top and bottom; the top edge is a little thicker than what you’ll find on other phones, but it balances out the “chin” on the bottom.

Although the screen itself looks great, it has a couple of issues. It only runs at 60Hz, which puts it out of step with basically every other premium Android phone this year. I also found that the in-screen fingerprint sensor was slow and unreliable compared to what I’ve routinely used on cheaper Chinese phones for years now, often requiring a second or third press to authenticate.

The Velvet’s screen isn’t class-leading, then, but that’s easier to forgive when you have two of them at once. Depending on your market, the Velvet ships with a new version of the Dual Screen accessory that LG has been experimenting with on its last few flagships. This one is a little more refined than before, though it’s still unavoidably bulky, and the smaller camera cutout on the back makes it harder to remove than ever. I do consider it a strong selling point for power users, though — it’s a great way to multitask, even if I wouldn’t leave it on the phone all the time.

Speaking of the cameras, the minimalist “raindrop” design was a much-vaunted part of LG’s pre-launch hype for the Velvet. There’s one big camera lens at the top, then two smaller lenses and a flash below that evoke dripping water. It does look cool and it’s refreshing not to have a huge camera bump, but all things considered I think I’d rather have a better camera setup.

While the Velvet’s 48-megapixel main camera turns in decent photos most of the time, it often suffers from over-sharpening and it isn’t competitive in low light. Here are a few comparisons with the iPhone 11, which is one of the better cameras in this price segment. 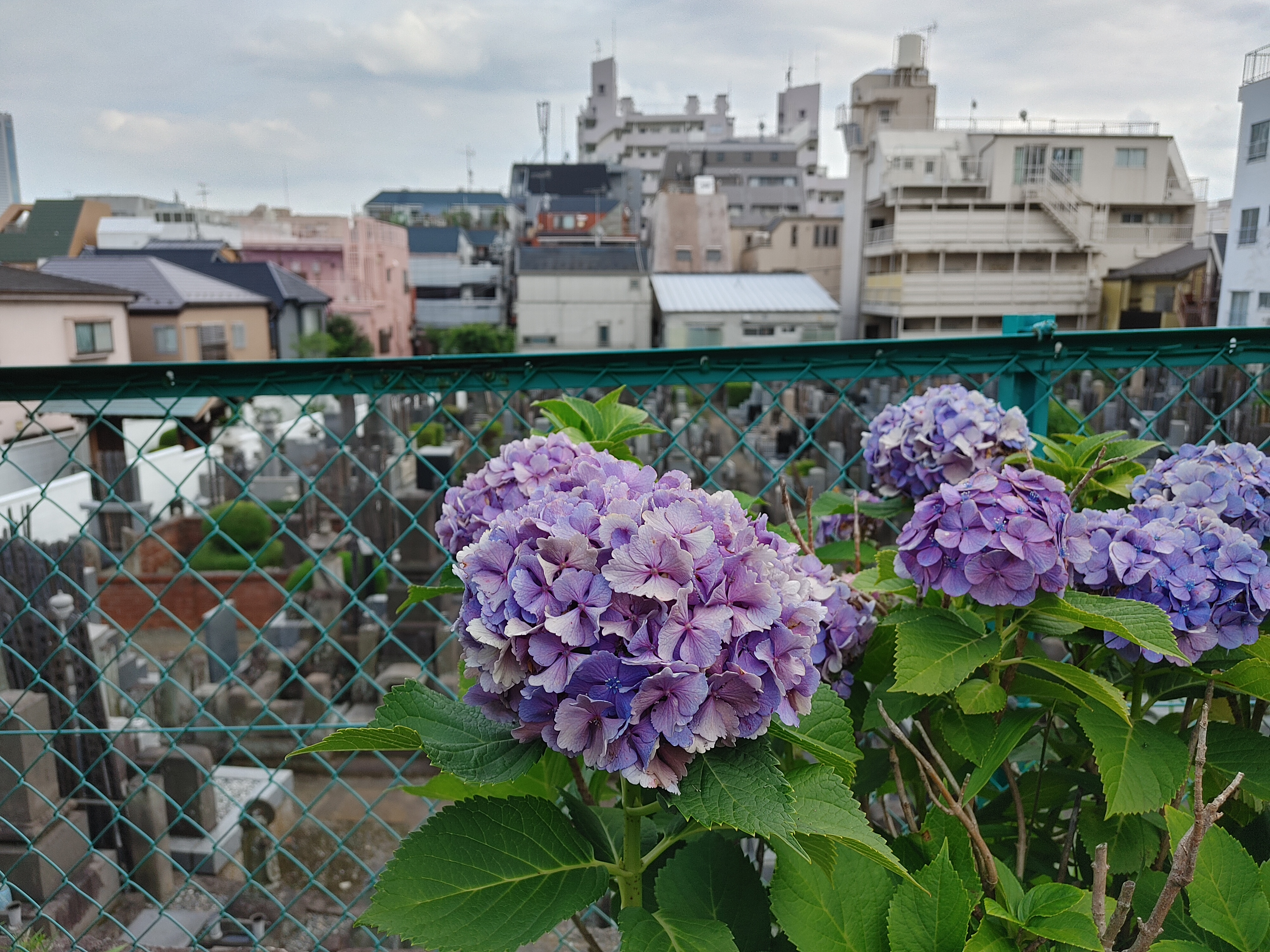 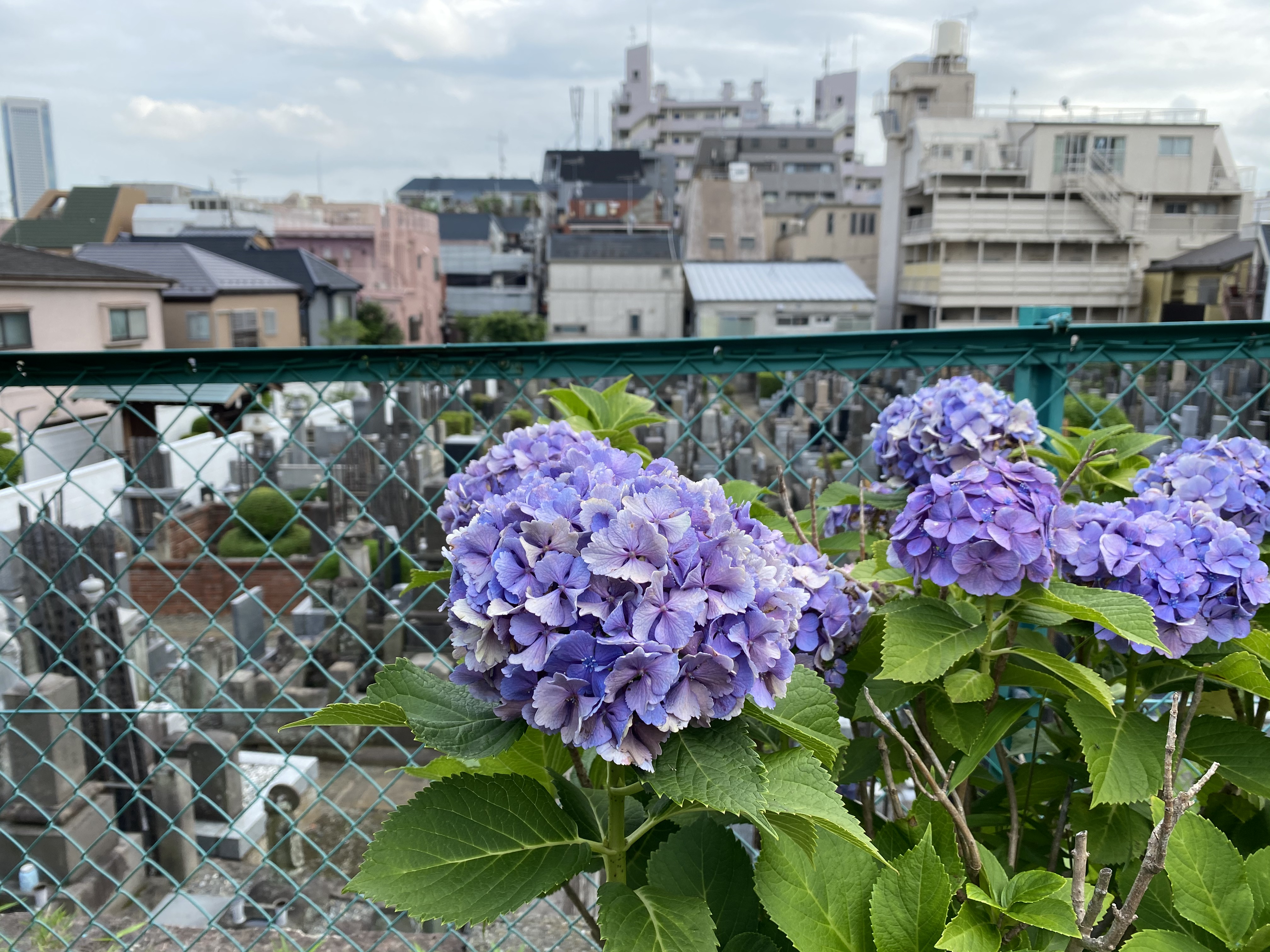 The Velvet ekes out a little more pixel level detail in the flowers, but the colors are very flat. In real life, these flowers definitely looked more like the bluish shades captured by the iPhone. 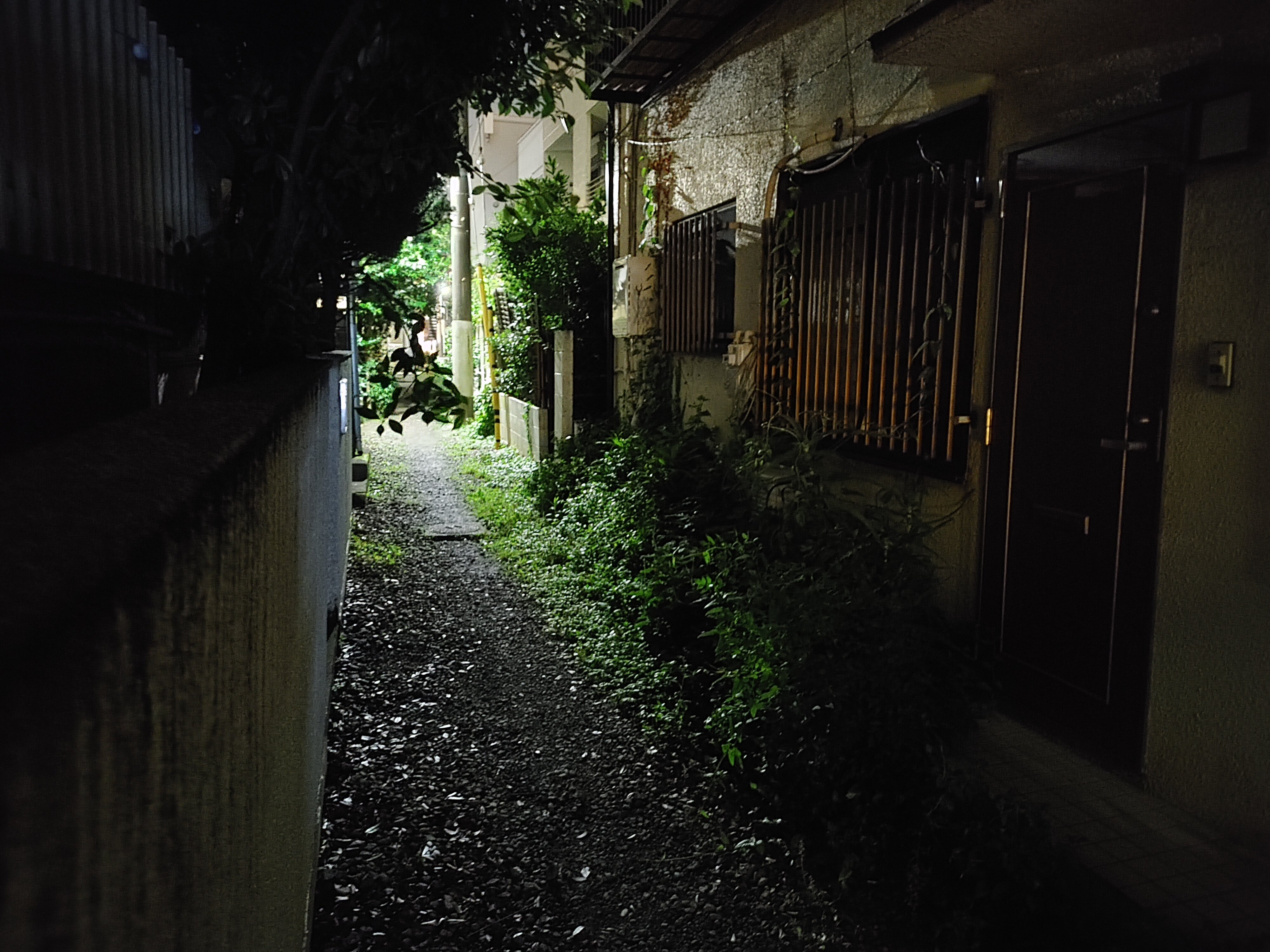 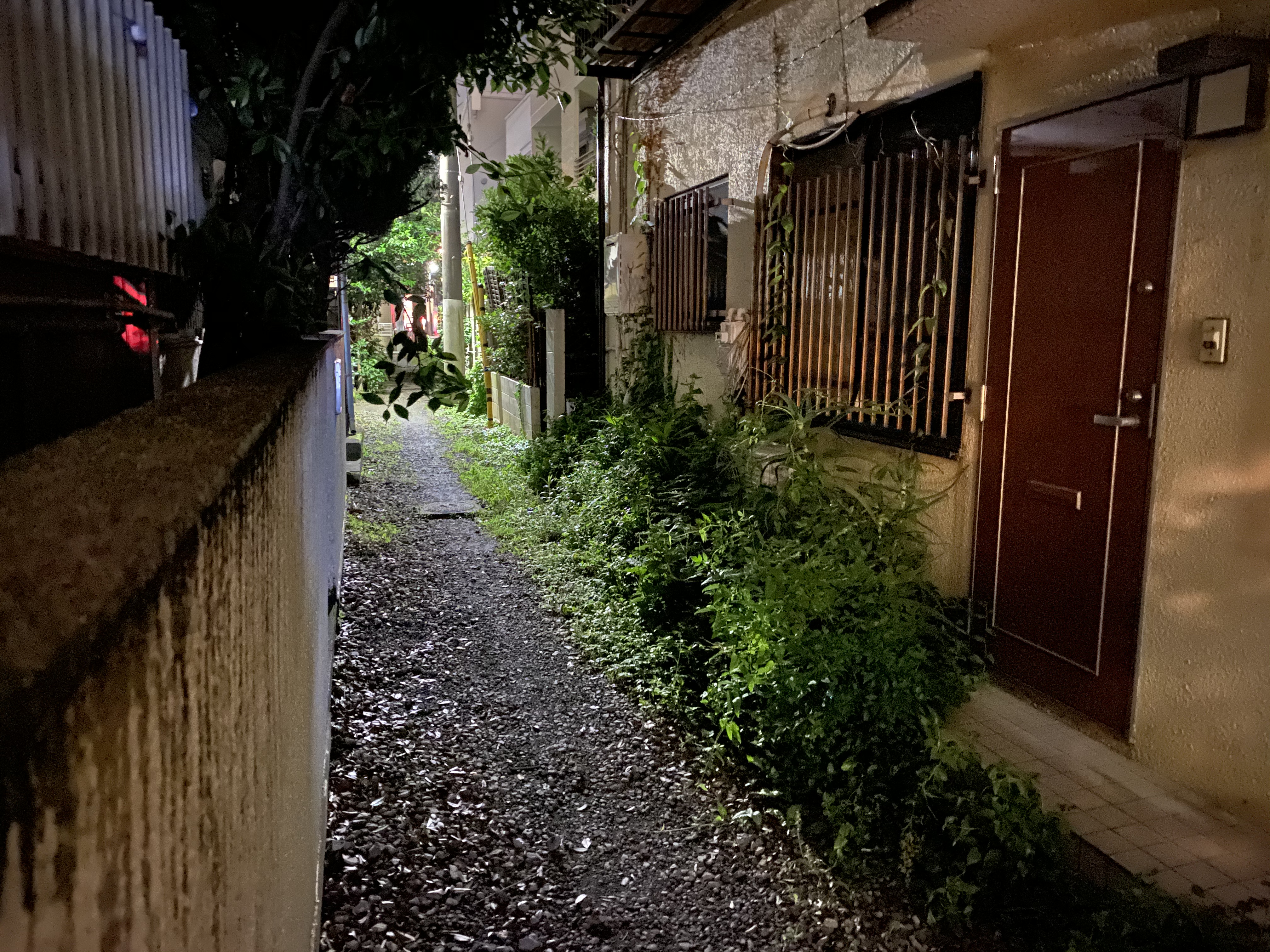 Here are a couple of night mode shots. This was a really dark alleyway, so from one point of view the Velvet shot is truer to life. The iPhone, however, captures both more color and detail despite the longer exposure, which nine times out of ten is what I’m going to want.

The 8-megapixel ultrawide, meanwhile, is disappointing considering that LG was the first major phone maker to ship one all the way back on 2016’s G5. It’ll do the job if you have enough light, but the photos are dim and lack detail. It’s worse than the ultrawide on the iPhone 11, which itself is nowhere near as good as competitors like the Huawei P40 Pro. 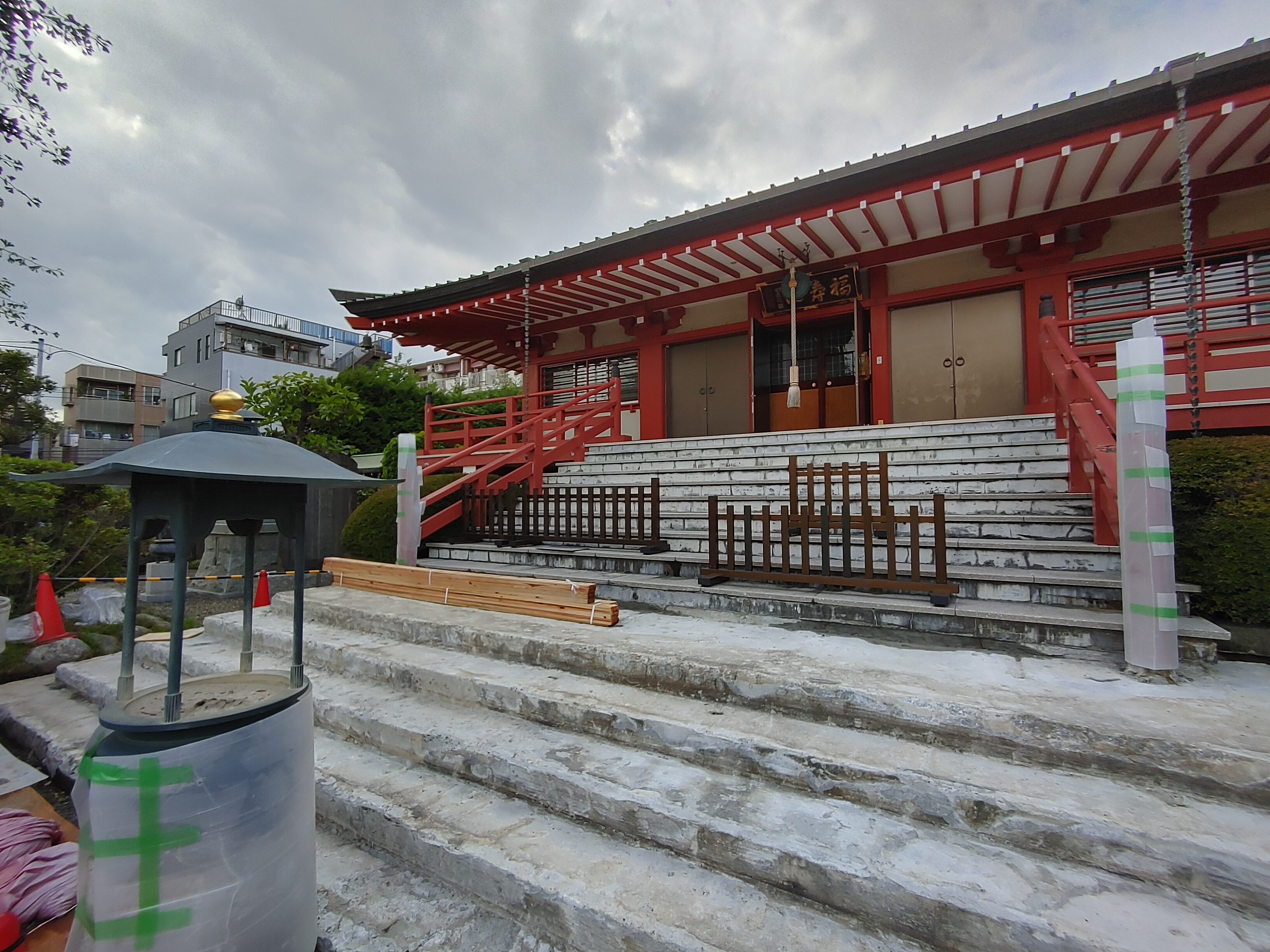 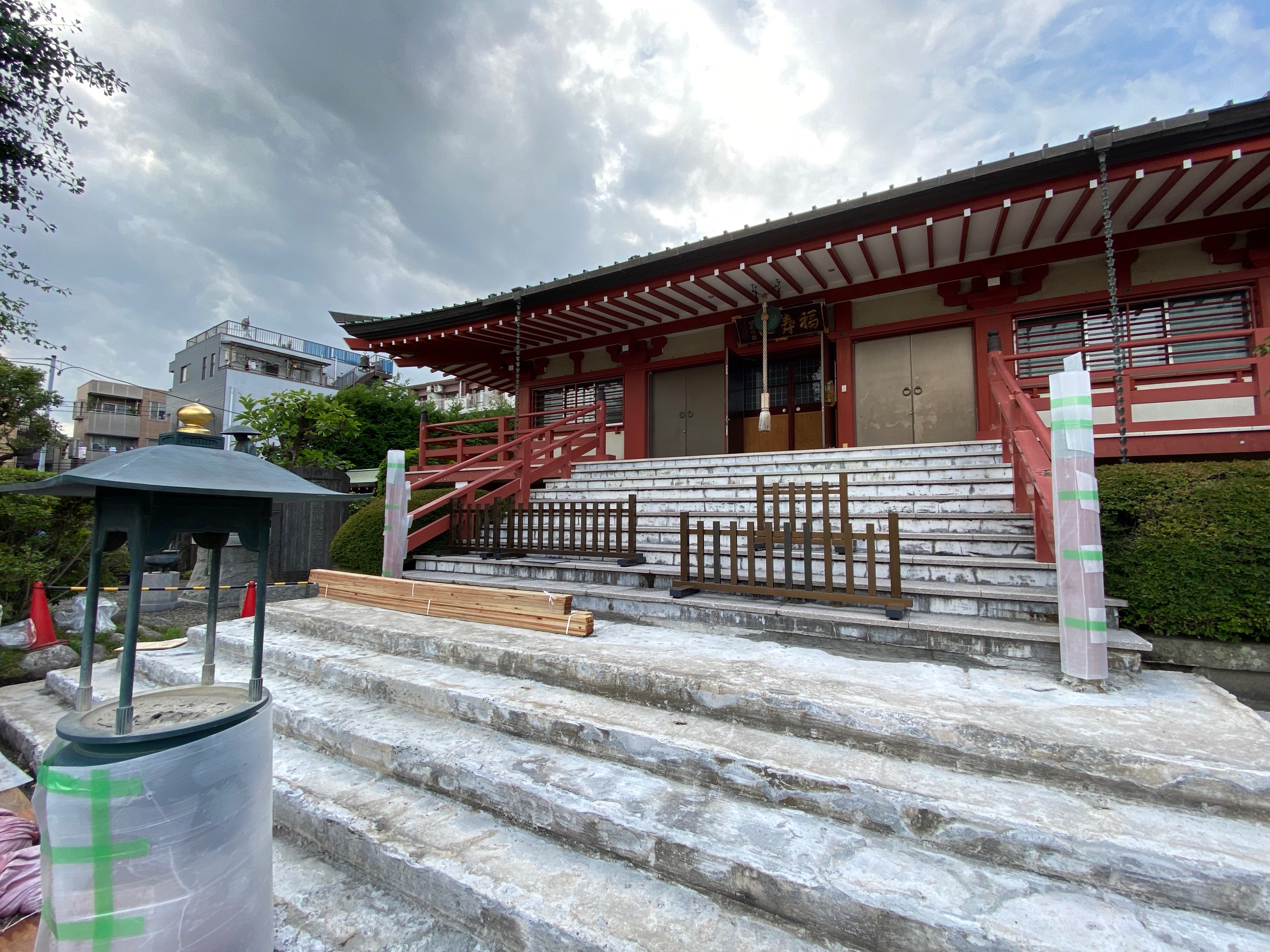 The iPhone does blow out the sun a little here, but its exposure is generally much more pleasing and it captures a lot more detail. The Velvet photo looks like a watercolor painting if you zoom in even a little.

That third lens in the “raindrop” layout is a 5-megapixel “depth sensor” to assist with artificial bokeh, though I’m not entirely sure what difference it made — if any. Other phones are capable of doing this with single lenses, and if LG really wanted to add a third for this purpose I feel like it might as well have been a telephoto.

That brings me to the Velvet’s Snapdragon 765 processor which, as I mentioned before, is the whole reason this phone is the way it is. In general use, I don’t think it represents much of a compromise. Apps load quickly, web pages render as expected, games run fine, and so on. But the Velvet still somehow feels slow, whether it’s the 60Hz display or the stuttery scrolling in certain apps. I don’t know if it’s the chip itself or LG’s software, but it doesn’t match up to other 2020 flagship Android phones.

The Velvet does, however, wring excellent battery life out of the 765. Despite its thin frame, there’s a 4,300mAh cell in here, and it’s been more than enough for me to make it through the day — I wouldn’t have too many qualms about pushing it for two. (Granted, I haven’t been leaving the house all that much.)

There is one final piece of bad news I have to report: the Velvet is LG’s first premium phone in recent memory not to ship with a Quad DAC for high-quality headphone performance. It does still have a headphone jack, at least, but you won’t get that extra boost. While I’m not a hardcore audiophile, I can certainly hear the difference when I switch the Quad DAC on with other LG phones, so I’m a little sad to see it missing here. At least the haptics are still good.

The LG Velvet is an unusual phone that doesn’t really have any direct competitors; it’s an attractive mid-range device in a world of okay-looking ultra-powerful flagships. If you don’t care about screen refresh rates and camera performance as much as you do slick looks and a lightweight design (or a bulky dual-screen case), it could well be for you, particularly if 5G is also a priority.

For everyone else, though, it might be a tough sell. We don’t have final US pricing announced yet, but I think it’ll be hard to recommend if it comes in at more than $600 with the Dual Screen. For comparison, last year’s G8X had flagship specs but a boring design and no 5G; it sold for $699 with a chunkier version of the second-screen case. LG says the pricing will be lower than the Korean version’s ~$750, but ultimately it’ll be set by carriers.

I like LG’s approach with the Velvet. It’s genuinely trying something different after years of making niche flagships, and this is a strong first attempt at a striking new design. Unfortunately, it falls short in a couple of key areas, and I think most people will probably be able to find better options. But between the Velvet and reports of even more experimental form factors, I can at least say I’m intrigued by LG’s phone design again.

The Velvet requires you to accept LG’s EULA and privacy policy as part of the phone’s setup. The same screen contains optional requests to allow LG to log activity, make use of location information, and separately to use that location information for LG’s context-aware My Places feature.

As with all Android phones that use Google software, you’ll also need to sign up for a Google account and to agree to the Play Store’s terms of services in order to download and use apps.

I tested an unlocked Korean version of the Velvet, and that has a couple of extra screens where you need to allow mobile carriers to obtain your information at the request of emergency rescue services. I doubt they will be present in the US release of the phone.