xCloud? Not so much

Earlier this year, my colleague Cameron Faulkner reviewed the Razer Kishi, a smartly designed game controller for Android phones created in collaboration with Gamevice. Now a version for iPhones is here, and it’s essentially the same story — the biggest difference is what it can do.

The Kishi is like two Nintendo Switch Joy-Cons that are permanently attached to each other, collapsing down into an easily portable package. The band between them is elasticized, meaning you can pull them over the edges of your phone and get a snug fit. The iOS version has a Lightning connector on one end and a port for passthrough charging. I tried it with an iPhone 11, but it also comes with adapters for smaller phones like the SE.

Our review of Razer Kishi (for iPhone) 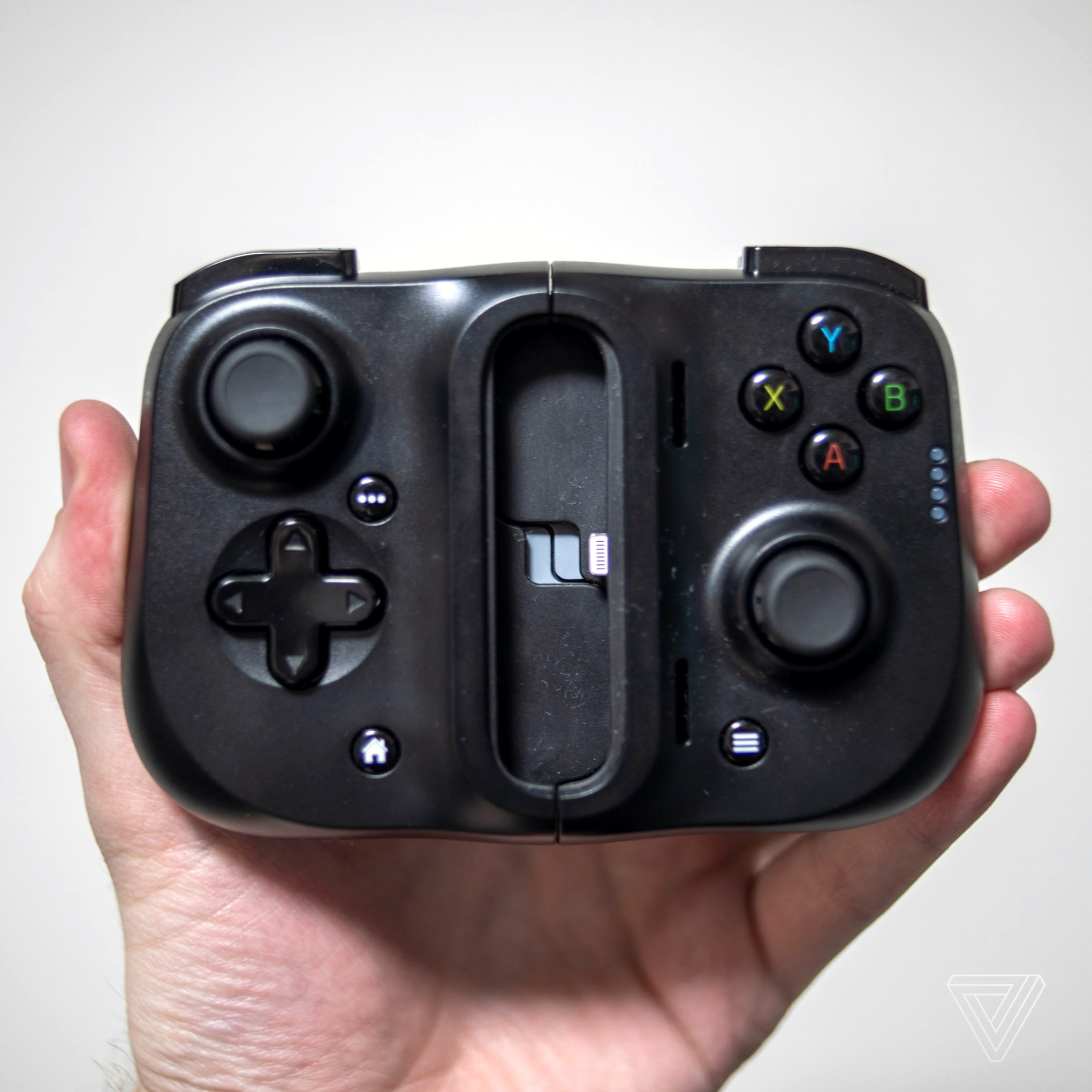 I really like this design. It solves many of the biggest pain points of mobile game controllers: they can be awkward to carry, attach, detach, and pair with your device. The Kishi’s setup is effortless, and the iOS version is MFi certified so it’s instantly recognized as a gamepad by pretty much every game that uses standard controls.

That means it works with, well, a lot of games on the App Store. My go-to time-waster is the mobile version of NBA2K, for example, and I usually play it on the automatic mode where you only occasionally directly get involved with the action through some basic on-screen buttons. With the Kishi controller, though, it’s not all that different to playing the full version on the Switch.

I also tried the Kishi out with the new mobile version of Castlevania: Symphony of the Night, which suddenly becomes an infinitely more appealing proposition. This is a very good $2.99 version of a legitimate classic, but I would never want to play it with a touchscreen — with the Kishi, though, it’s arguably one of the best ways to play the game.

I’ll say here that I agree with what Cameron said about the Android version of the Kishi: it doesn’t feel like a truly premium controller. The analog sticks and triggers are decent, but the face buttons are a little mushier than I’d like, and similarly, I’d prefer more tactile responsiveness from the D-pad. That said, the D-pad is worlds better than dealing with the Switch Joy-Con’s four-button facsimile, and overall, the Kishi does a reasonable job at giving the iPhone a full Xbox-style controller layout.

Would be great for xCloud, but Apple doesn’t allow it

Unfortunately, the comparison with an Xbox controller is less relevant on iOS than Android. Apple’s restrictions around game streaming services like Microsoft’s xCloud means that the iPhone version of the Kishi misses out on a compelling use case. On Android, you can stream Xbox Game Pass games right to your phone and use the Kishi to turn it into a handheld console. Until or unless Apple changes its App Store policies, though, you’ll mostly be limited to games that run on the iPhone itself. (If you have a gaming PC, you can stream Steam games to your iPhone on your home network with Steam Link, which works well with the Kishi.)

One thing Apple does offer over Android is Apple Arcade, the company’s $4.99-per-month subscription service that gives you access to a curated selection of iOS, Mac, and Apple TV games. All of them support touchscreens and are mobile-exclusive to iOS, but many of them also work with controllers in order to run on the Apple TV, and that’s a big boon for the Kishi.

Games like Sayonara Wild Hearts, Oceanhorn 2, and Shinsekai: Into the Depths are just far better on the iPhone with the Kishi attached — I think it makes the service a much more compelling proposition overall. I’m never going to play these games on my Apple TV when I have a PS4 and Xbox One hooked up to the same screen, but if the Kishi’s in my bag, I’ll have much more reason to check them out.

If you’re interested in playing controller-based video games on your iPhone, you should consider the Razer Kishi. It’s selling for $99.99, $20 more than the Android version — which was already expensive for a mobile controller. But it’s by far the best option I’ve ever seen for the iPhone in terms of being a product that I could actually see myself using regularly. The focus is on convenience and ease of use, and I think Razer mostly nailed it.

The biggest knock against the iPhone version of the Kishi has to do with what Apple allows into the App Store — but on the flip side, the way it works with Apple Arcade is one of its biggest strengths. Such is life.