Share All sharing options for: Logitech MX Anywhere 3 review: the best gets smaller

Logitech’s MX Anywhere 3 is the recently released successor to the MX Anywhere 2S from 2017, and the little brother to the MX Master 3, one of the best mice around. It’s smaller, designed for travel, and serves as a nearly perfect compact mouse for anyone looking to be a little more productive, whether at home or on the go.

Logitech’s $99 MX Master 3 is most famous for its fantastic scroll wheel, which the company redesigned last year with a new electromagnetic scrolling system. Almost a year later, the $79.99 MX Anywhere 3 finally brings that same system to Logitech’s smaller professional mouse.

Our review of Logitech MX Anywhere 3 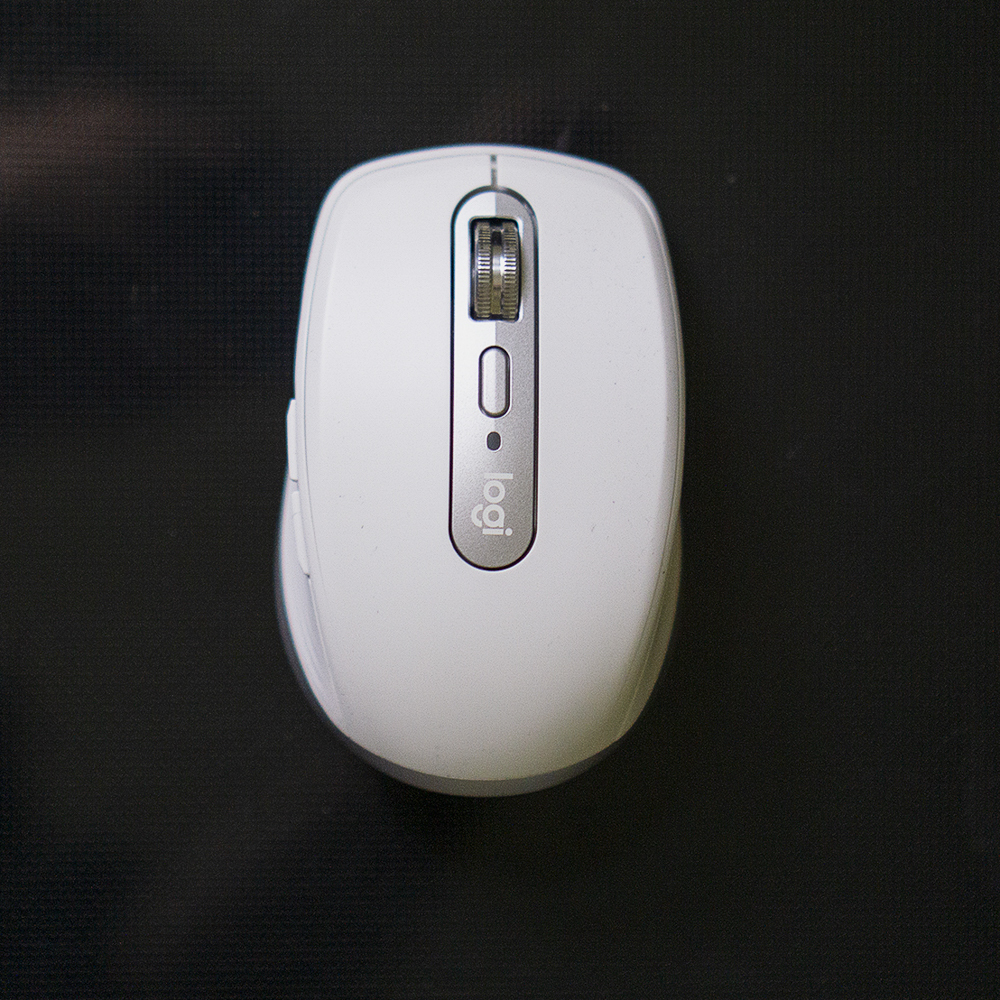 The good news is that the scroll wheel makes the transition to the smaller mouse flawlessly, with the same ratcheting and smooth scrolling modes that offer an unparalleled tactile response and let you fly through your pages or spreadsheets. The MX Anywhere 3 also lets you adjust the resistance, should you prefer even more pronounced haptic feedback.

Logitech says that the battery lasts for up to 70 days, a feat that I haven’t been able to check given that I’ve only had it for a few weeks, but so far, so good. Charging is done via USB-C, and connectivity can be done through direct wire, Bluetooth, or with Logitech’s Unifying USB-A wireless dongle.

The design has also been tweaked on the new mouse, with the grip, button placement, and shape altered ever so slightly to make it more comfortable to hold. It’s enjoyable to use; the side buttons nestled right under my thumb for easy access.

The new model even offers an option to replace one of the biggest missing components from the larger mouse: the lack of a secondary horizontal scroll wheel. While there’s still no secondary wheel, the MX Anywhere 3 lets you hold down one of the side buttons at any time to scroll horizontally using the main wheel. There’s also a few new app-specific software implementations in Logitech’s Options software, including the option to use those two side buttons as hotkeys for muting or toggling your camera in Zoom.

In fact, the only real flaw I ran into with the MX Anywhere 3 is that it’s not the MX Master 3, which still offers a larger, more comfortable grip and that second scroll wheel for $20 more. And while the MX Anywhere 3 does have the edge for portability, it’s hard to recommend a portable mouse given the lack of travel right now.

Still, if you do prefer a more traditional=shaped mouse, don’t mind the missing scroll wheel, or just prefer the smaller size (and price tag), the MX Anywhere 3 is hard to beat.