Apple Watch SE review: pay a lot less to give up only a little

Share All sharing options for: Apple Watch SE review: pay a lot less to give up only a little

Apple’s smartwatch lineup has gone from straightforward to surprisingly complex seemingly overnight. Where we used to have this year’s model or last year’s model at a lower price to choose from, now Apple is selling three distinct Apple Watch models at varying price tiers and with varying options.

In this piece I’m reviewing the one in the middle: the brand-new, but not really new inside, Apple Watch SE. Starting at $279 for a 40mm version or $309 for the 44mm, it’s considerably less than the flagship Series 6 and not that much more expensive than the aging Series 3.

The SE is technically a new model for Apple, but much like the iPhone SE, it’s not exactly new inside and out. Essentially, it’s the same thing as a Series 4 from 2018, with just two minor differences: the SE doesn’t have the ability to measure your ECG, but does have an always-on altimeter. The latter is unlikely to have an impact on your use, while the former might be important to some people. Otherwise, it has the same design, performance, and capabilities as the Series 4.

Our review of Apple Watch SE 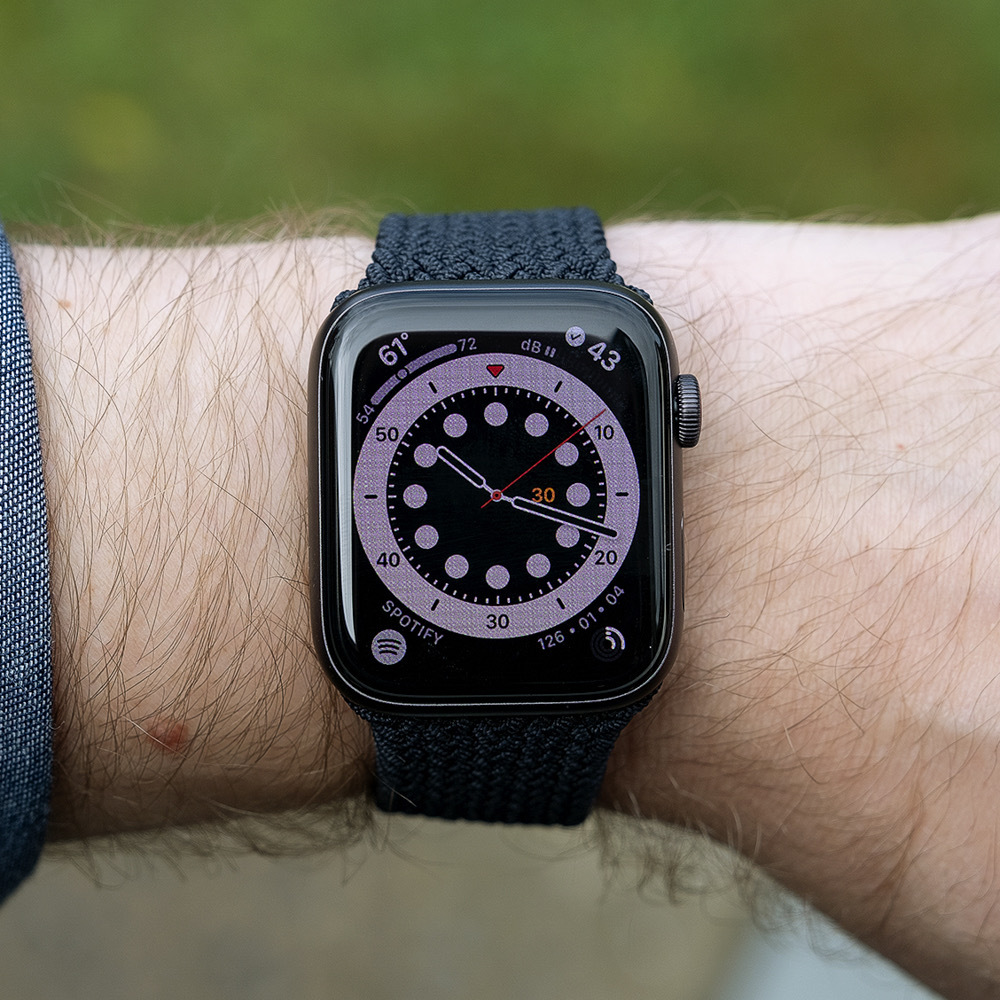 Compared to the Series 6 or last year’s Series 5, the main thing the SE lacks is an always-on display, which allows you to see the time or your notifications without having to tap the screen or lift your wrist up. For me, this is a must-have feature — I think a watch should always function as a watch and tell me the time without any extra work. But it’s not important for everybody, and it does consume more battery life.

The SE also lacks the Series 6’s new blood oxygen monitoring, but as we learned when testing the Series 6, this isn’t a feature you should be concerned with right now. It’s not reliable enough to be used for medical purposes and not practical enough for other uses.

Other differences come down to style and color options — the SE is available in two sizes, three different colors (dark gray, silver, or gold), and with or without cellular connectivity. It isn’t available in the higher-end stainless steel or titanium finishes, and you can’t get the new blue or red color options available for the Series 6. Like other aluminum Apple Watch models, the SE has Apple’s Ion-X glass instead of the sapphire used on the stainless and titanium watches. Ion-X glass is tough, but it’s definitely more prone to scratches and breaking — in fact, I dropped the SE about four feet onto a tile floor during my review period and shattered the top left corner of the screen.

For this review, Apple sent me a gray 44mm model with cellular connectivity — essentially the highest end SE configuration you can buy at $359. I’ve been testing it paired to an iPhone 11 without using the cellular option, though, so my experience is equivalent to what you’d get from the base model.

And, well, that experience has been very good. As expected, the SE performs identically to the Series 4 in speed, responsiveness, and battery life. Apple’s latest smartwatch software, watchOS 7, flies on either model, whether that’s for navigating the interface, launching apps, or using voice commands with Siri. I never feel like I have to wait for the watch to do what I want, which is exactly how smartwatches should function, but frequently don’t.

Battery life is also reliable if not spectacular — I’m able to go about a day-and-a-half between charges with the brightness set at medium. WatchOS 7’s sleep tracking does make managing the battery more annoying, however, and the SE doesn’t have the Series 6’s slightly faster charging capability. It takes a solid two-plus hours to fully charge, and if I’m wearing it while I sleep, that means I have to find time during the day to charge it up. As a result, I end up taking it off and dropping it on the charger multiple times a day — when I’m in the shower, before I go to bed, etc. — to give it micro boosts, which is way more annoying than just charging overnight. Of course, you can just charge it overnight if you don’t care about the sleep tracking features, which are admittedly of limited utility anyways.

All of that means you aren’t giving up a good smartwatch experience if you opt for the SE. You do compromise on some ancillary features, but for the core smartwatch things of getting notifications, tracking your fitness, paying for things, and well, checking the time, the SE does an excellent job, just like any other Apple Watch.

The other significant note about the SE is it’s the most likely model to choose if you want to take advantage of Apple’s new Family Setup feature. I’ll be going into much more depth on Family Setup in another piece, but it’s effectively Apple’s answer to the GPS tracking smartwatches for kids that Verizon, T-Mobile, and other carriers sell. It requires a watch with cellular connectivity, and since the SE is the lowest cost model Apple sells with that option, it’s the most appropriate one to give to a young child.

Overall, if you’re shopping for your first Apple Watch, the Watch SE is a very compelling option. It’s more fully featured than the Series 3 and is likely to be supported with software updates for a longer time, but comes in at a way more accessible price than the flagship Series 6. If you already have a Series 4 or even a Series 3, you won’t find much to justify an upgrade here, though, and will be better off looking at the Series 6 (or just hanging on to your existing watch a bit longer; there isn’t much reason to upgrade an Apple Watch more often than every three to five years).

For Apple, the SE makes a lot of sense. The Series 3 has been wildly popular over the past couple years solely because of how low the price drops during the holiday season (I was able to buy a Series 3 on sale for $199, the same price it sells for now, two years ago) and it’s likely that this year many will opt for the SE, especially as it starts to see discounts throughout the season.

Fortunately for them, they’ll be getting an excellent smartwatch at an attractive price.