A ridiculous, glorious revival of a not-quite-classic system

The Game Gear Micro is portable console as performance art.

Coming off the back of the excellent Genesis Mini, Sega had two choices when it came to reviving the Game Gear, its contemporaneous 8-bit handheld system. It could produce another generous, accessible device that plays well and looks great on a modern screen. Or it could do something else.

Sega being Sega, it did something else. The Japan-exclusive Game Gear Micro is not one console but four, each including four games. Each model has a screen the size of a postage stamp. And while Sega does provide a convenient option to let you play with a literal magnifying glass, the only way to get it is to buy all four consoles for around $200.

This is, obviously, a preposterous consumer proposition. But nostalgic Sega fans in 2020 are not normal consumers. If you’re the kind of person who bought non-functioning plastic 32X and Sega CD add-ons for your Genesis Mini, you will love the Game Gear Micro. It’s a delightfully daft product that has been designed with passion.

The Game Gear Micro has one job, and that is to scream “Sega” out loud using four small plastic gadgets as a megaphone. Most people probably don’t want to hear that. But it does do the job well. 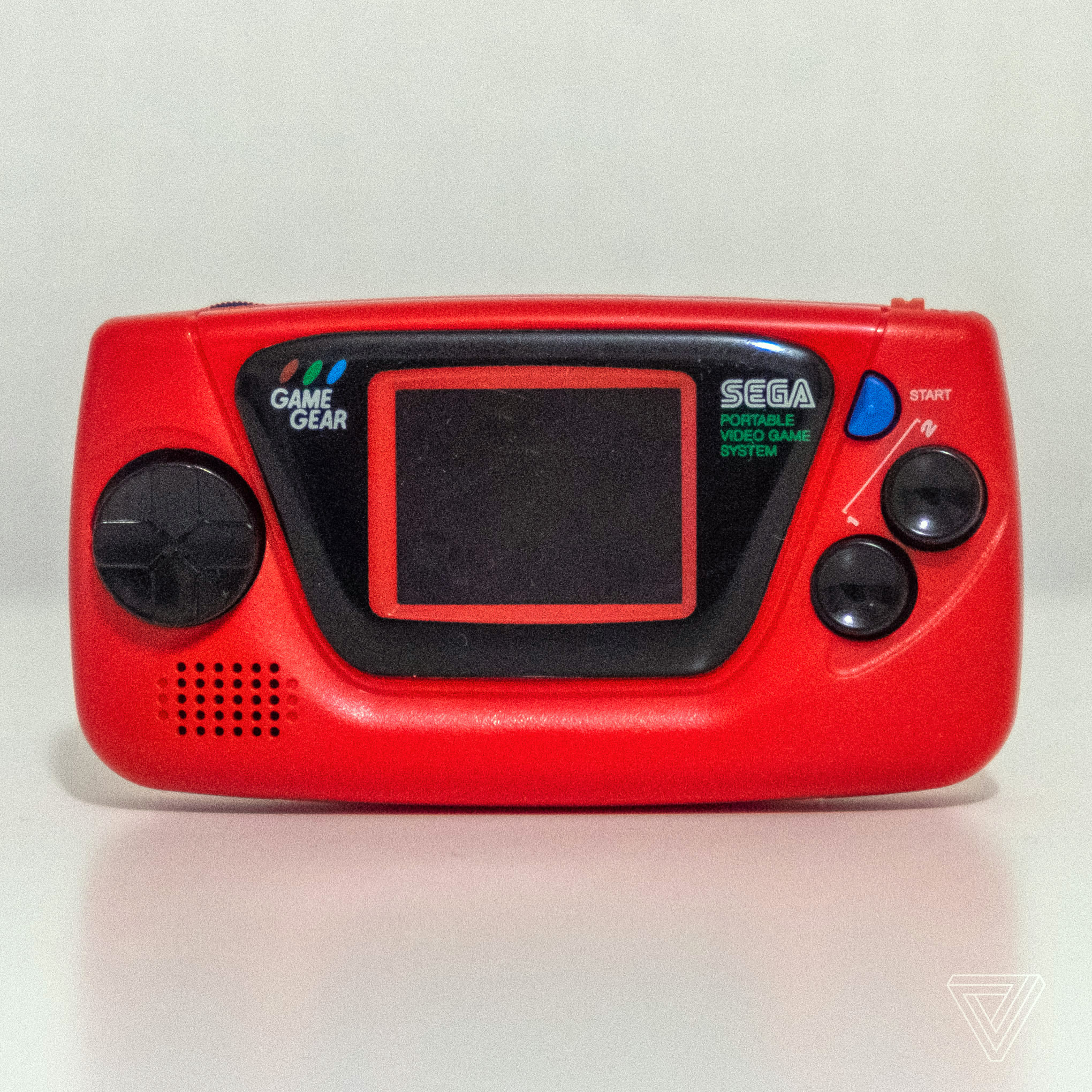 The Game Gear Micro takes the idea of a mini retro console in the most extreme direction yet. At 80 x 43mm, it’s about the size of a Matchbox car. A huge chunk of the device’s volume is taken up by the two AAA batteries that power it — though, thankfully, they last somewhat longer than the original Game Gear.

The attention to detail is impressive, with accurate inscriptions and colors across all four models, and Sega even managed to find room for a headphone jack so you can experience Game Gear audio in glorious stereo. There’s also a Micro USB port to let you play without batteries and a dial to adjust the volume of the mono speaker, which gets quite loud.

I would not consider the Game Gear Micro to be the world’s greatest video game input device, but considering the circular D-pad is smaller than a dime, it’s remarkably usable. The 1 and 2 action buttons are a little wobbly, but they’re so small that it’s hard not to press them with precision.

The screen is surprisingly good for something the size of a cornflake. At 1.15 inches across and 240 x 180 resolution, pixel density is very sharp; this isn’t exactly the same resolution as the original Game Gear, but the scaling looks fine. It’s very bright, and contrast and viewing angles are also more than solid, not that it’d really be practical for more than one person to see the screen at once.

Games aren’t unplayable on the tiny display — I actually found it a lot easier than I expected to see what was going on — but it’s still more comfortable with Sega’s micro-sized resurrection of its old Game Gear clip-on magnification accessory, the Big Window. The resulting image remains smaller than what you’d get with Nintendo’s already-tiny Game Boy Micro, but every little bit does help. It’s unfortunate that Sega isn’t selling the Big Window Micro separately, but the company views it as more of a bonus than an essential accessory.

Would I have preferred a mini Game Gear with a bigger screen and all 16 games preloaded on one unit? Well, yeah. I guess so. But I can see why Sega did things this way. The $50-ish individual units make some sense as a curiosity or an impulse purchase, while the full set will appeal to collectors and is presumably what will justify the project in the first place. I doubt Sega could charge much more than $50 for a single Game Gear Micro, however many games it included.

The Game Gear was not a very successful system. It was one of many challengers that got obliterated by the Game Boy, and its library is pretty limited. There are lots of ways to play Game Gear games if you really want to, whether it’s through the 3DS Virtual Console or less official means like the countless open-source emulator handhelds out there. Unfortunately, there probably wouldn’t be much of a market for a conventional mini Game Gear.

Personally, I like what Sega has done here. It’s such a weird, unbelievable product that I can see hardcore Sega fans at least wanting to pick one of them up. The question is which to go for.

If you’re going to go to the trouble of importing one, I think most players outside Japan would be best off getting the black or blue models. Or maybe the red one if they’re really good at Shinobi.

The system software is very simple. There’s a Game Gear splash screen when you turn it on, a home screen with four game icons, and an options menu that contains little more than staff credits, open-source licensing information, and the ability to reset system data. The only data there is to reset is your save state files, which you can use by holding down the start button in-game.

Emulation is handled by M2, the developer that Sega often works with on retro game projects like the Mega Drive Mini and the 3D Classics series for the Nintendo 3DS. The functionality is pretty bare-bones, but there are some neat touches like a variety of Sega-themed screens that pop up when the battery gets too low.

Some of the games themselves have been tweaked for the system. M2 was actually the developer behind Gunstar Heroes for the Game Gear, for example, and it added an Easter egg where you can activate a flickering technique that the team originally designed for the Game Gear’s blurry screen. Other games have had easy modes or cheat codes programmed in. M2 is one of the best studios in the world at reviving games and updating them in ways that don’t compromise the original experience, and the Game Gear Micro is another good example.

The Game Gear Micro is clearly an absurd product. But it’s also a charming and endearing celebration of Sega history. No one’s going to play through three full Shining Force games on this thing, but the point is that you could. The hardware is adorable, and the fact that games actually run well on it is almost a bonus.

But it’s also extremely niche, not to mention expensive and wasteful if you want the whole set. It is objectively silly to buy the same console four times to play 16 8-bit handheld games. I expect most casual Sega fans with an interest in exploring the Game Gear’s library will write the entire project off as a cynical cash grab, which would be understandable.

For something to be a cynical cash grab, though, it needs to be, well, cynical. The Game Gear Micro isn’t that. It’s a self-aware passion project developed with care and quality to a fault. Supporting Sega through history is like supporting a bad football team: relishing in perpetual failure is almost part of the appeal. And what could be more Sega-like than a lavishly undersized re-creation of a failed handheld system that was better known for eating batteries than playing good games?

The Game Gear Micro is peak Sega. It’s hard to imagine a less essential device. But if there is a place for Sega in your heart, you should consider getting your hands on one... or two.

How to fix Deathloop ‘stuttering’ issues on PC

Now the SEC is investigating Activision Blizzard too