Amazon’s latest entry-level smart speaker has a new design, but few other improvements over the last model

Share All sharing options for: Amazon Echo Dot (2020) review: have a ball

Amazon may get more attention for its higher-end Echo speakers, such as the Echo Studio and the new 4th Gen Echo, but the humble Echo Dot is by far the most popular speaker in the lineup. The 3rd Gen model, released in 2018, has proven to be an excellent little smart speaker, and with Amazon’s frequent and aggressive sales, you can pick one up for a song, making it easy to put the Alexa voice assistant in every room of your home.

So it’s no surprise that alongside the big redesign to the 4th Gen Echo, Amazon has also redesigned the Echo Dot. The new 4th Gen Dot shares the new spherical design of its larger sibling, just on a smaller scale. It’s immediately available in three different variations: the standard model for $49.99, a version with a built-in LED clock for $59.99, and a Kids Edition that comes in a cute tiger or panda design for $59.99.

But while the new Echo came with improvements across the board in terms of sound quality, features, and design, the Echo Dot’s improvements are smaller. And in some cases, it’s a regression from the prior model.

Still, the 4th Gen Echo Dot remains an excellent budget smart speaker, even at its full price. And with Amazon’s near constant sales, you’ll likely be able to get one for even less. 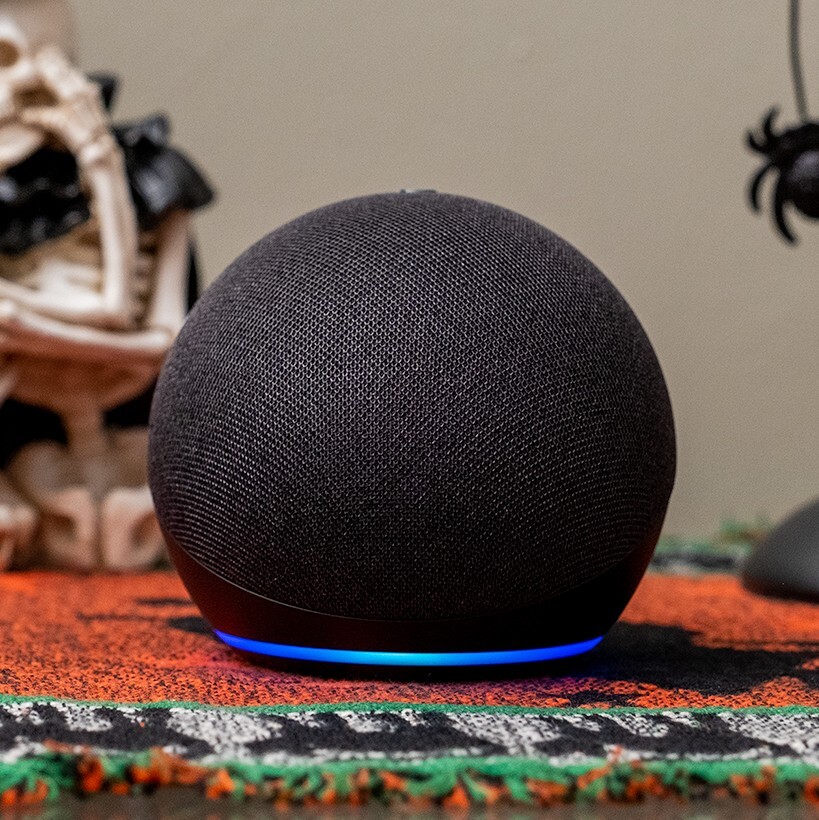 The most obvious update here is the Echo Dot’s new shape. Just like the full-size Echo, the new Dot is shaped like a ball that’s lost some air, so it has a flat side that prevents it from rolling off of a shelf. Half of the sphere is covered in fabric, with the bottom hemisphere a matte plastic. At about 3.5 inches tall, it’s about the size of a softball and twice as tall as the old, hockey puck design. (It appears that Amazon’s designers are inspired by sports equipment.)

That new design is a double-edged sword. It’s arguably more interesting to look at and shakes up the preconceptions of what a smart speaker can look like. It also provides slightly better sound performance from the same 1.6-inch speaker that’s mounted inside.

The new design comes with some notable compromises

But the new model is definitely less discreet than the prior generation, and its taller size means it’s harder to mount on a wall. There’s a whole cottage industry of plastic mounts available (on Amazon, of course) that let you mount the older Echo Dots right to a wall outlet, which is ideal for rooms with limited shelf space, such as a bathroom. But the new model’s larger size means doing this will be much more awkward than before. Fortunately, it appears that the 3rd Gen model will be sticking around for a bit, so if you plan on mounting, that’s the one to go with.

You can get the standard new Dot in three different colors — dark gray, light gray, and a light blue — though for some reason all three colors come with a white power cord, which is annoying if you buy the darker model. You can use the power adapter from the 3rd Gen model if you are upgrading, however.

Like on the new Echo, the signature LED light ring that illuminates when Alexa is listening is on the bottom of the Echo Dot, as opposed to the top in prior models. In practice, this hasn’t made much of a difference — I can still see it from across the room and it reflects off of most surfaces, so it’s plenty bright. The only challenge is the light ring can be hard to see when adjusting the volume using the buttons on top. The new Dot also maintains the 3.5mm line out that lets you hook it up to a larger speaker, though it doesn’t function as a line in for other audio sources like the full-size Echo offers.

Sound quality on the new Echo Dot is better, but not dramatically so

In terms of sound quality, the new Dot is not as much of a leap forward as the new Echo. It is better-sounding than the 3rd Gen model, but only slightly — you really have to be comparing them side by side to notice the difference. The sound is a little more full and there is slightly better soundstage thanks to the dome-shaped design, but the speaker is the same size and power as before and it doesn’t support stereo like the Echo. You can pair two Dots into a stereo configuration, just like before, but you can’t do it across generations — you’ll need to buy two 4th Gen models for a stereo setup. The new Dot also doesn’t do the real-time room tuning of the larger model, nor does it have Dolby Audio processing.

The fact that the sound isn’t greatly improved is not a bad thing. The 3rd Gen model sounded shockingly good for its price and size, and the new model is much the same. It can get surprisingly loud; is pleasant to listen to for music, audiobooks, podcasts, and interacting with Alexa; and is ideal for smaller rooms. The obvious thing it’s lacking is bass response, but otherwise the Echo Dot sounds fantastic for what it is and I prefer it over Google’s similarly priced Nest Mini. We’ll have to see how well Apple’s more expensive but similarly sized HomePod mini compares when we get a chance to test it. The main takeaway, though, is that you shouldn’t upgrade from the 3rd Gen hoping for a significant leap in sound quality, it’s just not there.

Of the new Echo Dot variations available, my favorite is the one that comes with the LED display built into it. It’s great for a nightstand, where you can use it as a smart alarm clock that you program by voice. The LEDs show the time by default, but they can also display the current outside temperature when you ask for it, or show the volume level from one to ten as you adjust it. It’s just enough information that it isn’t distracting in a bedroom and it doesn’t come with the added privacy concerns of a smart display that has a camera. (The privacy concerns that come with an always-listening microphone remain, of course.) You can even tap the top of the Dot to snooze the alarm, which I find easier to do on this than with the similar feature on Lenovo’s Smart Alarm Clock models. (All of the new Echo models support this, including the full-size Echo and the standard 4th Gen Echo Dot.)

The Kids Edition Echo Dot is by far the cutest smart speaker I’ve ever seen, with its tiger or panda designs and softball size. It comes with a year of Amazon’s Kids Plus service (formerly known as FreeTime Unlimited) that provides access to kid-friendly audiobooks, skills, and games, as well as an array of parental controls. Amazon will also replace the Kids Edition for free within two years of purchase if your kid decides to drop kick it or play baseball with it. I personally am not inclined to put a smart speaker in my kids’ bedrooms, but if I were to, the new Kids Edition Echo Dot would be the one to do it with.

The Echo Dot remains my recommendation for an entry-level smart speaker. It provides excellent sound quality relative to its price and size; has access to all of the things Alexa is capable of, including playing music from a variety of streaming services, controlling smart home gadgets, setting timers and alarms, and even functioning as an intercom between rooms; and is easy to stick in most rooms. It’s also priced low enough that you can purchase multiple Dots and scatter them throughout your home or pair them in stereo configurations, especially when Amazon runs one of its frequent sales.

The Echo Dot remains the budget smart speaker to get

But I’m not happy with the regression in versatility compared to the prior model. Sure, the new version does sound slightly better thanks to its new design, but that design comes with some real compromises in where you can put the new Dot. While the 4th Gen Echo saw massive leaps in sound quality thanks to its spherical design, switching from a compact cylinder to an awkward orb doesn’t provide those returns here. This shape just makes less sense for the Dot.

If the new shape is a road block for how you plan to use the Dot, I’d recommend picking up the older model before it fully sells out. For everyone else, the new Echo Dot is the budget smart speaker to get.

In order to use the Amazon Echo Dot, you’ll need to download the Alexa app for iOS or Android. An Amazon account is required to sign in. By signing up for one of those, you must agree to its conditions of use.

You can explore the documentation at that link, but below, we’ve listed the 12 terms to which you must agree.

In addition to the standard Alexa features, you will have to agree to whatever terms of service are required for your preferred music service, whether that’s Amazon Music, Spotify, Apple Music, or something else.

Final tally: 13 mandatory agreements and more optional agreements depending on what music services you use.