It’s not the best iPhone for most people, but it’s going to be a favorite for many

If you asked me which of the four different models of the new iPhone 12 you should buy without providing any further context on your needs or desires, I would tell you to buy the regular iPhone 12 without question. It has the best balance of screen size, storage, cameras, battery life, and value. It is, in my opinion, the best iPhone 12 for most people.

But the iPhone 12 mini is my favorite.

For the first time in many years, Apple is making an intentionally small phone. The key, though, is that unlike other small phones, Apple isn’t putting worse parts in it. The iPhone 12 mini has all the same features as the larger iPhone 12. It has the same cameras, same processor, same everything save for two things: screen size and battery life.

Our review of Apple iPhone 12 mini 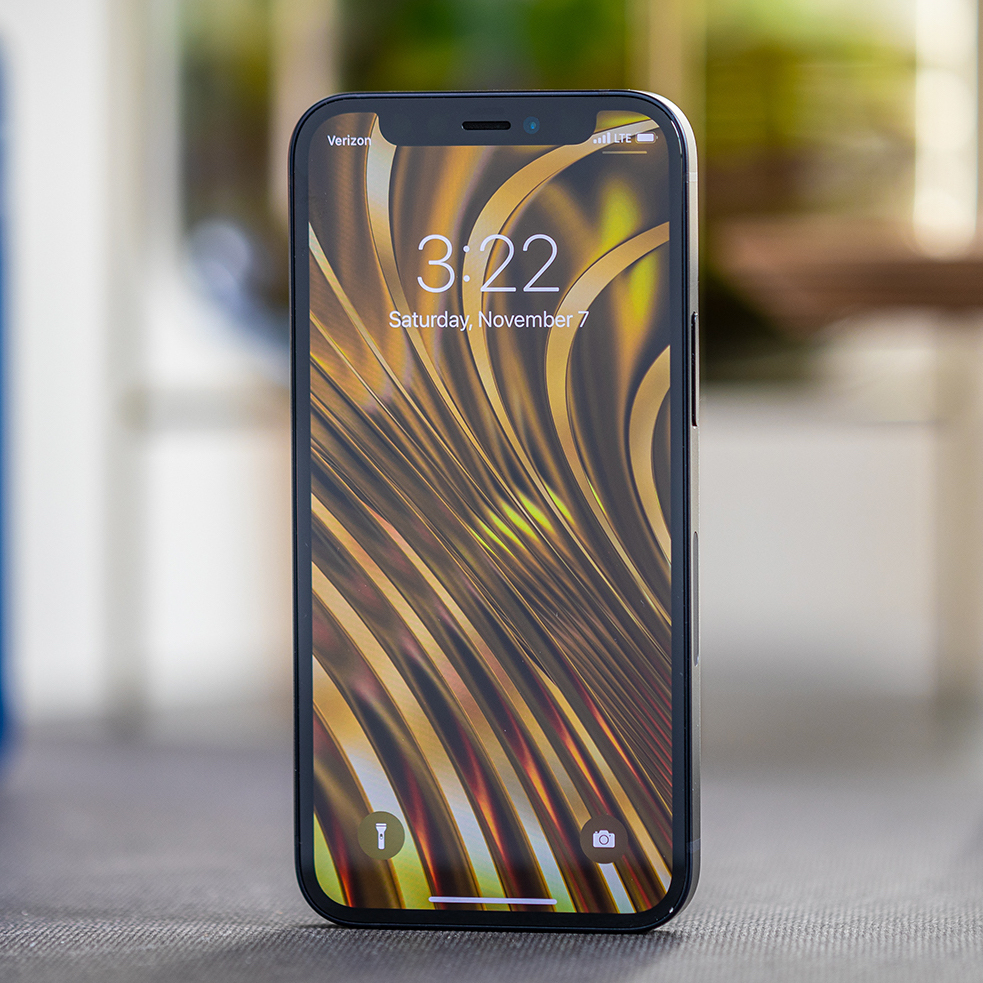 It’s traditional to refer to phones by their screen size and for the iPhone 12 mini, that number is 5.4 inches diagonally. But that number doesn’t tell the story at all. The phone is smaller than the traditional 4.7-inch-home-button iPhone design we saw from the iPhone 6 on through the 6S, 7, 8, and 2020 SE models, even though the screen itself is larger.

That’s because the 12 mini, just like the rest of the iPhone 12 line, has switched over to Apple’s more modern OLED screens and Face ID notch for unlocking. Those two features allow Apple to design the phone with minimal bezels and maximal screen.

Despite the smaller screen size, you don’t miss out on as much as you might expect. Compared to the regular iPhone 12 with a 6.1-inch screen, there are maybe one or two lines of text that are cut off. What you actually miss out on is that sense of immersion you can get from a bigger screen when you’re playing a game or watching a movie. Those were the only times this screen felt cramped.

If there is a knock on the screen, it’s that it doesn’t offer a high refresh rate like many Android phones — including the Pixel 5, which isn’t too far off from the iPhone 12 mini’s size. I’m more annoyed that the Pro iPhones don’t have it, though — here on the mini, I think battery life is more important.

To me, the iPhone 12 mini is most reminiscent of the iPhone 5. Yes, it is bigger and has a glass rear panel instead of aluminum, but it shares the squared-off aluminum sides and general feeling of being an object that was designed to be proportional to your hand. This is a phone that you can get a grip on, literally.

The phone feels well built, with tight tolerances and subtle touches like carefully beveled edges. The rear glass is glossy and the rails are matte — on our black review unit the rails have a kind of slate finish instead of being true black. The camera bump on the back and the Face ID notch on the front are proportionally big compared to the smaller size of the phone, but not annoyingly so.

It has a much, much better chance of fitting into small pockets — the kind that are all too common on pants designed for women.

As a man with big pockets and big hands, I do not have the strongest feelings about why it’s been so frustrating not to have a small iPhone option. But I sympathize with those who do and agree with the sentiment 100 percent — I’m glad Apple recognized it and I hope other phone companies do what they often do and follow Apple’s lead.

Apple chose to make the iPhone 12 mini hew closely to the features and specs of the regular iPhone 12. It’s a laudable goal, but as I used it I found myself second-guessing that decision a little bit.

It’s corny to say I’m impressed by how much Apple packed into such a small space — but I am. The iPhone 12 mini has the fastest processor on any phone, it has the same dual-camera system as the iPhone 12, and most remarkably it has all the components and antennas necessary for both sub-6 and (in the US) mmWave 5G. It is fast, multitasks well, and doesn’t feel like a compromise when you use it. It really is an amazing feat of technology.

Battery life is a noticeable step down; you’ll need to pay attention to it

I don’t want to sugarcoat it nor be overly dire about it, but the battery life on the iPhone 12 mini is noticeably worse than on the iPhone 12, which itself was a step down from the battery-champ iPhone 11. For me, it’s good enough, but it does mean I’m already using it differently than I use bigger phones.

Without making any effort at it, I have consistently drained the iPhone 12 mini’s battery by early evening. I’d say it’s fair to expect the 12 mini to clock up something near four hours of screentime with stuff like web browsing, Facebook, and taking photos. Intense games give you a chance to watch the battery percent tick down minute by minute.

So it’s not bad, but it’s definitely not great. My feeling after a little less than a week is that getting through a day requires a little bit of battery management. Holding yourself back from putting an hour into an Apple Arcade game, knowing where your next opportunity to charge might be, and above all being more willing to turn on the low power mode.

Of course it works with Apple’s new magnet-based MagSafe system for cases and wireless charging. Using MagSafe, the iPhone 12 mini maxes out at 12W wireless charging instead of the 15W you get on the larger iPhones, but since the battery is smaller, the overall charge time ends up being about the same.

Exactly how small is small? Apple never provides exact battery size specs — and I get the reasoning even though I disagree with it. Lots of factors affect battery life, and the iPhone 12 mini has the benefit of a smaller OLED screen. But it also has 5G.

The reality of 5G in the US continues to be very different from the hype. It’s radically dependent on which network you’re on and what part of the country or city you’re in. Often the speeds are equivalent to LTE. If you stand out on the right street corner and get mmWave, you can indeed get speeds that are astonishing — until you walk down the street and they drop back to the same LTE we’ve used for years.

I often have to remind people that phone design isn’t inevitable. Apple chose to keep this iPhone 12 mini the same thickness as the iPhone 12 and it chose to keep the extra parts necessary for mmWave 5G. I would rather lose both of those things in exchange for a bigger battery.

The iPhone 12 mini has the exact same camera setup as the regular iPhone 12. There’s the 12-megapixel main wide-angle camera with a f/1.6 aperture for letting in more light paired with a somewhat worse 12-megapixel ultrawide camera. Unlike the Pro models, there’s no telephoto lens nor a LIDAR sensor.

I am happy to report that the results are just like the specs: the same. The iPhone 12 mini reverts to Night mode less often than even the iPhone 11 Pro and the Pixel 5. Apple has made some improvements in image processing this year with its A14 Bionic processor that results in more detail in more lighting conditions (aka the Deep Fusion “Sweater Mode”).

It’s a very good camera system, and that’s not usually something I get to say when I’m talking about a smaller phone. Usually smaller means cut corners and the camera is often the place where those corners get cut. Not so here: video is excellent at handling different lighting conditions, portrait mode is usually more than good enough for Instagram, and you can trust the camera to take the photos you expect when you tap the shutter. And you can expect them to get saved quickly.

Next year, though, I hope Apple pays a little more attention to the secondary camera sensors. The selfie camera is fine, but it’s increasingly disappointing compared to the advances on the main camera.

I can take some dramatic shots with the ultrawide — the tree you see above is objectively boring but looks dope with this lens. Still, if you zoom in even a little, you can see that on a technical level the ultrawide is also far behind the main sensor.

As I said above, I don’t have ergonomic reasons to need a smaller phone. My advice for most people is to get the regular iPhone 12 for its better battery and bigger screen.

And yet, I love the iPhone 12 mini. It is my favorite of the new iPhone 12 models. Despite real concerns with the battery, it’s the one I have decided to get for myself.

For me, the reason to prefer the iPhone 12 mini is hard to state in words, but I’ll give it a shot. With every phone, you can tell what it was designed around. There’s some key feature that everything else has to contend with, that sets the hardware narrative. For many years now, that feature was the screen. Making it big, bright, beautiful, and bezel-less was the big thing driving phone design, and all other considerations were secondary.

The iPhone 12 mini feels like the first iPhone in a long time with a different goal. It was designed around the human hand and real pockets. It is an object that doesn’t aim to be judged against other smartphones (which are mostly big now), but to be judged simply as an object you need to hold. You judge a spatula or can opener or whatever by whether it’s easy to grip, by whether it fits in your hand. It’s about time we got back to judging smartphones that way, too.

That design decision means that other things — like battery life — are secondary. But it’s nevertheless a strange kind of relief to hold it. You know the feeling when a buzzing noise you’d grown accustomed to suddenly stops and you realize you’ve been annoyed all day but couldn’t say why? It’s like that.

Whether we admit it or not (and whether we hate it or not), we’ve subtly been adapting ourselves to ever-growing phone sizes. The iPhone 12 mini is adapted to us.

Apple iPhone 12 Pro review: ahead of its time

Apple iPhone 12 Pro Max review: the best smartphone camera you can get

These agreements are nonnegotiable, and you cannot use the phone at all if you don’t agree to them.

The iPhone also prompts you to set up Apple Cash and Apple Pay at setup, which further means you have to agree to: