Warehouses are moving closer to neighborhoods and bringing pollution with them

You might not see it each time you make a purchase, but online shopping takes up a lot of space in the real world. The number of warehouses built to keep e-commerce running smoothly is growing quickly, and they’re creeping closer to neighborhoods in order to meet consumers’ expectations for quick deliveries.

Online shopping has changed the landscape

These images taken by satellite show how dramatically online shopping has changed the landscape of one county in California. I grew up in this county, and I’ve seen that transformation happen in person. A lot of the stuff that Americans buy passes through here. The nearby ports of Los Angeles and Long Beach handle about 40 percent of all goods Americans import. Once it gets off a ship, most of that stuff is quickly sent inland to “dry ports,” another term for warehouses and distribution centers that sort packages and send them off to their final destinations. 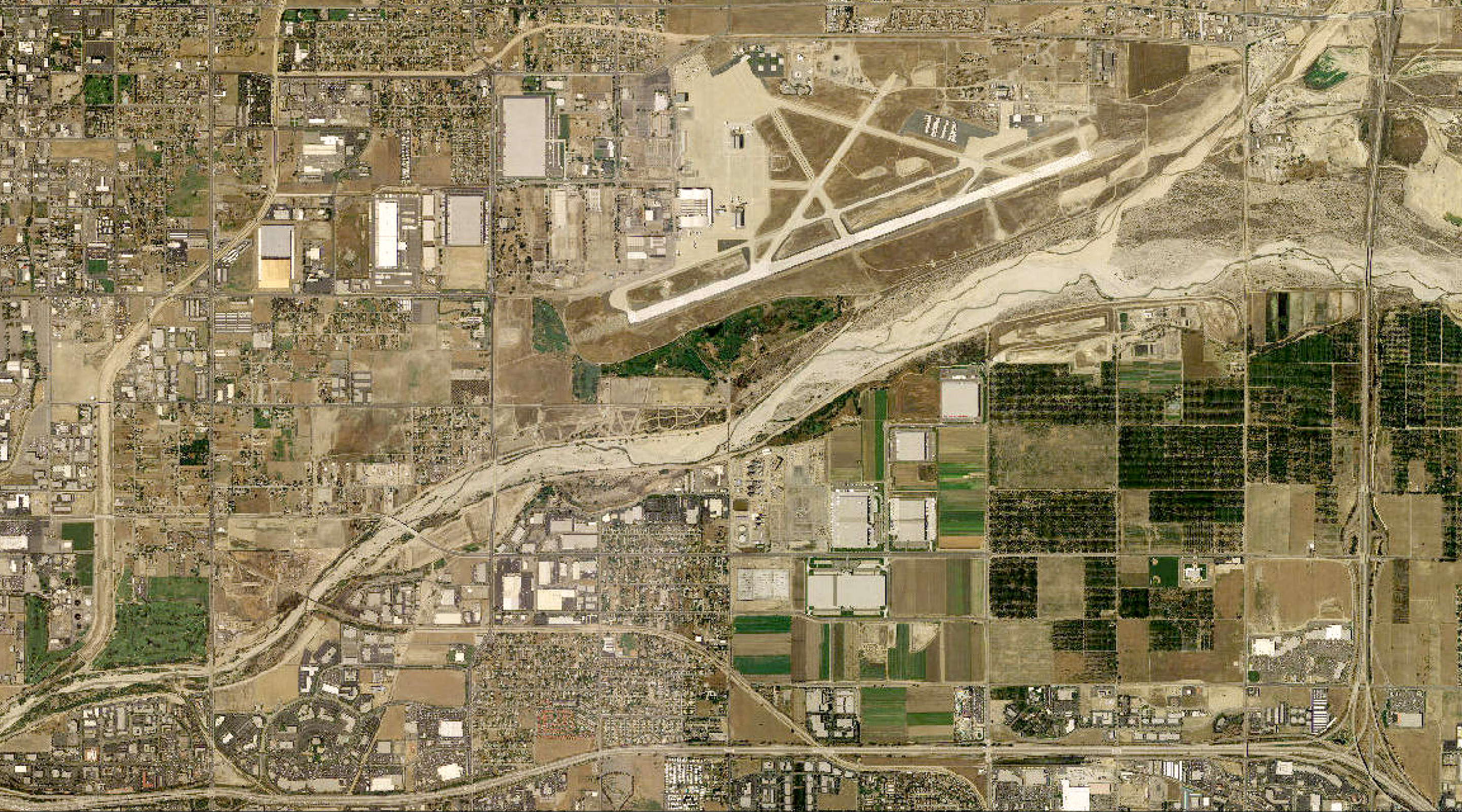 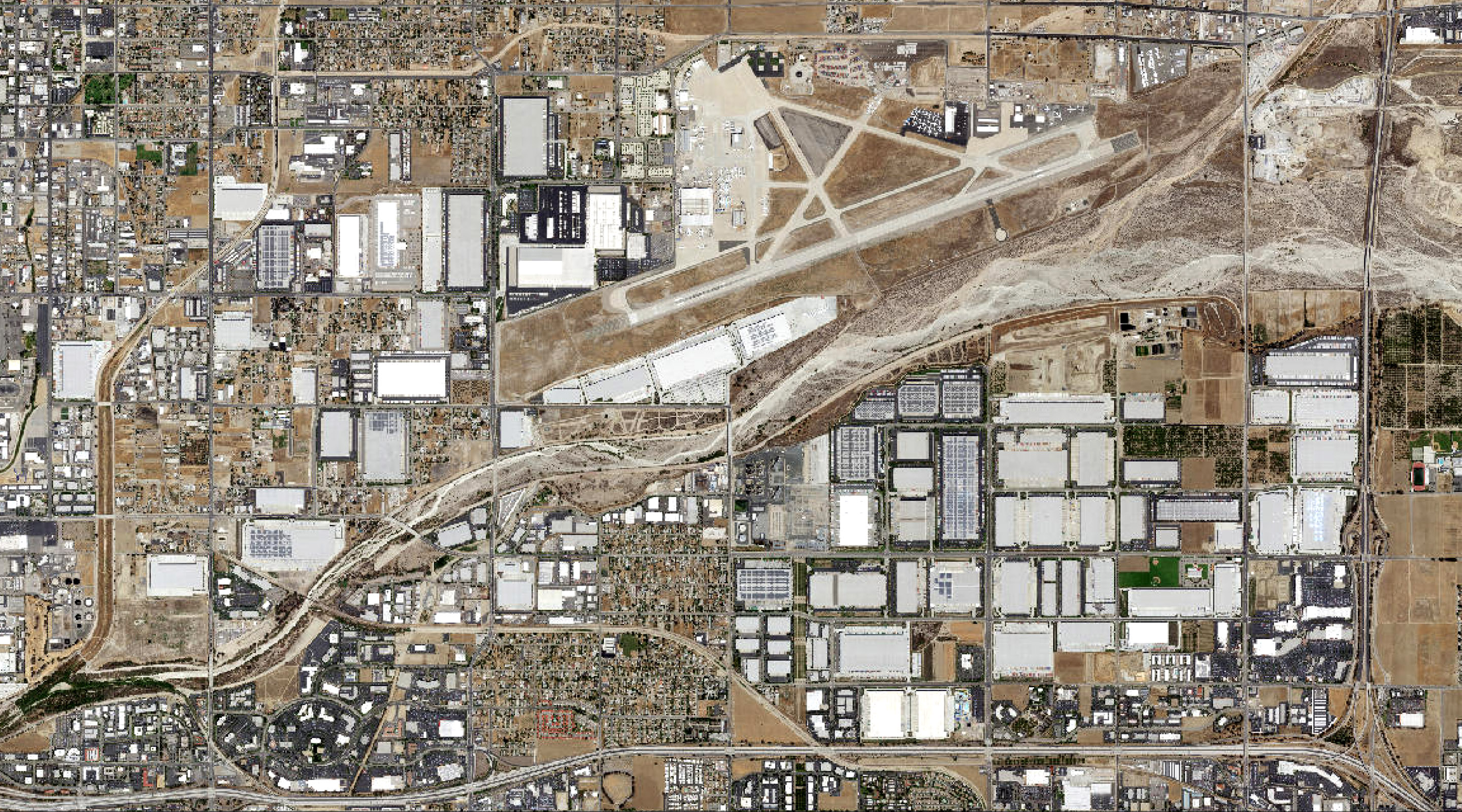 Visual of warehouse development around the San Bernardino airport from 2005 (Left) to 2018 (Right). The Center for Community Action and Environmental Justice has a more interactive map of the warehouses surrounding the airport.
Images: CCAEJ / ESRI

The satellite imagery shows the explosive growth of warehouses surrounding the San Bernardino International Airport between 2005 and 2018. On Google Maps, you can see what businesses occupy some of those huge structures: Amazon, PepsiCo, Clorox, Kohl’s, and Mars Petcare (the parent company for well-known pet food brands like Pedigree and Iams). San Bernardino County and neighboring Riverside County together — a region called the Inland Empire — make up one of the biggest logistics and distribution hubs in the US. San Bernardino alone has enough warehouse space to fill more than 5,100 football fields, about 300 million square feet, according to a 2018 report.

“When you press purchase on Amazon or online, it doesn’t just magically appear at your door. There’s an entire infrastructure that moves those goods and the impact is really felt in different places, especially in the Inland Empire,” says Faraz Rizvi, a special projects coordinator at the local nonprofit Center for Community Action and Environmental Justice (CCAEJ). (CCAEJ’s webpage has an interactive map of the warehouses surrounding the airport.)

Warehouses are magnets for tailpipe pollution

CCAEJ took these images with the help of geographic information system company Esri to show how this community is in some ways paying for the environmental and health costs of purchases people are making elsewhere. What you can’t see in the photos is the flurry of trucks, trains, and planes taking goods to and from these warehouses. The warehouses are magnets for tailpipe pollution. And San Bernardino County has consistently had the worst smog in the US, according to annual reports from the American Lung Association.

More warehouses are on the way in the Inland Empire and will probably bring more truck traffic and pollution with them. (Some city leaders welcome the boom in warehouse jobs. Rizvi, on the other hand, worries that many of those jobs are seasonal or temporary and don’t necessarily come with a living wage.) The San Bernardino airport is expanding with the construction of a $200 million air cargo facility into which Amazon is moving. Globally, the warehousing industry is expected to keep growing over the next several years.

The pandemic isn’t slowing this trend down much. There’s more demand for warehouse space because people are shopping online more. On top of that, some retailers are keeping more inventory on hand because of disruptions to supply chains during the global crisis. And items that didn’t sell as much this year as they normally do — like summer clothes — are still sitting and taking up space.

The place where I grew up is changing a lot because of e-commerce. And soon, your hometown could see changes, too. Amazon has reportedly looked into snatching up old brick-and-mortar department stores and revamping them into distribution centers to be closer to their customers.

“You can see as you leave any city nowadays you have this whole strip of warehouses dedicated to online shopping fulfillment,” says Sharon Cullinane, a professor of sustainable logistics at the University of Gothenburg. “You have to have warehouses that are closer and closer to the centers of population so that they can do these half-hour deliveries — it’s a bit mad really.”