Ten years ago, Nest introduced its first smart thermostat, the Nest Learning Thermostat, and showed the world what a smart thermostat is capable of. You can use it to automatically program your thermostat’s schedule, control it with your smartphone or a voice assistant, integrate it with other smart devices in your home like smoke detectors, and have it adjust itself for when you’ve left the house.

The company’s latest model, the simply named $129.99 Nest Thermostat, does away with a lot of the more advanced features in favor of a simpler, more basic design and feature set. But while Google’s goal is to appeal to those who haven’t yet upgraded their ancient programmable thermostat, it’s stripped out a lot of what makes a connected thermostat smart to begin with.

Our review of Google Nest Thermostat 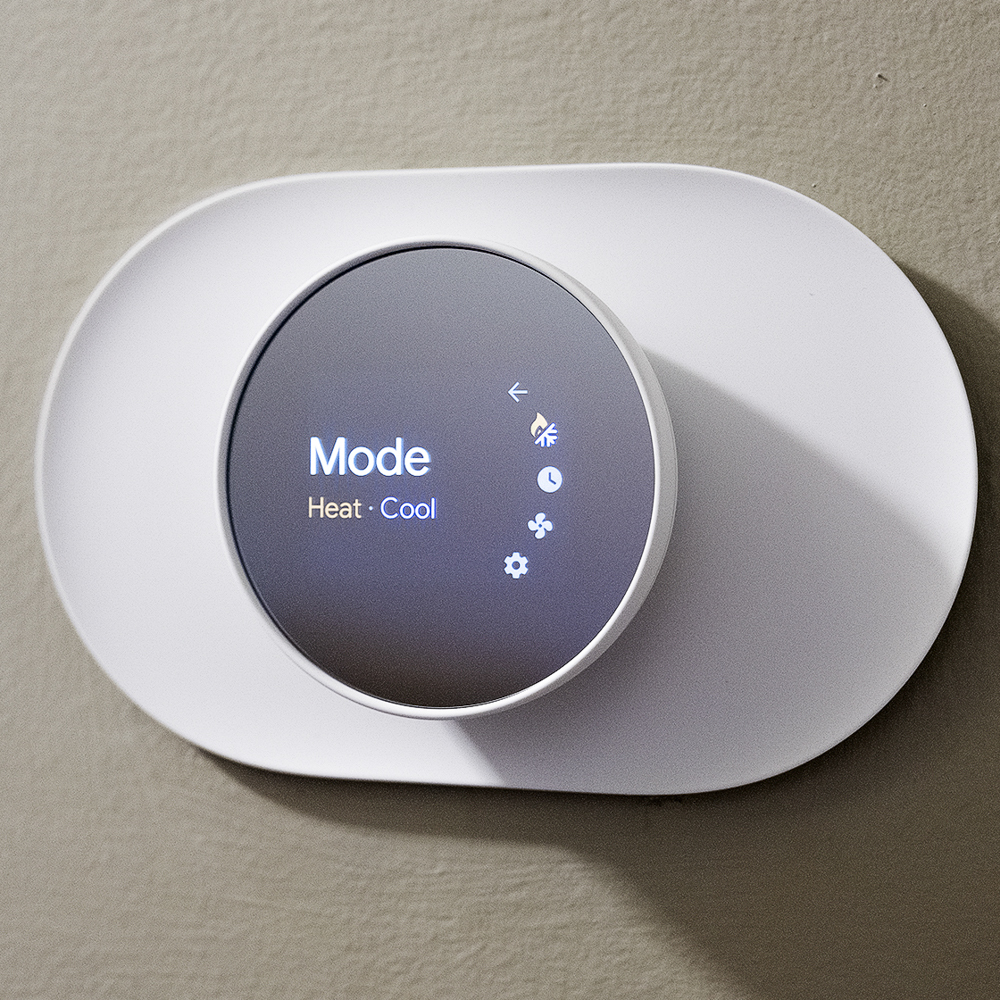 The most obvious thing Google did was change the design and functionality of the thermostat itself. The Nest Thermostat doesn’t have the signature rotating ring of Nest’s prior models. Instead, you use a touch strip on the right side to adjust temperature and navigate the interface. The touch strip works fine, and the thermostat will emit an audible click as you swipe up or down, but it’s far less satisfying to use than the dampened ring on the Nest Learning Thermostat. I do prefer it to Ecobee’s clumsy touchscreen, however.

Also different are the materials: the Nest Thermostat is made entirely of plastic that you can get in four different colors, as opposed to the metal finishes of the older models. Aesthetics are certainly a personal preference, but I like the look of the brushed metal of the older Nest models much better. It’s clear that Google’s changes here were to bring the price down and make it more accessible than the flagship model that retails for $250 (though it can be found on sale quite regularly).

The front of the Nest Thermostat has a mirrored finish, with a display that shines through it when you are in front of the thermostat or interacting with it. This is not a touchscreen — all interaction on the thermostat is done through the touch strip — and most of the time, it just sits there on the wall not displaying anything. I was concerned that this mirrored finish would get quite dusty, but in the few weeks I’ve been testing the Nest Thermostat, it’s stayed clean.

When the screen is on, it looks like information is just floating on the mirrored front, a neat effect. It will tell you what the thermostat is currently set to, what temp it’s reading, and whether it is running the heating or cooling systems to adjust the climate in your home. Tap the side, and you can scroll through the menus to adjust modes, set a hold temperature, and view other settings, though most of the adjustments to scheduling and such are handled through the Google Home app on your smartphone.

The mirrored finish is unbroken, thanks to Google’s use of radar-based Soli technology to detect your presence instead of a more traditional motion sensor. But if you look at it from the right angle, mostly from the left side, you can see where the square display is centered under the mirrored panel, breaking the illusion a bit.

The Nest Thermostat doesn’t support a number of advanced features found on the higher-end model, including FarSight, which lets you see the current temp or other info from across the room. In practice, this wasn’t a problem in my home. The Nest was still able to detect my presence and light up even when I was 10 or more feet away from it.

Installing the Nest Thermostat is very similar to prior models, and Google does a good job of walking you through the process with video tutorials in the app. Certain creature comforts, such as the included screwdriver, have been dropped for this model, and most frustrating of all, it doesn’t come with a backing plate to cover up the holes in the wall from your old thermostat. To get one of those, you’ll need to shell out another $15. (Older models always included it in the box.)

The Nest Thermostat doesn’t use the rechargeable lithium battery as other models, instead relying on two AAA batteries that Google says will last up to two years. Google also says it does use the same trickle power feature to draw energy from the HVAC system as the older model, which likely helps extend the life of those two batteries.

In all, it takes about 15 minutes to install and set up the Nest Thermostat, though you can also pay a professional to do it for you.

Set up and control of the Nest Thermostat is handled entirely through the Google Home app; you can’t do anything with it in the old Nest app. That may be frustrating for existing Nest customers looking for a single place to monitor all of their devices, but for most new owners, it doesn’t matter.

Scheduling the Nest Thermostat is significantly different than how older Nest models work. Instead of relying on the thermostat to determine your patterns and automatically schedule itself, you are prompted to choose temperatures and time blocks when you set it up. This is very similar to how a traditional programmable thermostat works: you put in what times you’re home, what times you aren’t, and when you go to bed, and then set temps for each respective mode. You can also add custom time blocks for more granular controls.

This method will be very familiar to those coming from an old programmable thermostat, but it makes the Nest Thermostat feel quite limited and dumb compared to other smart thermostats. For example, it will not adapt itself if your schedule happens to deviate from your programming because you’re home at a different time than usual. Right now, we are home a lot more than we typically are, thanks to pandemic-related lockdowns, but the Nest Thermostat sticks to its programmed schedule no matter what.

The Nest Thermostat does have the ability to go into its energy-saving Eco mode when you aren’t home by using its own presence detection, geolocation on your phone, or a combination of the two. If the system doesn’t see any activity for an hour and your phone location is reporting that you’re not home, it will automatically switch to the Eco preset to save energy. It’s odd that it can’t do the opposite for when you are home unexpectedly.

Another area where the Nest Thermostat is inferior to other models is in support for remote sensors. It just doesn’t support them; the only temperature it will set itself to is what it reads from its wall-mounted position. Both the Nest Learning Thermostat and Ecobee line of thermostats can adjust the system based on sensors elsewhere in the home, which provides much more flexibility and control over the climate.

The Nest Thermostat isn’t completely dumb. In addition to the smartphone control, you can use either the Google Assistant or Amazon’s Alexa to adjust the thermostat via voice. It also has built-in energy-saving and comfort features from the other Nest models, including the ability to preheat or cool the home before a scheduled time block starts or circulating the air with the fan to more efficiently use air conditioning. It will also tell you how long it will take the system to reach your selected temperature and will award leaf icons when you program it efficiently — though in my home, the only way to get a leaf was to set it uncomfortably cool or warm. It will also prompt you to change filters and do other maintenance to keep the system running efficiently.

In all, the Nest Thermostat is a fine connected thermostat that lets you program and control it with your phone easily. It also can save you money on your heating and cooling bills, thanks to its Eco modes.

But it also feels like a smart thermostat from years ago and isn’t as helpful or flexible as other options, even within Nest’s own lineup. The main appeal for the Nest Thermostat is its price: at $130 and even less if you have a rebate available from your local power company, it’s a much easier pill to swallow than Nest’s fancier models or even Ecobee’s options.

To use the Nest Thermostat, you must have a Google account and agree to: