The supernatural thriller benefits from the next-gen jump

Share All sharing options for: Control’s next-gen update feels right at home on the PS5

Remedy’s supernatural thriller Control was one of the best games on the previous generation of consoles, but it’s also one that clearly struggled on the hardware. In 2019, when I reviewed the game on a base model PS4, you could feel the action chug along when the action got too intense. It worked, but just barely. (I don’t think any game has made my PS4’s fan quite so loud.) We already know that one of the best things about the PlayStation 5 and Xbox Series X is that they make older games better, whether that’s through backward compatibility or, in the case of next-gen Control: Ultimate Edition, brand-new versions that make use of the hardware. And now that I’ve spent a few hours with Control on the PS5, I can say it really feels like the ideal way to play.

The most obvious improvements are the expected ones. As with many XSX and PS5 games, the new version of Control offers two modes: one focused on performance, the other visuals. In the former, the game runs at a constant 60fps, which makes a big difference. Control is an action game about constantly moving: you use a combination of telekinetic powers and a shape-shifting gun to take out enemies, but sit still too long, and you’ll be overwhelmed. This makes speed essential. When the game stutters during a big shootout, even a little bit, it can really interrupt your flow. That doesn’t happen on the PS5.

The other mode lowers the frame rate to 30fps but turns on high-end graphical features like ray-tracing. Control’s setting is dark and gloomy, but there are lots of shiny surfaces, like marble flooring or underground puddles, where you can see the more realistic reflections. It looks great and adds more depth and texture to the world, especially because it’s typically so dark. But having the game at 60fps is my preference. It makes the game’s incredible combat just that much better. 30fps is still playable, but it can be hard to go back once you’ve played at a higher frame rate. (For a more technical breakdown, be sure to check out this analysis over at Digital Foundry.) 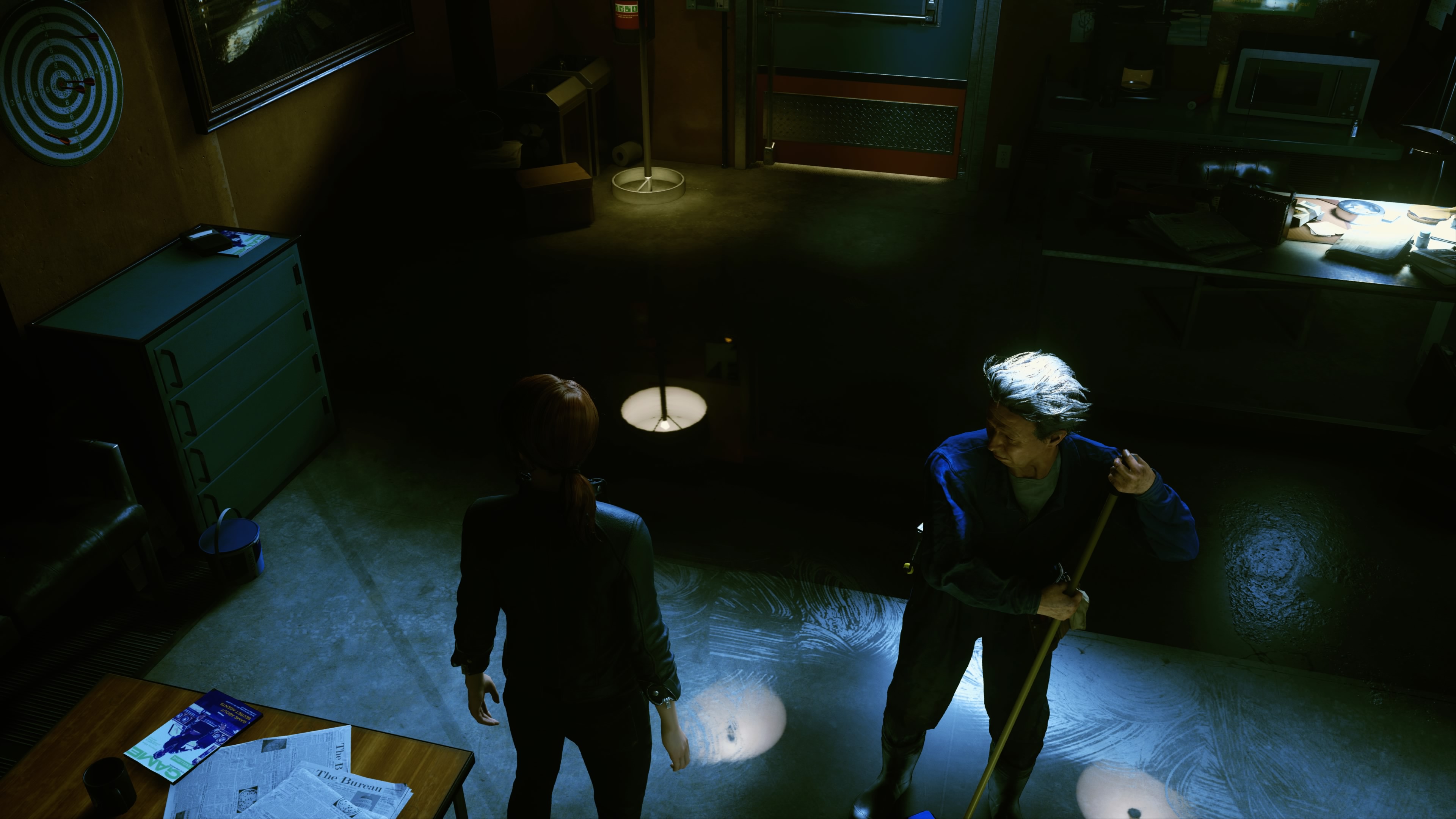 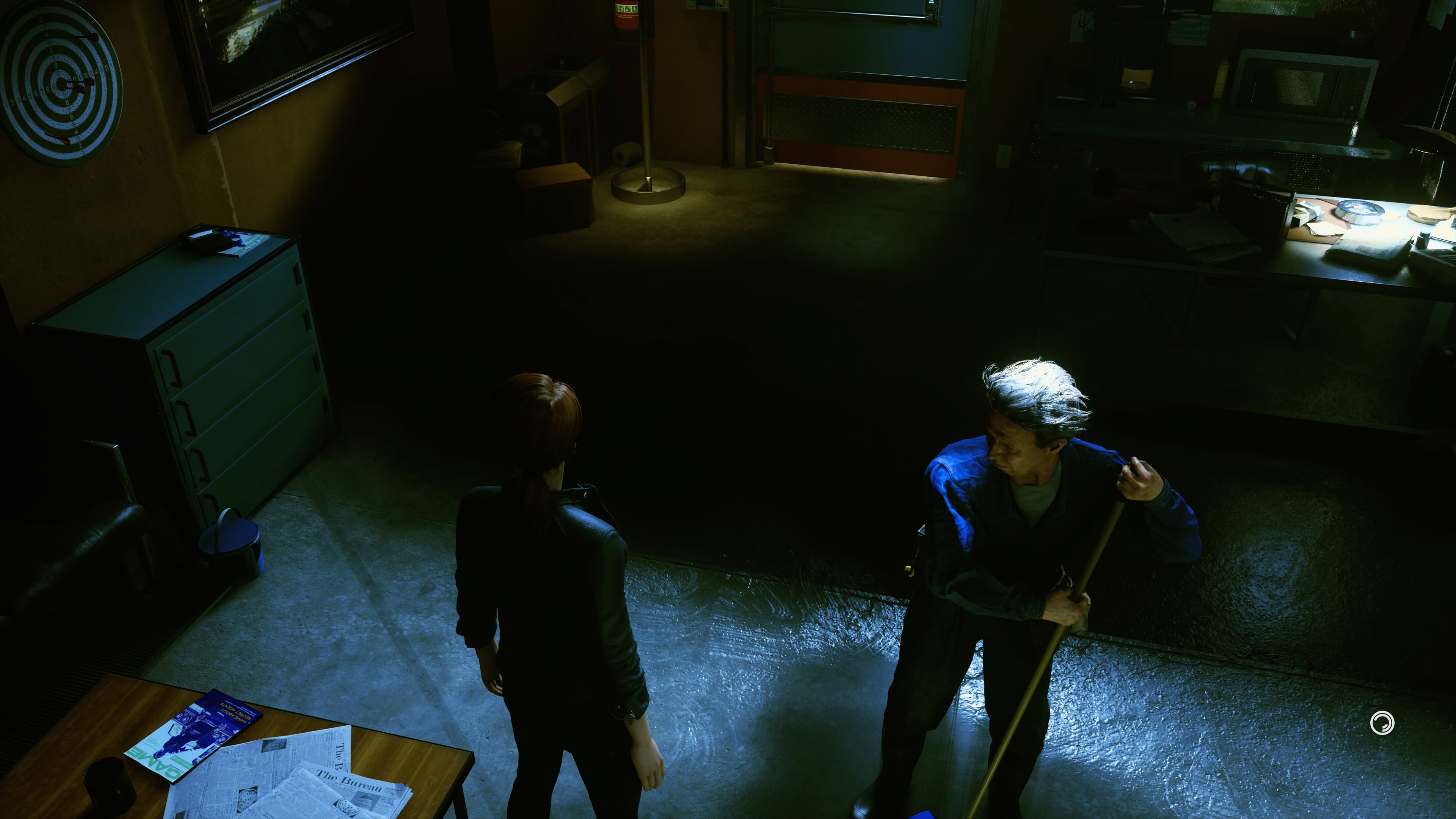 Control with ray-tracing enabled and turned off.

The PS5 version also goes an extra step and makes use of the DualSense controller as well. Much like games like Fortnite, the triggers now provide a bit of resistance when you fire your weapon. It sounds small, but it does help make the act of firing virtual bullets just a bit more satisfying. Control is also one of the few non-Sony developed titles to make great use of the controller’s more subtle haptic vibrations. You can feel small footsteps as you wander around the creepy office, and it’s especially fun when you start using flying around tossing around objects with your mind. You can feel all that tension in your palms. Combined with the better frame rate, it makes Control’s many lengthy battles much more thrilling.

Of course, all of this comes with a caveat. While you can play your current version of Control on a new console through backward compatibility, to get all of the next-gen benefits you’ll have to purchase a brand-new copy for PS5 or XSX. There’s no free upgrade path for existing users. (Though there’s a slight workaround if you’re a PlayStation Plus subscriber.) Because of this, you also can’t use your existing save file with the next-gen versions. Basically, if you want to enjoy Control on your shiny new console, you’ll need to buy a new copy and start the game over from scratch. This is the best version of Control — but it’s up to you whether that’s worth the hassle.