A much better camera in a familiar body

Despite it not even being a year old, DJI is already upgrading its mid-tier Mavic Air 2 drone. The new $999 Mavic Air 2S (yes, $200 more than the prior model) comes with some notable new features and upgrades, including a much larger image sensor. The new one-inch sensor is capable of shooting 20-megapixel photos, 5.4K video, and 4K up to 60fps. But hold your horses (or wallets), there are a few caveats to those impressive capabilities. 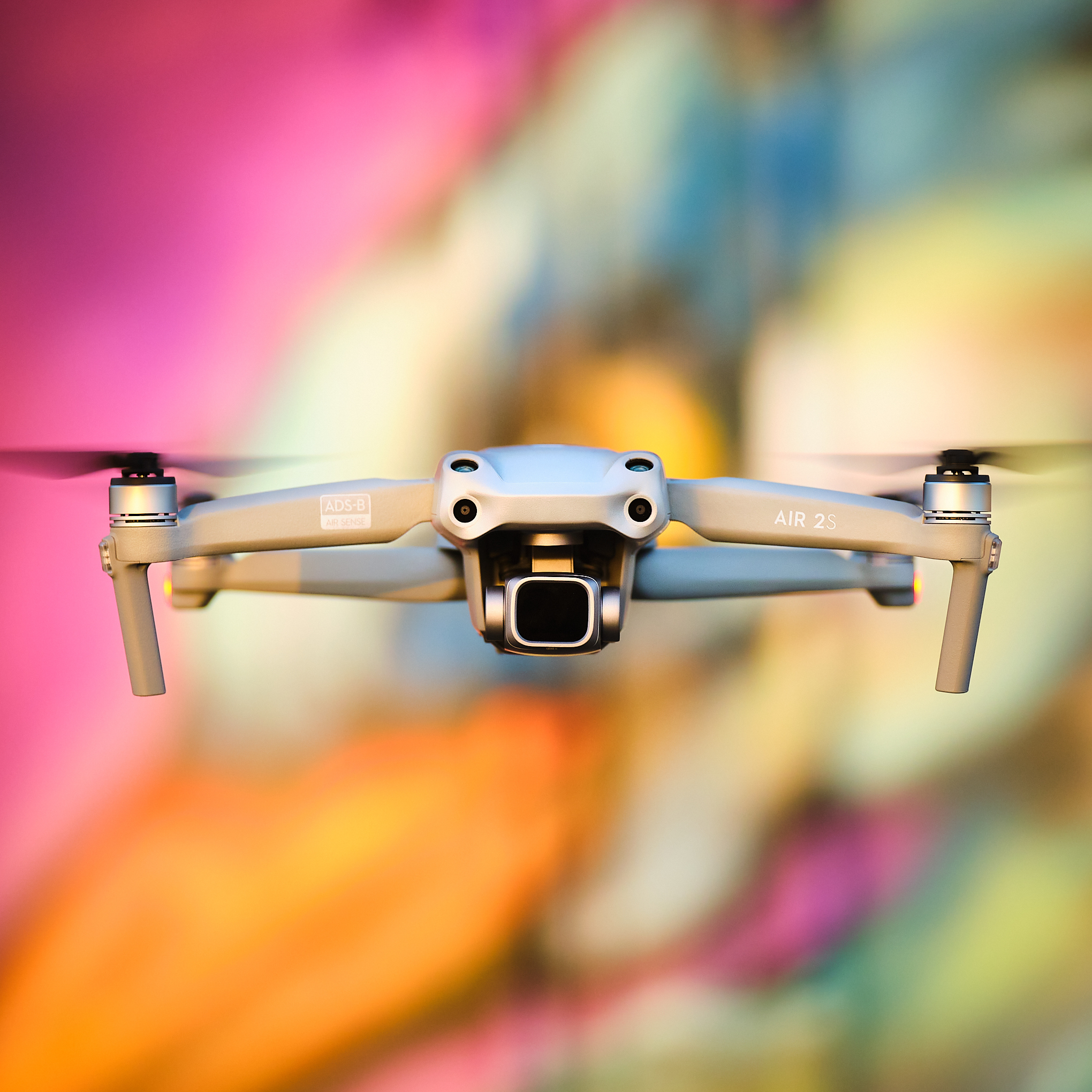 The Mavic Air 2S’s camera sensor is the same size as what you get in the higher-end Mavic 2 Pro. It’s much larger than the half-inch sensor used in last year’s Air 2. The Air 2S should shoot almost equally good photos and better video as the Mavic 2 Pro, at least on paper.

Once you switch to 4K 60fps, though, the highest 4K frame rate you can capture, there will be some significant cropping because it isn’t using the full one-inch sensor in that mode. It looks roughly like a 1.3x crop to my eyes, but DJI wouldn’t confirm exactly how much crop there is. That shouldn’t discourage you from using 4K / 60fps. The video quality still holds up and the image looks great in the final result. But if you’re just comparing spec sheets, you won’t see that there’s a crop in this mode.

That also might explain why the Air 2S has a slightly wider focal length than others in the Mavic lineup. When using the full one-inch sensor, the focal length is 22mm. Typically, DJI drones are either 24 or 28mm. I personally like the slightly wider look, but if you prefer a tighter composition, you can use the built-in digital zoom or crop in edit.

The digital zoom availability depends on which shooting mode you’re in. In 1080p / 60fps, you can zoom 6x; 1080p / 30fps lets you zoom 8x; 4K / 60 up to 3x; 4K / 30 has 4x zoom; and lastly there’s no digital zoom at all when in 5.4K. Historically, digital zoom is not something that tickles my fancy, but having a one-inch sensor with a max resolution of 5.4K really helps here and the loss in quality isn’t that steep. Even at 3x, you can capture some very usable footage.

However, here’s where we get to another caveat: none of this matters if you’re filming in D-Log or HDR because you can’t zoom in while shooting in any of those color profiles, only the standard color profile. You have to do all your zooming and cropping again after the fact in the edit when you shoot in either of these modes.

The Air 2S also debuts a new automated flight mode called SmartShots. Once you activate it, the drone takes a few minutes to capture a few pre-programmed videos. It has options like wide circular shots, tight circular shots, dronies, top-downs, and so on. It records five to ten “must-have” clips, and the app automatically generates a short edit. It’s like the slideshows on GoPro’s Quik iOS app but for drones. It’s a great option for less experienced pilots who just want something reliable and easy to share with their friends.

One big selling point of the Air 2 was the ability to shoot 48-megapixel photos with the help of pixel binning. You won’t have that option here, but I’d always choose sensor size over pure resolution, and the Mavic Air 2S proved me right. The photos look phenomenal. As someone who prefers taking drone photos over video, having a one-inch sensor in a smaller body than the Mavic 2 Pro is a dream come true. Both drones take 20-megapixel photos, but there are a few noticeable differences.

There’s the focal length I mentioned earlier, but also the dynamic range on the 2 Pro is better. It offers 14 stops compared to 12.4 stops on the new Air 2S, which helps keep your sky from blowing out in high-contrast scenes. Sure, you lose a bit of information to work with, but the difference is not super noticeable. Photos look impressive at both low and higher ISOs. You’ll also be missing out on that Hasselblad color science, if that’s worth anything to you.

The Mavic 2 Pro does have one big feature over the Air 2S: adjustable aperture. That’s useful for both photos and video and gives you another control point when trying to nail the perfect exposure. On the Air 2S, the only controls you have are for ISO and shutter speed, so DJI has included a set of ND filters in its Fly More bundle ($1,299, also includes extra batteries and other accessories) to allow you to limit the amount of light coming into the lens.

There is also a small change to the hyperlapse mode. You can no longer get 8K hyperlapse exports like you did on the Mavic Air 2 — only 4K or below since the max photo resolution is 20MP. That export now has an additional post stabilization applied, but it’s not perfect; I still saw some unwanted shake in a few of the videos I recorded. I’d still recommend running another stabilizer in post.

Most of the hardware on the Air 2S is identical to the Air 2, but there’s an extra set of sensors that sit right at the top of the drone to help with obstacle detection and avoidance, especially at higher speeds. DJI is calling this APAS (Advanced Pilot Assistance System) 4.0.

Obstacle avoidance is a thing you need to manually turn on and you pick how you want your drone to act — either it’ll brake in front of an obstacle or try to go around it. In my testing, the drone was a bit more hesitant than I anticipated. It would often choose to brake in front of obstacles instead of avoiding them. Again, there’s a caveat here: APAS or focus tracking won’t work in modes above 4K 30fps.

It’s encouraging to see some extra attention in that area, but DJI is nowhere near Skydio when it comes to autonomous flights. This is still only a safety option, not something that will help you get smooth shots while narrowly avoiding obstacles.

Lastly, all the upgrades come with a slight hit on battery life. DJI rates the battery at 31 minutes of flight time compared to the 34 minutes on the previous Mavic Air 2. It’s a fair compromise, and I haven’t noticed it impacting my approach to flying.

Despite some odd limitations in its features, the Mavic Air 2S is still a fantastic drone, especially for beginners who want something more capable than a DJI Mini 2. There are a few trade-offs compared to the Mavic 2 Pro, but frankly, most people will be okay with them.

I recently wrote about how the underestimated Mini 2 became my favorite drone due to its unmatched portability and better than expected image quality. The Air 2S nearly took that title away. If you prioritize image quality, it’s an obvious choice provided you can stomach the extra hit to your wallet. The Mavic Air 2S now has the perfect balance between a compact size and great image quality, despite all of the asterisks and caveats it may have.

Just like every DJI drone, the Mavic Air 2S can only be used after agreeing to terms & conditions of the DJI Fly app and DJI’s privacy policy, which includes collecting information such as location via GPS.

Unlike the DJI Mini 2, you can factory reset the Mavic Air 2S. It’s not done through the mobile app but requires you to connect it to your computer and use the DJI Assistant 2 app.