Not the most affordable wired model, but it’s a solid choice

The gaming audio company EPOS has debuted a new wired gaming headset called the H3. It’s not as exciting as its GTW 270 truly wireless earbuds for gaming, and depending on your needs, its short list of features might not be worth its $119 price. But a few things stick out in the H3’s favor after spending a few days with it.

EPOS has a knack for using a rotating dial for volume controls on its headsets, and if you read my review of Microsoft’s excellent Xbox Wireless Headset, you know I’m all about dials. On the outside of the H3’s right earcup, there’s a dial controlling the volume that’s easy to adjust with two fingers. Opposite that, on the left earcup, there’s an articulating boom microphone that can be muted when it’s in the up position. Any time it’s lowered, the mic will be on, unless you mute it on your device.

Our review of EPOS H3 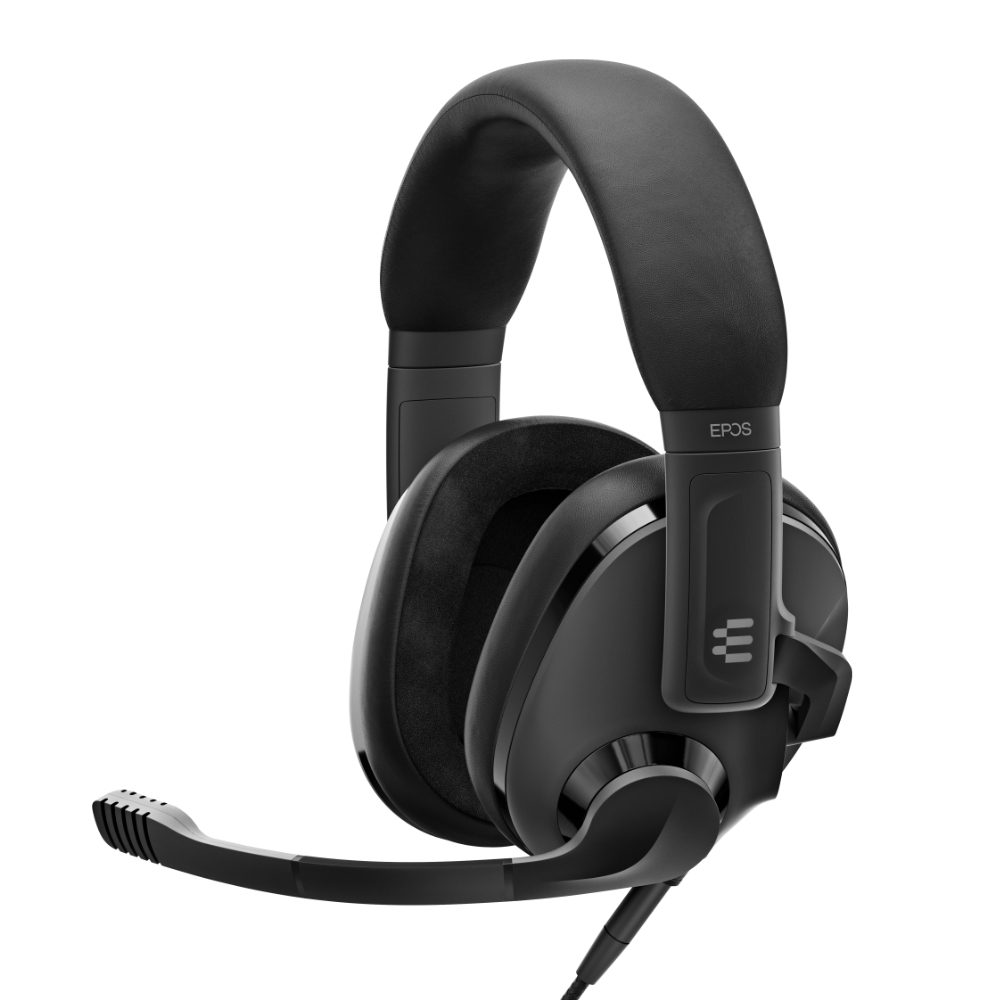 I also like that these have broad compatibility with consoles, mobile devices, and PC — not that they’re the first to do this. The H3 includes two swappable braided cables, one made for PC that extends from the headset and splits into a dedicated audio 3.5mm plug and a microphone plug (most desktops and some gaming laptops feature both of these ports). There’s also a cable that outputs to a single 3.5mm plug that can go into a phone, a controller, a PC, an Oculus Quest 2, or any other device you own with this kind of audio jack. I do wish that EPOS included a 3.5mm-to-USB-C adapter to broaden compatibility further for devices that lack a headphone jack.

You don’t have to spend $119 on a wired gaming headset to get features like the ones I explained above, but the H3’s comfort and sound performance help to justify their price. The earcups fit snug around my head, but not too snug, and they have a wide range of motion (though they don’t swivel to lay flat on the chest.) The headband’s size adjustments snap into place and don’t move, even when I yank the headset off. The passive noise isolation of the ear cups is decent, partially because of the closed-back design, but its plush pads do a better-than-average job at keeping outside sounds out because the cups can be tilted to fit your head shape. I’m short on qualms about the build quality, though the earcups might not be as good a fit for people who have larger ears.

The H3 is a solid performer when it comes to gaming and listening to music. Its closed-back earcups provide a clear, balanced sound without an overwhelming amount of bass. Yet, the palpable bass line in “Book of Slim” by Gene Harris & The Three Sounds came through just fine. Switching over to games, I was happy with how games like Ratchet & Clank (2016) and Ghost of Tsushima sounded on the H3 while connected to a PS5 controller. The sound quality rivals many of the sub-$150 headsets I’ve tried in my gaming headset buying guide.

The microphone quality is also solid for the price, picking up all of the little details in my voice. It’s easy to tell my “p’s” from the “t’s” in voice recordings. It sounded crisp when connected to my PC, and within Google’s Recorder app while plugged into my Pixel 3 via a USB-C dongle. I got similarly good results plugged into my PS5 controller. Though, I wouldn’t suggest this headset over a dedicated microphone, if you’re planning on making any podcast appearances soon.

Other than the USB-C adapter that I wish was included, the other big omission from the H3 compared to other headsets in its price range is the lack of microphone monitoring. I love being able to hear my own voice, but I swear I’m not a narcissist. Monitoring is useful to hear someone yelling for you across the room when you’re distracted in a game.

If you aren’t totally sold on going wireless for your gaming headset because you don’t want another device to recharge, or some other reason, the H3 is a solid alternative. Its sound quality and comfort mostly make up for not having many features. That said, its price borders on what you’ll pay for one of several good wireless gaming headsets that have many more features.