The hardware is nice, but no physical button is a big step back

Fitbit’s newest fitness tracker, the Charge 5, might be the biggest change to the Charge line yet. It has a color screen, the first for a Charge, and you can opt to keep the screen on all the time. It has a new rounded design that’s thinner than the Charge 4. New sensors measure how your body responds to stress. But all that change also comes at a higher $179.95 price, a $30 increase from the Charge 4.

That more expensive cost edges the Charge line closer to the prices of many smartwatches. So in reviewing the Charge 5, I wanted to figure out if it offers enough at that price to make it a compelling fitness device than the more costly smartwatch competitors. To do that, after I got the Charge 5, I picked up an Apple Watch SE to compare it with, set them both up, put one on each wrist, and promptly went on a four-hour marathon training run.

To my disappointment, the Charge 5 didn’t fare well.

Our review of Fitbit Charge 5 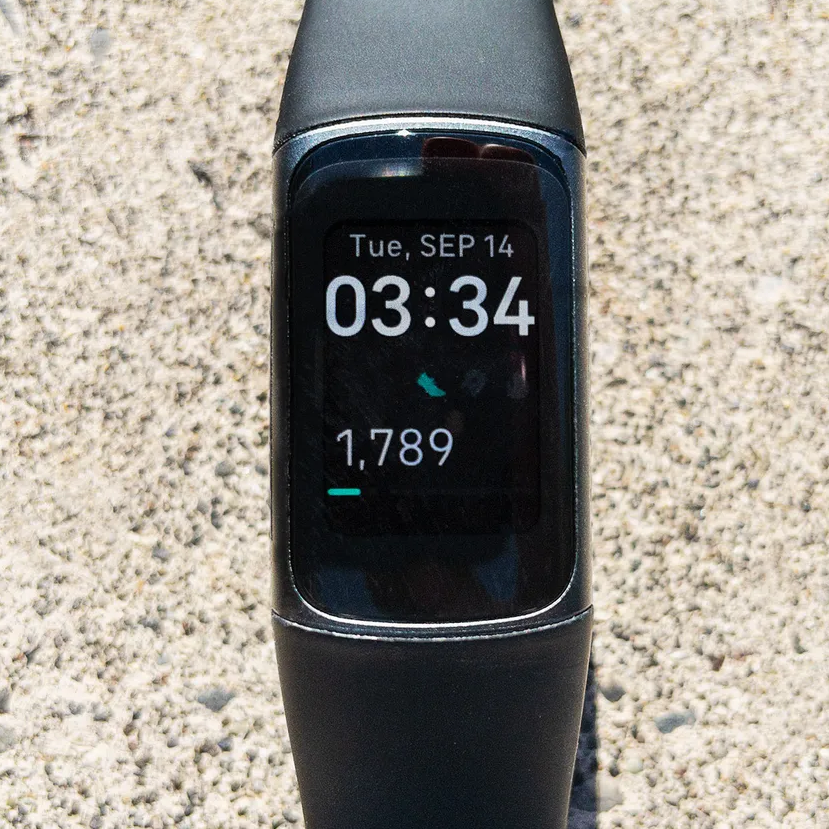 Before I go further, I should tell you what I need a fitness tracker or smartwatch for. I’ll be the first to admit that it’s a somewhat specific set of requirements and needs.

My favorite form of exercise is running. I happily submit myself to multi-hour runs many weekends of the year. I don’t really care about running fast; instead, I like to run far. So when I’m on a run, I want a fitness tracker to tell me how far I’ve run, how long I’ve been running for, what time it is, and my heart rate. The Charge 5 did tell me all of these things. However, it did so much less elegantly than the Apple Watch did.

Many of my frustrations come down to the Charge 5’s small 14.7mm x 21.9mm screen, which is surrounded by much bigger bezels than the official product shots would suggest, and its UI, which isn’t as easily glanceable as I would have liked. During a run, the Charge 5 shows three metrics at a time, and two of them are always visible in small font at the top and bottom of your screen: your mileage and how long you’ve been running. Handy.

But in the middle of the screen, you can only see one of nine other metrics at a time, such as pace, heart rate, and step count. To get to the next metric, you have to tap the screen to advance them one by one. Infuriatingly, I couldn’t figure out a way to go back to a metric if I accidentally tapped past the one I was looking for, often meaning I would be tapping the screen repeatedly.

The Charge 5’s small screen is also poorly optimized for showing long run times. During my training run, I liked having the length of my run shown as the main metric in the middle of the screen. But after I crossed two hours, I noticed that the Charge 5’s screen cut off part of the time on both ends. It looks ridiculous — see for yourself below — though Fitbit tells me that this will be fixed for final retail units.

Also annoying is the fact that the Charge 5 has no physical buttons, meaning you have to wake up the screen by raising your wrist or by tapping on the screen. Many times during my four-hour run, I would tap on the Charge 5’s screen a couple times to wake it, only to accidentally tap past the last metric I had up, forcing me to keep tapping just to return to where I was before. This was very annoying, and I often had to completely stop running so I could tap the screen enough times to get my Charge 5 situated again.

The Apple Watch, on the other hand (pun intended), showed me all of the stats I care about on one screen, no extra tapping required. And because I can use the digital crown or the button on the side to wake it up, I never felt any risk of tapping something I shouldn’t that would mess up my run.

Interestingly, the Charge 5 and Apple Watch SE recorded some different metrics when I took them out on runs. The Charge 5’s metrics portrayed me as a better runner; across two runs, the Charge 5 recorded slightly longer distances and slightly faster paces than the Apple Watch SE did. But it’s hard to know which is truly accurate. According to MapMyRun, which lets you plot runs on Google Maps, one of my routes was 6.28 miles, but the Charge 5 recorded it as 6.1 miles and the SE tracked it as 6.02. Both devices, however, tracked the exact same average heart rate across both runs.

(Unfortunately, I don’t have comparative data for my four-hour run because at one point I accidentally paused run-tracking on the Charge 5 for 20 minutes. This was my fault, not the Fitbit’s.)

Runs are my happy place — especially really long ones. I like to run in a forest while listening to podcasts or music. I haven’t relied on a fitness tracker in years, instead using a cheap Casio watch to track my time. But after a week of running with both the Fitbit Charge 5 and the Apple Watch SE, if I had to pick just one for future long runs, I’d grab the Apple Watch every time.

When I’m not running, I want my fitness tracker to be as inert as possible. I typically turn off as many notifications and buzzers as I can. I try to keep a relatively simple face. The Charge 5 works fine for this, though I have some annoyances with it.

I love that the Charge 5 is smaller and lighter than the Apple Watch; it’s much more comfortable to wear and I regularly forget that it’s on my wrist. But I think the change to remove any sort of physical button-like mechanism is a step back.

The Charge 3 and 4 created the illusion of a button with a small capacitive ridge that had haptic feedback when you pressed it. When using the Charge 4, if I ever got buried in menus, I’d just mash the “button” a bunch of times until I got back to the main homescreen. 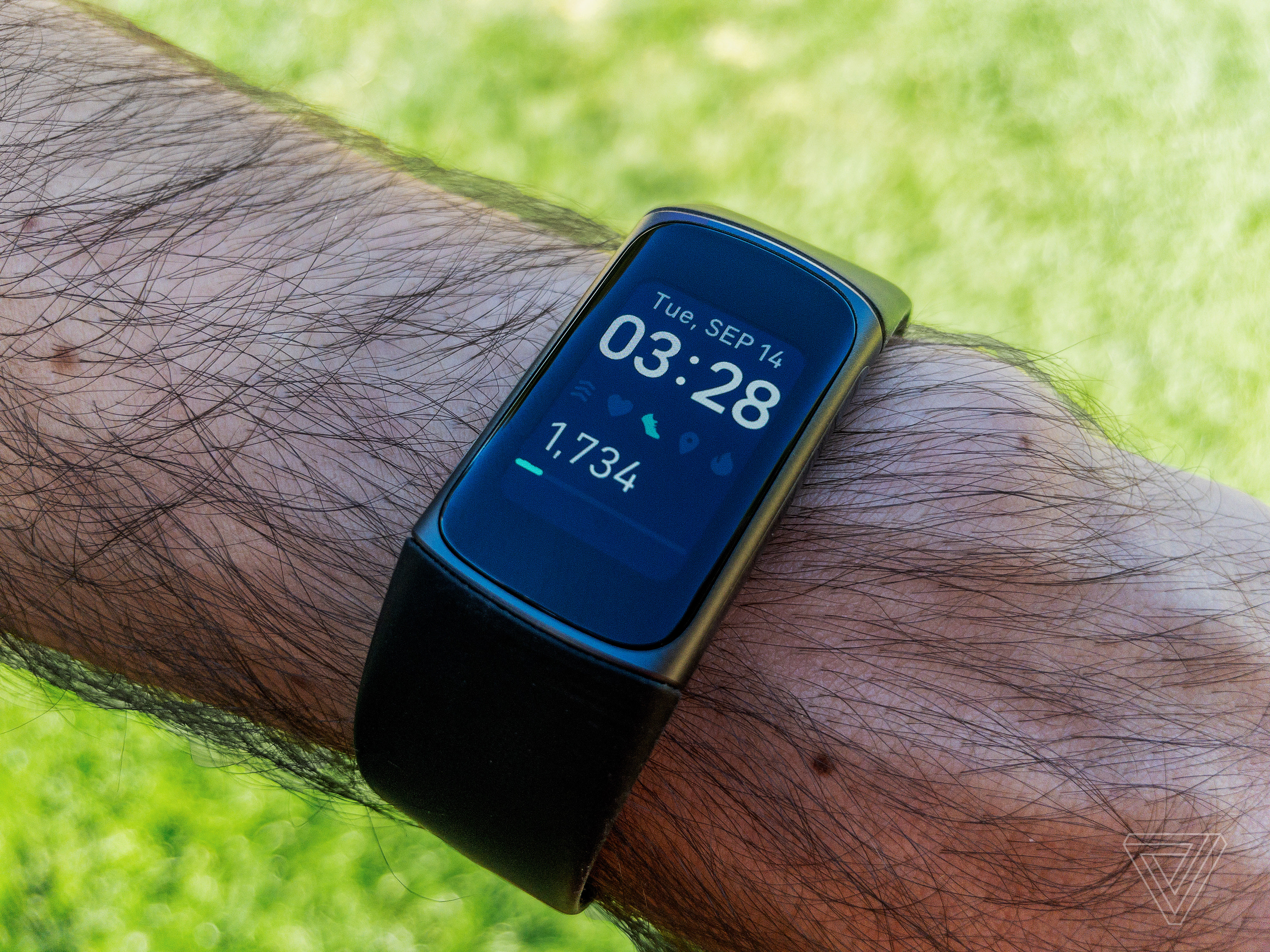 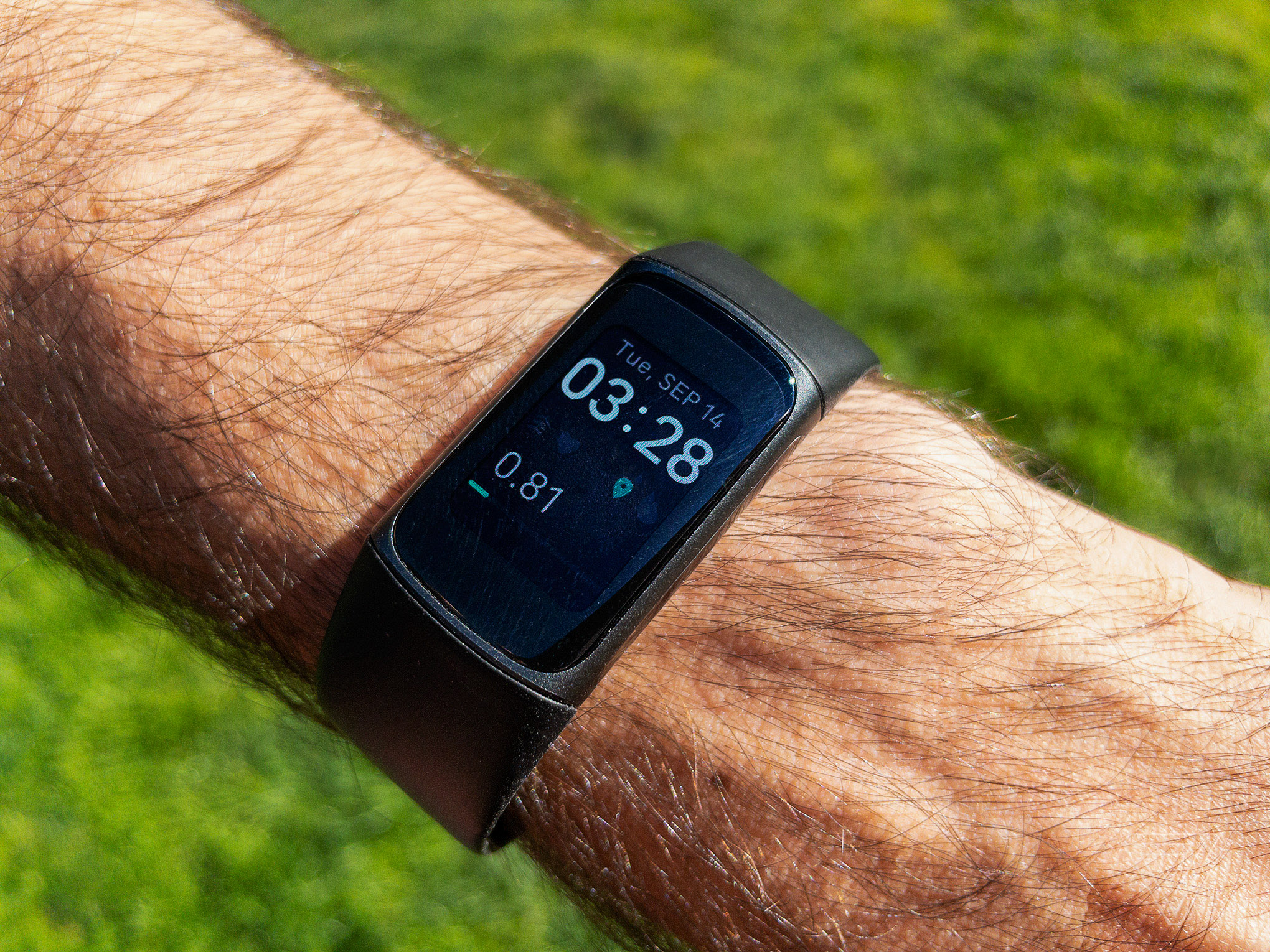 But without buttons on the Charge 5, diving into menus almost feels like you can get lost. There’s no clear way to return to the main watchface, which was frustrating at first. I eventually learned that you can double tap the screen to return to the homescreen (which, to Fitbit’s credit, is something the app tells you when you set up the Charge 5, but I missed it). Doing that double tap is nerve-wracking, though. Every time I was about to do the double tap, I’d hold my breath, tap twice quickly on the screen, and hope that I didn’t accidentally tap something I didn’t want to just to return home.

I also wished there was a button I could use as a reliable way to turn on the screen. Sometimes, I’d rotate my wrist up or double tap the Charge 5 to wake it up, but it just wouldn’t turn on. That would force me to rotate my wrist a few times or tap the screen in frustration to try to turn it on.

The always-on display isn’t the best fix because it has some annoyances, too. Like other always-on displays, when activated, you can’t actually interact with anything on the Charge 5 until you lift your wrist or tap on the screen. When you do that, the screen briefly flickers off and on again before you can use it.

Fitbit also estimates a dramatic reduction in battery life when you use the always-on display — from seven days to two — meaning you will have to charge the device a lot more if you use it.

That said, in my testing, the battery has been excellent. In the nearly two weeks I’ve been testing the Charge 5, I’ve only plugged it in three times, toggling on the always-on display for a few hours here and there throughout. (Though to be fair, when I went on the four-hour training run, I had accidentally turned off the heart rate monitor, which might have saved some battery.) If you don’t have the screen on all the time, you should get multiple days on a single charge.

If you do want to use your Charge 5 like a smartwatch, there are some limitations. While the Charge 5 can notify you about calls, texts, meeting alerts, and updates from certain apps, you can only send quick replies to text messages and messages from some apps if you’re on Android. As an iPhone user, this provided a half-baked experience whenever a text message came in; while it was easy to look at texts, actually responding to them forced me to pull out my phone.

There’s no native way to sync your Fitbit data to Apple Health or Google Fit, so your stats won’t show up on those platforms. There aren’t any third-party apps for the Charge 5. And there’s no built-in voice assistant, like you might find on an Apple Watch or a Wear OS smartwatch.

Fitbit is advertising a few new health features for the Charge 5, including the new electrodermal activity (EDA) sensor to measure how your body responds to stress. (Fitbit introduced this feature with last year’s Fitbit Sense smartwatch.) Once you’ve started the reading, you put two fingers on the sides of the Charge 5 and hold them there for two to seven minutes (you can customize the length). After, you’re asked to record your mood, and then the Fitbit will tell you more detail about your scan. Fitbit can also give you a Stress Management Score, but you’ll only be able to access a detailed report about it if you’re a Fitbit Premium subscriber.

Two other features aren’t ready yet, though, so I couldn’t test them. One is the “Daily Readiness Score,” a Fitbit Premium-exclusive feature that recommends how hard you should work out based on factors like your recent activity and quality of sleep. Fitbit says that feature is “coming soon,” and it’s not a Charge 5-exclusive feature; it will also be available on the Fitbit Sense, Versa 3, Versa 2, Luxe, and Inspire 2. An ECG app is on the way, too, but that also has a vague “coming soon” release window. When I asked, the company wouldn’t give a more specific timeline.

The Charge 5 is available to preorder now, though Fitbit wouldn’t share a more specific timeline for shipping beyond “late September.” (Amazon’s listing for the Charge 5 says it will be released on September 27th, however.)

Overall, it’s hard for me to recommend the Charge 5. It’s a capable fitness tracker, and it offers a lot of features found on more expensive smartwatches at a lower price. But the small display, lack of a physical button, and sometimes poor UI mean it can be a hassle to use. For me, any annoyances are magnified when I have to deal with them in the middle of a run. Until Fitbit fixes those, you might want to consider something else.

To use the Fitbit Charge 5 on iOS, you must agree to:

There are also three optional agreements:

In total, that’s two mandatory agreements and three optional ones.