The tradeoffs aren’t worth it anymore

The Surface Go 3 is Microsoft’s smaller-sized Surface tablet. It has a 10.5-inch screen and one fewer port than its larger Pro sibling, but otherwise looks very much the same. That means it offers the same excellent build quality and overall premium design as full-sized Surface tablets. It is a great-looking device that’s often a pleasure to use — so long as you don’t use it to do too much or need it to last very long.

Microsoft Surface Pro 8 review: the best of both worlds

Our review of Microsoft Surface Go 3 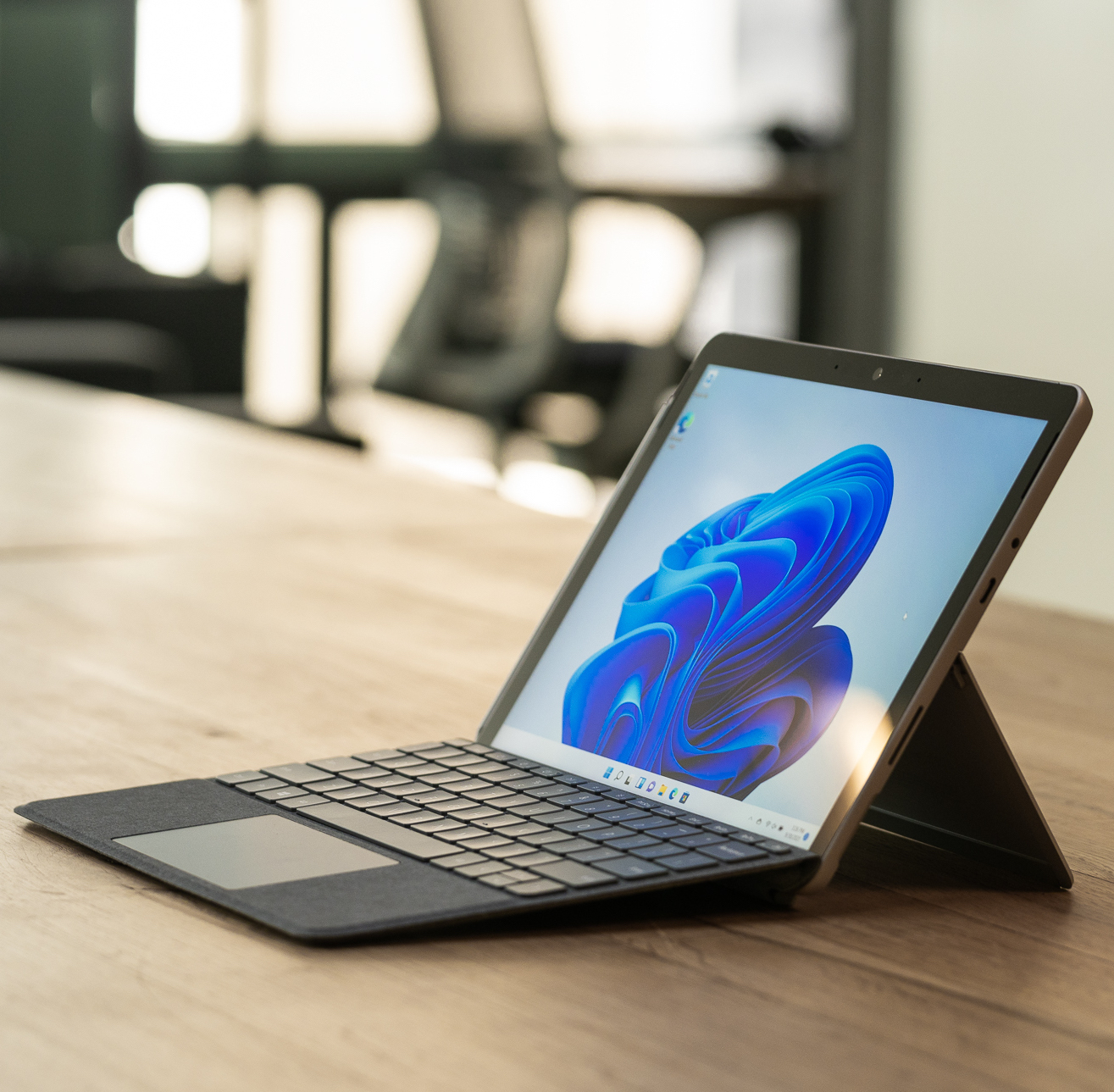 Once upon a time, if you could only spend a limited amount of money on a computer, you had to accept that it would be slow. Those times are behind us: you can get a Chromebook, an iPad, and even some Windows laptops for under $500 that will run circles around the Surface Go 3, even the higher-spec model that I’m testing with a Core i3 processor that costs $759.98 with the fancier Alcantara Type Cover.

The Go 3 starts at $399.99 with a Y-series processor and a paltry 64GB of slower eMMC storage and 4GB of RAM. I can’t imagine anybody using that edition for anything more than light web browsing.

I’ve always said the Surface Go is a fine little computer if you understand its limitations and are willing to work within them. But by the third generation, you’d think Microsoft would have found a way to either remove more of those limits or provide better tradeoffs for them. Unfortunately, neither of those things have happened this year.

The long and (especially) short of this review is simply this: four and a half hours. That’s the longest I was able to keep the Surface Go 3 running in active use. One of the apps I was running was power hungry (that’d be Slack), but the only other app was the Edge browser with somewhere around a dozen tabs. That’s it. When I took the Go 3 outside and needed to crank the brightness up, that battery life dropped to three. I’m not sure where Microsoft gets its 11-hour estimate, but it’s far from reality.

If the battery life were better, my old advice about working within this computer’s limitations would still apply. It has Windows 11 by default — read Tom Warren’s full review here — and though the edges are rough, the interface overall feels really nice and usable on this smaller, 10.5-inch touchscreen. Snap Assist for tiling windows is especially useful with this smaller screen, since it’s harder to get windows to the arrangement I’m used to on bigger displays.

Windows 11 has an advantage over iPadOS in that it actually supports multiple users. And compared to ChromeOS, it can run many more useful apps (though not yet Android apps). But it’s possible to get all those Windows benefits without making all the compromises the Go 3 demands.

The overall physical design is unchanged — a bummer since the Surface Pro 8 got such a big update this year. It still works with the older Surface Pen design if you have one of those, but it doesn’t support haptics from the newer pen. The Type Cover still has a nice keyboard but a flimsy keyboard deck. It’s so flimsy that I often accidentally click the mouse simply by resting my hands on the palm rests when it’s on my lap.

Perhaps the most baffling part of the Surface Go 3 is that it isn’t using an Arm-based processor, like the Surface Pro X. If it did, I have to imagine it would get the benefits of longer battery life without taking too much of a speed hit (even the Core i3 version can’t be described as “fast”). Perhaps those aforementioned IT pros wouldn’t be able to run the apps they need on Arm — or perhaps Microsoft simply didn’t want to spend the R&D budget necessary to redesign the Surface Go 3 around a new chip.

Last year, I said the Surface Go 2 was easy to love and hard to live with. And despite everything, there are times I really do love using the Surface Go 3. There is something wonderful about having such a tiny, light device that theoretically can do anything a bigger Windows computer can do — albeit more slowly.

Unless having a tiny Windows tablet is an absolute necessity, there are better options. If you don’t need Windows, ChromeOS and iPad devices can be this small and last longer on a charge. If you do need Windows, there are plenty of computers that are just slightly larger but offer way better value. In fact, at this price I’d recommend tracking down a used or refurbished Surface Pro.

The Surface Go 3 is always a joy to carry and often a joy to use, but I wish I could use it for longer.