Roku has replaced its Streaming Stick Plus, long one of the top recommendations for an affordable 4K streaming player, with the new Streaming Stick 4K. The name is different, but the hardware looks practically identical on the outside — not that design has any significance in this case. Like its predecessor, the 2021 model plugs into an HDMI port behind your TV and is forever hidden away from everyone watching entertainment on the screen.

What’s more important are its upgraded capabilities: the new device is faster, offers improved Wi-Fi performance, and adds support for Dolby Vision and HDR10 Plus. (The older stick was released before Vision settled into must-have status.) And it costs the same $49.99 as before. You can also buy the Streaming Stick 4K Plus, which bundles the same exact hardware with Roku’s Voice Remote Pro that I reviewed (and liked) a few months ago. 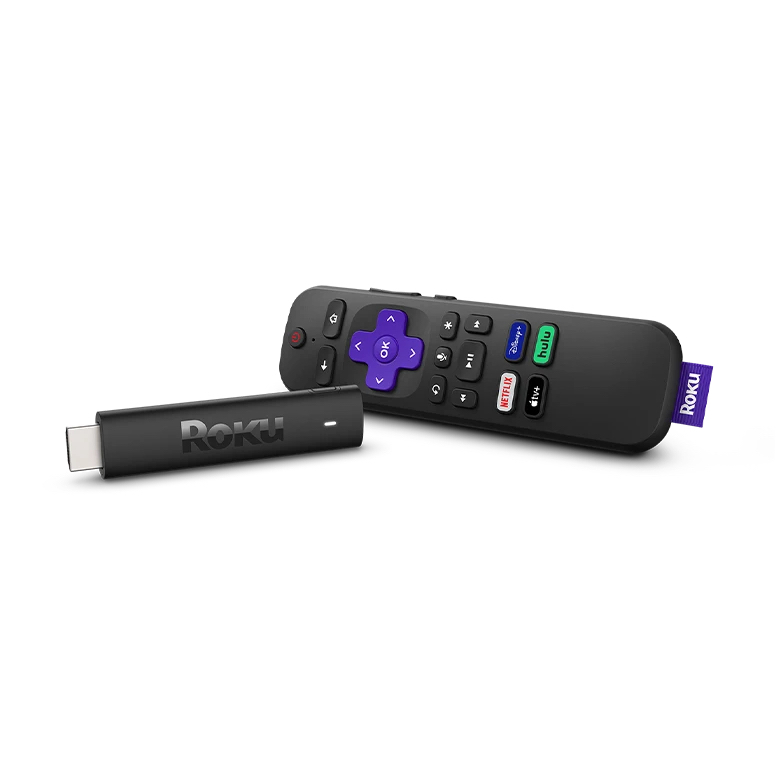 But aside from quicker boot-up times and apps loading a hair faster, nothing about the experience of using this Roku feels any different. It’s the same simplistic Roku software that has helped the company amass an enormous active user base and stay neck and neck with Amazon as the leading streaming platforms. Roku continues to refrain from overhauling its familiar grid-of-apps homescreen, instead focusing on smaller tweaks and new sections like “Featured Free” that highlight free-to-stream content — mostly to the benefit of the company’s own ad-supported Roku Channel. But the comprehensive universal search, which prioritizes free content and your existing subscriptions over paid options, remains as excellent as ever.

The Streaming Stick 4K looks very similar to the Stick Plus. Whereas that device was mostly glossy, this one is all matte black plastic except for the “Roku” lettering. (Does any of this even matter when you’ll never see the thing after plugging it in?) They’re mostly the same size — the newer stick is just barely thinner — and there’s still a MicroUSB port for plugging in the power cable. The included USB power cord also houses a long-range Wi-Fi receiver, so you’ll definitely want to use that instead of another USB cable you might have laying around.

With the standard Streaming Stick 4K, Roku includes its regular voice remote with shortcut buttons for Netflix, Disney Plus, Apple TV Plus, and Hulu. There’s no headphone jack on this base remote; you’ll need the Voice Remote Pro for that and other features like hands-free voice commands, a rechargeable battery, and built-in remote finder. But this one covers all the essentials and has basic TV controls for power and volume.

There’s a lot of hand-holding during the initial setup of a Roku device, the bulk of which actually happens through a web browser and not the device itself. After activating the Streaming Stick 4K with an email link, I was asked which of the top streaming apps I wanted to be installed, and Roku also presents additional app recommendations based on categories (free movies, live, news, comedy, sports, etc.) in which I signaled interest. That’s all well and good, but before everything was done, there’s also a screen with info about over 20 free trials for streaming services. Many of these were for subscriptions handled directly by The Roku Channel. That’s where things started feeling a little spammy, but soon after, I was dropped into the same-as-ever app grid homescreen. When it does come time to log into streaming apps on the Roku, you can now use voice dictation to enter your email and password.

From a powered-off state, Roku says the Streaming Stick 4K boots up 30 percent faster than the previous model. I can’t say that’s something I often pay attention to on most streaming gadgets, but the software definitely loaded up swiftly. There’s a more powerful quad-core processor in the new stick, but the company isn’t really making any big claims about it speeding up everyday navigation and responsiveness. Combined with the Stick 4K’s improved Wi-Fi reception — the long-range receiver can now pull down speeds up to twice as fast as before — apps worked smoothly and streams got started without any delays. But whereas Amazon recently brought Wi-Fi 6 to its similarly priced Fire TV Stick 4K Max, the Roku is still on Wi-Fi 5.

In using the Roku Streaming Stick 4K, you’re agreeing to:

Dolby Vision is the main reason to upgrade to the Streaming Stick Plus from an older Roku model. There’s now a vast selection of content using the HDR format across popular streaming services like Netflix, Disney Plus, Vudu (which is now Roku’s default rental store), and others. And the Streaming Stick 4K played it all back without any problems — not that I’d expect otherwise. HDR10 Plus is more of a factor if you have a Samsung TV and it’s still more limited in content selection. During my time with the unit so far, I didn’t run into any overheating issues that the Streaming Stick Plus could occasionally be susceptible to. Also remember that Roku’s players now support Apple’s AirPlay 2, making it easy to play content to the device from an iPhone, iPad, or Mac.

But at the end of the day, this is a slightly faster Roku (with more robust Wi-Fi) that’s now up to speed on HDR formats. So the reasons for buying it are the same as any other Roku: there’s the extremely simple user interface, and you’re getting a wide selection of apps without any obvious content holes. And you’re paying an appealingly low price for all of it, though not everyone is a fan of Roku’s level of data collection and sharing with advertisers, which helps keep the price of these devices so low.

By now you probably know which streaming platform you favor the most: Roku’s the easiest to use but lacks any substantial smart home controls, Fire TV offers a ton of value (and Alexa) for similarly low prices, Google TV has the best recommendations, Apple TV has the most reliable performance, and products like the Nvidia Shield add gaming and the freedom to tinker with software. The Roku Streaming Stick 4K is a very safe evolution of one of the company’s bestselling products, and it delivers on the improvements that were needed like Dolby Vision. If your Roku is feeling sluggish or can’t get the most from your new 4K HDR TV, it’s a fine time to upgrade.