A note from our editor-in-chief

Reflecting on 10 years of The Verge

Share All sharing options for: A note from our editor-in-chief

The Verge is now 10 years old, which feels like both a very long time and none at all. I very clearly remember when The Verge did not exist, but now we have been around for a decade and a substantial number of people think The Verge is a TikTok channel, such that we have now made two TikToks explaining that we also operate a website. This is good. Anything else would mean we’re already dead. 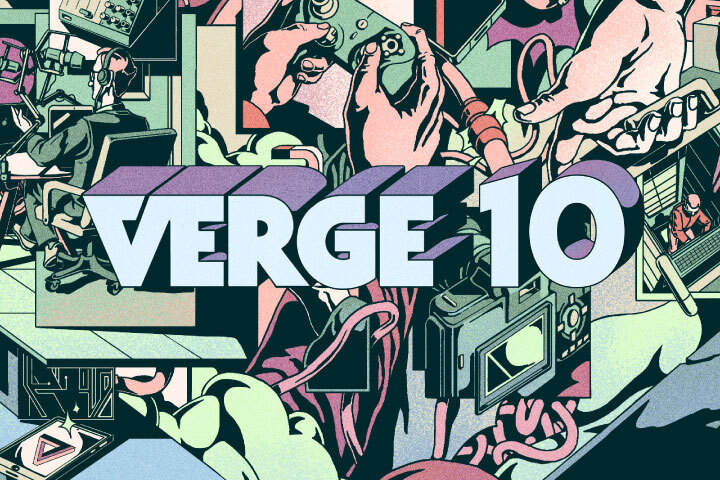 This story is part of Verge 10

We dreamed up The Verge during the same moment in time that Instagram, Snap, and Twitch were founded. We were running a primitive version of the site called This is My Next when Siri was introduced; The Verge predates Alexa and the entire concept of Netflix original programming. We are older than Google Photos, Timehop, and Peloton; we launched with a glossy story on the first Nest thermostat. The very first Oculus VR prototype was shown to us in a Las Vegas parking lot. The Verge is older than Slack; we are about as old as movies in 4K.

We seem hardwired to forget that things didn’t always exist and to take for granted that they exist now. The entire history of recorded sound is less than 150 years old, a blip in time. You might spend entire days with headphones in your ears, awash in sound, but until the invention of the phonograph in 1877, no one in the world had ever listened to music alone because listening to music required at least one other person to play an instrument for you. Ada Lovelace wrote the first computer program, but she never listened to music alone. You simply cannot imagine her relationship to music because our technology has utterly shaped your own.

All these things were once new, delicate, and unproven. They were dreams.

The basic camera technology in our smartphones and laptops has only existed for around 30 years; the CMOS sensor was first invented at NASA’s Jet Propulsion Laboratory in the 1990s. Today, almost every facet of our lives is shaped by CMOS cameras, from dating to work, from school to the social justice movement. The NASA engineers working on CMOS did not know Tinder would exist one day. They did not know that their cameras would cause a worldwide reckoning over the power of the state and how we treat one another. But here it is. Here we are.

But also: all these things were once new, delicate, and unproven. They were dreams — visions unfolded from the back of the bar. Now they are here in ways that seem permanent and unyielding. Every year, we meet a new part of our audience that thinks The Verge is itself permanent and unyielding, an institution like any other. Earlier this year, an earnest young tech founder told me he’d been avidly reading The Verge since we started, a very nice compliment that means he’s been reading our work since he was 15 years old. To him, The Verge was never a fragile collection of people who’d quit their jobs all together to try and start something new; it just was. That founder is also a billionaire working on technology that might one day reshape all of society yet again, and if he is successful, the best outcome is that one day, people will take his work for granted as well.

10 years on, The Verge remains dedicated to exploring how the experience of our lives is not only shaped by technology but, in many ways, created by it. That point of view — and the ways we express it in our articles, our podcasts, our videos, and yes, our TikToks — did not always exist. And if we have accomplished anything over the past decade, it is demonstrating clearly that a very large audience of people is interested in seriously examining their relationship to technology and technology’s relationship to culture. The internet is real life, and real life is connected.

The very best Verge stories are fundamentally about how technology makes us feel — from the simple materialist joy of seeing a beautiful new product revealed to the complicated existential crisis caused by social network moderation. We believe deeply that understanding how something works is essential to understanding what it means: that knowing how a photo is made tells us something important about images in our culture. There are people making choices on both sides of every button: the people who put the buttons there and the people who push them.

The effort happens, and the world changes. We change.

The story of technology is itself the story of human effort: the work it takes to make the phones bigger, to make the batteries last longer, the connections faster, the networks safer. Oftentimes, these efforts fail; oftentimes, the effort is organized around profit or control instead of kindness or care. But again and again, the effort happens, and the world changes. We change.

I want to thank The Verge team, past and present — the number of truly brilliant people who work or have worked on The Verge is staggering to behold, and our newsroom has always been uniquely collaborative and prone to bursts of creativity and laughter. The number of people who’ve left The Verge to take leadership positions elsewhere has always been my favorite measure of success — and our alumni are not shy about holding us accountable to the standard we’ve set for ourselves.

Most importantly, we are sincerely thankful for you, our audience — we love that our audience cares for us, pushes us, and demands ever more of us every day. The Verge is a big thing that feels small; we’re going to keep it that way.

We’re going to set off on the next 10 years with some new ideas of how to do our work better and in a more useful and comprehensive design that is soon to come. We expanded our newsroom in ambitious ways this past year, and we’ll expand again next year. We will bring The Verge’s point of view to more podcasts, to new partnerships, and to new mediums. We will continue producing award-winning feature and investigative journalism and continue writing short blog posts about how silly our world can be. And we will continue to care about technology and science, the experiences and culture they produce, and how they are changing us over time. And yes, we will keep making TikToks about how we also have a website.

No matter what, we will be The Verge. We live in the future, because there’s nowhere else to go.

Snap is planning to lay off employees

You now have two days to delete that embarrassing WhatsApp message