Regina Dugan on her plan to redesign wearables, develop modular phones, and kill the password

Regina Dugan, the head of the Advanced Technologies and Projects (ATAP) group at Google, is blowing my mind. She’s describing Soli, a project to put radar into wearables so sensitive that it can detect sub-millimeter movements in your fingers. You could, she says, control your smartwatch by making a tiny twisting gesture over it. Dugan says her team will prove it can be done, and done at what she calls a “convincing scale.”

And I totally believe her.

Five minutes into our conversation at ATAP’s headquarters, Dugan was up at the white board, charting out how science and commerce and could (and should) interact to create meaningful technological breakthroughs. It’s an ambitious, compelling, and far-fetched approach. But just three years into ATAP’s existence, it’s already yielding results.

"A small band of pirates trying to do epic shit."

In that span, ATAP has developed Project Tango, a tablet that knows where it is in space in real time, into a stand-alone Google division; it’s launched three other secretive projects into Google; and it's begun a pilot to sell modular smartphones in Puerto Rico. At any given time, Dugan tells me, ATAP has nine to 12 active projects. Each has a strict two-year deadline to achieve its goal, and those goals are heady — the radar-enabled smartwatch is just the beginning.

Last year at Google I/O, Dugan showed us "a glimpse at a small band of pirates trying to do epic shit." This year, she’ll give us more than a glimpse: we’ll see several of those projects come to fruition and several more be announced. They include tech-infused fabrics, a new security paradigm for computers, and a computer small enough to fit inside a microSD card. ATAP is also premiering a 360-degree, live-action monster movie directed by Justin Lin called Help! shot with six Red EPIC Dragon cameras on a single rig.

Dugan describes everything ATAP does as "badass and beautiful," and after watching Help!, I’m inclined to agree.

ATAP’s model for innovation is essentially ported over from Dugan’s time leading DARPA, the government agency responsible for once-out-there initiatives like the internet and stealth technology. The development structure is built around a concept outlined in Pasteur’s Quadrant, a 1997 book by Donald Stokes, and it goes a little something like this:

There’s a scale for how to think about science. On one end there’s an attempt to solve deep, fundamental questions of nature; on the other is rote uninteresting procedure. There’s also a scale for creating products. On one end you find ambitious, important breakthroughs; on the other small, iterative updates. Plot those two things next to each other and you get a simple chart with four sections. 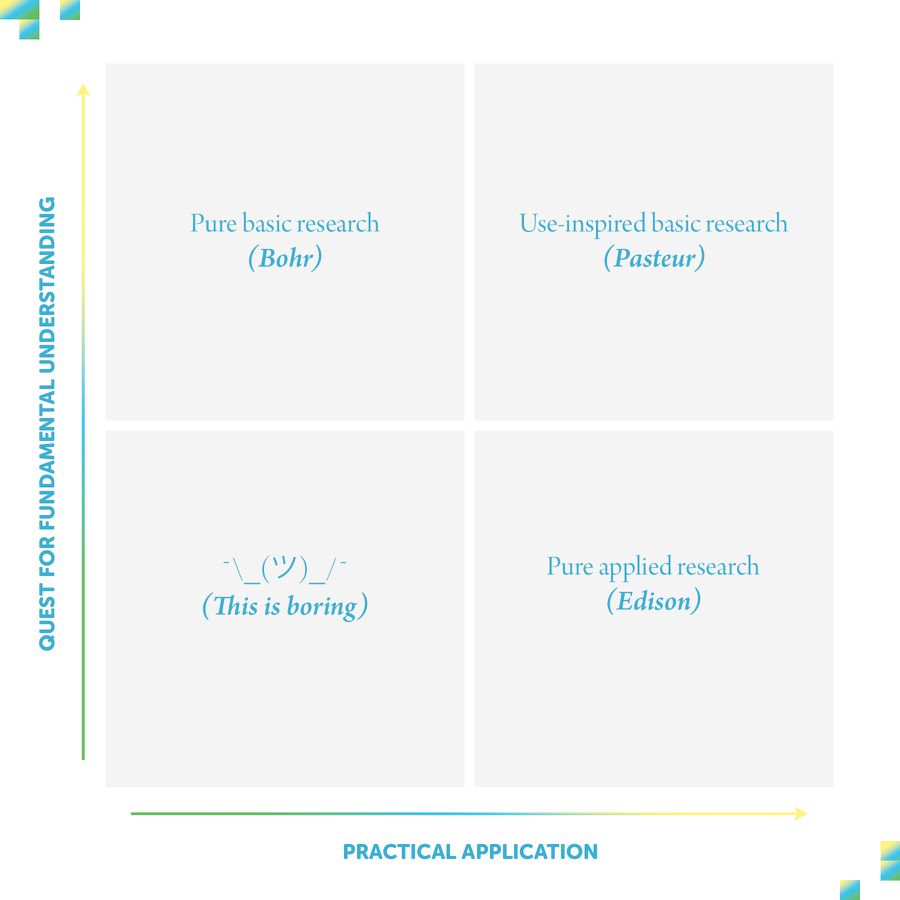 But in the upper-right quadrant we find Louis Pasteur. Pasteur did fundamental research that proved micro-organisms exist and spoil beverages like milk and beer, but he did it specifically with an eye to create a process to protect us from them. Hence, pasteurization.

ATAP projects are defined by that rare combination of high stakes and high science. Dugan and her team work to identify inflection points in science, when researchers could be on the cusp of something new, and then look to see if it could be utilized in the service of an important new product.

Dugan tells me that ATAP is working on a new kind of way to think about computer security, a "multimodal continuum of trust." First, ATAP sees a science opportunity: multi-signal biometric identification is advanced enough that mobile devices can take advantage of the technology. Imagine a device reading and identifying your fingerprint, walking gait, the cadence of your voice, and the staccato rhythm of how you type. Then, ATAP pairs that science with a product opportunity: rethinking security in a way that isn’t simply 1 or 0, but a spectrum. I might want my browser to require a lower security threshold — my typing style — but I’d want a much higher threshold for my banking data. By combining multiple security signals with a continuum of security levels, logging into my devices could become secure without me having to ever punch in a passcode. 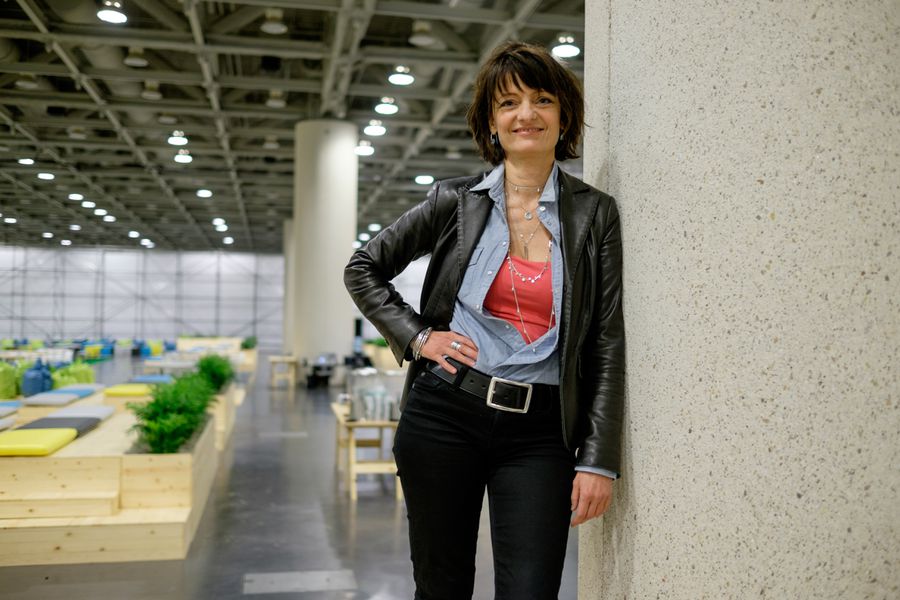 Take Spotlight Stories: ATAP recognized that mobile devices were capable of higher-quality graphics, just as more and more motion sensors were being adopted. On the product side, it saw a need to create new kinds of entertainment for your smartphone. Put the two together and you have Spotlight Stories, immersive 3D video created by Hollywood talent that feels like nothing you’ve seen before.

Traditional R&D, as Dugan describes it, follows a much more linear path. Basic research is followed by applied science and capped off by a product. That process can, and does, work well. But it usually takes time, and the solutions it offers often seem iterative instead of revolutionary.

Sundar Pichai sees a place for both kinds of research within Google. "I would draw a distinction between things like research and ATAP," he says. Sometimes those efforts can appear to overlap, as they do with Cardboard's Jump virtual reality movies and ATAP's Spotlight Stories 360 degree video. "Our real efforts for how we bring real content into it is happening through our core efforts related to Cardboard," says Pichai. But he also notes that ATAP’s budget isn’t as large as you might think. The fact that it’s able to take those risks and do it cheaply is actually part of the core structure of the organization. Dugan notes that DARPA’s budget was practically a "rounding error" at the DoD, but that it was nevertheless essential to its innovation model.

ATAP has a disciplined approach, but it's also opportunistic in the problems it decides to tackle. Take computer security, a thorny problem that’s only getting thornier. Traditional R&D has hackers and security experts in an arms race. ATAP’s philosophy is to take a step back and look at the problem from a wider angle: increasingly, there’s simply too much code to protect. One obvious solution is to make something that uses less code, but then you have a computer that doesn’t do much. That’s the product opportunity.

Once you pass the two-year hard deadline, either the market or the science are liable to pass you by

The science comes in the form of ever smaller and cheaper processors. Dugan showed me a microSD card encased in glass, complete with a tiny Android logo on it. It’s an actual computer with a processor and memory, she says, designed to be a secure vault with a much smaller "surface area" of code for hackers to attack. The processor handles the encryption primitives, and when you plug it into a phone or a computer, it simply shows up as a file system — no drivers required.

These tiny vaults should also be able to talk to each other, Dugan says, and ATAP will start by piloting some programs with big enterprise companies. In the future, they could secure all the devices coming into our homes thanks to the Internet of Things, many of which use microSD cards. They could also be a boon to anybody who needs to keep files secret and secure, from government spooks to the reporters and activists who oppose them.

Not all ATAP projects result in successes. The group investigated a means of reducing power consumption on mobile devices, but it determined that the science it was pursuing wouldn’t yield dramatic results — and Dugan says that ATAP isn’t in the business of trying to compete with hordes of engineers already working on improving battery efficiency. So ATAP killed the project.

Killing projects is a fundamental part of ATAP’s plan: once you pass the two-year hard deadline, either the market or the science are liable to pass you by. At the end of the two-year mark, there are essentially four options: kill it, transfer it to Google, spin it out into an independent agency, or (more rarely) grant an extension. 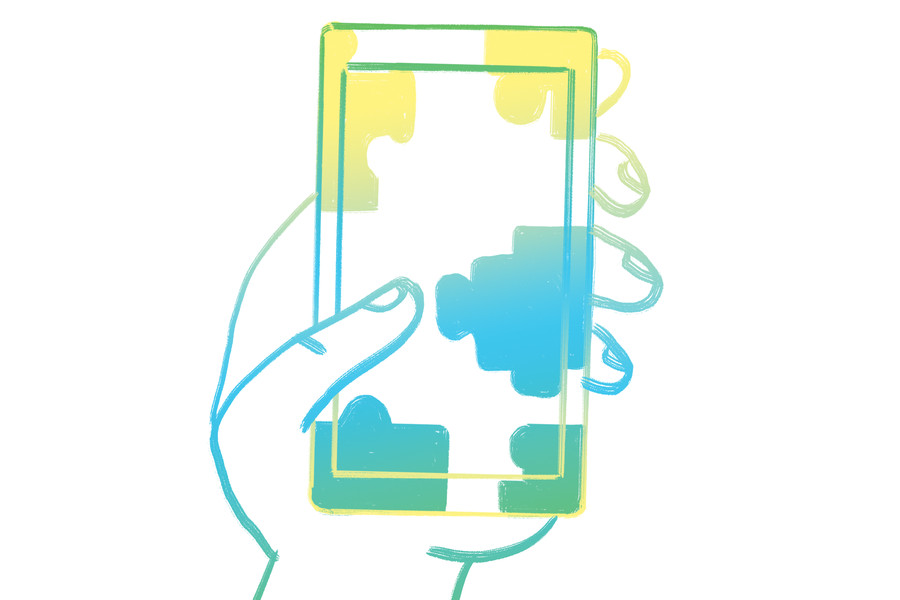 But even when it does extend a project, as it has with the Project Ara modular smartphone, ATAP refreshes the entire team. The "technical product lead" for Ara, Paul Eremenko, is moving on to a new gig. He’ll be replaced by a team that’s more suited to turning Ara into a commercial success. It will be led by Rafa Camargo, who comes to ATAP after stints at Motorola and Amazon’s well-regarded Lab126.

Teams are the last part of ATAP’s strategy: they’re very small, on the order of a dozen or fewer employees. That keeps the divisions feeling like startups. But ATAP augments those teams with a huge number of outside contractors and partners — 514 in total over the past three years. ATAP also has standing agreements with over 30 universities, which allows its teams to easily partner with researchers. Dugan says that ATAP is "generous" in letting those universities hang on to the intellectual property these partnerships create while "vigorously defending" ATAP’s right to use it for its projects.

One of ATAP’s next big projects is tackling a fundamental problem with wearables: they’re small. As the size of the thing you’re interacting with decreases, it gets harder to manipulate. Dugan talks about Fitts’ law and how the body is actually an information system: on a tiny screen, your fingers simply don’t have the bandwidth to do complicated interactions. 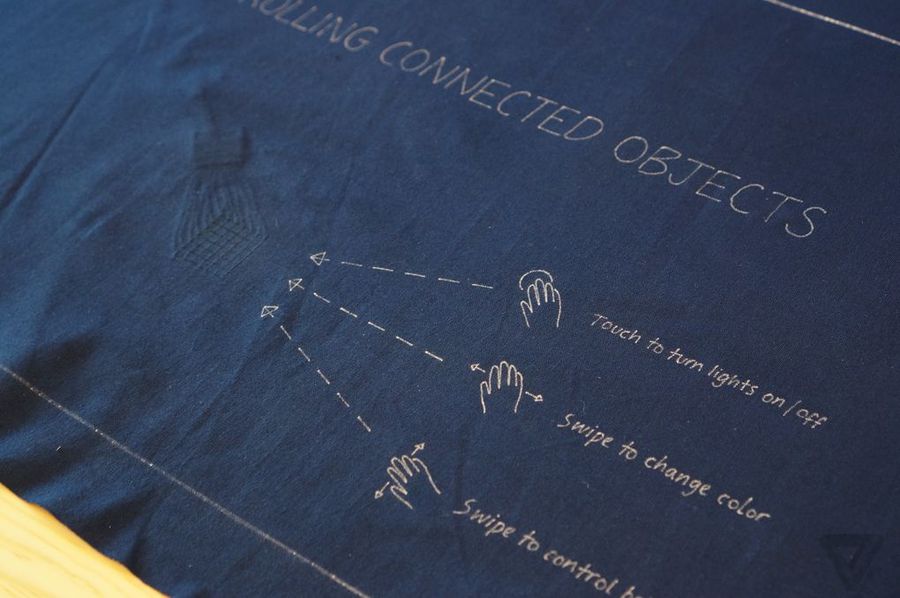 Soli allows you to use a system that’s very high-bandwidth: your fingers

But what if ATAP could give you more bandwidth? That’s the idea behind Soli. It allows you to use a system that’s very high-bandwidth: your fingers. By detecting the location and movement of your fingers in space — right on down to using the doppler effect to detect speed — you can enable rich interactions. If the science works, it becomes a problem of defining the "vocabulary" of movements. Sliding your thumb against your finger could scroll, tapping them together could select, a flick could dismiss. ATAP is also approaching the problem of interaction bandwidth by providing a larger surface area using touch-sensitive fabric.

For Dugan and ATAP, these projects are more than just tech demos. They’re a real attempt to make real products. ATAP’s terminology for this is "demonstration at convincing scale," which is to say that you can’t just show it in a lab, you have to prove that it can be a viable business. It’s a philosophy she learned at DARPA. If the Department of Defense is going to invest in stealth bombers, it needs to know they’ll actually work. The same goes for everything at ATAP.