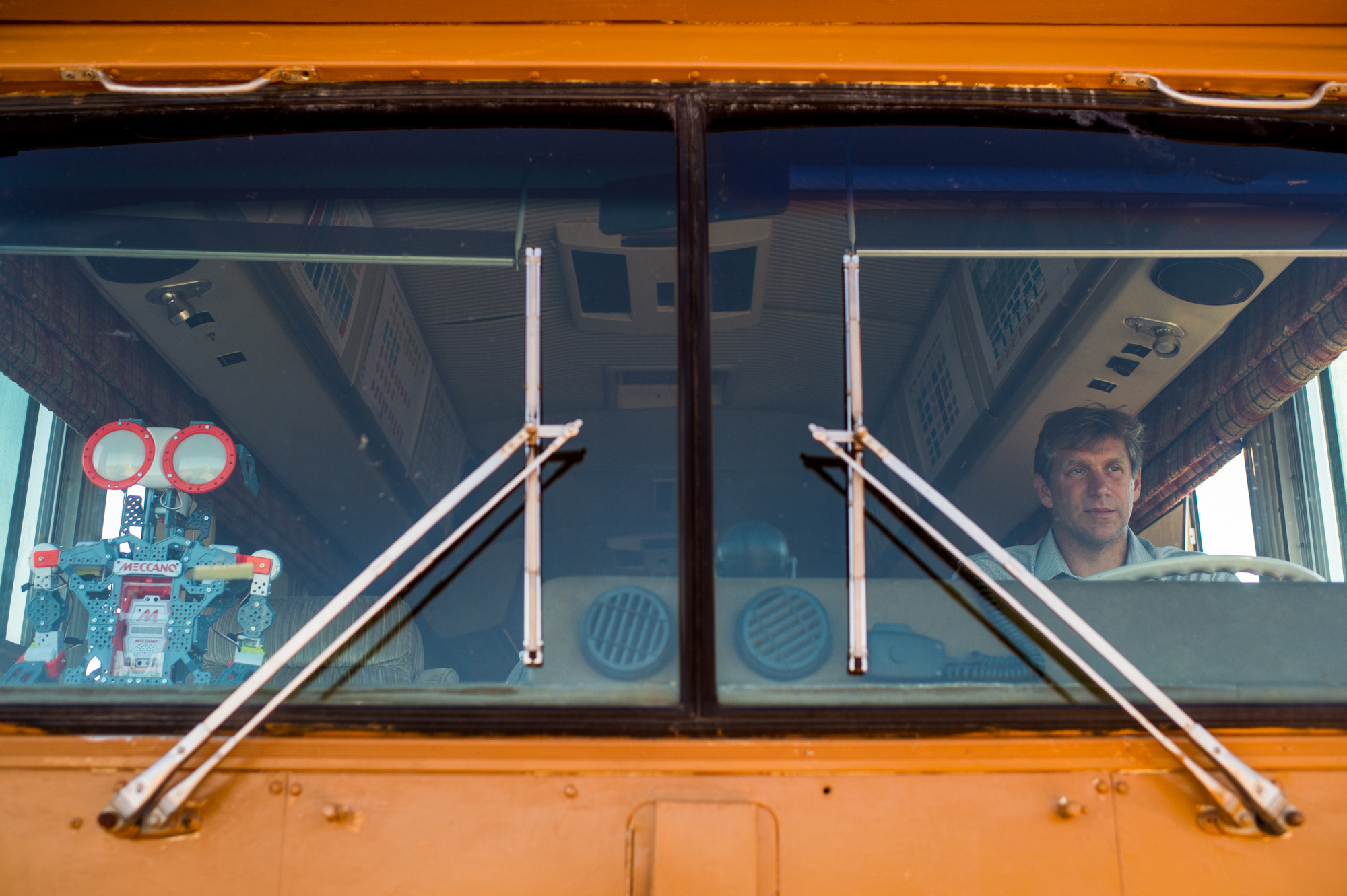 Imagine our world characterized not by scarcity, but by abundance. In a future, not too far from now, hunger, disease, war, poverty, aging, and death itself will be things of a barbaric human past. Environmental degradation will be solved, and climate change will be nothing to worry about. Work too will become a thing of the past, as intelligent machines allow us to indulge our dreams and live with absolute, unbounded freedom.

You will be unrecognizable to yourself today. Advanced medical science will mean that you will never be sick. Your cells will never age, and so you will never die. People long since dead will be brought back to life. Smart drugs, so primitive in their enhancements today, will grant you a perfect mind with a genius IQ, for the price of a pill. You will have whatever body you desire.

You will have whatever body you desire

In a world without want, violence will become archaic: the weapons of the world will be disassembled and destroyed. With human intelligence having ascended to rational perfection, politics and religion will lose their current meaning. Governments as we know them will be rendered obsolete, and disbanded. Concepts of race, gender, and power will all disappear.

Interstellar travel will be cheap and common. Robots will mine asteroids for resources to bring back to Earth, just one of thousands of planets that our new technologies will have terraformed and made habitable for the hundreds of billions of immortal human beings living in the universe.

When machine intelligence reaches the point at which it can infinitely improve itself, we will have reached the Singularity and there will be no more natural or physical limits to humankind. Anything will be possible. Everything will be plentiful.

All this and more is the fantastical dream vision of the future according to transhumanism.

Zoltan Istvan is blue-eyed and sandy blonde like the San Francisco surfer that he is. He is tall and broad shouldered, and the sun has bleached the hairs on the back of his neck white. At 42, he has the excitable demeanor of a late teenager barely constrained by the body of an adult. Zoltan is a prodigious and easy-going conversationalist who speaks in the deep and pleasant timbre of a born orator.

Zoltan’s platform is nothing less than eternal life

The phrase he will offer up more than any other is an upbeat, “No worries,” issued forth as he checks his constantly overflowing inbox, or fields calls from producers and volunteers, or attempts to mediate growing displeasures among his party advisors. Zoltan is his own assistant, secretary, receptionist, fundraiser, organizer, numbers man, stumper, and publicist.

It’s a Sunday in mid-September, and I’ve come to spend a week with Zoltan as he drives his coffin-shaped bus from San Diego to Arizona, making a case for why he should be elected the first ever transhumanist president. This journey will eventually take him all the way to Washington, where he intends to deliver his Transhumanist Bill of Rights to Congress. His platform is nothing less than eternal life for everyone on Earth.

However, there are many threats to be fended off before we can all live forever. Which is why Zoltan and a small handful of volunteers from a San Diego transhumanist chapter are staging a protest to warn everyone about imminent catastrophic risks to our survival, and so, to our chances of achieving immortal life after the Singularity.

That’s why we are standing in the colossal shadow of the USS Midway, while Zoltan and his team hold up signs reading, “AI MUST BE SAFE!” and “TRANSHUMANIST PARTY PREVENTS EXISTENTIAL RISKS” and “MAKE LOVE NOT VIRUSES,” while posing for photos for the party’s various social media feeds.

As will happen with almost every stop Zoltan makes on the campaign trail, journalists, photographers, and documentary film crews outnumber the people actually listening to his speeches. At one point, a large group of Segway riders in Day-Glo yellow helmets slowly roll toward us, promising an audience, and then right past us.

Despite the meager turnout, Zoltan is happy. He says that images are what matters where his constituents are: online. His personal videographer will capture nearly every moment on the road, and some clever editing will, Zoltan hopes, make everything look much more vibrant and well attended than it actually was. Zoltan is brazen about this; for many years, he shot video around the world for National Geographic and The New York Times, and he knows how to attract attention. He is media savvy to the point of being manipulative, but his openness about it almost makes it okay. I think.

“You have to pretend that it’s bigger than it is,” he tells me as the sun starts to set over the grey chop of the bay, turning the sky a brilliant pink. “Then it will become bigger than it is.”

Dwarfed by a giant statue of the wartime couple kissing to celebrate the end of World War II, Zoltan strikes me as charismatic, enormously fun to be around, and quite possibly half crazy: the ideal road trip companion.

There are Libertarian, Democrat, anarchist, and socialist transhumanists; others claim no affinity with religion, politics, or policy at all. Like many upstart, ad hoc philosophies, transhumanism is fractured and diffuse and publicly at war with itself almost all of the time. Depending who you ask, there are anywhere from 10,000 to 2 million transhumanists in the world.

Transhumanists all agree on one thing: our evolution is incomplete, and soon, we will transcend the definition of what it means to be human. Through technology we will become something more, something other. Some would argue that the age of transhumanism is already here; that prosthetics, cochlear implants, pacemakers, organ transplants, gender reassignment, the contraceptive pill, and vaccines are all proof that we already live beyond the non-augmented bodies we were born with.

For many transhumanists, Moore’s Law suggests these fields and others will continue to make increasingly accelerating leaps in power until nothing is beyond our reach: this is the Singularity, a theorized future point at which advanced computing will achieve a kind of omnipotent self-awareness and become smart enough to modify, build, and improve itself exponentially. This intelligence will then solve every problem that has so far stumped our greatest minds. The Singularity sits at the very heart of transhumanism, as without it, almost nothing the movement hopes for is possible. Its exact date is regularly rescheduled. Its advocates currently put it sometime between now and 2045.

“The Earth is the cradle of humanity, but one cannot remain in the cradle forever.” Konstantin Tsiolkovsky

Transhumanism’s roots stretch all the way back to Russian futurism of the late 19th century, when Christian mystic philosopher Nikolai Fyodorov proposed that man’s natural destiny was to take to the stars, to achieve immortality through science, to resurrect the dead with medical technology, and to colonize space. Fyodorov’s beliefs came to be known as cosmism. Cosmism sought to achieve human perfection, to unite humanity in a commitment to overcome death and master the cosmos, as God had intended. Fyodorov’s influence would filter directly down to the establishment of the Russian space program in the 1950s and the race to put the first man into orbit.

In 1951, British evolutionary biologist and eugenicist Julian Huxley introduced the term “transhumanism,” describing it as “the idea of humanity attempting to overcome its limitations and to arrive at fuller fruition.” Themes of immortality and endless progress enlivened popular culture at the time: sci-fi pulp magazines like Startling Stories, Astounding Science Fiction, and Amazing Stories told tales of (almost always) men colonizing foreign solar systems, being suspended in cryogenic caskets and woken up in the far future, and devising powerful technologies in order to become immortal Übermensch figures of derring-do. This was a symbiotic relationship that would remain foundational to transhumanism: taking ideas from science fiction and attempting to make them real.

To overcome death and master the cosmos, as God had intended

Modern transhumanism’s most direct progenitors were the extropians of the late 1980s. Max More(born Max O’Connor) is a transhumanist philosopher and the CEO of the Alcor Life Extension cryonics foundation. Extropy, as More envisioned it, stood in opposition to the natural law of entropy: the inevitable decline of all energy in the universe into disorder and chaos. The extropians believed that man can overcome entropy through technology and practical “rational optimism.”

The ideas central to extropy found their way to an online mailing list, which continues today as the longest continually running transhumanist message board on the internet. Many of the tenets of transhumanism — overcoming death, cryonics, mind uploading, nanotechnology, advanced computing, and alternative forms of currency — were widely discussed on the list, which gained both influence and notoriety once its top members were profiled in an early issue of Wired magazine, “Meet The Extropians.”

By the mid-’90s, the techno-utopian vision of modern transhumanism had found a fertile breeding ground in Silicon Valley, where incredible wealth appeared from thin air, and technologies never before imagined seemingly came online overnight. The idea that tech could remake society at every level became the focal point of enormous amounts of investment.

Today, many of Silicon Valley’s biggest companies are pursuing aims that would have pleased Nikolai Fyodorov: Google, through its incorporation of Calico Labs, invests in research into curing aging; Mark Zuckerberg and Sergey Brin, among other tech elite, fund the Breakthrough Prize, which awards $3 million to fund advances in life extension technologies. Peter Thiel co-founded the Seasteading Institute “which will allow the next generation of pioneers to peacefully test new ideas for government.”

Co-founder of PayPal, Thiel is a venture capitalist who has invested in several transhumanist organisations and research projects. Thiel is well known for his Libertarian political views and his opinion that democracy is incompatible with capitalism.

A futurist, computer scientist, and inventor, Kurzweil is best known for popularizing the theory of the Singularity in his book, The Singularity Is Near. Kurzweil works at Google on machine learning projects and believes the Singularity will occur by 2045. He is a prominent public advocate for several transhumanist projects.

Founder and CEO of Amazon and owner of The Washington Post, Bezos funds a wide variety of research and development projects in machine learning and artificial intelligence, quantum computing, robotics, and space exploration. His company Blue Origin currently competes with SpaceX for NASA contracts. While at Princeton, Bezos was president of the Students for the Exploration and Development of Space organization.

Musk is the CEO and CTO of SpaceX, CEO of Tesla Motors, and co-founded PayPal. Musk established SpaceX with the goal of eventually colonizing Mars. He is of the opinion that artificial intelligence could be more dangerous than nuclear weapons and invests in research to ensure its programming is friendly towards human beings.

Diamandis is an entrepreneur and co-founder — along with Ray Kurzweil — of Singularity University, a think tank / startup incubator. Diamandis also founded the X Prize and Human Longevity Inc., a gene-sequencing / machine learning company attempting to cure aging. He is the author of BOLD: How to Go Big, Create Wealth, and Impact the World and funds a variety of private space exploration concerns.

Co-founder of Google, Larry Page co-authored its PageRank algorithm is now CEO of Alphabet, Google’s parent company overseeing its various acquisitions and R&D projects. Page sees populating Mars as a back-up plan for humanity as a worthy goal and has expressed a wish to leave his fortune to Elon Musk to help realize it.

These are just a few of Silicon Valley’s labs, institutes, foundations, prizes, think tanks, and boards advocating for the fulfilment of transhumanism’s dreams. Though they may not call themselves transhumanists, these companies and their CEOs share a common vision with many elements of its worldview: to many of them, redefining the meaning of “human being” is not hubris, but innovation. It is not impossible, but probable. It’s only a matter of time.

President for Life
A Transhumanist Timeline